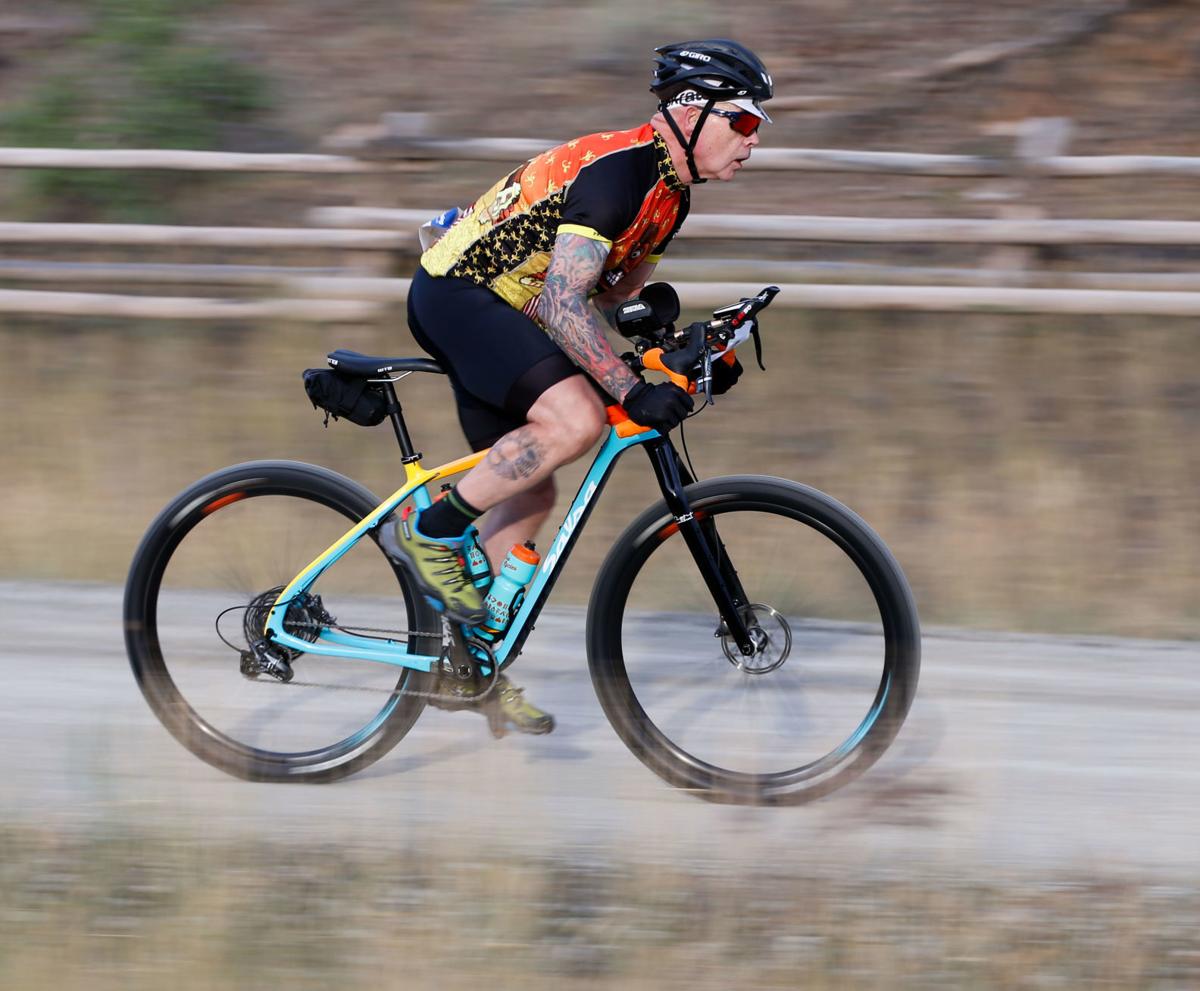 Helena’s Larry Platts rounds the corner at the bottom of York Hill at Saturday’s 16th Annual York 38 Special in York. 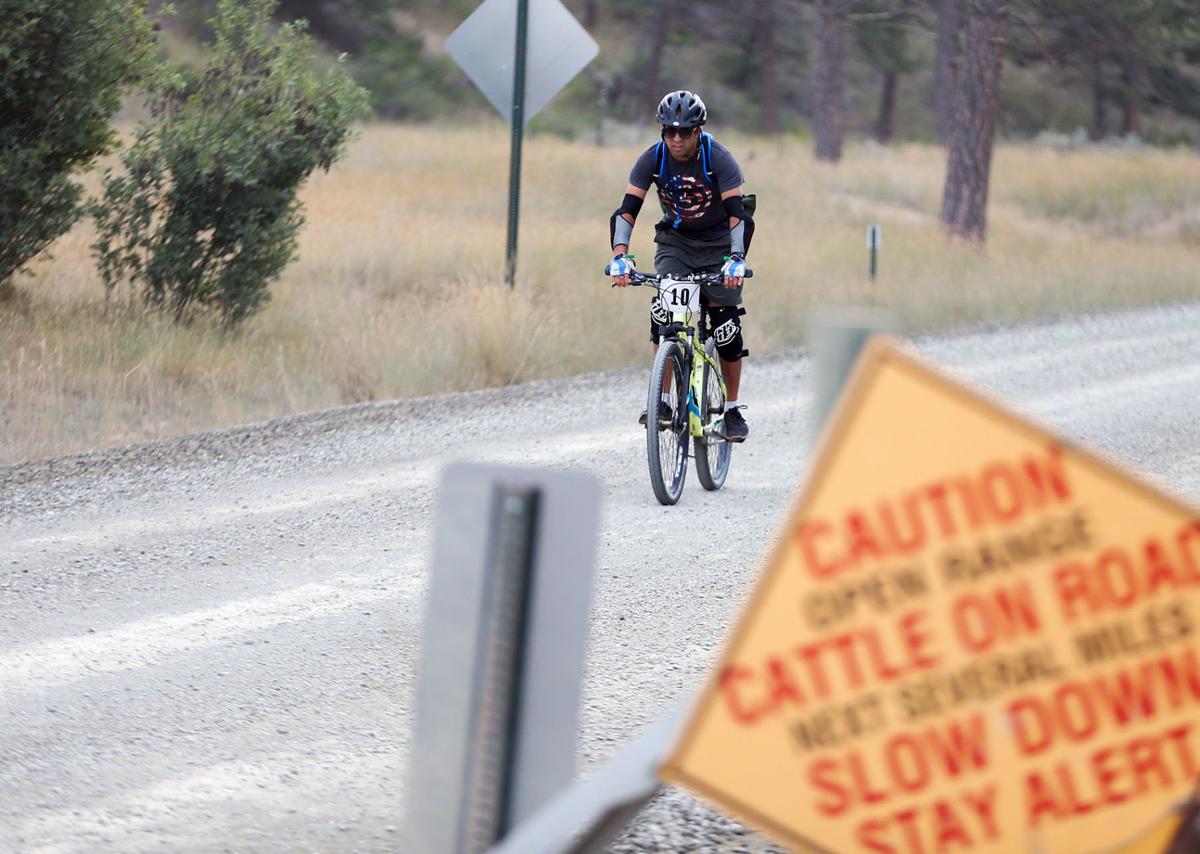 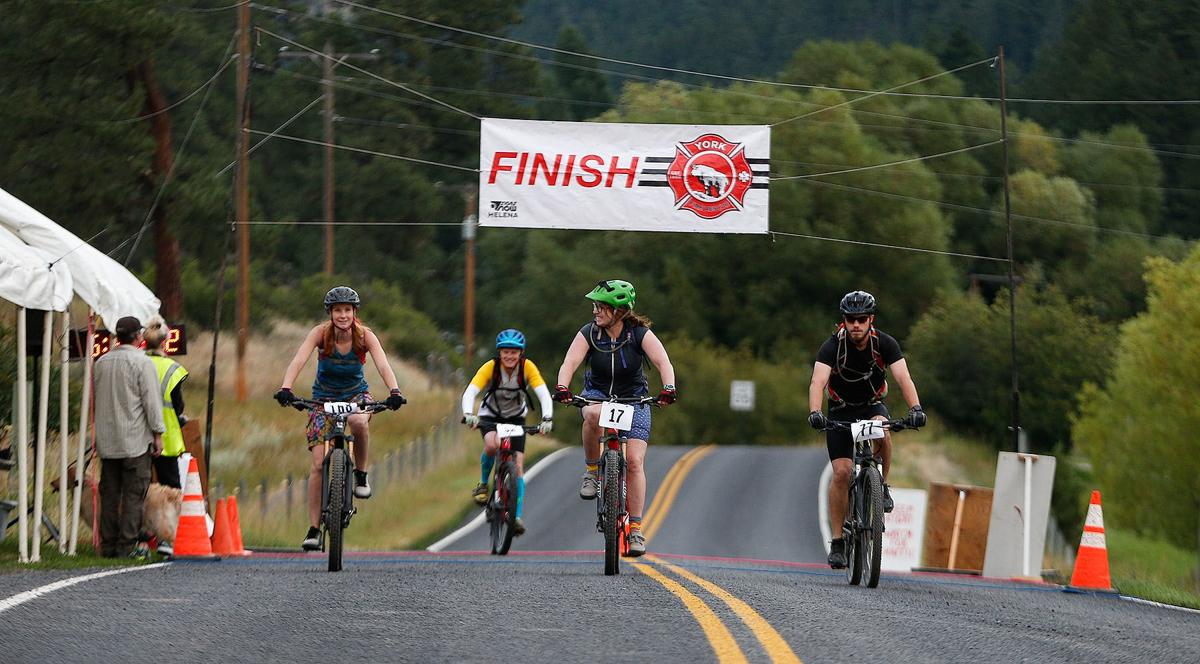 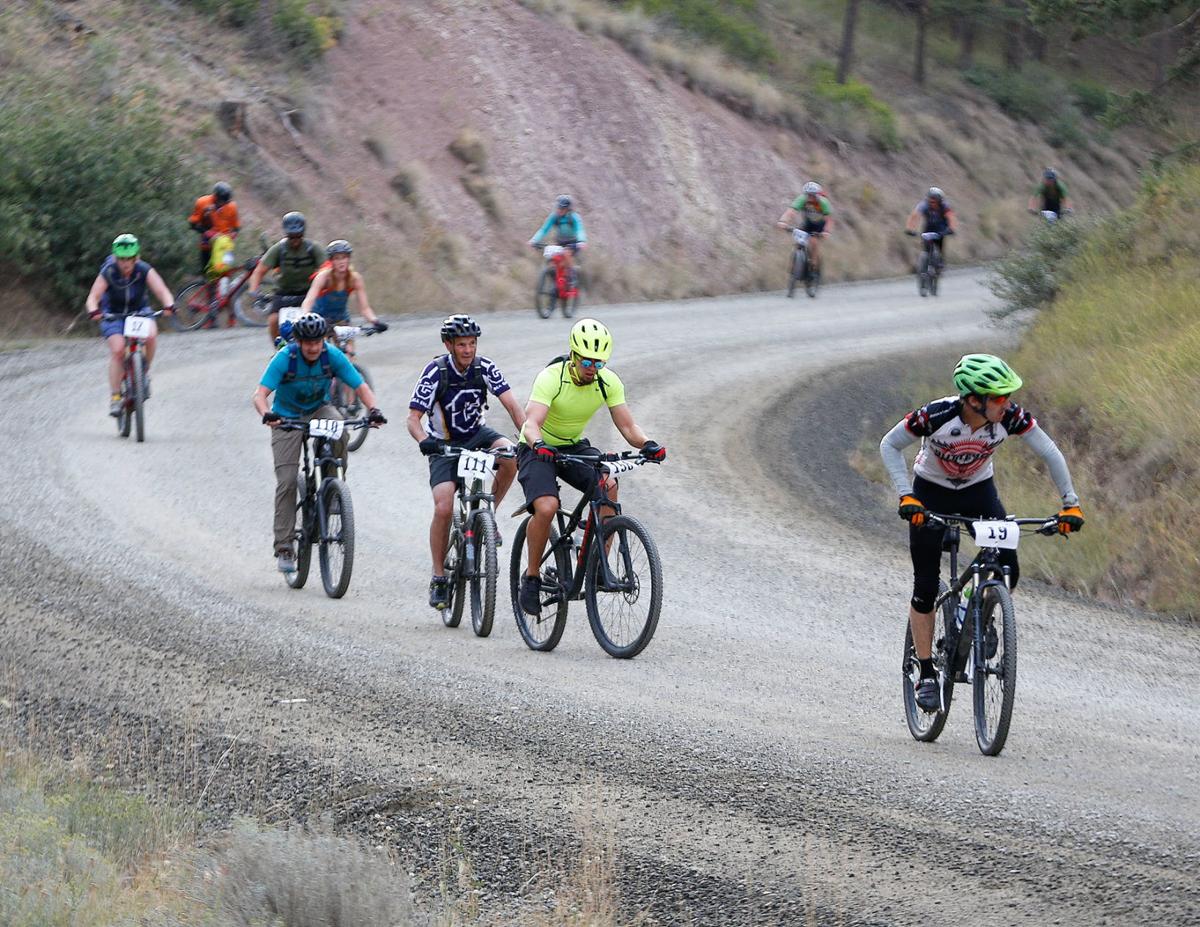 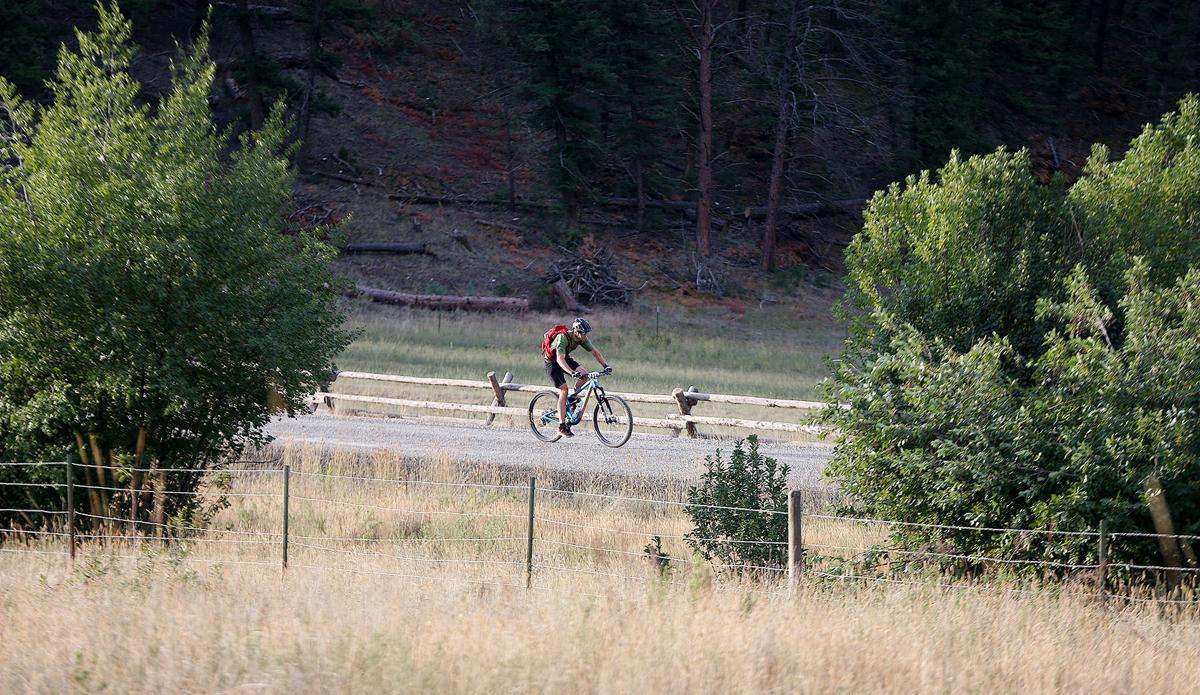 The 16th Annual York 38 Special offers a great view of the scenery around York. The annual fundraiser is for York Fire Rescue.

Following Phillips were runner-up Jaime Burrego of Helena, and East Helena's Cory Martini in third-place, while Schoenfeld finished ahead of Kevin Turchin and Joseph Hamilton, both of Helena, in second and third.

"My goal was 3 hours, and I just missed it by 3 minutes," related Schoenfeld, who was the 2015 York 38 champion, and has placed runner-up three other times. "The course and the volunteers are awesome, and it's just really nice to have a good race like this in your own backyard."

Schoenfeld, 43, was a 3-sport high school athlete - baseball, basketball and football - in Albuquerque, New Mexico, and has now completed "about 11" York 38 Specials.

"It was a good day, they put on a great event, and the best part is the York Burger at the end. One of these days I'm going to go with my kids," he said, referring to daughter Rori (11) and son Bryce (8), "and will get to stop for the brownies at the aid stations."

Rounding out the top three on the women's side, in the Trout Creek ride, were Debra Morrell in third place; and in the Bear Trap, Jessica Bailey and Nicole Merrill finished 2-3.

"It was a super fun race today. I took my gravel drop bar bike and was pleased I had chosen it," recounted Woodrow, who came in four minutes under her goal of four hour hours. "The Beartrap descent was an adventure with skinny tires and no seat dropper but my overall time wasn’t much slower than other times I’ve done it on an MTB and it was perfect and tacky with the recent rains.

"The York 38 was the first competitive bike race I did way back in 2010 and since then my skills and confidence have improved significantly."

Woodrow complimented the race organizers on doing "such a good job on this event" and noted how the entire community come out in support of it.

"I’ve not been on my bike as much this summer as in years past as I’m preparing for winter fat bike season so I didn’t really know what to expect today," she continued. "I was pleased with how it turned out, and I’ve always wanted one of their beautiful awards for my collection."

Amber Traxinger of Bozeman, who completed the 38 Special in 4:05, said she "feels lucky to ride hard, and participate in a community event" with lots of aid stations, "and lots of cookies."

Traxinger, 35, played volleyball for Billings Senior High, and has been racing mountain bikes for seven years.

"I'm not competitive, but I like the physical challenges of riding in such beautiful places as the York 38," she said.

Eighty-two men and 27 women entered the 38 Trout Creek, while the Bear Trap saw 36 men and eight women participate in that event.

Helena's Geoff Proctor captured the Spirit of 76 title, beating four other competitors to the finish line with a clocking of 6:17:13.

There were eight states represented in the York 38 Special bike rides, with Jeff Klein of Sanford, Florida, traveling the farthest.

Results for the York 13-mile race were unavailable at press time.

Helena’s Larry Platts rounds the corner at the bottom of York Hill at Saturday’s 16th Annual York 38 Special in York.

The 16th Annual York 38 Special offers a great view of the scenery around York. The annual fundraiser is for York Fire Rescue.