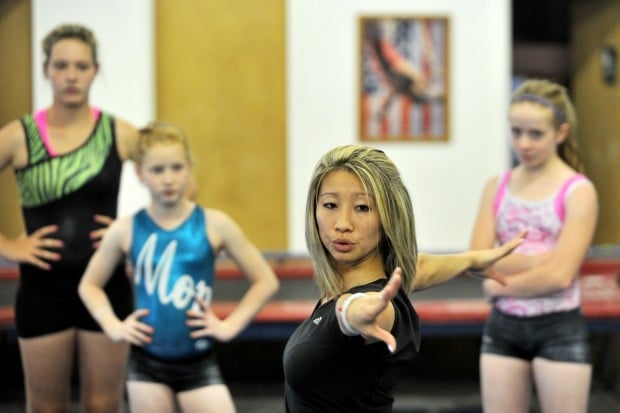 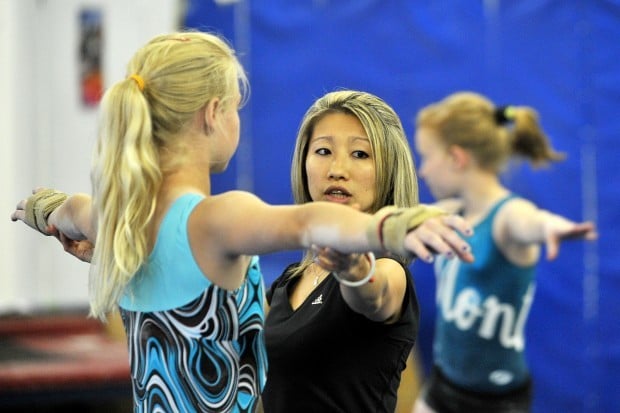 Lu Li was 15 when she stunned the gymnastics world with a perfect 10 in uneven bars to claim the gold medal for China at the 1992 Olympic Games in Barcelona.

Now 34, she is sharing her expertise and experiences with young gymnasts here and in other cities in the northwestern United States. Today, Lu is finishing up a clinic with young athletes at Helena Kidsports — home of Mount Helena Gymnastics.

“It’s an amazing feeling being taught by one of the best out there,” said 15-year-old Kylee VanHemelryck, who will be a junior at Capital High this fall. “She knows so much and inspires us.”

Grace Allen, whose parents Denny and Betsy Allen own the gym, has been able to spend even more time with Lu, who is staying at her house while in town for the clinic.

“She’s really sweet,” said the 12-year-old, who will soon be a seventh-grader at C.R. Anderson Middle School. “She goes with the flow and it’s just great having her here. It’s so amazing.”

While Lu’s coaching expertise is important for the gymnasts, Denny Allen also hopes the experience of training in the presence of an Olympic gold medalist lives long in their memories.

“I was telling them when they go back to school and have write an essay or something about what they did this summer, nobody other than the other kids in this gym can write on that piece of paper, ‘I trained with an Olympian — a gold medalist,’” he said. “Not many kids get an opportunity like that. It’s pretty cool and she’s been fantastic.”

Lu, who currently lives in Seattle and has a 6-year-old son, scored a perfect 10 in the uneven bars and also collected a silver medal in balance beam at the 1992 Olympics. She retired from competitive gymnastics in 1994 to pursue a college education, and graduated from Peking University with a degree in international affiliations in 1999.

“I just wanted to go to college, make up for some lost time in the knowledge part,” said Lu, who started her gymnastics training at age 5 at a sports school in China. “Education wasn’t a big part of what we did when I was in gymnastics and I didn’t understand how hard college would be.

While in college, she also dabbled in English lessons and said she began to miss the sport that made her an icon in China. In early 2000, she moved to California’s Bay Area, where she started her coaching career with a local club.

“I thought maybe I could help some kids make their dreams come true — not just the Olympics, but any level they are in,” Lu said. “I want them to have a good experience in the sport, so that’s why I share my experiences.”

In 2009, Lu moved to Seattle and coached for about a year at Emerald City Gymnastics Academy before she decided to begin conducting clinics throughout USA Gymnastics Region 2 — Montana, Idaho, Oregon, Washington, Alaska and Hawaii. Since beginning this new phase in her professional life in January, Lu estimates she has conducted about 15-20 clinics.

“It’s fun to see the kids’ faces when they get better,” she said. “When they see those changes, it makes them happy and that makes me happy.”

Lu, who now speaks fluent English, said she learned the language by using 10 new words each day upon her arrival in the U.S. During a break Thursday at Helena Kidsports, she used 10 words to describe what she loves most about conducting clinics like the one in Helena this week.

“The kids are my motivation,” she said. “They help me feel younger.”

Get the latest in your inbox!

We're delivering updates and highlights on the Summer Olympics daily to your inbox, including What to Watch, live coverage, schedules and medal counts.

U.S. Olympians must be vaccinated for 2022 Winter Olympics in Beijing

All U.S. Olympians and Olympic hopefuls for the 2022 Winter Olympics in Beijing must be vaccinated against COVID-19, the U.S. Olympic and Paralympic Committee announced Wednesday.