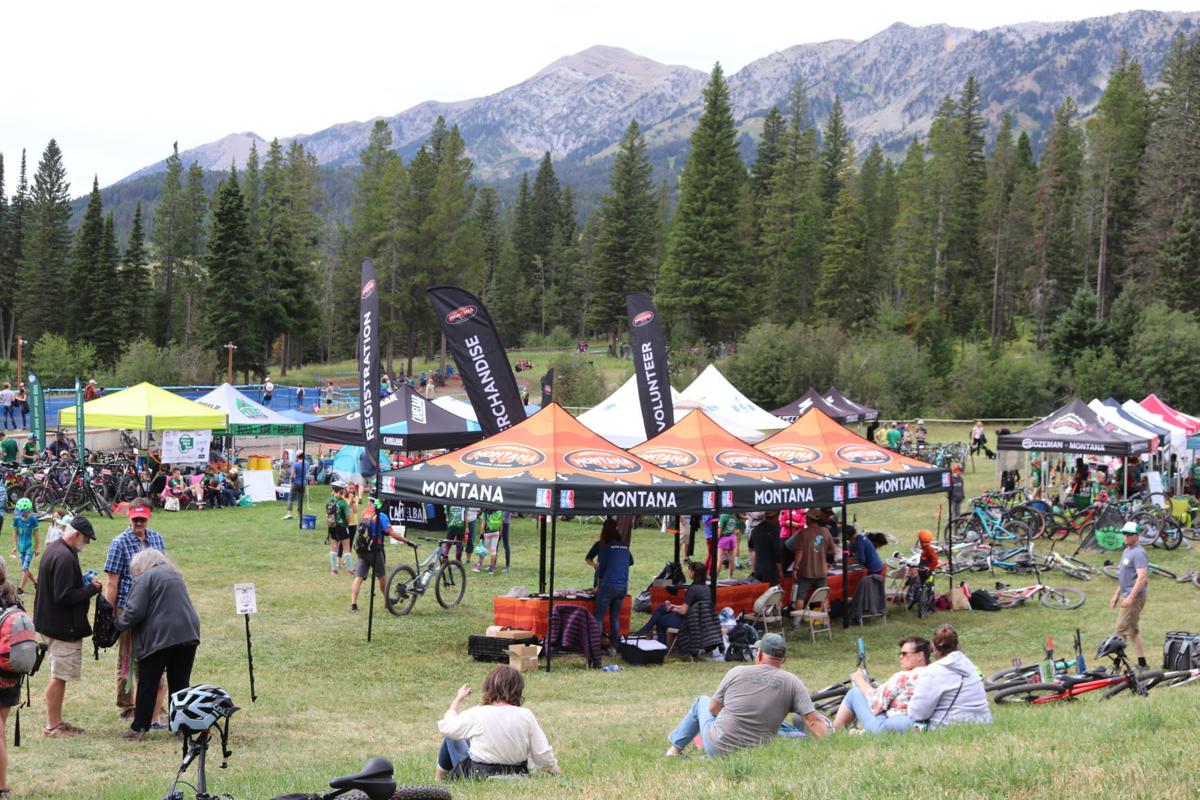 The pit area of the inaugural Montana NICA race at the Crosscut Sports Center in Bozeman on Aug. 24 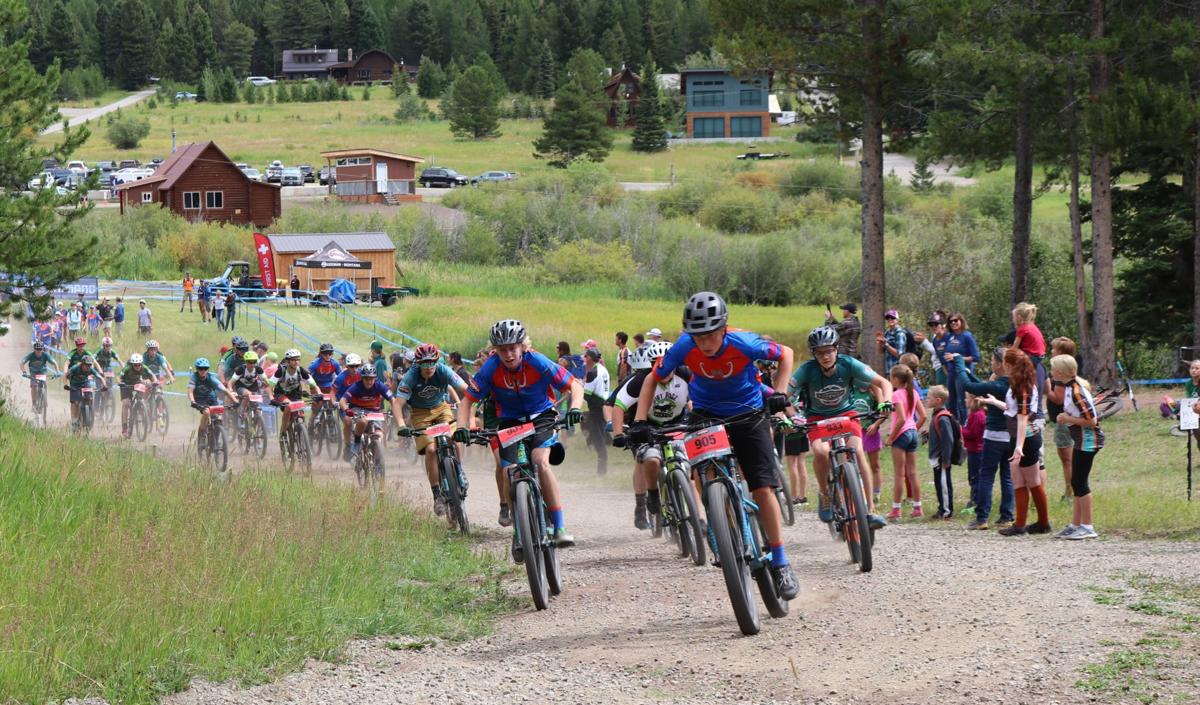 HELENA -- After placing 15th in cross-country mountain biking at the 2012 Summer Olympics in London, Sam Schultz’s career was at a crossroads.

“I was pretty focused on the goal,” says Schultz in reference to training for the Olympics. “And my body wasn’t fully loving it.”

In addition to competing at the summer games, he also won a national championship. 2012 was a memorable year for him, but it would end up being his last year competing at a professional level.

“After that season things kind of fell apart for me, body-wise,” says Schultz. “I had some pretty serious nerve issues. I had to do a bunch of rehab and physical therapy in order to get back to racing. I ended up having to have surgery that resulted in a spinal infection.”

Born and raised in Missoula, Schultz got hooked on bicycle racing at a young age.

His uncle got Sam and his brother subscriptions to Mountain Bike Action Magazine and Bike Magazine. Sam remembers pouring over the content and becoming obsessed with the sport.

“Eventually (my uncle) was like, ‘oh you should try doing a race,’” Schultz remembers.

He completed his first race, the Lone Peak Revenge, when he was 13. It took place in Big Sky.

“I didn’t do very well,” Schultz says. “But I had a lot of fun. It was just kind of a wild experience. It wasn’t that much fun during the race, but it was fun looking back at it and I was hooked.”

Schultz says that he was lucky to find a couple friends growing up who shared his passion for mountain biking. There wasn’t a huge appetite for the sport in Montana, especially among people in his age group. He and his friends convinced their parents to drive them to races in surrounding states like Washington, Utah and Idaho.

‘Getting faster’ actually meant he was fast enough to get the attention of USA Cycling. Out of high school, he moved to Colorado Springs and lived at the Olympic training center.

“That team had really great support,” Schultz says. “I wasn’t that fast at the time. We’d go to Germany or Belgium, or whatever, and I would get last – finish in 140th place. But I had good enough support to keep getting back at it.”

Schultz climbed the ranks received an offer to join Team Subaru-Gary Fisher – a mountain biking team he dreamed of joining. And in 2008 he was selected to the Olympic “Long Team.”

The Long Team is comprised of eight women and seven men. It is essentially the first round of cuts for the final “Short Team,” which is the two men and two women who represent the United States at the Olympics.

“I’ve always been into racing in general, so it wasn’t always about the Olympics,” says Schultz. “But it was cool to have that goal dangling out there.”

Fast-forward to late 2012. The Olympics were over and Schultz was coming to the realization that his competitive cycling days were wrapping up as well.

He remembered a documentary he saw called Single Track High. The film followed the lives of six high school students from northern California who competed in a mountain bike league governed by the National Interscholastic Cycling Association.

Founded in 2009, NICA emphasizes inclusivity, equity, strong character, strong body and strong mind. It also gives students the option of riding competitively in an organized league without having to trek across state lines just to compete in their sport of choice.

In 2015, Schultz decided to make the push to bring NICA to Montana.

“To get a league going, you have to submit a pretty extensive proposal,” says Schultz.

The proposal had to explain that Montana was ready to support a league and that Schultz was the person to run it. He would need to build a team of volunteers and find a group of committed sponsors, so he had to prove that there was interest and passion that extended beyond just Schultz.

“Getting that package together was a pretty long process,” says Schultz. “I kind of flamed out at one point. I was just like, ‘this is too much work.’ And I wasn’t getting quite as much support as I thought I would.”

Later in the process, Schultz caught wind of a couple in Bozeman – Nate and Amy Madsen – who were also trying to bring NICA to Montana.

“They already had a lot of good energy going toward getting a NICA league going so we sort of teamed up in getting the proposal finished up.”

Once the proposal was approved Montana was classified as an emerging league, which meant it was time to build infrastructure – recruiting volunteers, training coaches, etc.

2019 marked Montana’s inaugural season under NICA. There are teams from Helena, Missoula, Bozeman, Flathead, Big Sky, Billings and Bitterroot Valley. The first race of the season took place in Bozeman on Aug. 24 at the Crosscut Sports Center, which the Helena Composite team won.

Ages range from sixth grade to high school seniors. Schultz was thrilled with the noticeable, incremental improvement of engagement within the community at each race.

“Man, you could see noticeable progression,” Schultz says. “Everything from like the layout of the pit zone, where all the teams have their tents. The first race was pretty desolate. By the last race, teams had big pots of chili, they were cooking up grilled-cheese sandwiches. So, it was a good setup there with lots of people hanging out and camping.”

Now in 27 states, the NICA season runs from July through early October.

Note: Anyone interested in obtaining more information before the next season gets under way can email: helenanicateam@gmail.com.

Otte won multiple titles at Billings Central and Montana State, and running means just as much to her now as it did then.

All three tournaments were scheduled to start the weekend of April 17-19.

Helena adult softball league meetings canceled due to coronavirus; registration to be online

The pit area of the inaugural Montana NICA race at the Crosscut Sports Center in Bozeman on Aug. 24