After the Whistle: IR recognizes sportsmen and women who passed away in 2020
0 comments
Share this
{{featured_button_text}}
1 of 2 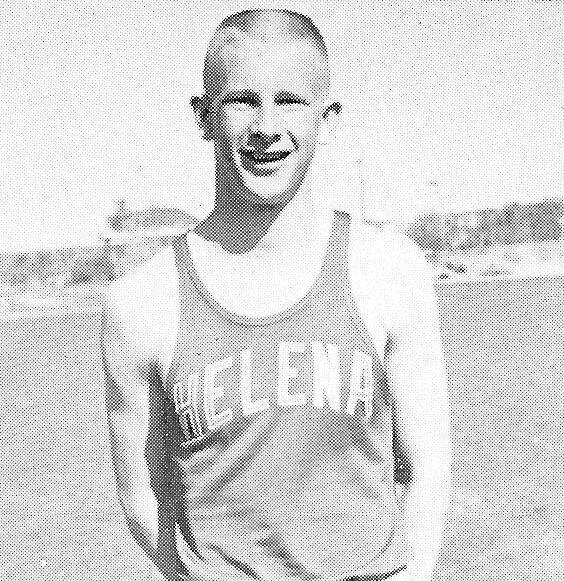 HELENA — It’s that time of year again, as our 14th annual “After the Whistle” column recognizes a few of our local area sportsmen/women who passed away in 2020.

Elaine (Phillips Cooper) Power, 100, was a member of the 1940 Helena Merchants state champion fastpitch softball team. The gals attended the National Tournament at Detroit’s Tiger Stadium, traveling in five vehicles and sleeping on school and church lawns during the trip. Irv Blessinger, 98, was a standout men's fastpitch softball player in Helena’s City Leagues in the late 1940s and ‘50s.

Kent “Buzz” DeVore, 92, played football for Helena High from 1941-44, making second team All-State at guard his senior year. John Tomaskie, 91, started out with the Helena Trail Riders, and then began raising quarter horses. The “Tomaskie Barn” was used for calf roping, steer wrestling and breaking colts, as well. John and his wife also raced thoroughbreds around the western U.S. and Canada.

Wes Synness, 89, was a multi-sport “non-team” athlete, participating in snow skiing, water skiing, mountaineering, boating, snowmobiling, hunting, horseback trail rides and cattle drives. Wes spent his entire adulthood “pumping iron” while working at his auto wrecking yard business. Mary Ann Fitzpatrick, 89, was an astute horseman and cattle herder on her grandparents Havre ranch, by the time she was 11 years old. Very much a tomboy, Mary Ann beat up every bully in her Great Falls neighborhood.

Allen LeMeuiex, 89, was an all-sports high school athlete for the Stanley (ND) Blue Jays. An avid outdoorsman later on in Boulder, he taught his family the love of basketball with his behind-the-back passes, hook shots and “North Dakota free throws.” Charlotte (Bailey) Ceartin, 88, was raised in East Helena, where she nurtured her lifelong love of baseball – especially the Chicago Cubs – from her father, Leonard.

Peggy (Wolff) McGowan, 87, started out as a race-horse jockey, before training quarter horses and thoroughbred race horses. Peggy spent countless hours at O-Mok-Sees and rodeos, as well. Gary “Corky” Hull, 87, a versatile natural athlete, competed at football, basketball and track & field for Helena High in the early 1950s. Corky went on to a lifetime of successful accomplishments on the golf course and in the bowling alley. Bev Rhoades, 86, enjoyed golf and bowling, and when she ran the Governor’s Cup, she placed second in her category.

Murdo Campbell, 86, was a standout all-around athlete at Great Falls High, prior to his college career at running back and quarterback for the University of Montana, where he earned the Grizzly Cup in 1955. In later life, he was an avid golfer and Senior Olympics track & field competitor. Joan Carson Hawes, 86, enjoyed fishing and hunting, and piloting airplanes. At 65 years young, Joan harvested a 7-point bull elk in the Elkhorn mountains with her son Charlie and grandson Michael.

Charley Pride, 86, played semi-pro baseball for the East Helena Smelterites from 1960-64, before his Hall of Fame Country Western singing career kicked off. Charley earned the 1960 State League batting title with a .427 average.

Jim Posewitz, 85, a 4-year starter at end and linebacker for Montana State College, his senior year he was part of the Bobcats 1956 co-national football championship, and was selected All-Rocky Mountain Conference. “The Pozz” became a nationally renowned conservationist and a foremost expert on fair chase hunting. Miner Bob Lea, 84, was a standout track athlete for Helena High, specializing in the pole vault. He later taught Martial Arts while serving in the US Marine Corps.

Bob Rushford, 83, was a pretty fair pugilist and bronc rider back in the day. Everett Loughridge, 83, coached Helena Junior High basketball in the mid-1960s. Later on, Everett especially liked to float the Missouri River and fly fish with his brother in law Jim Van Meter. Jon Jerome Eaton, 83, was a certified NAUI scuba diving instructor. He amassed more than 2500 hours underwater, and in 1970 he organized the Montana State Dive Council.

Earl Olson, 81, a standout high school roundballer and trackster back in Wisconsin, he went on to lifelong passions of hunting, fishing and trap shooting. Bill Vollmer, 81, participated in multiple sailboat races and regattas on Canyon Ferry Lake. Vern Reyant, 80, was a devout fan of all the sports on the local arena, whether he was perched on the top row of the first base bleachers at Kindrick Legion Field during Senators’ games, or the top row in the stands on the north side of Capital’s Bears’ Den.

Fred Radke, 80, played on Helena Cathedral High’s very first football team, in 1954. Paul Roos, 78, a newly inducted member of the Montana Outdoor Hall of Fame, was known throughout the region for his work on the Blackfoot River as an outfitter, fishing guide and conservationist. His early career consisted of coaching youth girls basketball in Lincoln.

Sally (Sime) Bratlien, 78, an avid horse enthusiast, enjoyed breeding and promoting Appaloosa’s through her involvement with the Sapphire Drill Team. She partook in many parades and Stampede events, and was also a member of the Helena Trail Riders. Don Hurd, 77, was a two-time State handball champion, capturing the 2002 Super Golden Masters (60-plus) singles title, and the 2012 Diamond Masters (70-plus) doubles crown with partner Lou Chinske. He also registered four State singles runner-up placings (2003-04, 2006, 2012).

Carolyn (Dowdy) Renaud, 77, worked hard keeping fit, even walking in circles inside her house when needed, in order to attain her 10,000 daily steps. Carolyn hiked Mt. Helena every summer and at the age of 76 she hiked various Glacier Park trails. Gil Wooden, 76, had been a stalwart high school and college wrestler in Colorado, before becoming HHS’ assistant coach in 1968. At Capital High, he was the Bruins’ charter mat coach (1973-77), and as the Lady Bruins cross country coach (1985-95), his gals brought home the program’s second State title in 1990.

Tim Meloy, 75, was captain of Helena High’s earliest tennis teams, in 1963. Tim mentored his children’s sports – tennis, baseball, soccer, hockey – in addition to ram-rodding the family’s numerous outdoor activities of skiing, camp-outs, hiking and float trips. John Peterson, 73, earned six letters at Helena High, in wrestling and track & field. John was the 1963 120-pound Divisional mat champion, and in 1964 he garnered the State pole vault title with a Class AA record of 13-feet-7, which lasted as a Bengal mark for 19 years. At San Marcus (CA) J.C., he soared 16-0.

Donna Lamping, 73, had a passion for snowmobiling, snow skiing, motorcycle riding and bowling, at which she competed in tournament in Seattle, New York City and Las Vegas. Ray Beaver, 73, was a 3-year letterman at end with the Helena High football team, and a 3-year centerfielder for Helena Legion baseball. He earned a grid scholarship for Eastern Montana College.

Randy Carlson, 73, was among the original coaches at Capital High in the early 1970s, guiding the sub-varsity Bruin football and basketball teams. Charlie Atkins, 71, was a member of the Helena Boxing Club in the late 1960s and early ‘70s. Bob Sturdevant, 71, was a longtime member of the local pocket billiards leagues, earning the nickname “Captain Bob” for his logistics skills.

Dean Lewis, 69, a standout football lineman for Helena High, earned the IR’s Coca Cola Player of the Week award twice during the fall of 1967.

Jim Wiseman, 69, was a good youth baseball player and shot a fairly decent stick on the pool table. Terry Voiles, 68, helped HHS to the 1970 State hoops runner-up trophy, and as a Bengal trackster was among the first local high jumpers to incorporate the Fosbury Flop. Terry went on to cage collegiately for national qualifying North Idaho JC, and Minot State University.

Corrie Hahn, 66, learned how to ski at Belmont when he was 3 years of age. In adulthood, he started mountaineering and kayaking, while also competing as a cyclist and triathlete. Corrie climbed some of the tallest peaks in the Northwest and was recognized as the first to ski Rocky Mountain Peak in the Bob Marshall Wilderness.

Barb (Wingender) French, 65, was an HHS Bengalette, and a longtime folf enthusiast.

Anthony “Taco” Hernandez, 63, an all-around sportsman who loved golf and cards, and was regarded by some as “the best poker player in town.”

Mike Blessinger, 62, played second base for the Helena Senators Legion baseball team in the mid-1970s.

Paul Serumgard, 60, a Capital High graduate (1977), maintained the bull pens during several Last Chance Stampedes. While the Air Force, Paul served as a military security guard for the 1980 Lake Placid Winter Olympics. His outdoors activities included downhill skiing and scuba diving. Trudy Watkins, 59, was quite the thrill seeker, performing such daredevil stunts as repelling down a 240-foot waterfall, and zip lining 300 feet above the rainforest.

Ken Jacques, 52, wrestled for Capital High, and later partook in rock climbing and river rafting. Robert Werner, 47, was an outstanding AAU youth wrestler and served as the Helena Brewers batboy. Kris Wiseman, 40, was a standout youth baseball player, beginning with the Babe Ruth All-Star teams, and the USA Team that toured Japan. “Critter” also played Legion baseball, for the Helena Vigilantes, Reps and Senators, prior to a college stint in Coos Bay, Oregon.