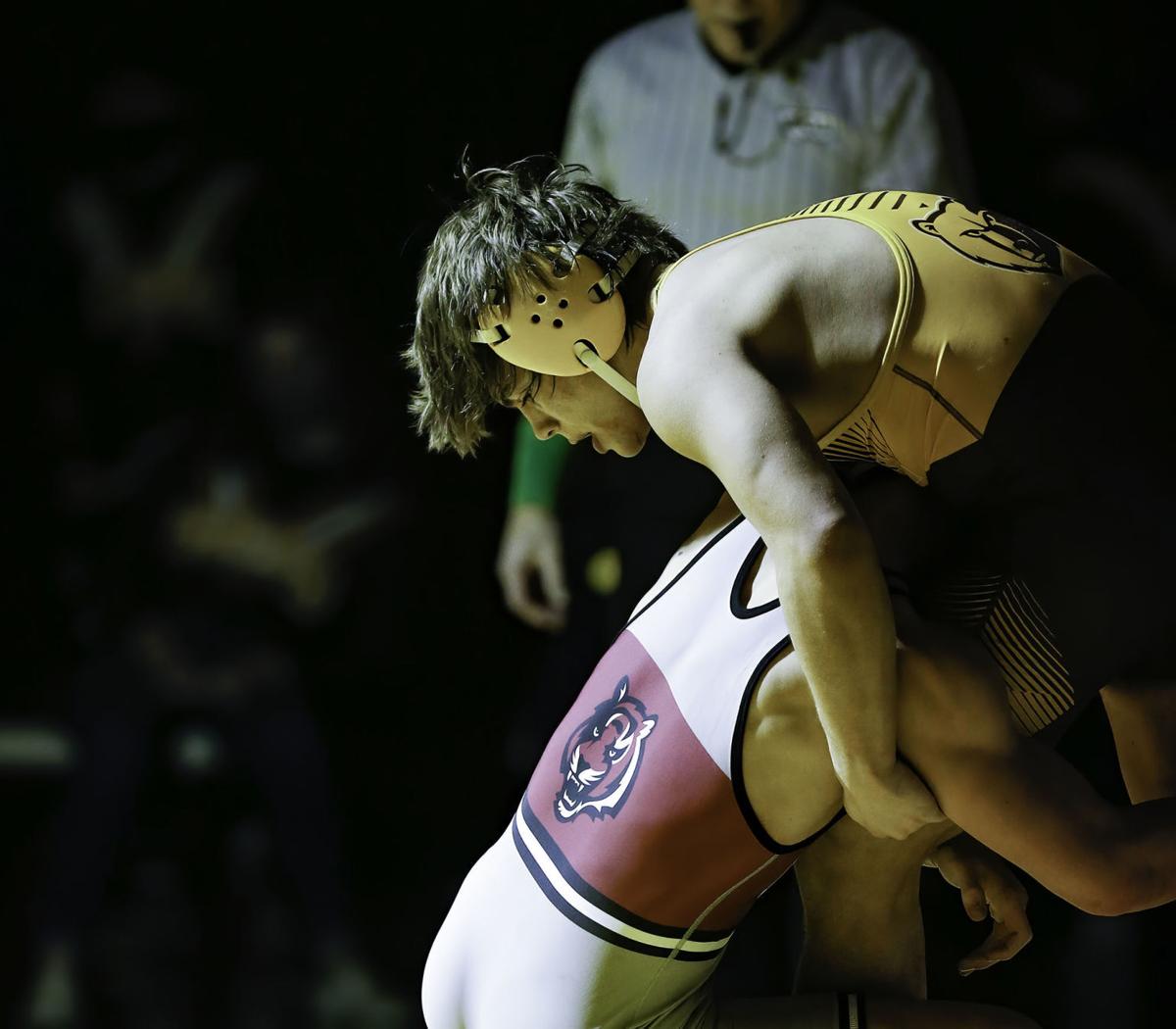 Helena Capital's Ian Isaacson wrestles Justice Seamons of Helena High and scored a tight win in a key victory in the Bruins 36-30 Tuesday night at the Bears Den. 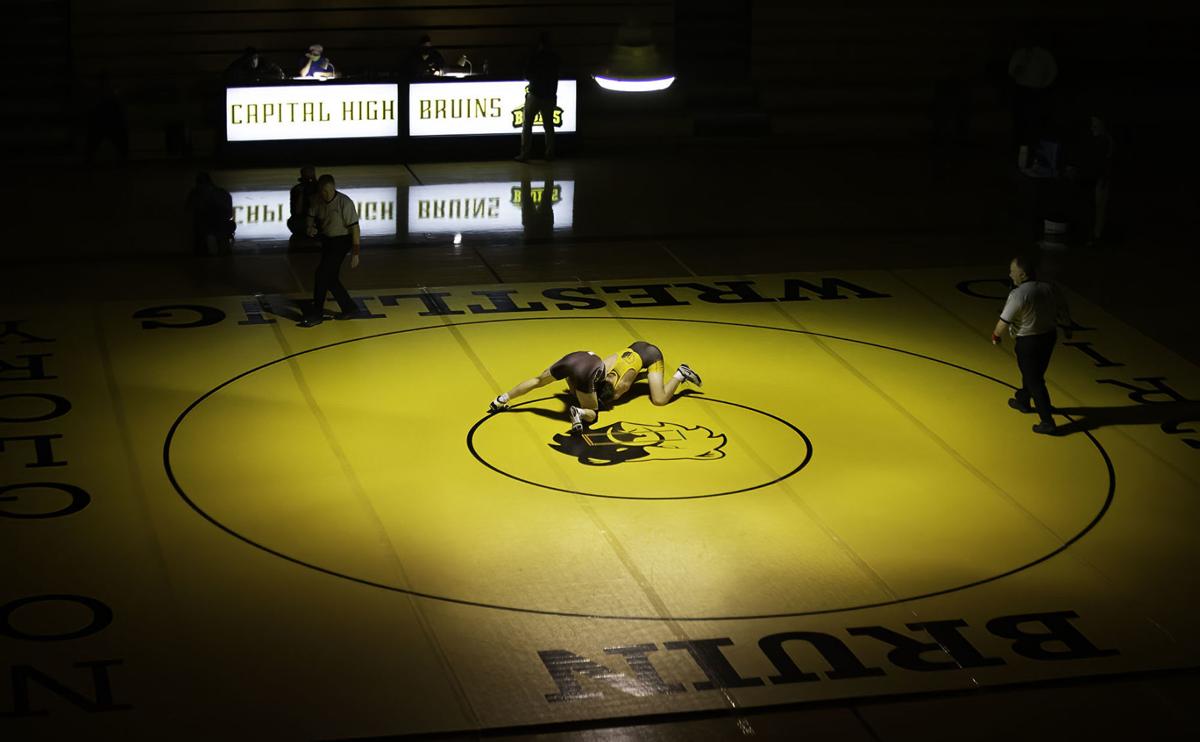 HELENA — The high school wrestling season usually starts at the beginning of December and by this time, most wrestlers have normally gotten in 20-30 matches.

But due to the COVID-19 pandemic, wrestling competitions will be limited and Tuesday night at the Bears Den in Helena, Capital High and Helena met in the first of two crosstown duals as teams are limited to conference competition.

Yet, that victory might not have happened without a key result at 182 pounds as Ian Isaacson earned a decision over Justice Seamons of Helena High, rallying from an early deficit for a 9-6 win, which was crucial in the Bruins 36-30 win. If it had gone for Helena High by decision, the final would have been tied at 33-33.

"We won a huge match at 182 pounds," Capital head coach Jeff Mahana said. "And those two (Isaacson and Justice Seamons) have been going at it the last few years, just back and forth and for Ian to get that win, was just great to see. He's wrestling up right now for us and he's just a complete team guy."

Dylan Graham, a sophomore wrestling at 170 pounds for the Bruins, also knocked off Kaleb McKay by way of an 11-4 decision.

When Talon Marsh of CHS pinned Ruger Young in the heavyweight class, the Bruins advantage was 24-0.

"I'm proud of our effort from day one," Mahana said. "Noah had a nice outing. Carson got a pin. We just need to get in a little better shape and from here on out, the guys in better shape are going to win and we need to get better at that."

Helena High picked up 12 points as the Bruins were open at 103 and 113 pounds. Both teams were then open at 120 before Nathon Elmose (126) and Ian Mehrens picked up wins by fall for the Bengals over Brandon Savle and Ayden Smelko.

David Kemp was the other Helena High wrestler to get a win and he defeated Spur Owens of CHS by fall in the final contested match of the night.

The win by Kemp tied things up at 30-30 but at 152 pounds, Wyatt Schneider won by forfeit giving the Bruins the six-point victory.

"We have some stuff we have to work on," Helena High head coach Sam Bodgard said. "We were in some matches that we should not have lost. It's a learning experience and we just have to put this one behind us. Every guy I put out there tonight I was happy with. We made some mistakes and Capital made us pay, so we have to fix that, but it's just little stuff and we will get there."

Both teams will be in action Friday as Capital and Helena High will host Butte High and Missoula Hellgate in duals. The Bruins host Butte at 4 Friday night, followed by Hellgate 7. Helena High will do the exact opposite, taking on the Knights first, then the Bulldogs at 7 p.m.

Check out the divisional results.

State wrestling tourneys are set for next weekend at three different sites.

It was a history making day for girls wrestler Dakota Peterson of East Helena.

State wrestling tournaments to be streamed on NFHS Network

Boys tourneys to be held at three sites this weekend.

Check out the results.

Helena Capital's Ian Isaacson wrestles Justice Seamons of Helena High and scored a tight win in a key victory in the Bruins 36-30 Tuesday night at the Bears Den.