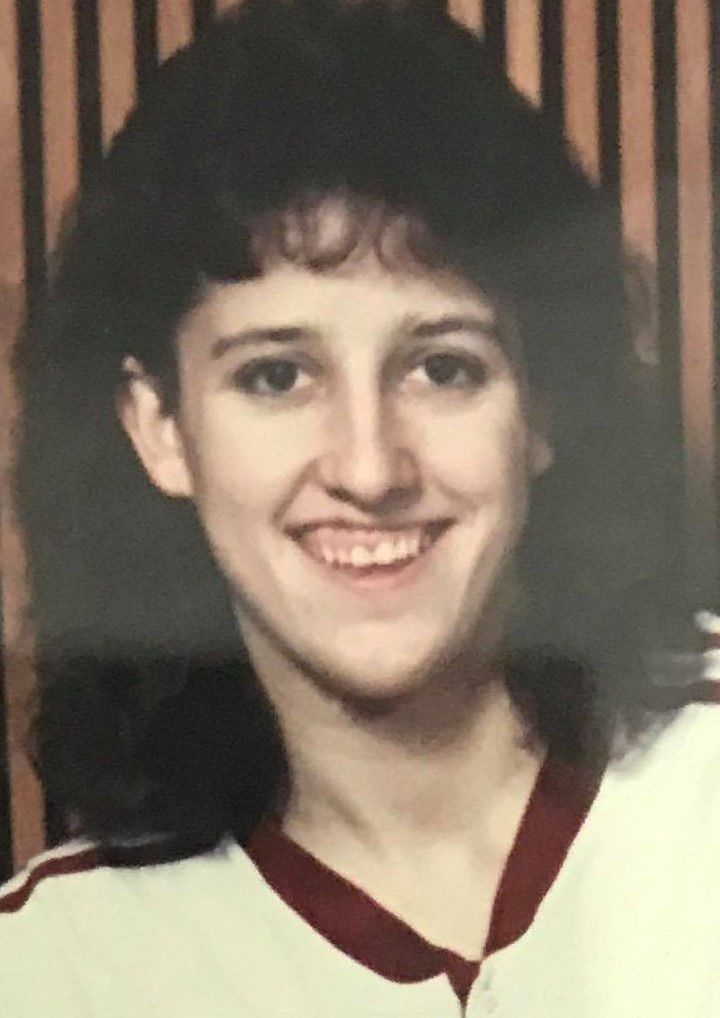 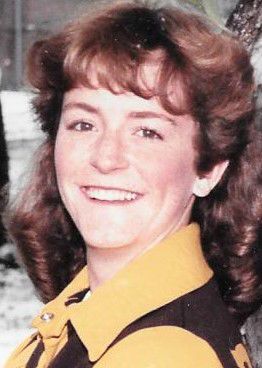 The first sanctioned high school girl’s fastpitch softball season was inaugurated 34 years ago. Originally, all local games were played at Batch Fields, and every statewide team automatically qualified for the State Tournaments.

This is the first of a four-part series, highlighting the crosstown rivalry between Helena High and Capital High, both team’s appearances in the State tourneys, and a mention of individual post season award recipients.

Capital High was victorious in that initial contest at Batch Fields in 1986, by a score of 24-6 in five innings. Helena hurler Kym Tompkins delivered the first pitch, and winning pitcher Michelle Eble of the Lady Bruins scored the first run.

CHS’s 16-hit attack was spearheaded by Karen Langford and Kari Parsley, who both went 3-for-3, and Eble and Mary Ebert, each blasting 2-run homers. Parsley’s daughter, Kelsi Brekke, was a 3-time all-state shortstop for the Lady Bruins 20 years later. Missy Jaeb and Lisa Burton led HHS with two hits apiece.

“Considering it was the first game, I thought we would have the jitters,” Capital coach Bob Tipton told the IR afterwards. “I felt real good about the way Michelle pitched, the kids did a real nice job on defense and we ran the bases aggressively.”

Capital garnered the intra-city rematch, 16-6. The Lady Bengals took a 6-3 lead in the top of third, but CHS rallied with four runs in their half of the inning, and then pulled away for the victory, helped by 10 Helena errors. Eble pitched a 3-hitter in the 5-inning tilt.

At the 1986 State Tournament in Helena – four of the 11 teams were Class A schools – Billings Senior captured the first MHSA state softball championship. Capital went 1-2 and finished at 10-9, while the Lady Bengals were 2-2 and wound up 6-13.

Arguably the most dramatic local win was HHS’ 16-15 victory over Sentinel in extra innings, having trailed 13-3 heading into their last at-bat. “I’m proud of the way the kids played tough in the tournament, after getting off to such a slow start early on,” said Lady Bengal coach Tom Keck, referring to his team’s 0-9 beginning.

In the season’s lone intra-city tilt, HHS rallied from behind back for a 5-3 victory, and its’ first triumph in the young series. Lynda Bartsch pitched the win, while Karen Langford was saddled with the loss. Both gals threw 5-hitters. Lisa Burton led the Lady Bengals with two hits, and scored the winning run on Missy Jaeb’s sacrifice fly. CHS’ Traci Schlenske and Mollie Hull also had two base knocks apiece.

Capital went 2-2 at State, tied for fifth-place, and wound up 10-12 overall. HHS was 1-2 and finished 12-9. The Lady Bruins were ousted from the tourney by eventual State runner-up Big Sky, 9-7, with seven of MBS’ runs being unearned.

Burgess was 31-for-47 on the season for a lofty .444 average and left with a career average of .412. She was selected a first team all-stater, while teammates Karen Langford, Mary Ebert and Mollie Hull made honorable mention.

Helena’s top hitters were Lynda Bartsch and Shar Ritchie, who batted .452 and .450, respectively. Ritchie was named to the all-state’s second team.

In the regular season’s lone Xtown, freshman catcher Jennifer Shellabarger’s walk-off 2-run, 2-out single vaulted Capital to a 10-9 victory. The Lady Bengals overcame an 8-1 deficit to pull ahead 9-8 in the top of the seventh. HHS took the lead in the top of the seventh on singles by Lorraine Hankins and Michelle Sandholm, and Shawna Maness’ fielder’s choice.

In the bottom of the seventh, CHS’ Nicole Duvernay and Carrie Pullen led off with walks, setting up Shellabarger’s game-winner. J’Dawn Wiley pitched the win, while Jaeb took the loss.

Shellabarger led CHS’ offense during the regular season with a .400 average, followed by Molly Hull at .380. Helena’s top hitter was Bartsch, with a .375 mark.

Capital (13-13) again went 2-2 at State in Missoula. Their second win was an elimination 11-1 triumph over the Lady Bengals (8-15). Shelly Voytoski, Mary Ebert and Hull, all had multi-hit games for the Bru-crew. Wiley twirled a 2-hitter for the win. Bartsch was hung with the defeat.

CHS’ top hitters in the four tourney games were Mollie Hull and Shelly Voytoski, with averages of .643 and .538.

HHS built a 7-0 lead before Capital charged back with a late rally, which fell just short as the Lady Bengals prevailed 9-7 in the lone intra-city game. Jaeb hurled the win and Wiley was tabbed with the loss.

“Heidi pitched a great game,” new CHS coach Bill Mulcahy said. “We played good defense, made good contact with the ball and we forced things to happen on offense.”

Capital captured the regular season Western AA championship with a 14-2 record, but they were eliminated from the Divisional Tournament in Missoula in the consolation bracket and finished at 17-6 overall. It was CHS’ only missed State Tourney in 34 years, until this season’s COVID-19 pandemic.

Lady Bruin pitching aces Moon and Wiley finished the season at 9-3 and 8-3, respectively.

No. 6 seed Helena High ran the table at divisionals, beating Hellgate in both the semi-finals and chipper, by scores of 2-1 and 10-9. All four of the Lady Bengals 1-run wins came in their last at-bat.

Helena entered the State Tournament in Billings riding a 9-game win streak. Their top batsmen consisted of Cyndie Lockett, hitting a cool .378, and Kim Bartsch’s .363. Brown took a 10-5 mark into the tourney. The Lady Bengals then went 0-2 at State to finish at 14-14. Their Western AA crown remains the only divisional championship in program history.

The season’s first intra-city tilt was a rain-shortened 5-inning affair, with Helena scoring five runs in the top of the fifth for a come-from-behind 8-5 win. Terri Maness drove in two runs for HHS, while teammate Kim Bartsch went 2-for-4, with a triple. Lady Bruin Lisa Hixson stroked a 2-run double. Brown pitched a 2-hitter for the win, striking out four. Moon took the loss.

At State in Missoula, the two teams met in Crosstown 3 in an elimination tilt on Friday, with Helena (10-13) prevailing 8-4. Terri Maness went 3-for-4 (double, 2 RBIs) and Kim Bartsch drove in three runs. Hixson and Farnam (double) posted a pair of hits for CHS (10-14). Brown – who led the team with a .494 batting average during the regular season – pitched the win, while Moon took the loss.

CHS was led by Raelyn Rowsey (2-3) and Michelle Erdie (2 RBIs). Kerry Schneckloth sustained the defeat in the circle.

The Lady Bengals got the season sweep three weeks later, 15-5, with Rodgers and Sherri Smith combing on a 2-hitter. Lockett (double, triple, 3 runs) and Rodgers (triple, 3 RBIs) stroked three hits each, while Maness (2B), Walkenhorst and Smith each had two base knocks. Capital shortstop Shannon Backeberg produced a 2-run single.

“We’re a young team and kind of struggled all year, but they came down here and got some respect,” said rookie CHS coach Bob Worthington, when his No. 13 seeds beat Bozeman after a 1-run loss to State runner-up Skyview. “Kerry Schneckloth pitched two fine games…and Lisa Hixson (.625 in 3 games) hit the ball well and did a marvelous job in centerfield for us.”

Helena’s Lora Pyfer went 2-for-3, with an RBI-triple. Sherri Smith was hung with the defeat.

In the intra-city rematch, the Lady Bruins edged their opponents 9-8 for the sweep, powered by multi-hit games from Backeberg and Erdie, and Kelli Wines’ double. Lora Pyfer, Rodgers and Smith had three hits apiece for HHS.

At State in Helena, Capital (7-13) and Helena (3-17) went 1-2 and 0-2, respectively. The Lady Bruins beat Kalispell’s Bravettes 2-1, propelled by Backeberg’s inside-the-park home run in the eighth inning, and the 5-hit pitching of Schneckloth.

Toon, who is headed to the University of Montana to play softball, is the winner for the second straight year.

Would Great Falls and Huntley Project repeat as champions? Would Belgrade be a repeat winner, but in a different classification?