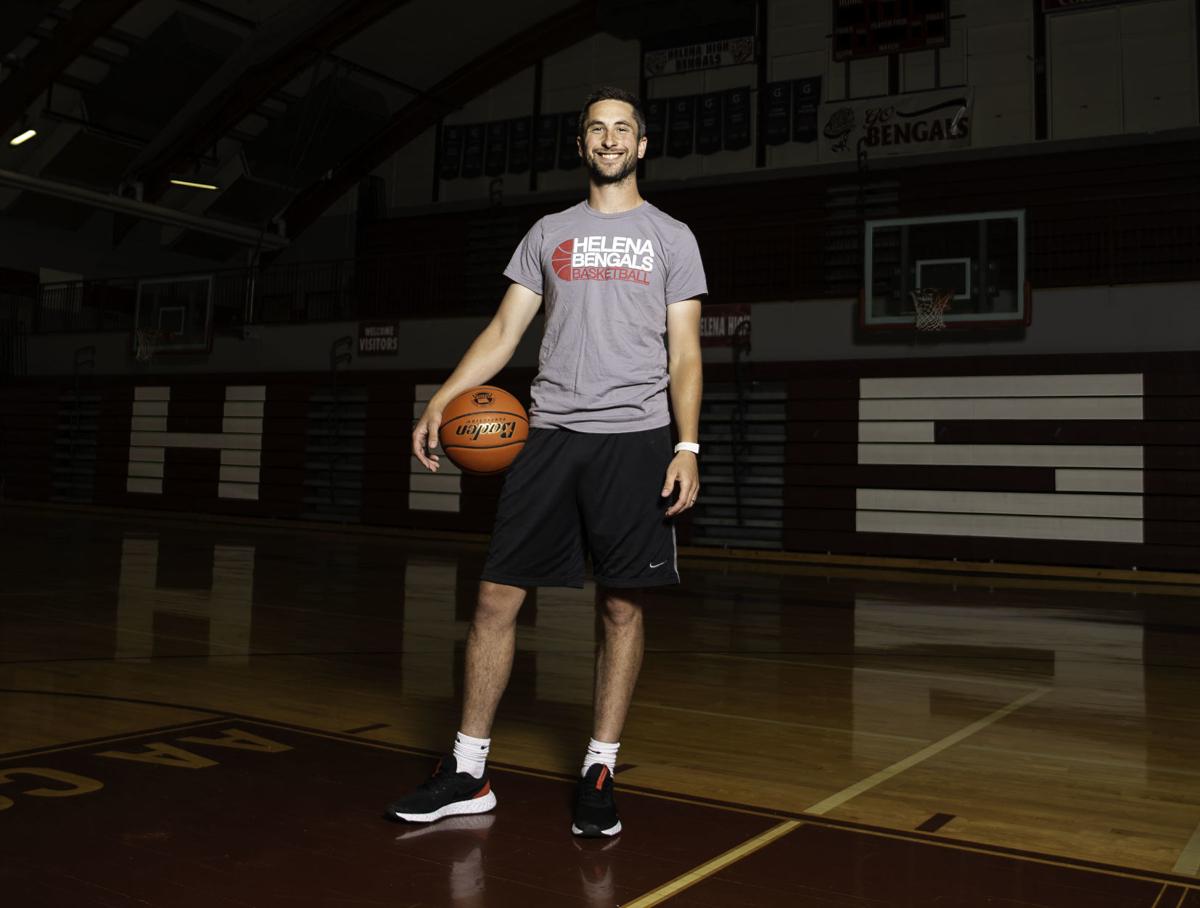 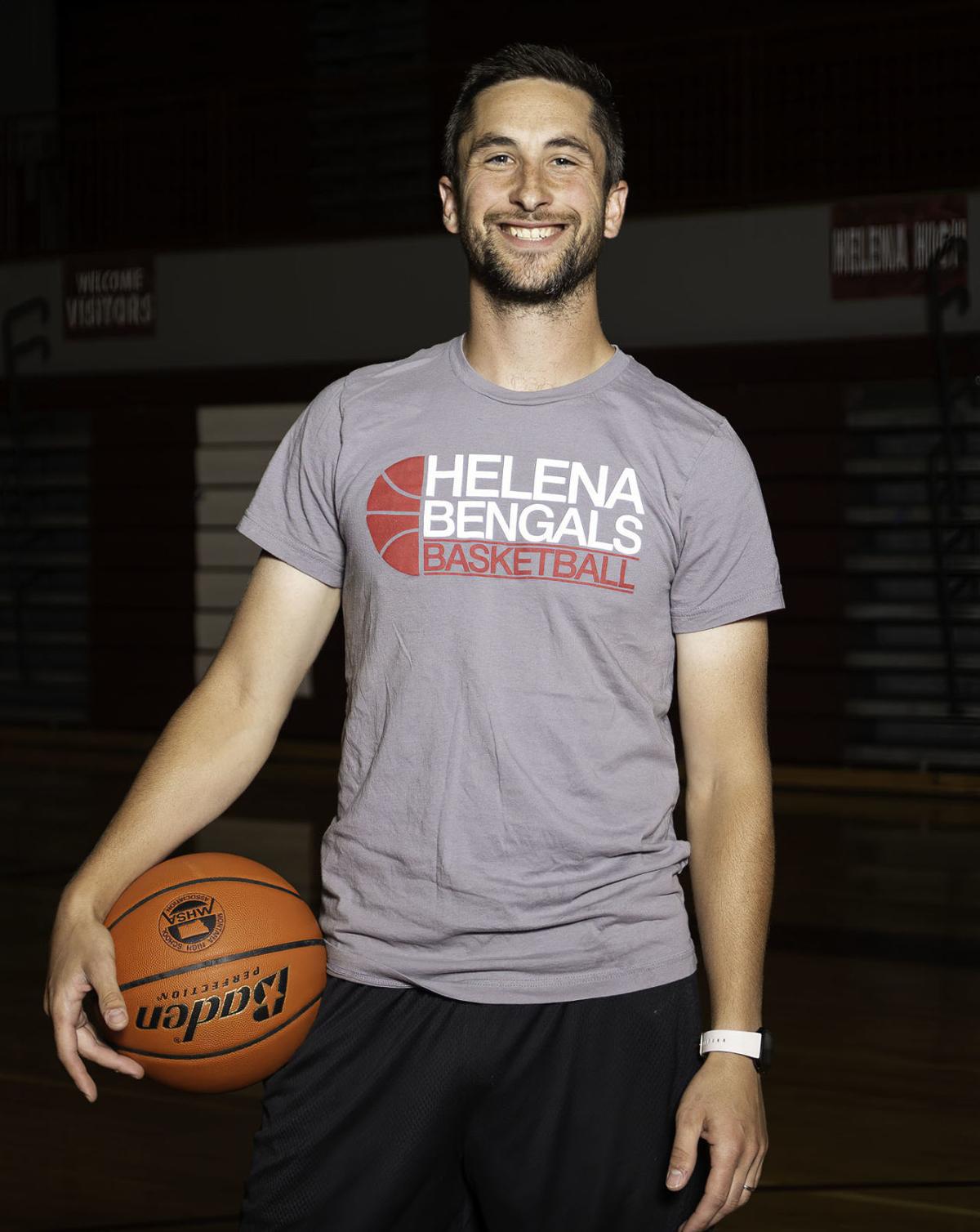 Ben Dudek takes over a Helena High program that has been to four consecutive state tournaments.

HELENA — The Bengals girls have a new basketball coach. Ben Dudek has taken over for Eric Peterson, who brought the Helena High program to the pinnacle of Montana high school sports. Peterson’s squad is coming off four consecutive appearances in the state tournament and won the Class AA state championships in 2017, 2018 and 2019.

Dudek, 32, is focused and committed. It certainly feels like he’s someone who can continue to lead the Bengals to prominence.

“When (the Helena High) job opened up, my wife and I had a conversation about it obviously, and it seemed like the right time to try to get back in to coaching high school basketball,” Dudek says. I'm very grateful that I had the support of my wife and my family and was fortunate enough to get hired.”

Dudek is currently a sixth-grade science teacher at CR Anderson.

“He has a good understanding (of basketball) and his whole personality in the interview was very strong,” says Helena school district activities director Tim McMahon. “He’s committed to continuing to building a program, much like coach Peterson has had at Helena High in the past – very family oriented and very strong fundamentally.”

Those principles originate from his experience as a player and a coach.

“I’ve been playing, loving basketball, involved in basketball, ever since I can remember,” Dudek says. “I couldn't pinpoint one time, it's just something that I always did, that my friends always did. It was social combined with the love of the game and I never stopped.

“It wasn't until I started coaching that I learned that I love to work with kids. It was about probably when I was 23 I realized that, man, I love this teaching gig.”

After playing in high school he played at Clarkson University in upstate New York and started six games as a freshman. He returned for his sophomore season, but left because of personal reasons. He finished his degree at Messiah College in 2009 with a degree in sports management.

In April 2009 he received a full-time job offer which would eventually turn into an eye-opening experience at the AAU level and provided experience coaching high school and college aged players.

Advanced Hoops was a small company of two when Dudek worked there and the hours were long. But Dudek knew what he wanted to do for the rest of his life.

Dudek explains that he has always had a strong work ethic, but working for such a small company with so many responsibilities provided him even more structure; something that’s valuable for someone fresh out of college.

Advanced Hoops still operates in Harrisburg, Pennsylvania, to this day.

After moving to Helena in 2014, he finally had a little more time to get his master’s degree in elementary education from Grand Canyon University.

“When I was getting my master's degree, I spent three years subbing in the (Helena elementary school) district while I was getting my masters,” Dudek says. “Then as soon as I was done ... a couple of jobs opened up at CR and that's really where I had subbed most of the time in that three years, so I got to know everybody. I got to know Dave Thennis, the principal there. I was fortunate enough to be hired that year.”

Dudek did not immediately aspire to become a high school basketball coach in the area. He was concentrating on becoming the best he could be at his current job. The rest just sort of worked itself out.

“I wanted to really focus on (teaching) and focus on family,” the sixth-grade science teacher says. “We have a 2-and-a-half-year-old daughter now. When we moved out here the first couple years it was getting established here and then my focus was on getting my degree. And then my focus shifted completely on being the best possible teacher I can be, which is still where my focus is.”

But the opportunity to coach again was one he couldn’t pass up, even if this isn’t the most ideal situation to get to know a new team. The COVID-19 pandemic kept Dudek from meeting his players in person until early June.

“I remember him texting us and he just sounded super welcoming, and we were all eager to meet him,” says incoming senior Brooke Ark. “He set up a Zoom call for all of us and just answered a lot of our questions. We finally got to meet him once gyms opened up and I think we all really like him.”

“He introduced some new stuff to our practices, but I really like it,” says Elizabeth Heuiser, who is also a soon-to-be-senior returning for the Bengals. “We’ve gotten to know him a bit better and we’ve had a good experience overall as a team with him.”

There are still quite a few unknowns left to be solved in 2020. If Montanans do see a high school basketball season, Dudek will have his squad ready to compete in the once-again competitive Western AA.

Hillside letters, symbols of town and school pride, are stamped on the Montana landscape

If you've ever traveled by road across Montana, you've likely seen several gigantic letters on the sides of hills, mountains and cliffs. Here's the story behind those mammoth monograms.

Paige Bartsch was the obvious choice as top high school girls athlete in the Independent Record coverage area for 2019-20.

Another All-Area list and another award for Capital's Parker Johnston.

Jeff Snavely has resigned as head coach of the Darby football team.

Paige Bartsch was the obvious choice as top high school girls athlete in the Independent Record coverage area for 2019-20.

Bill Speltz: Transferring has tilted Class AA playing field, but change may be on the horizon

For many Missoula Class AA sports enthusiasts, open enrollment is a boil that festers. Transferring of established high school athletes needs to be curbed.

Jeff Snavely has been suspended without pay for one year as head coach of the Darby football team.

“They were all there for him, whether he touched their lives or they touched his in some way, shape or form ... it was just awesome to see." — Sherrell Fisher, on the turnout for her brother Dane's funeral.

Ben Dudek takes over a Helena High program that has been to four consecutive state tournaments.