Our trip aboard Mr. Peabody’s “Way-back machine” during Black History Month, has the dial set for the 1930s and ‘40s, as we revisit the athletic exploits – and more – of the Harrell brothers.

During the Great Depression, the late Charlie, Art and Connie Harrell were multi-sport athletes, showcasing their wares in the local arenas. And they were each scholars and patriots, as well, all three having served Uncle Sam during World War II.

“Charles Jr., Arthur Samuel, and Cornelius Eckard, were intellectually gifted men who were devoted to their families,” wrote Dr. Harrell, who has been a professor of clinical psychology at Howard University for over 35 years.

Sgt. Bridgwater served with the 24th Infantry Regiment, Company A, one of the army’s four all-black regiments, known as “Buffalo Soldiers.” During the Spanish American War, he was seriously injured at the beginning of the Battle of San Juan Hill in 1898, according to the Bridgwater Family Papers.

Charles “Charlie” Harrell (1914-48), was “a renaissance man, who held a bachelor’s degree in biology, earned Gold and Silver State boxing trophies, and served as a flight instructor for pilots in training,” stated Dr. Harrell.

Charlie and Art were both reserve running backs for the 1932 State football champion Helena Bengals.

On the baseball diamond that year, Charlie was a pitcher/infielder for the Helena Colored Barons in the city’s Vigilante League. Perhaps his best game took place versus the West Side team, when he pitched a 2-hitter in a 3-2 loss.

As a member of Helena High’s 1935 Mixed Glee Club, Charlie sang a tenor solo at the graduating class’s baccalaureate services at Consistory Temple.

Charlie played football and basketball at Carroll College from 1935-39. He performed one of his best gridiron games as a senior in 1938, during a 6-all tie with Gooding College, in Golding, Colorado.

“Charlie Harrell played an almost perfect game at his quarterback position, passing, running and blocking in All-American fashion,” the Helena Daily Independent reported, “while furnishing the only Carroll touchdown and most of the yardage for the day.”

Charlie also competed in intramural fencing, baseball and tennis at the Hilltop, in addition to being a sprinter/hurdler on the track & field team.

But his best sport took place in the squared circle. “Charlie Harrell, fighting for Carroll at the 1938 Silver Gloves tournament in the Algeria Shrine Temple, gave the local fans their greatest thrill when he decisioned Winnett’s Martin Matovich for the 160-pound championship in a slashing battle that saw both boys land often and heavily,” the Independent reported on January 29.

“Helena’s prized negro battler finished strong and had the Butte boy in bad shape in the final round, but Gayer kept slugging and would not quit, (in a) nice battle that drew a tremendous roar out of the largest crowd ever to see amateur fights in Helena.

“Harrell also received the Chivers sportsmanship and ability trophy, and is the smoothest and cleverest middleweight that has been developed in the state in the past several years.”

A decade later he coached the Saints boxing team, originating Carroll’s Boxing Smokers in 1948. Among his pugilists was future Carroll professor Hank Burgess, who directed the Smokers for over 30 years.

Charlie graduated CC in 1940, earning a BS degree in bacteriology, with a thesis entitled “The Effect of Minor Respiratory Infections on the Blood Count.”

He began taking flight training classes in June 1941, before advancing to naval aviation cadets basic training at Morrison’s Flying Service at the old airport. After graduating in March 1943, he served as a Captain Flight Instructor at Morrison’s.

In 1945, he married Marian Frances Gaston of Tucson, Arizona.

Charlie perished in a plane crash May 29, 1948, along with passengers Norton and Karolyn Thompson. He was 33 years old.

“Harrell, an experienced pilot and instructor at Morrison Flying Service since 1942, and the couple were returning from a pleasure flight when the crash occurred about 5-miles north of Helena,” the IR reported. “The motor of the four-seat Stinson was buried about four feet underground, indicating the plane plunged vertically into the earth, most likely from a wind sheer.”

Charlie was survived by two sons – Charles III, 2, and infant William, 12 days – and wife Marian, who eventually remarried and moved to California.

Arthur Harrell (1916-63), held a bachelor’s degree in sociology “though racism of his day limited his avenues for applying his knowledge,” related Jules. “He was always intrigued with the process of social change that America was experiencing during the middle decades of the 20th century.”

Dr. Harrell, now a Distinguished Professor Emeritus at Howard, authored the 1999 book “Manichean Psychology: Racism and the Minds of People of African Decent.”

On the gridiron at halfback for HHS in 1935, versus Townsend, Art scored twice, “tearing off a 60-yard touchdown dash on a break through tackle for the game’s longest run from scrimmage” and on 28-yard Pick Six.

Then in October the storied earthquakes hit the Capital City, devastating brand new Helena High on Rodney Street. The football season was cancelled, and Art finished his prep schooling in the railroad passenger cars at the depot.

The new gym, however, was not damaged, and the Bengals managed to partially salvage their season.

Art earned six letters at Carroll from 1938-41, three each in football and basketball. As a 190-pounder, after the Saint’s 13-0 win over Billings Polytech his junior year, the paper reported “despite an ankle injury, fullback Art Harrell played a good ballgame, as did his brother Chuck at half.

“The Harrell brothers are natural athletes, whose ability to carry the ball and back up the line have made them valuable additions to the college backfield the last three years.”

Art and Charlie also played together for the Hilltop hoopsters.

CC coach Chick Garner noted in 1939, that “Art Harrell and Jim Walsh are as fine a set of guards as will be seen in the conference, and are head and shoulders above anything that has been developed” at the college for the past several years.

In 1973, Art was inducted into the Carroll Hall of Fame for his football and basketball exploits.

On the baseball diamond, Art had played for the Helena Legion and West Side, and while at the Hilltop, he was “one of the best-looking prospects” for the team’s outfield spots.

Art enlisted in the Army in February 1942, serving as a staff sergeant with Company E, 352nd Engineering Regiment. Along with brother Connie, their WWII duties took them into the European, North African and Middle Eastern service areas, in Persia for 22 months; and the Asiatic-Pacific Theater, in Burma for 11 months.

Art also served during the Korean War in 1951.

Following his war-time service, he finished his formal education at Xavier University, New Orleans in 1947, with a bachelor of philosophy degree in sociology.

While attending the historic private black and Catholic college, he met Mary Alice Trahan, and the couple was married, in August 1947. They went on to parent four children; Arthur, Jr., Jules, Janet (Campbell), and Rich. Jules and Janet still survive.

Back home, Art reunited with brother Charlie on the hardcourt in 1946, as members of the Airport team, in the City AA Basketball League.

He served as a postal clerk in the Helena Post Office from 1951-63, where he “was perhaps the most popular man in the postal service here,” according to Postmaster Hugh Potter. He died of a heart attack at the age of 47, while shoveling snow off his roof.

“Art Harrell was one of the finest sports fans we have seen in many a day,” IR sports editor Mayo Ashley opined. “He was almost a fixture at Helena sports events, and was a knowledgeable human who loved the thrill of competition.

“There aren’t enough men like Art, he’s going to leave a hole now that he’s gone.”

In 2004, Charlie and Art were inducted in the Helena Sports Hall of Fame, as members of the 1932 Bengals football team

Cornelius “Connie” Harrell (1919-2001), was “a mechanical wizard, who thrived on mastering new forms of technology that the industrial age had brought,” Jules wrote.

In 1934, at Central Elementary, Connie set two city Three-R grade school track records, in the 50- and 220-yard dashes, both lasting more than 15 years.

As an HHS trackster, he placed third as a freshman at the 1937 State Meet in the discus. The next year, Connie garnered the State disc championship, with a school-record heave of 126-feet-¼. He also placed fourth in the 100-yard dash, and was part of the State runner-up 880 relay.

Following the 1937 grid season, he helped Helena’s roundballers to a Divisional runner-up trophy and a 13-5 record, its best mark in several years. In a 37-28 win over Great Falls, the Independent reported, “Connie Harrell played like a veteran and an all-stater.”

The Vigilante Yearbook stated that his “great defensive work and ability to get rebounds at the center position” contributed much to the successful season of the Bengals.

“Connie’s position will be hard to fill next year, but his fine record will not soon be forgotten.”

After graduating HHS in 1940, Connie joined his older brothers as an Aeronautics Flying Cadet, before enlisting in the Army.

The October 1942 paper reported that “Connie and Art Harrell called their parents recently from Fort Indian Town Gap, Pennsylvania, informing them they had been promoted,” to sergeant and corporal, respectively.

In March 1943, a brief stated that Connie and Art were both serving in a motorized unit “somewhere in the Middle East.”

When Connie came home from Burma on furlough in April 1945, he told the newspaper that life along the Ledo Road – where he was in charge of an Army Engineers motor section working along the vital lifeline between allied forces and China – was “plenty rough, but not as hot as Iran.”

Connie and Art were both discharged that November. In 1948, Connie married Eleanor Freeman.

In 1952, the two Harrell brothers played for the “Cripples” in the YMCA’s old-timers basketball league.

Connie spent 33 years at Placer Motors as a mechanic and shop foreman, and later salesman. He had also worked with the GSA in the government motor pool in Polson and Ronan.

“Connie was among the first technicians in Helena to master the complex hydramatic (fully automatic) transmission that Oldsmobile introduced in the early 1940s,” Dr. Harrell noted.

When he passed at 81 years of age, Connie was predeceased by his wife Bea Toumi and daughter Ellen. Among his survivors were son Connie, Jr., and stepsons Bob and Gary Coltrane, and Reggie Toumi.

“Many artifacts in the Bridgwater Collection reveal the unfathomable love each son had for their parents,” wrote Dr. Jules Harrell. “This love kept them close to their Montana homes even as their skills and talents would have been in high demand in other regions of the country.” 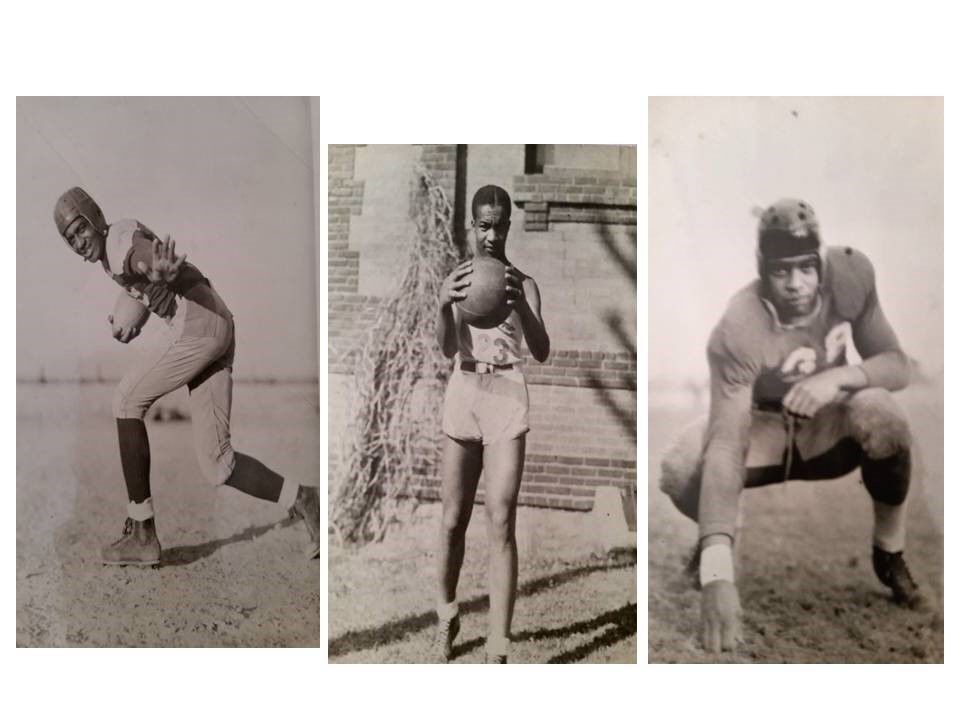 The Harrell brothers, from left, Charlie, Art and Connie, were standout high school and college multi-sport athletes on the local scene 80-plus years ago. Photos provided 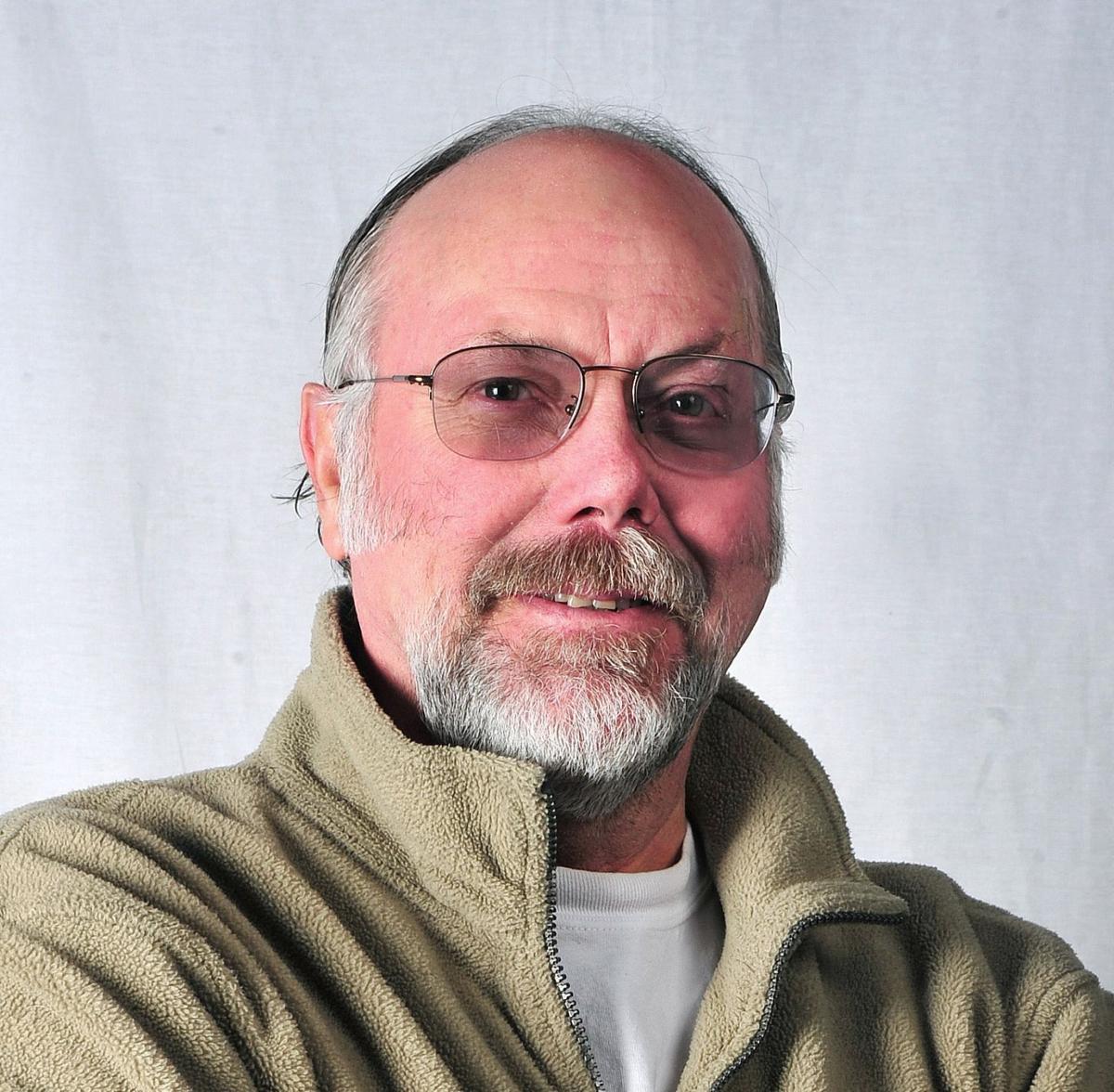