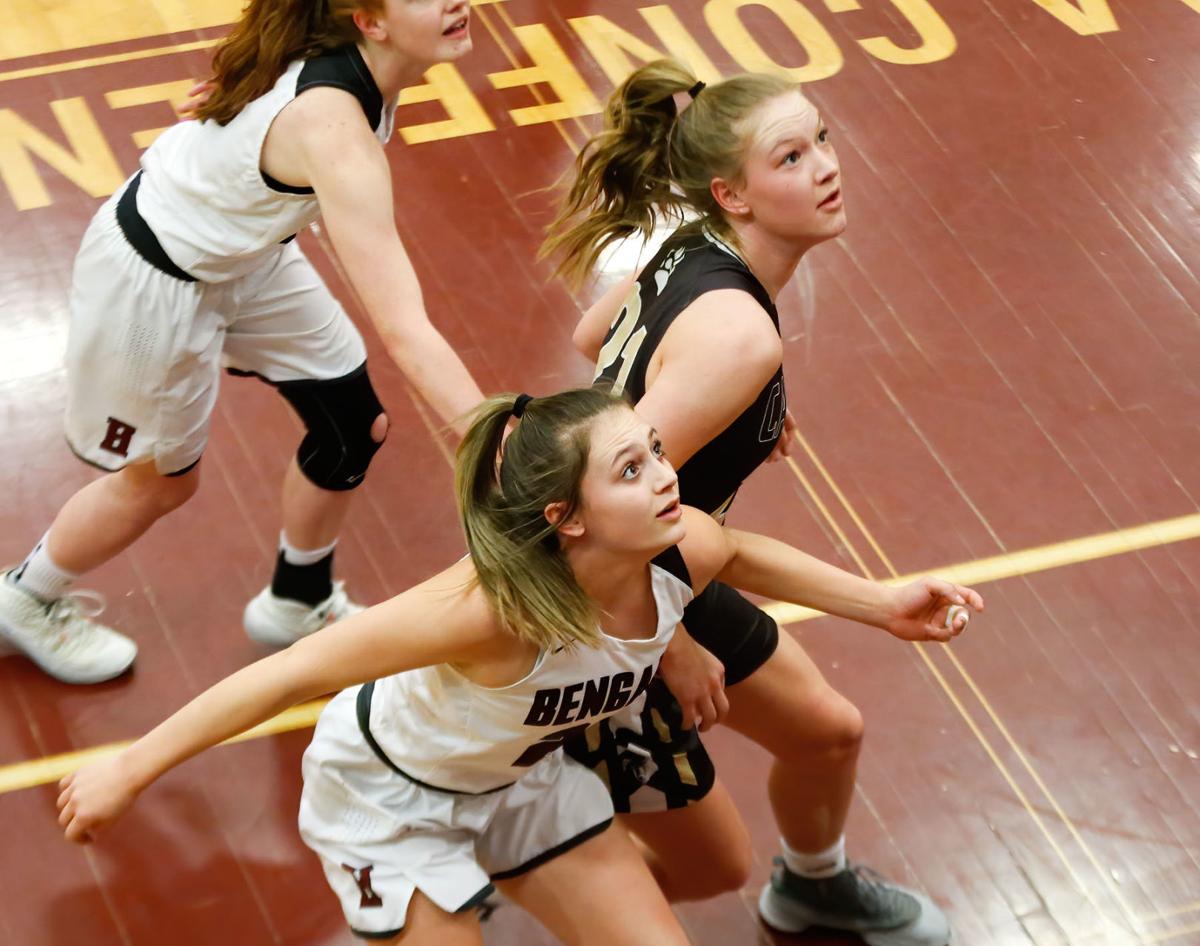 Paige Bartsch of Helena Capital battles Emily Feller of Helena High for a rebound in a crosstown game this past basketball season. Bartsch was named All-State, while Feller earned honorable mention in the Western AA. 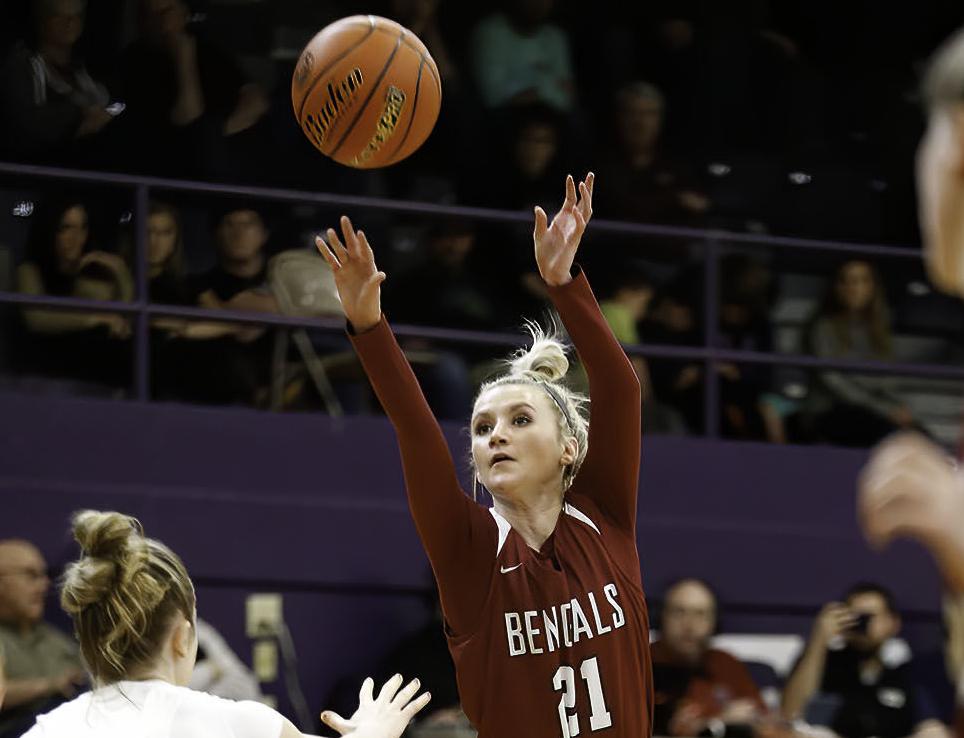 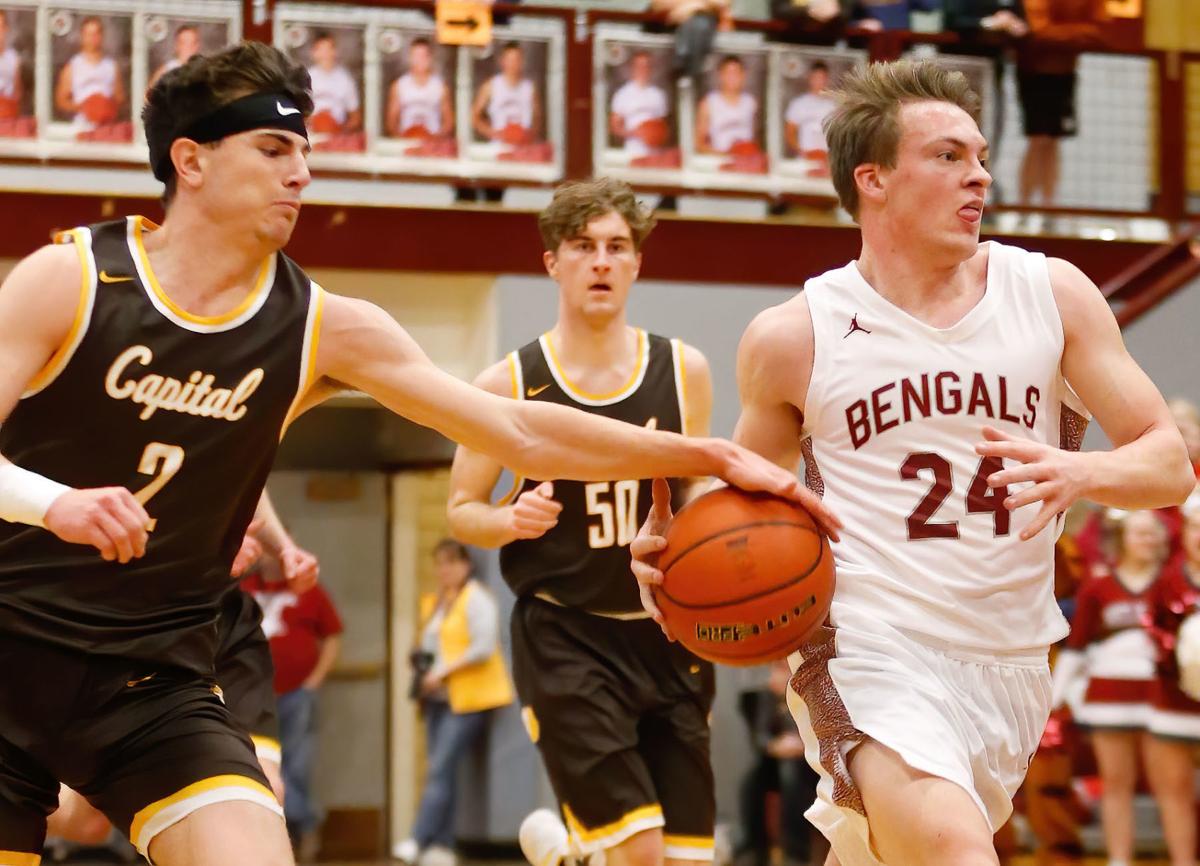 Capital's Parker Johnston swipes the ball away from Helena High's Logan Brown in a crosstown matchup from this past season. 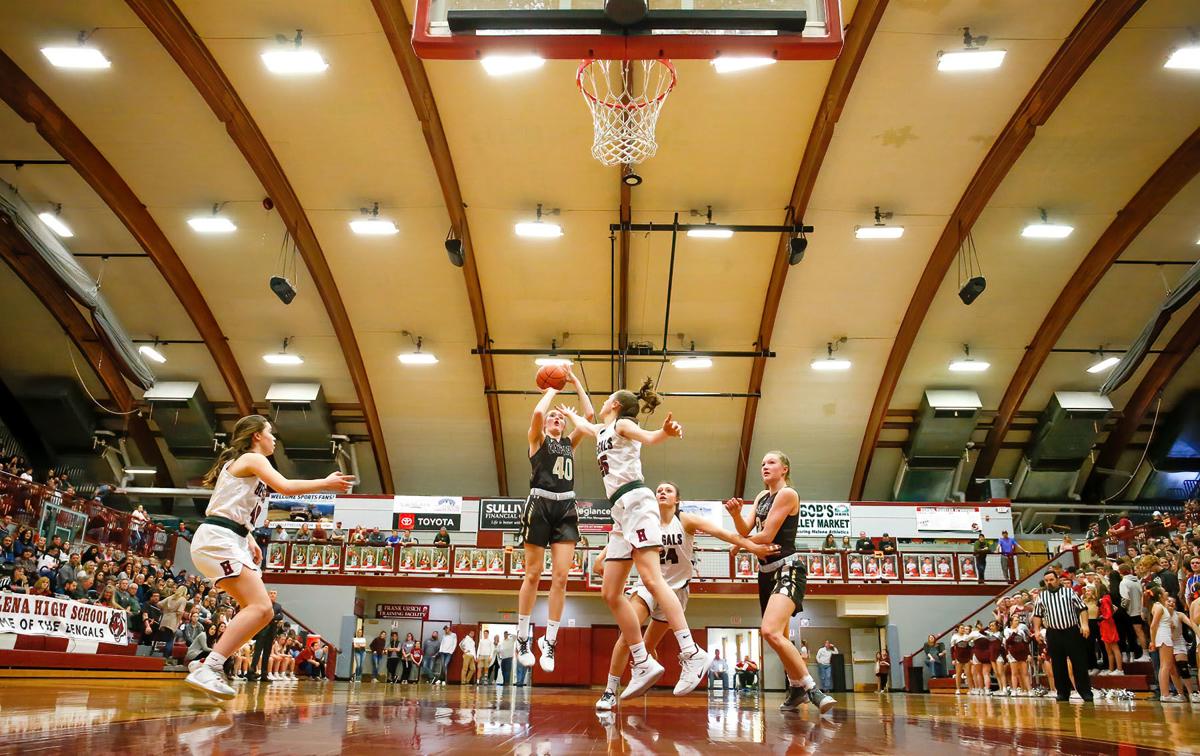 Dani Bartsch goes up for a jumper against Helena High during a crosstown matchup earlier this season.

Just like everything else this spring, the Class AA All-Conference and All-State teams took a little longer to compile.

But earlier this week, coaches met, electronically and determined the top players in Class AA basketball this past season and when the boys and girls teams were announced, four players from Helena made the cut.

Three of the four are from Capital, as Paige and Dani Bartsch, who led the Bruins to a co-state championship in girls AA basketball, earned All-State honors. They both made All-State in Class AA for volleyball during the fall.

The Bartsch twins were joined on the team by McKayla Kloker, of crosstown rival Helena High. The other All-State selections from the Western AA, which were also First-Team All-Conference selections were Aubrie Rademacher of Glacier, Lexi Deden and Challis Westwater of Missoula Sentinel, as well as Addy Heaphy and Bailee Sayler of Missoula Hellgate.

On the boys side of things, Capital's Parker Johnston was the only Bruin or Bengal to earn All-State honors. He was also named First-Team All-Western AA along with Rollie Worster, Abe Johnson and Cam LaRance of Missoula Hellgate, as well as Alex Germer of Sentinel, who each joined him on the All-State team.

Capital finished second in the Western AA during the regular season and also at divisionals. The Bruins won a game at the state tournament and were alive for third place before the tournament was canceled due to the COVID-19 pandemic.

And because of that effort, which included 17 wins, the Bruins also placed seniors Bridger Grovom and Trevor Swanson on the Western AA's Second Team, along with standout sophomore Brayden Koch, who connected on 12 3-pointers in two games at the state tournament.

Here are all the Western AA selections in full:

Hauser, who led the Wolves to the State B semifinals, will continue his basketball career in Montana.

Help us pick the 406 MT Sports Athletes of the Month

Who do you think should be our March honorees?

“I’d rather compete for it,” Capital senior McKinlee Mihelish said. “But we definitely deserved it.”

"We have been playing with each other since sixth grade," Trevor Swanson said. "Knowing this is our last time, we want to give it everything we have."

Helena High's Logan Brown is seeing his basketball career come to a close, but he's hoping it will extend one more week to the state tournament.

A look at the scoring from around the state in boys and girls high school basketball.

Chris Peterson: Having co-champions is much better than having no state champions

No matter how you look at it, having 16 state champions in boys and girls basketball is better than zero.

Paige Bartsch of Helena Capital battles Emily Feller of Helena High for a rebound in a crosstown game this past basketball season. Bartsch was named All-State, while Feller earned honorable mention in the Western AA.

Capital's Parker Johnston swipes the ball away from Helena High's Logan Brown in a crosstown matchup from this past season.

Dani Bartsch goes up for a jumper against Helena High during a crosstown matchup earlier this season.