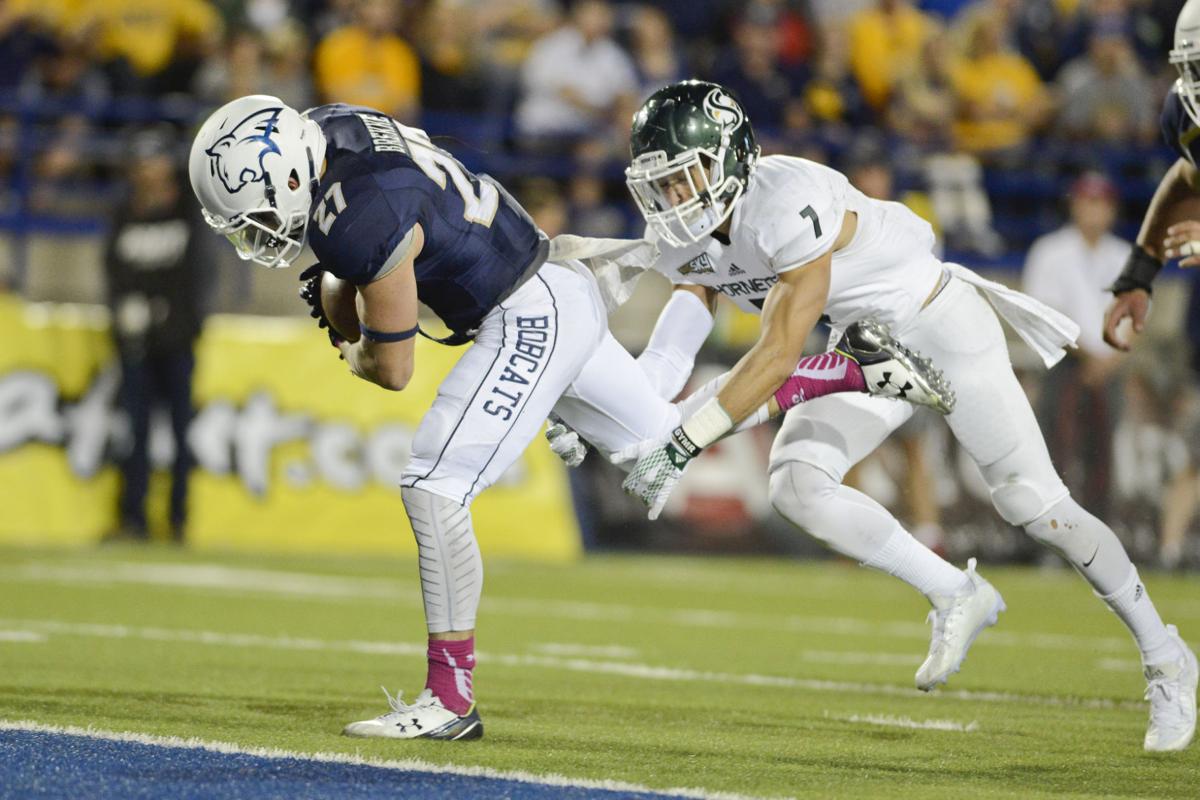 Montana State running back Gunnar Brekke runs the ball in for a touchdown against Sacramento State defensive back Joshua Armstrong during the second half of a football game last season in Bozeman. The Bobcats named Brekke team captain recently. 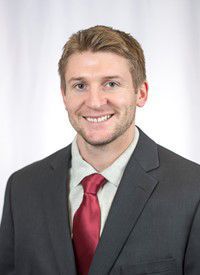 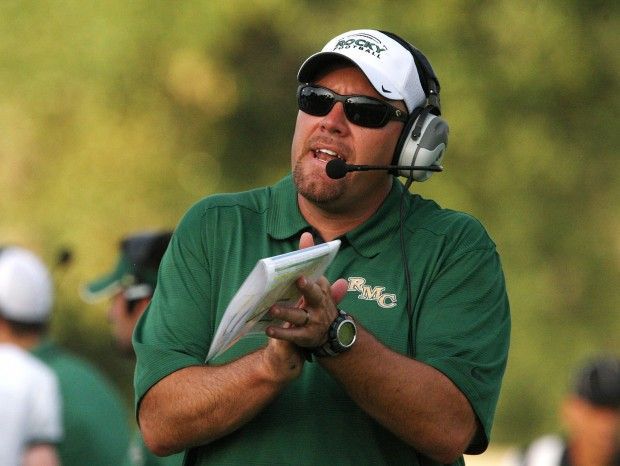 Sparked by the recent naming of three Capital High graduates as team captains for their respective college football teams, 'Where are they now?' decided to broaden the spectrum and also look at former local AA players currently serving in other collegiate capacities.

We’ll run capsules on those captains, and then branch out to current college head coaches and assistants that gridded at CHS or HHS, as well as high school head coaches. Then we’ll conclude the segment by listing as many local alum we could find presently serving as prep assistants.

Caleb Kidder (CHS), University of Montana, is a 6-foot-5, 260-pound senior defensive end who inherited the legendary No. 37 as Griz’s defensive leader as a junior. At defensive tackle last year, Kidder posted 82 total tackles, six pass break-ups and one interception, and was selected first team All-Big Sky. At Capital, he was a three-year grid all-stater, becoming just the fourth Bruin to do so, and was selected the 2012 Gatorade Player of the Year.

Gunnar Brekke (CHS), Montana State, is a 5-11, 200-pound running back. In 2015, Brekke led the ‘Cats with an average of 107.9 all-purpose total yards per game. He earned 11 letters at Capital High, was a two-time All-State selection, and garnered the 2012 Gatorade Player of the Year award.

Preston Pearson (CHS), Rocky Mountain, a 6-1, 225-pound defensive end, is a veteran the Bears will be counting on to anchor the war in the trenches. As a member of the 2011 State champion Bruins, he was named second team All-State on defense.

Bobby Petrino (CHS), University of Louisville, quarterbacked Capital to its first State title in 1978. After collecting two All-American citations at Carroll, Bobby began a coaching career that reached the head job for the Atlanta Falcons in 2007. He then returned to the college ranks, and is now in his third year of his second stint for the Louisville Cardinals.

Paul Petrino (CHS), University of Idaho, during four years as Carroll’s QB, missed only one play, while setting multiple school records. He too has done nothing but coach since graduating college in 1990, serving as an assistant at Atlanta, and now entering his fourth season as head man with the Vandals.

Mike Van Diest (HHS), Carroll, was a hard-working receiver for the University of Wyoming from 1970-73. He was offered a tryout with the Washington Redskins, before serving as the UM Griz’s weight lifting coach. Van Diest eventually wound up back in his home town in 1999, and has since captured six NAIA national titles with the Saints.

Tom McMahon (CHS), Indianapolis. Okay, so McMahon’s not a college head coach. But I’m taking some license anyway, and including our only pro coach – an assistant with the NFL Indianapolis Colts.

Clay Bignell (CHS), Notre Dame, was an All-Big Sky linebacker with Montana State, and is now serving as defensive graduate assistant for the Irish. At Capital, Bignell became only one of three area players selected first or second team All-State in both football and basketball in the same years, twice (his junior and senior years), along with Matt Miller and Trase LeTexier.

Brian Armstrong (HHS), Montana State, was an All-State gridder and a State runner-up wrestler for the Bengals. At Western Montana he was three-time All-Frontier (1993-95), and a 1995 first team All-American. Armstrong’s been coaching for 20 years, held Rocky Mountain’s head job from 2009-15, and is now the ‘Cats O-line coach.

Matt Miller (CHS), Montana State University, played receiver for Boise State from 2011-14, was named a freshman All-American, and set several school receiving records. Miller now serves as MSU’s wide receivers coach. For the Bruins, he was just the second athlete in school history to earn 12 letters, and was selected the 2010 football Gatorade Player of the Year.

Mike Ferriter (HHS), University of Montana, assisted at UNLV and Idaho State, before being hired on as the Griz’s inside receivers coach in 2015. Ferriter was a record-setting quarterback for the Helena Bengals prior to a wide receiver career with UM from 2005-08, where he became the 11th Grizzly with 2,000 yards receiving.

Troy Purcell (CHS), University of Idaho, was an all-conference running back for CHS, before playing linebacker for Carroll from 1986-89. As the head coach at Havre High and later Bozeman High, Purcell won a Class A championship in 2004, and three AA titles, in 2010, 2013 and 2015. He joined the Vandals this season to coach inside linebackers.

Bobby Daly (CHS), University of Idaho, coached the Bozeman Hawk linebackers before becoming Idaho’s Director of Football Operations in 2014. A record-setting D-lineman for Capital and an All-American linebacker at MSU, he played three years of professional arena football.

Nick Howlett (HHS), Carroll, is the offensive coordinator and quarterbacks coach, and begins his 17th season on the Hilltop. He was an All-State gridder for the Bengals, prior to a standout career at Western, where he was ninth in the nation in receiving as a senior.

Tyler Emmert (CHS), Carroll, coaches the receivers. He won two State titles with the Bruins, three NAIA championships for the Saints, set numerous passing records at both schools, and was a two-time National Player of the Year, in 2002 and 2004.

Jake Eldridge (CHS), Northern, is in his eighth season, the last six as the Lights defensive coordinator. “Jake the Snake” captured multiple State track championships for Capital from 1997-99, before becoming an All-Frontier gridder at Northern.

A.J. Wilson (CHS), Western, recently concluded an All-American career for the Bulldogs, and will coach the defensive line and assist in the weight training program. He was the Class AAs Co-defensive POY for the Bruins.

Kyle Mihelish (CHS), Capital High, played defensive back and punt returner for Capital in 1988-89. After serving a long stint as a brown-and-gold assistant, Mihelish became head coach last year, guiding the Bruins to the 2015 playoff semi-finals and finishing at 9-3.

Mark Samson (CHS), Great Falls High, is in his first season with the Bison. He captured three State championships for the Bruins (1999-2000, 2002) prior to a 9-year stint at Montana Northern, where he guided the Lights to the 2006 NAIA playoffs.

Kyle Samson (CHS), Flathead, enters his third season as the Braves head coach. Samson was the 2002 Gatorade Player of the Year with Capital, and an All-American quarterback at Northern.

Monte Thelen (CHS), Legend, Colorado, has been coaching prep football since the mid-1980s, in Washington state, Oregon and Colorado. He starts as Legend’s head coach this fall after 12 years with Cherokee Trail.

George Warburton (HHS), is the head coach at Joliet.

CHS has taken in a Bengal to the fold, as well, in the person of Ryan Fetherston.

Over across town, former Helena players assisting Tony Arntson are Kevin Flatow, Shane Stephenson and Josh Dupler. The Bengals have two Bruin alums on their sidelines also, those being Scott Blixt and Kelly Horne.

Charles McDonald: The NFL has already shown that it doesn't care

The NFL has already told you what it stands for. Over the weekend, the NFL released a statement in support of the protests sweeping the nation in response to the murder of George Floyd by the Minneapolis Police Department. "There remains an urgent need for action," NFL Commissioner Roger Goodell wrote. "We recognize the power of our platform in communities and as part of the fabric of American ...

Will Trubisky be able to handle pressure from Foles in Bears' QB competition? 'That'll be the big question,' Nagy says.

CHICAGO - The announcement came April 3 over a conference call with local media. Chicago Bears general manager Ryan Pace and coach Matt Nagy declared "an open competition" for the starting quarterback job. It was a significant development but hardly surprising. The Bears had put the writing on the wall in spray paint two weeks earlier when they traded a fourth-round pick to the Jaguars in ...

Montana State running back Gunnar Brekke runs the ball in for a touchdown against Sacramento State defensive back Joshua Armstrong during the second half of a football game last season in Bozeman. The Bobcats named Brekke team captain recently.