HELENA — Heading into the second of two open weeks for Frontier Conference teams, Rocky Mountain College is still holding onto a one-game advantage over Montana Western and College of Idaho in the standings. Both the Bulldogs and Yotes won to keep pace with a Battlin’ Bears team that cranked out another 30-point performance, their fifth in six games.

Eastern Oregon dropped its third-straight game on Saturday, this time to Rocky Mountain, locking the Mountaineers in a three-way tie with Carroll and Southern Oregon for fourth place in the conference. Both Montana Tech and Montana State Northern lost again this week, keeping the Orediggers and Lights at the bottom of the league totem pole.

Four times this season, a Frontier quarterback has passed for at least 100 yards and rushed for the same. Rocky Mountain College quarterback Nate Dick has accomplished that feat twice, including last Saturday against Eastern Oregon (224 pass yards, 123 rush yards).

Western signal-caller Jon Jund and College of Idaho’s Jack Rice are the only other quarterbacks in the league to pull that off. Rice passed for 103 yards and rushed for another 106 earlier in the season against Rocky Mountain, while Jund passed for 164 and rushed for 101 yards on Saturday against Southern Oregon.

Both Dick and Jund have thrown for over 1,500 yards in conference play this season. Jund is nearing 2,000 passing yards for the year with an extra non-conference game under his belt. The two quarterbacks have each thrown 13 touchdowns against Frontier teams through six games and average better than 250 passing yards per contest.

The pair has combined for nine rushing touchdowns, with Dick (438 yards) holding the edge over Jund (227) in total yards on the ground.

Montana Tech punter Andrew Almos has established himself as one of the best punters, not only in the Frontier, but in the NAIA. With four more punts for 195 yards against C of I on Saturday, the freshman has now punted for more than 1,000 total yards on the season, one of less than 40 punters in the NAIA to accomplish that so far this season.

Of his 22 punts, Almos has pinned teams inside their own 20-yard line 14 times, a number that is tied for fifth in the nation. He is one of just 23 punters in the NAIA to have a punt travel at least 66 yards and his 45.7 yards per boot ranks second in the country.

Almos played high school football under Mark Samson at Great Falls High where he was all-state and all-conference as both a quarterback and punter.

Frontier Conference in the polls

With a 17-point road win over Eastern Oregon, Rocky Mountain moved up four spots to No. 19 in the latest NAIA top-25 coaches poll released on Monday. At 5-1 and atop the conference, the Battlin’ Bears are the Frontier’s highest-ranked team, with Montana Western following closely behind at No. 21.

College of Idaho entered the top-25 this week after a come-from-behind against Montana Tech. The Yotes, now 4-2 on the season, are ranked No. 25, giving the Frontier three teams among the top-25 in the nation.

Conference Players of the Week

*McCoy also earned NAIA National Player of the Week honors for his performance.

This is a game for sole possession of second place in the Frontier. Both teams enter at 4-2, chasing a one-loss Rocky Mountain team. Western has to go on the road for this match-up, but the Bulldogs will bring with them the best scoring offense in the league (36 points per game), a unit that averages over 450 yards per contest behind quarterback Jon Jund.

After starting the season 3-0, Eastern Oregon is back to .500 after three-straight losses. In their last four games, the Mountaineers are averaging just 9.3 points per game and have looked like a shell of the team that scored 26 and 35 points in the season’s first two contests.

The Lights have not won a league match-up in about five years, so this looks like a good opportunity for Eastern Oregon to get back on track.

The Battlin’ Bears are rolling right now. Quarterback Nate Dick threw another four touchdowns on Saturday, giving him 13 in six games. As good as Rocky Mountain’s offense has been (415.8 yards per game), its defense has been porous, allowing over 400 yards of offense and 27.5 points per game to opponents.

That is good news for a Carroll team that will be coming off a season-high 34 points scored against Northern, and one that is looking to win its third-straight contest after starting the season 1-3.

Tech gave up a late lead against C of I on Saturday, dropping the Orediggers to 2-4. Southern Oregon was beaten soundly by Western in Dillon and is still searching for its first road win of the campaign. At home or at neutral sites in the state of Oregon, however, the Raiders are 3-0 this season, a trend that should give them an edge against a Tech team that has largely struggled through six games this season.

'I’ve been dreaming of this since I was a little kid': Helena High's Kade Schlepp, Hellgate's Jacob Sweatland commit to Carroll

“You look at these guys and they come from great high school football programs...There’s a lot of work left to do, but it’s nice to have some guys that are from close to home.”

'Glad he’s on our side': Carroll men hold off Northern behind Andrew Cook's 20 points, women blow by Skylights

“[The dunk] was great. When you have a big play and the crowd is going nuts -- I just, honestly, went numb. It was one of the best feelings.”

“I come [to Carroll] not to work just for myself, but to work for my team and everybody who has counted on me so far.”

“I think it’s super important just to get off on the right foot. Set the tone for this conference. Get a win [Thursday] and get a win on Saturday, not to look ahead.”

Both Carroll basketball teams moved up in the latest edition of the NAIA top-25 coaches' poll released on Wednesday. See where the Saints now rank nationally. 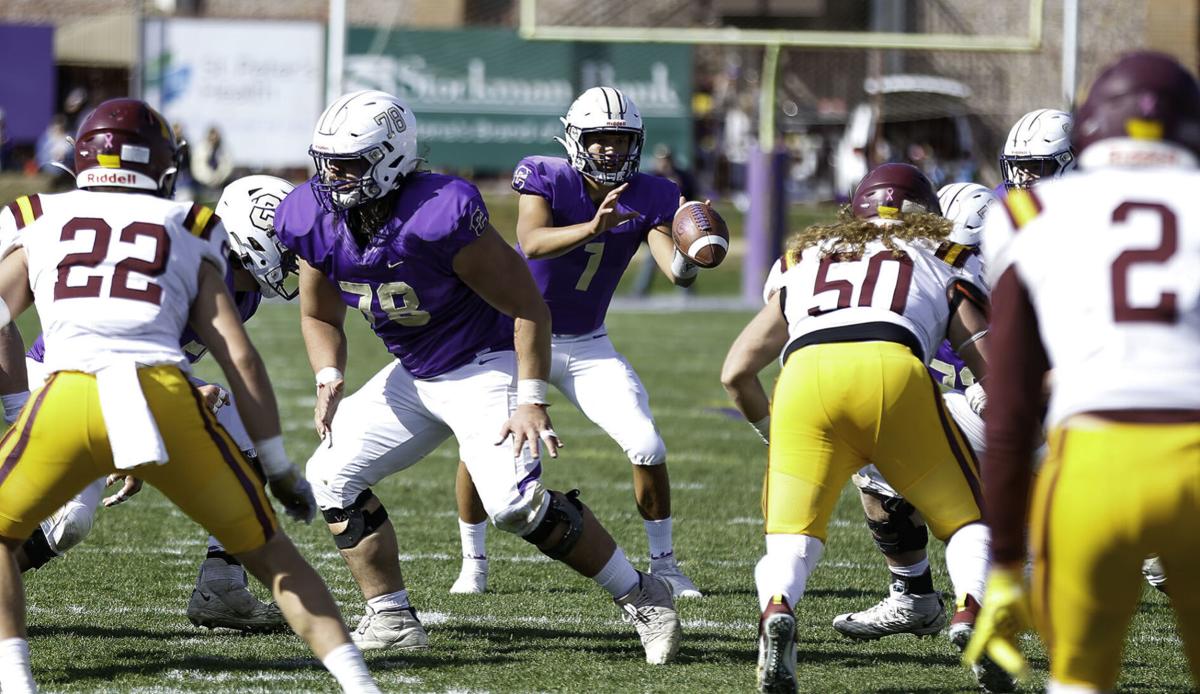 Carroll quarterback Jack Prka takes the snap during the Saints' game against Montana State Northern on Saturday inside Nelson Stadium. 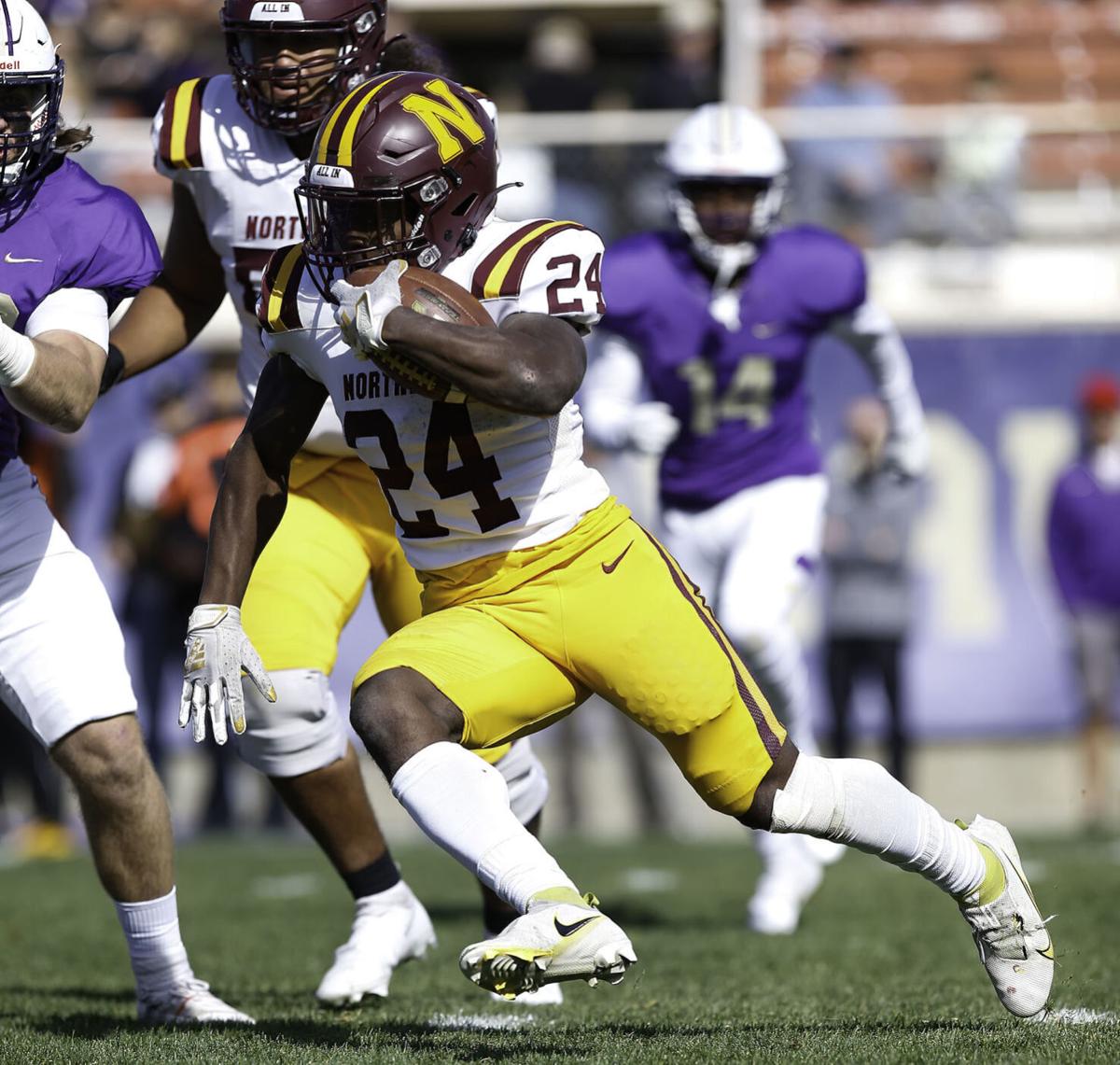 Montana State Northern running back Izayah Boss looks for some running room against the Carroll defense. 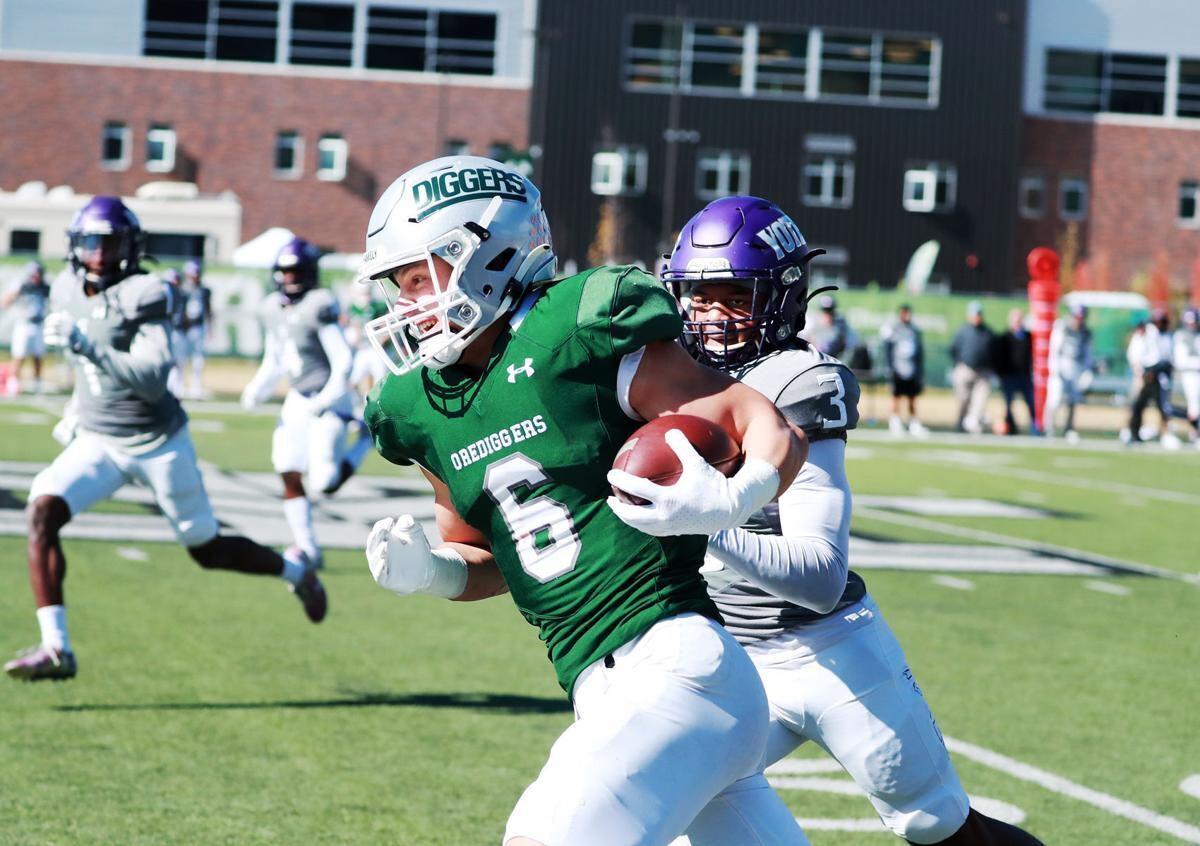 Tech's Trevor Hoffman carries the ball up the sideline on Saturday in the Orediggers home game against the College of Idaho.