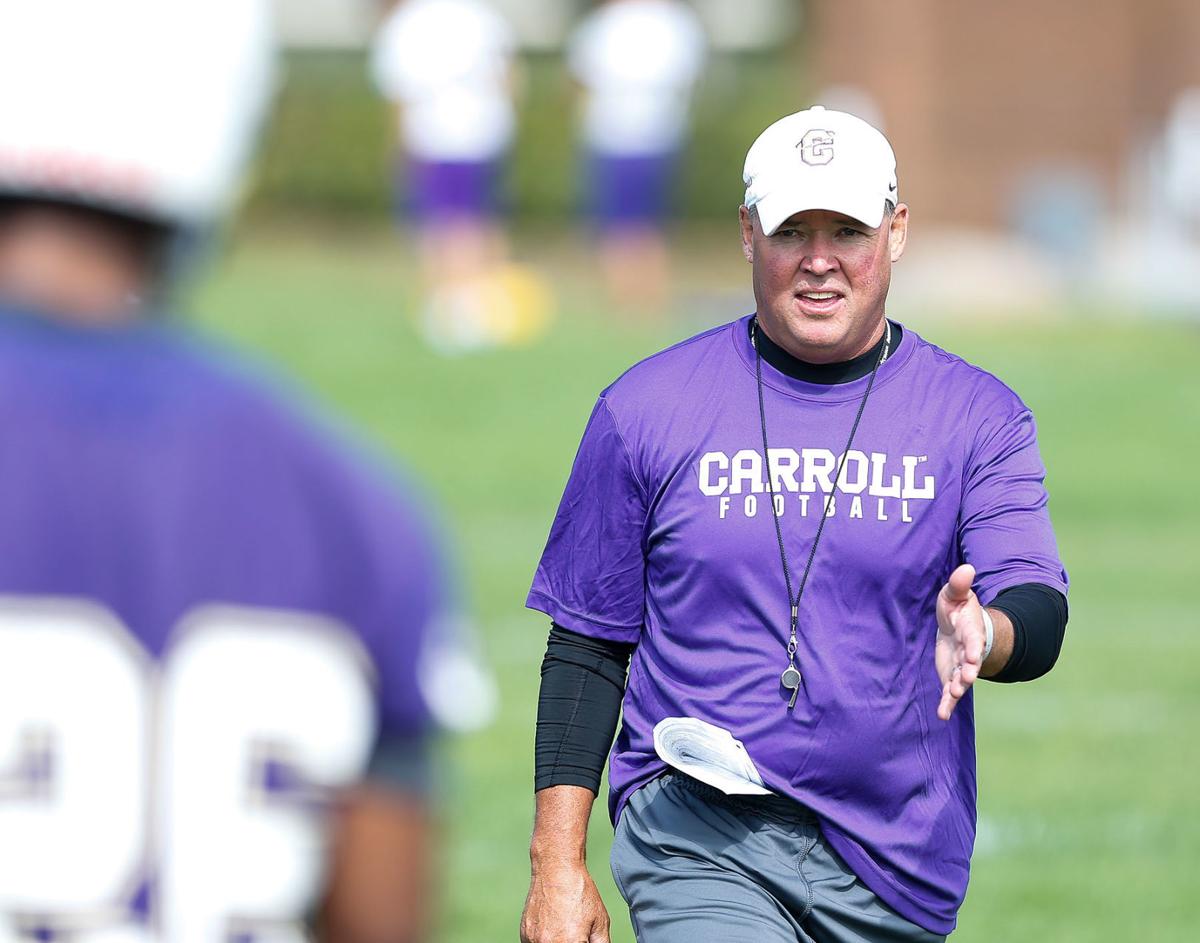 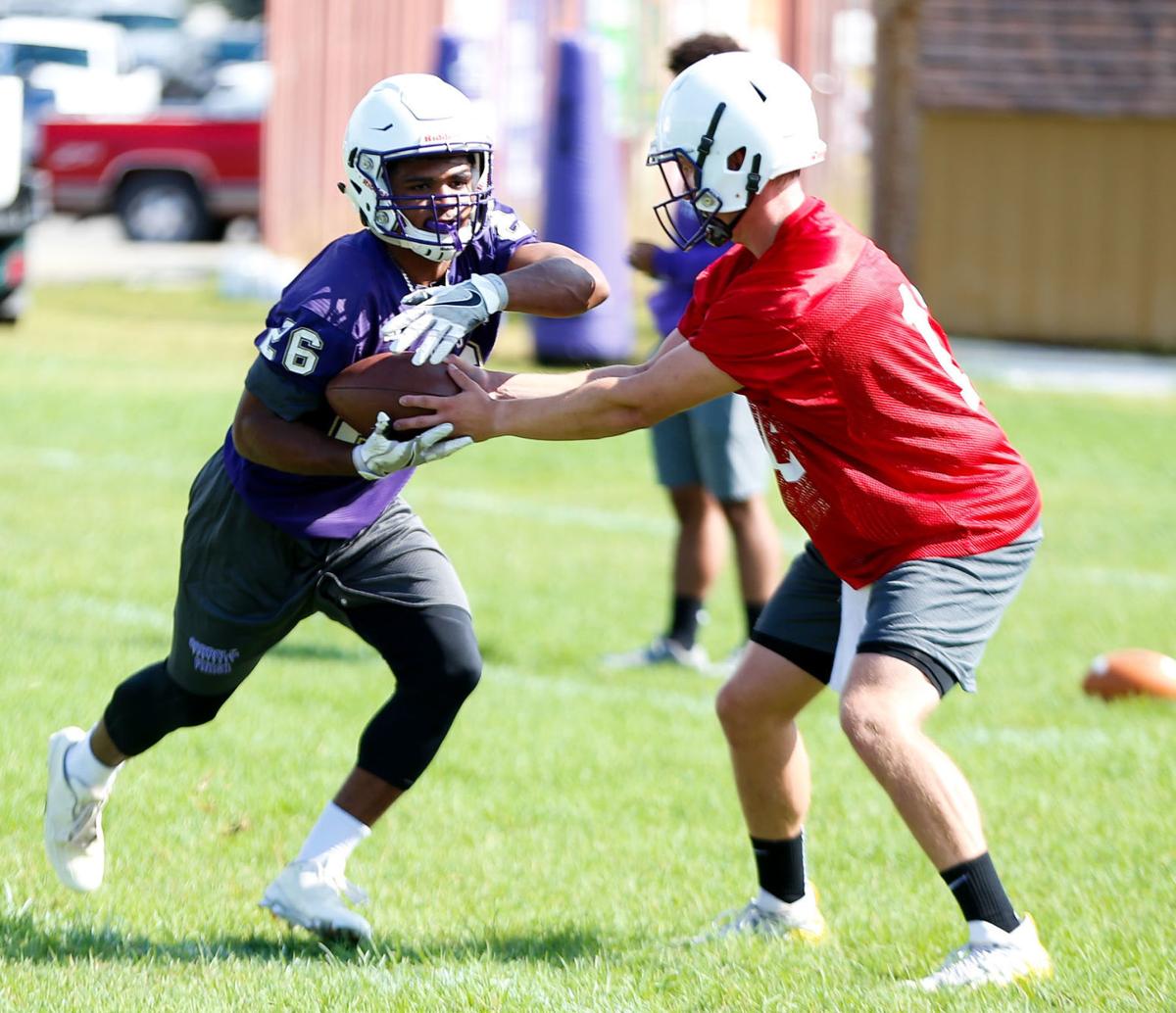 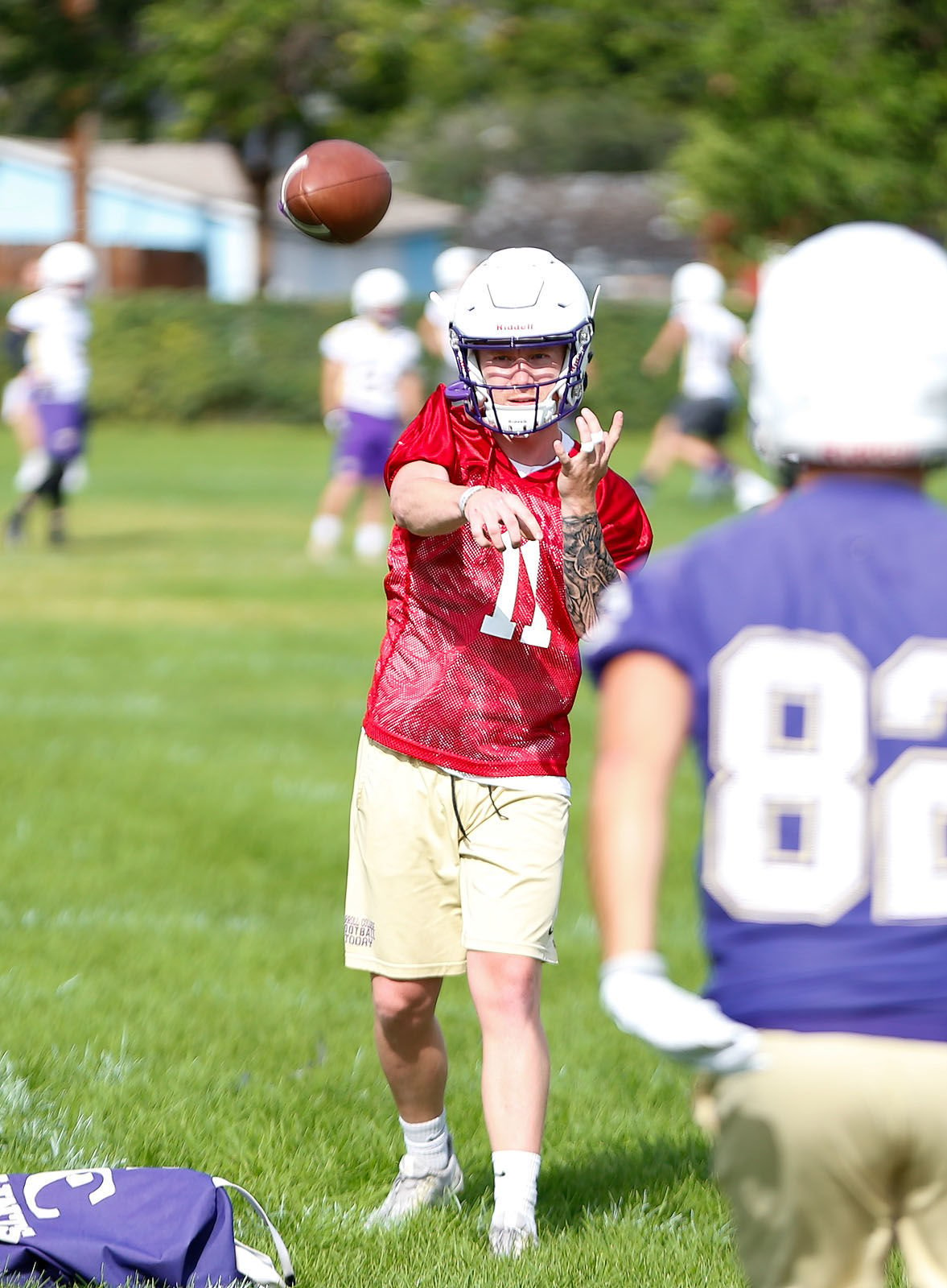 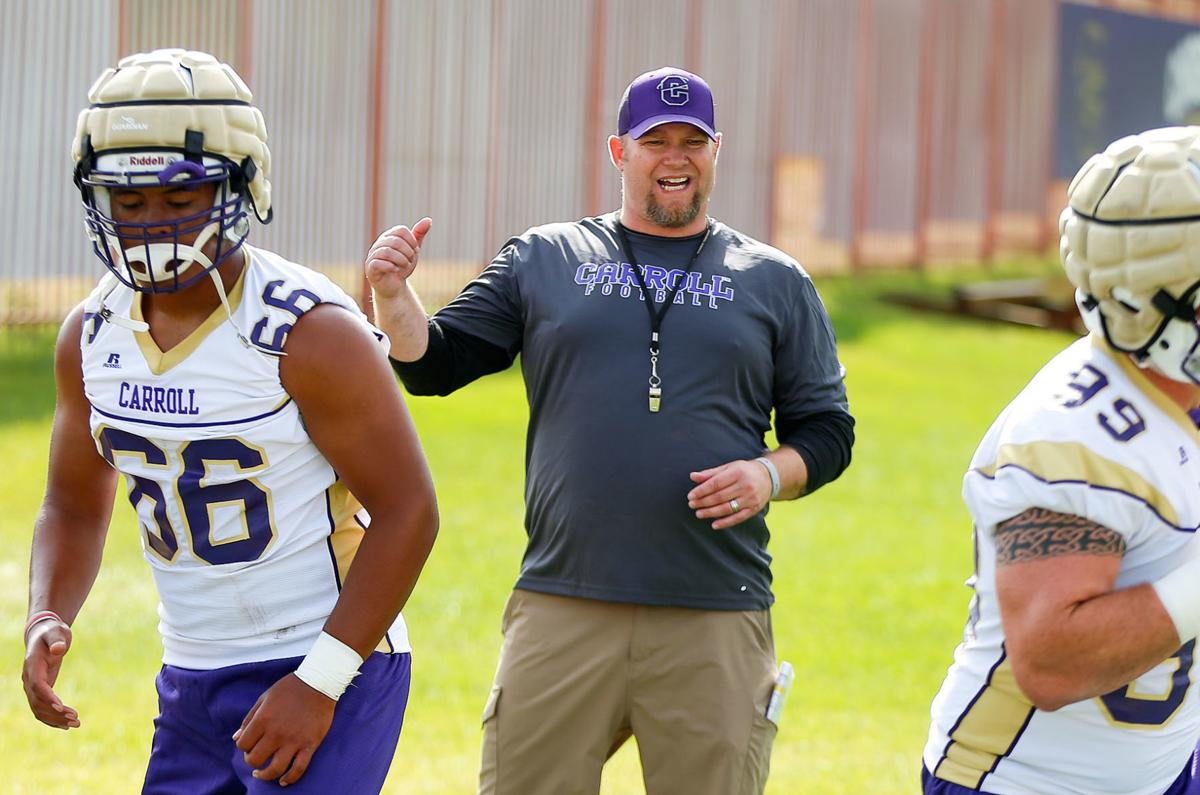 HELENA — The Carroll College football team jogged out to the fields behind the PE Center on Sunday morning.

It has been months since it held an organized practice.

And there was excitement.

But with that excitement come questions, 27 days leading up to the Saints' first game against Montana Western in Dillon.

First-year coach, Troy Purcell, said it’s going to take longer than just a two-hour morning practice to get them answered.

“I thought it went fairly cleanly, but there are always things we can improve,” Purcell said. “Organization, getting to different areas, getting coaches and new players to where they need to be. Once we do that, I think we can get more reps in.”

That isn’t to say that some organization wasn’t already instilled last spring.

“A lot of this will be evaluation of the freshmen who came in and transfer kids on where they are at,” Purcell said.

Purcell brought in a recruiting class of 24 players that included Bridgewater, who transferred in from NCAA Division II Colorado State-Pueblo and the University of Idaho transfer Michael Maafu.

While the players have been sorted into groups, Purcell said there will still be plenty of opportunities for players to prove themselves.

“These groups will always fluctuate,” Purcell said. “We will always chart everything, watch everything on film and evaluate if someone else is playing better and giving a better effort we will move that guy up move his replacement down.”

Ali has been in position battles in the past and even though he led Carroll with 722 total rushing yards, he knows his starting job from last season isn’t necessarily guaranteed.

“We have a bunch of great backs and a bunch of talented backs,” Ali said. “All of them are capable of carrying the ball in a game and it’s nice having those guys, especially the young ones. I’m pushing them, but they are pushing me too.”

The Saints coaching staff looks to complete their evaluations over the next two weeks in preparation for the start of the season.

“We have a pretty good idea on who our ones and twos are, but let’s let the twos battle for that one position,” Purcell said.

The first practice included conditioning, individual drills and running through some of the offense but most importantly, it was a first chance for his players to lean what is expected of them.

“There was a lot of learning,” Purcell said. “All of our guys are here and now we move forward.”

Ryan Kuhn covers Carroll College athletics for the Independent Record and 406mtsports.com. Email him at ryan.kuhn@406mtsports.com or follow him on Twitter at @rskuhn

What type of Halloween candy are you?