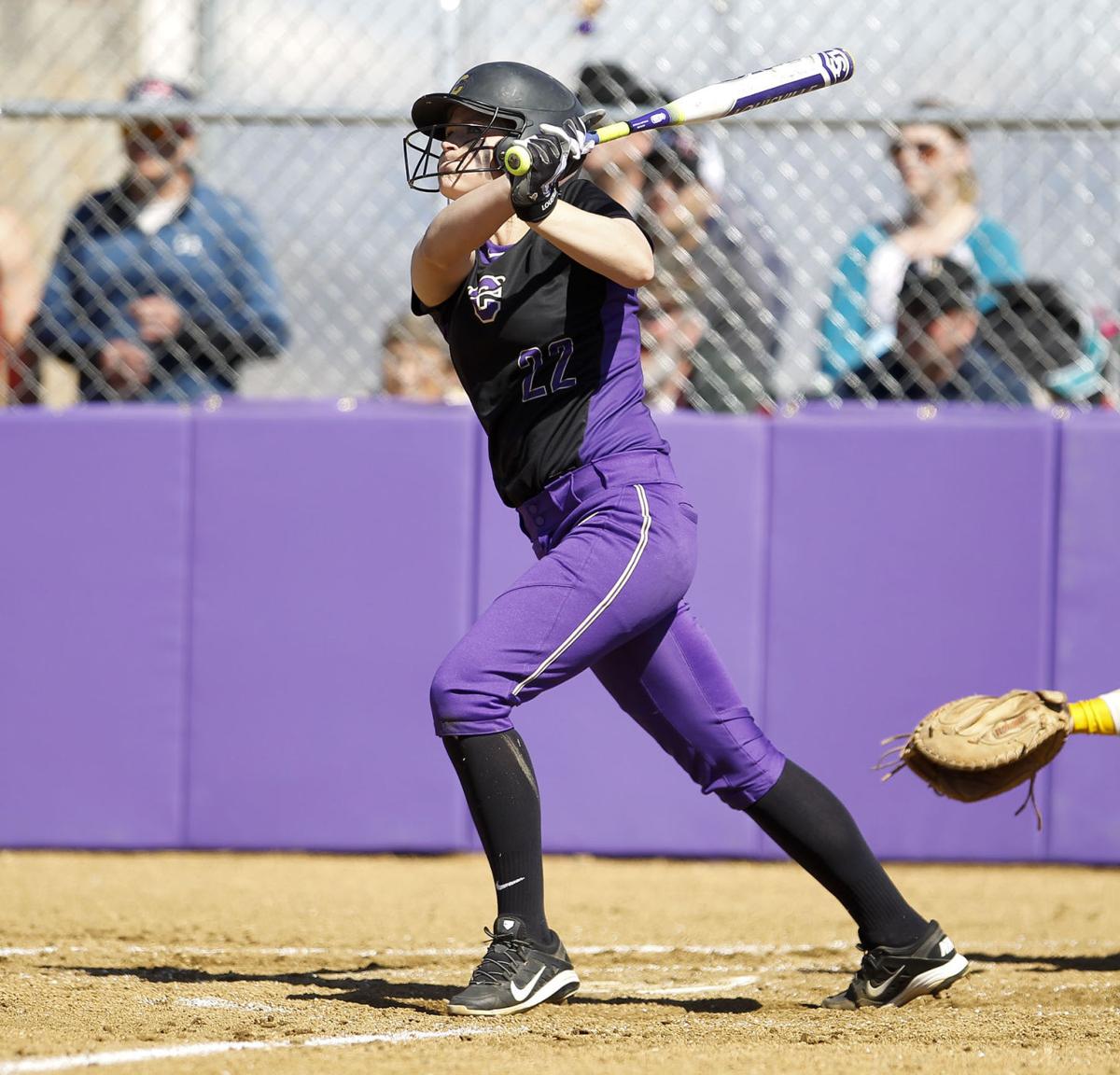 In this April 2016 file photo, Carroll College’s Megan Gipe hits a grand slam in the third inning of the Saints’ win over the Argos, 10-1, in the first of a doubleheader at Centennial Park. 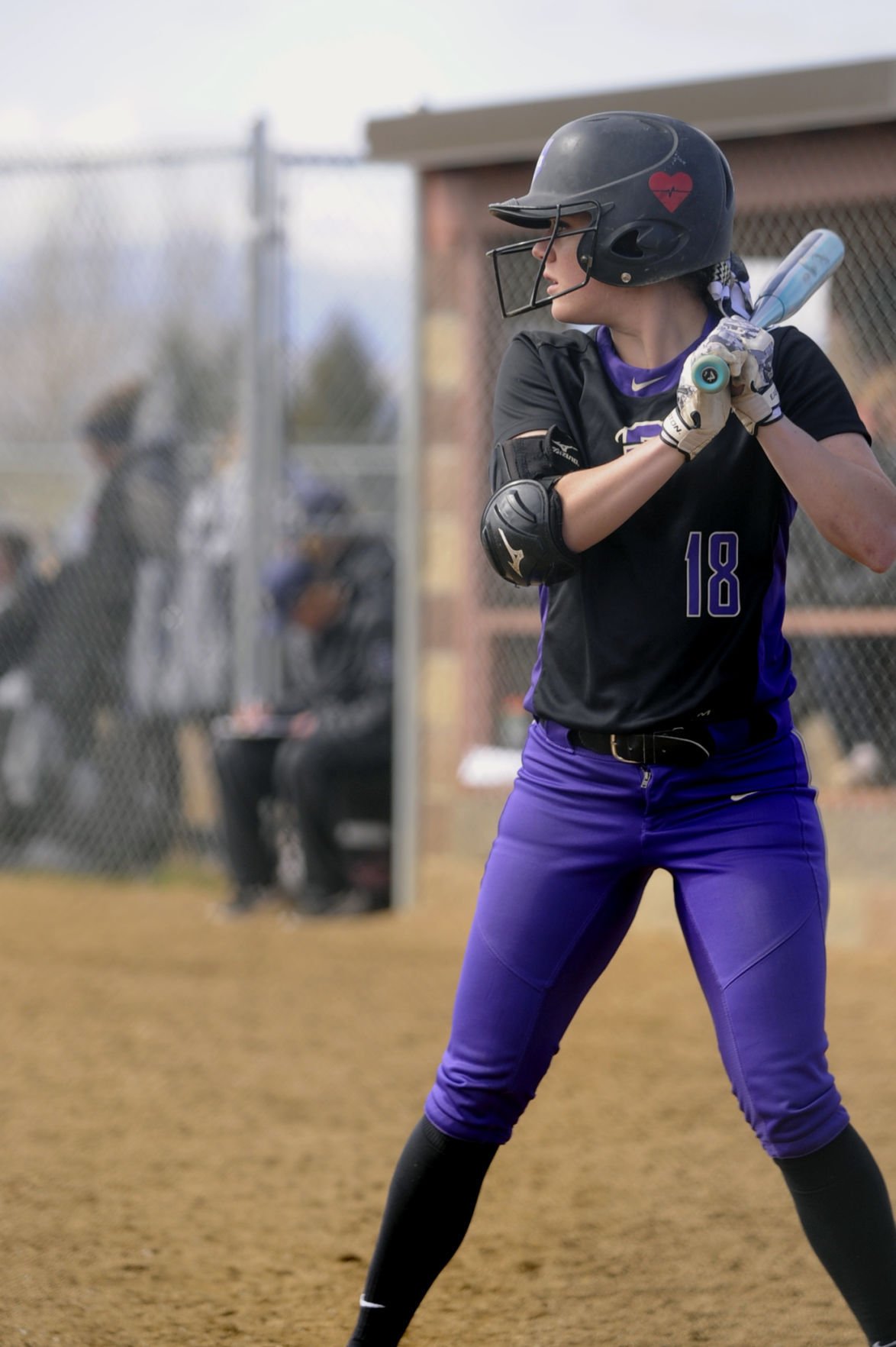 Carroll's Courtney Cloud awaits a pitch during a contest against Eastern Oregon March 31 in Helena.

The Saints controlled their postseason destiny.

Win, and they were in.

After taking two of three from the top program in the Cascade Collegiate Conference last Friday in Salem, the Saints looked to be peaking at just the right time.

The order still towered above them, though. The Saints, playing in their fifth game in three days, sputtered. The University of British Columbia and Carroll College postponed their previously scheduled meeting. UBC was scheduled to visit Helena and face the Saints in early March.

The rescheduled venue was in Beaverton, Oregon, at Sunset High School -- a neutral site game for both parties.

“We had a great series at Corban,” Saints coach Aaron Jackson said. “Knock off the No.1 team, two out of three, had a chance to sweep them in the third game. We set up a situation on Sunday where we played an emotional high energy game and have a quick turnaround.

“We came out a little flat. Never got the big kick we needed to. Game two we had bases loaded and one out and never got that big hit.”

Jackson delivered a simple, effective message to his team: “I didn’t want to have this conversation again,” Jackson recalled, explaining that the season’s last breakdown as the team missed the playoffs stung. The Saints expected to make the postseason.

“We fell short of that this season,” Jackson said. “Every year you want to compete for a championship and beyond. It was a reset to go through what could have been. When you have opportunities you have to take advantage of them. We had a lot of opportunities to win a lot of big games, just didn’t quite finish the game like we wanted.”

Jackson saw the weekend as a fitting homage to the season: The Saints could play with and beat the conference’s greats, but too often consistency eluded them. Carroll’s firepower, when it clicked, could take down nationally-ranked teams, evidenced by the Saints four wins over Top 25 opponents.

However, as was too often the case this season, the Saints could also freeze at the plate, leaving runners on base and the scoreboard unaffected. A 15-21 season began and ended with inconsistency. The Saints’ had only three preseason games before jumping into conference play. As many other teams toiled through various lineups and worked out the kinks of an early season roster, the Saints discovered themselves when the W’s and L’s really mattered.

Even as the third year of the Saints’ softball program came to a close, Jackson liked where the Saints were. Under Jackson, the Saints are now 52-58, with the best season coming last year when the they went 24-20 and won the conference’s East Division. Jackson admitted the W-L record this season could be discouraging, but pointed toward his team’s work in the classroom, a collective effort that he felt was any of his softball teams' strongest.

“We’re right on track,” Jackson said. “People are going to look at this year and some might say you fell short and in some circumstances we did. There’s a lot that played in that. We had four Top 25 wins. We beat every team in our conference. Now it’s just flipping a few games. The future is bright. We return our whole pitching staff. We return the majority of our lineup everywhere else. We really only lose one kid that played quite a bit. It’s a great advantage for us. A lot of kids had good innings as freshmen.”

The Saints graduate Megan Gipe and Courtney Cloud. Gipe had been with the program since its inaugural season, and Cloud joined the team last season.

“It’s always bittersweet for the seniors when the season ends on a loss,” Jackson said. “We thank Megan and Courtney for the years they gave us here. Two kids that took a chance on a new program and accomplished a lot of things while they were here. All in all they left Carroll College with a championship a year ago. They were part of a first. There were a lot of firsts.

They were far away the foundation for the years to come.”

In this April 2016 file photo, Carroll College’s Megan Gipe hits a grand slam in the third inning of the Saints’ win over the Argos, 10-1, in the first of a doubleheader at Centennial Park.

Carroll's Courtney Cloud awaits a pitch during a contest against Eastern Oregon March 31 in Helena.