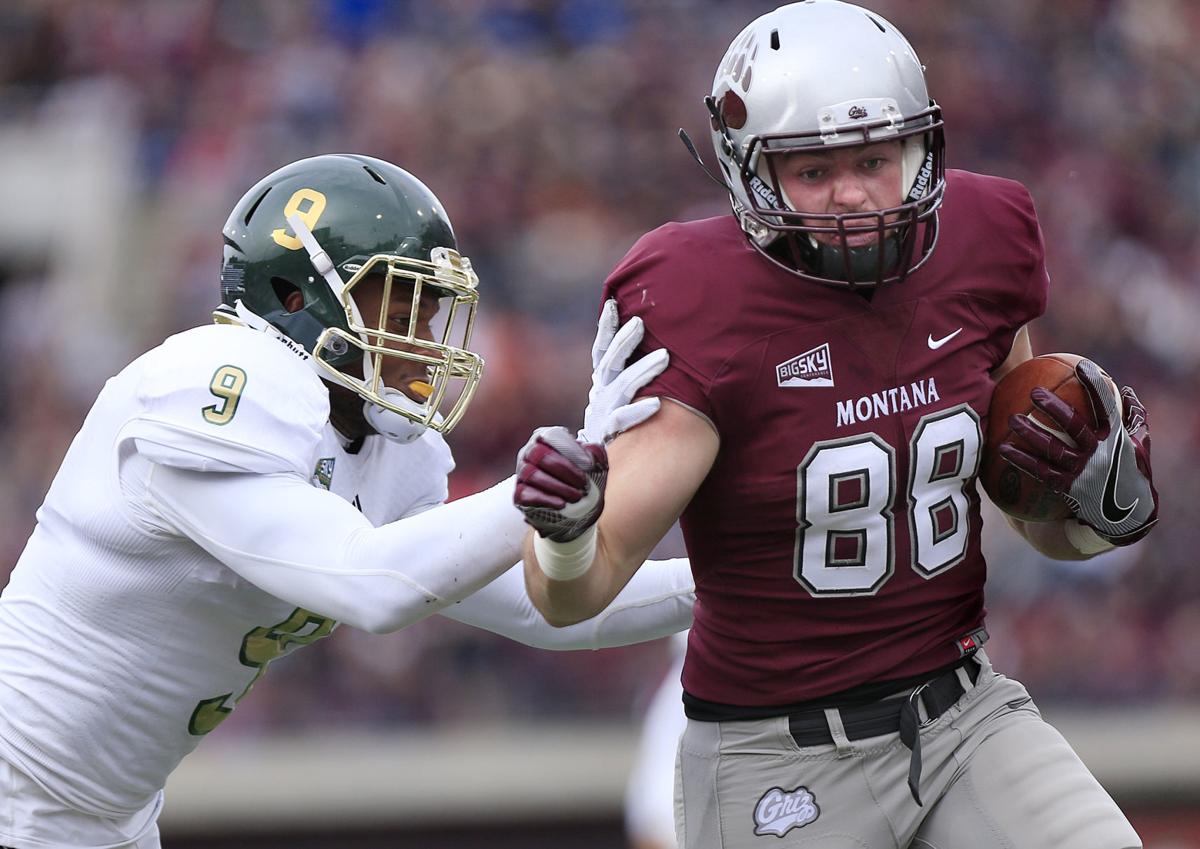 Montana tight end Colin Bingham scores a touchdown in the first half of last season's home victory over Sacramento State. Bingham is the lone upperclassman in the Grizzlies' tight end group this season. 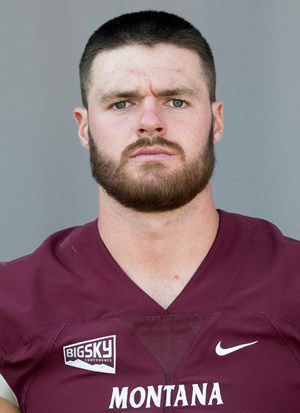 MISSOULA — Montana Grizzly Colin Bingham was an all-state tight end at Missoula Big Sky, but his senior year will be just his second collegiate season at the position.

Bingham was a receiver under former Griz head coach Bob Stitt, but when Bobby Hauck took over ahead of the 2018 season, Bingham moved back to the position Hauck reintroduced. He’s since been relearning the tight end position in terms of what Hauck wants out of the group.

The one thing Bingham has that none of the other tight ends have in abundance is collegiate experience. He’s the lone upperclassman among the six of them on the roster, and he’s embracing the leadership role that he started to take on last season even more as his career reaches its final year.

“It’s definitely something I’ve been trying to work on and be more of: an active leader on the team. Definitely more opportunities to be a leader with young guys in the room that are learning,” Bingham said after the fifth practice of fall camp on Saturday. The team took the field again on Sunday for its sixth practice, but inclement weather shortened it.

The Griz have no shortage of vocal leaders and leaders by example with quarterback Dalton Sneed, linebacker Dante Olson, defensive lineman Jesse Sims and center Cy Sirmon, among others. But having a willing leader or two in each position group is an added benefit.

Bingham offered that learning from those teammates and feeding off their energy has helped him in becoming a more complete leader. In practices, he leads the tight end group on runs from one drill to another and is the first in line to perform the drill.

“It’s just having relentless positivity and relentless effort,” Bingham said of what he believes it takes to be an effective leader.

Hauck noted how Bingham’s leadership shows through in how he handles himself.

“He’s got great work ethic,” Hauck said. “He’s got great dedication to the weight room, so he kind of shows them how it’s done in terms of offseason training.”

Redshirt freshman Colten Curry, the only other non-freshman in the group, added five pounds to reach 6-foot-7 and 200 pounds. Among the true freshmen, Noah Ambuehl came in at 6-foot-3, 248 pounds while Joey Elwell is 6-foot-3, 237 pounds.

“They look good physically,” Hauck said of the returners. “They had a great offseason, all of them. They’re all workers, so all that time in the weight room should show up, and it does with that group.”

Being a tight end in Hauck’s system requires more physicality than playing as an H-back receiver in Stitt’s system, Bingham learned last year.

He feels there’s an increased focus on run blocking and pass protection, the former being what Bingham exceled at in high school. That paid dividends last year when he and tight ends pitched in with helping a young offensive line block.

“That’s what we kind of focus on is our physicality,” Bingham said. “The route running, that comes with some schemes and stuff. We’ll get our balls through that. If we can be the most physical group on the team, that’s our goal.”

In the passing game, Bingham, Deming and Rensvold hauled in 30 passes totaling 322 yards and three touchdowns in 11 games. Bingham’s 12 catches were tops, going for 93 yards and one touchdown

Deming led the way with 140 yards on 10 catches. Rensvold paced the group with two scores on his eight catches for 89 yards.

“They’re really good guys to lean on for knowledge,” Bingham said. “Definitely is kind of fun being an older guy, helping teach some of the freshmen and new guys in the group.”

Bingham’s not concerned with who has the best individual stats; it’s about the team success. He hopes to help lead Montana to a conference championship, a win over Montana State and a playoff berth in his final year.

Whether or not the Griz can do that, Bingham has the right attitude to help them in that quest. He hopes that shines through in how he’s remembered during his time at Montana.

“Just as a relentless effort-type guy and a good leader,” he said. “And just a good dude. Coach Hauck preaches it all the time: be the best guys on campus. So, let’s do that.”

Frank Gogola covers Griz football and prep sports for the Missoulian. Follow him on Twitter @FrankGogola or email him at Frank.Gogola@406mtsports.com.

No surveys. Faster-loading pages. Join for $3!