Become a Member
Read Today's E-edition
Share This
Where are they now: Helena's Brian Buschini, Andriy Proctor getting their kicks in football, soccer
0 comments
Share this
1 of 2 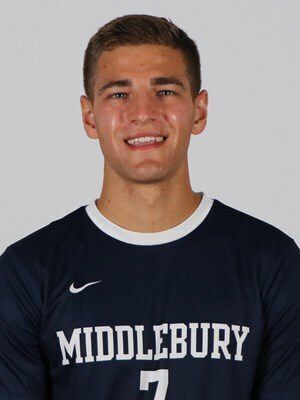 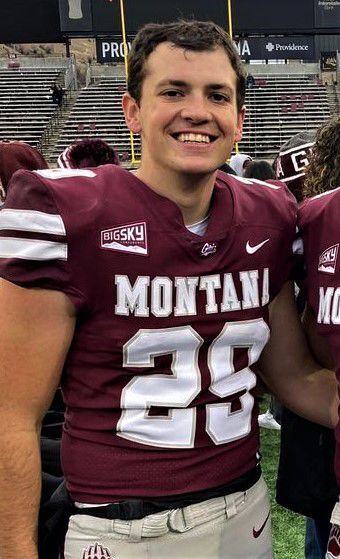 HELENA — This week, we visit a pair of former Helena high school standouts known for their kicking ability – a freshman to the west over the Continental Divide in Missoula, and a senior showing his wares to the far east in New England.

Senior Max Quick of Stephen F. Austin finished runner-up, with 38 attempts and 1,772 yards, for a 46.63 average. As a team, Montana averaged 44.39 net punting yards – also No. 1 in the country – meaning the special teams gave up slightly more than two yards per punt return. UC Davis placed second, at 42.54 net average.

Buschini erased Mike Rice's 1985 UM record average of 44.69 yards by nearly two yards per punt. During the season, he drove 23 punts 50 or more yards, with a long of 62, while placing 22 boots inside the 20-yard line. Buschini also achieved four touchbacks and 21 his kicks were fair catches' zero punts were blocked.

He performed most of Montana's kickoffs, as well, booting 61 balls for 3,477 yards, with a an average of 57.0 yards per kick. Buschini reached the end zone 24 times and did not kick a ball out of bounds all year.

The son of Brian and Rosana Buschini of Helena, he is majoring in Sociology, with a focus on criminal justice.

Andriy Proctor, who graduated from Helena High in 2016, recently completed his career for the Middlebury College (Vermont) men's soccer team. On Sunday, the Panthers were eliminated from the NCAA Division III tournament after a 1-0 loss to host No. 19 Amherst College (Massachusetts), just one win shy of qualifying for the national's Final Four.

Middlebury received an at-large bid to the tourney for the fourth year in a row – the first from the program to do so – and opened with a win over SUNY Oneonta 1-0, in Lancaster, Pennsylvania. MC then upset No. 4 Franklin & Marshall College 2-0.

Next, the Panthers (13-5-3) defeated John Carroll University 2-1 in Amherst, in round three to advance to quarterfinal.

In addition to his college soccer, Proctor has been doing quite a bit of work for a top Danish professional club, FC Nordsjælland, including two internship stints – last fall and this past summer in Denmark, just north of Copenhagen.

“Andriy's been working in their character education coaching department and is hoping for a position either in Denmark or with their pathway program, Right to Dream, in Ghana next summer,” according to his father, Geoff Proctor. “The Right-to-Dream program is...a leading international soccer development vision.”

He related how his son is interested in pursuing a position, possibly coaching or perhaps in the front office, in the world of soccer after he graduates with a double major in history and political science in February.

Proctor led the 2015 Bengals the state runner-up trophy and named the Independent Record's Boys Soccer Player of the Year. He went on to play “significant New England Small College Athletic Conference minutes in the toughest D3 conference in the country,” since five of the last eight national champions are from the NESCAC.

Eastern Washington stifles Northern Iowa, setting up rematch with Montana in 2nd round of playoffs

It's Montana vs. Eastern Washington, Part 2.

Montana's Justin Ford finishes the regular season with eight interceptions, which is more than 40 FCS teams had this year.

The Grizzlies never trailed as they halted the Tritons' four-game win streak and picked up their second win in a row to get the Zootown Classic started.

The Grizzlies took their third win in a row and cap off the Zootown Classic 2-0.

MISSOULA — Gritty play down the stretch paid off for the Montana women's basketball team Friday afternoon in its first game at the Grand Canyon Classic in Phoenix.

The Montana women's basketball team is on a roll under first-year coach Brian Holsinger. The Lady Griz will try to make it three wins in a row Friday at noon.

UNC Wilmington has withdrawn from the Zootown Classic because of a flu outbreak on the team.