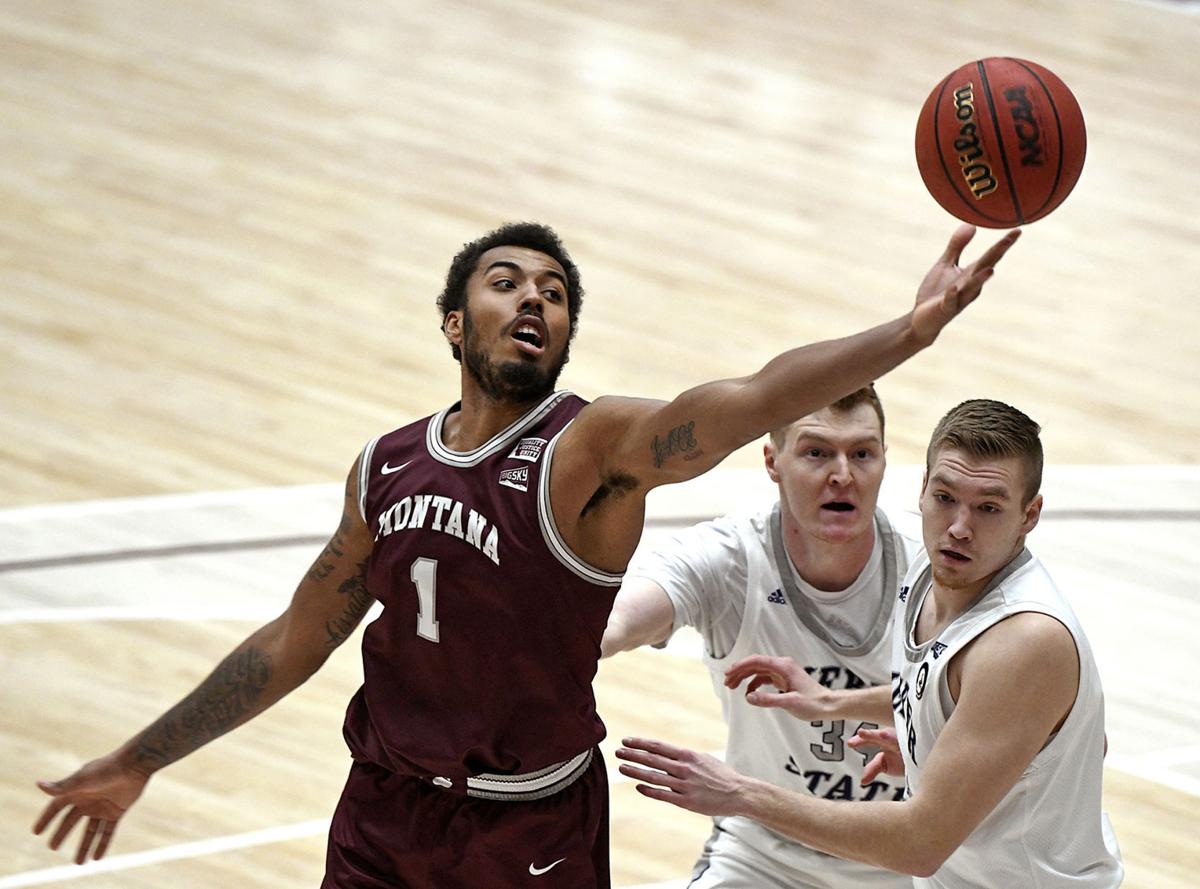 Montana's Michael Steadman reaches for a rebound in a 91-82 loss to Weber State on Saturday at Dahlberg Arena in Missoula. Steadman opted to enter the transfer portal two days after that game. 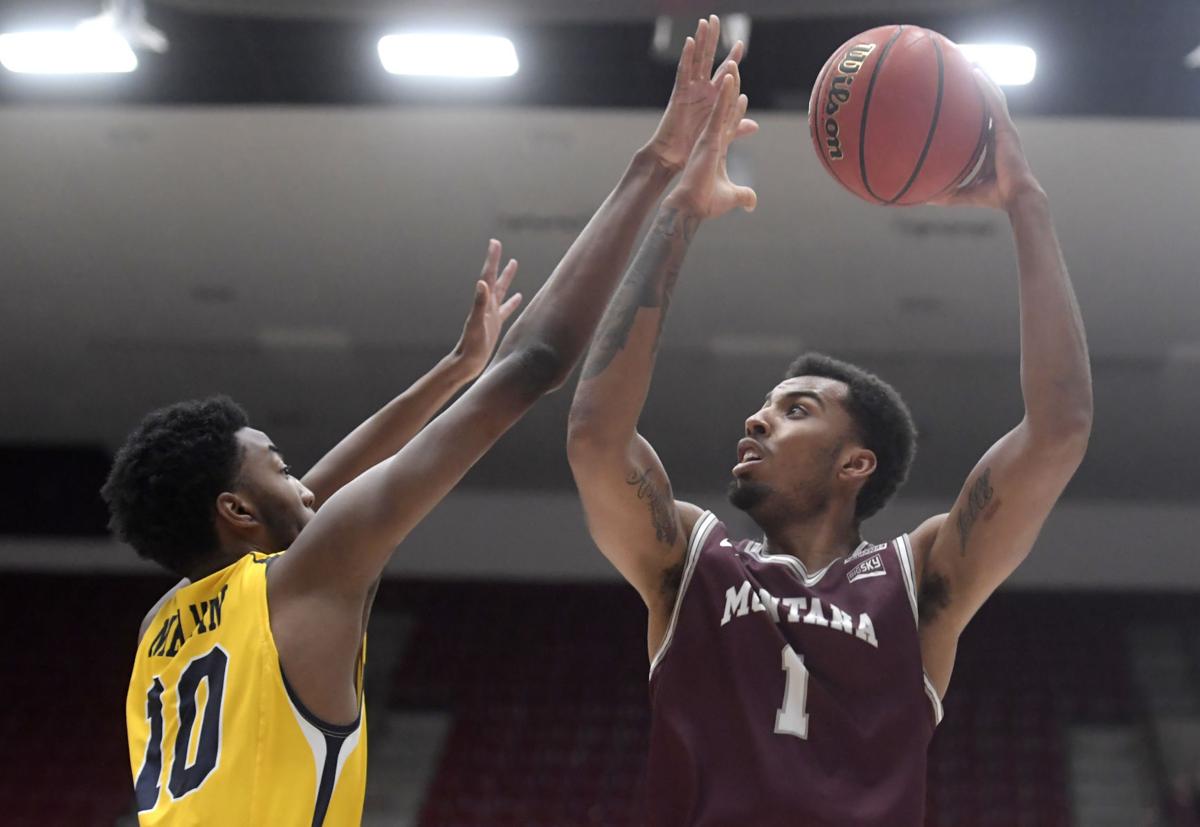 MISSOULA — The Montana men's basketball team has lost yet another player to a midseason transfer.

Steadman, a preseason All-Big Sky selection, is the third UM student-athlete who has played minutes this season to leave the Griz men's basketball team.

Cameron Satterwhite, a transfer from Northern Arizona, left after just two games. Hunter Clarke, a late arrival from Australia, left the team shortly before the calendar turned to 2021.

It wasn't immediately clear why Steadman entered the transfer portal, though he did confirm the news himself.

"I would like to thank the University of Montana for the year and a half I spent there but I will be entering the transfer portal as a grad transfer looking for new opportunity," Steadman said in a message from his Twitter account.

It was never completely clear why Satterwhite or Clarke left the team.

At one point this offseason, Montana had 17 players on its roster. Peter Jones left the team during the offseason, as did Timmy Falls. Naseem Gaskin was charged with a felony and dismissed from the team.

Steadman, however, with his preseason expectations, might have been the most surprising. He had already been with the program for well over a year and made a note of showing that he had lost 50 pounds through the University of Montana's Strength and Conditioning program heading into this season.

Steadman never did seem to find a rhythm this year. He played an average of 22.6 minutes per game across 19 games, 18 of which were starts. He averaged 9.9 points per game, the third most on the team, and hauled in 5.4 rebounds per game, which were the second most for UM.

Steadman also found himself in foul trouble often. He had 60 fouls called on him and fouled out of three games this season.

Originally from Union City, California, Steadman was a transfer to Montana from San Jose State. He will likely have one season of eligibility remaining after he graduated from UM in 2020 with a degree in business management. He had been working towards a second degree in communication studies.

Montana now has 11 players on its roster.

The Griz are 9-10 overall, 5-7 in the Big Sky Conference and are in eighth place in the league. They have six regular-season games remaining, playing Eastern Washington, Idaho State and Idaho twice each.

The Big Sky Conference tournament is slated to begin March 10 in Boise. Eastern Washington is atop the league with a 9-2 record in conference games. Southern Utah is second at 6-2, then Weber State and Idaho State are both 7-3. Montana State is fifth at 6-4.

Montana starting defensive lineman Alex Gubner will be able to play the full game this week after a targeting penalty called against him in Saturday's game was overturned Tuesday.

Montana kicker Kevin Macias has made four consecutive field goals, five of his past six and a career-long 48-yarder in the win over Idaho as he's finding his footing in his first season with the Griz.

On Saturday, Patrick O'Connell and Montana's defense looked much more like the dominant unit they had been the first few weeks of the season.

Montana returns home from its win over historical rival Idaho looking to keep its momentum going against Southern Utah, which is in its final season in the Big Sky.

Southern Utah beat writer Sean Ellertson shares his insight into the Thunderbirds, who visit the Montana Grizzlies this weekend.

Montana's Michael Steadman reaches for a rebound in a 91-82 loss to Weber State on Saturday at Dahlberg Arena in Missoula. Steadman opted to enter the transfer portal two days after that game.