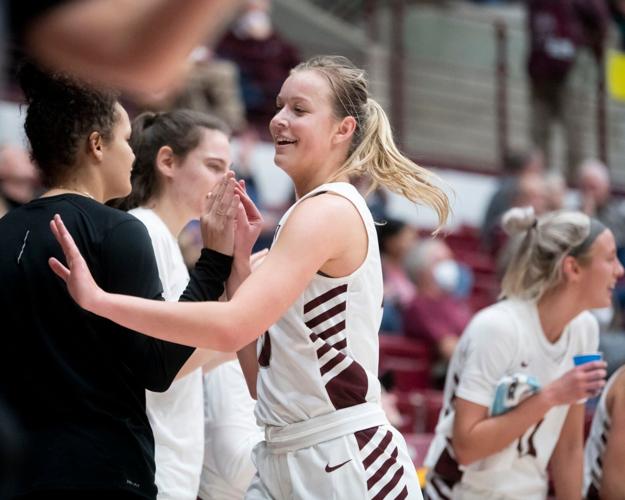 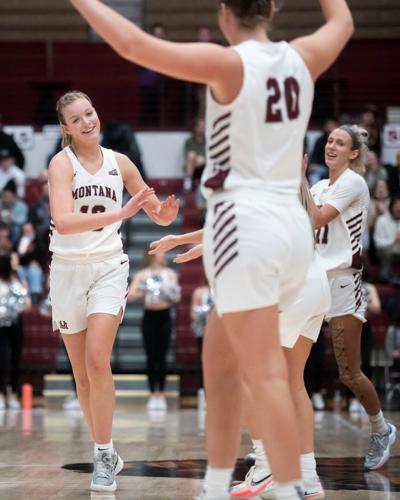 MISSOULA — Something about the home rims seems to bring out the best in the Montana women's basketball team.

Freshman Haley Huard hit her first five shots from 3-point range and the Lady Griz totaled 12 triples in a 93-56 blowout win over Portland State Thursday in front of 2,288 fans at Dahlberg Arena. The win sets up a showdown of Big Sky Conference powers on Saturday afternoon, with Montana (4-2 league, 11-4 overall) hosting Northern Arizona (4-2, 7-7) at 2 p.m.

Huard finished with a game-high and career-high 18 points Thursday on 6-for-9 shooting from downtown. Afterwards, she talked about how nice it was having her mom, Molly, in the crowd on her visit from Colorado.

"Oh my gosh, it makes everything better for sure," she said with a smile. "She's been to all of my games growing up and just having her here just helps with my confidence and everything.

"We shoot it here every day so I think it shows when we get to play at home and they all go in. Hopefully we can make some more on the road, too. It's fun."

The pace was frenetic in the first quarter. Montana succeeded in pushing the ball inside and Portland State (0-5, 5-8) resorted to fouling. The Lady Griz took a 21-16 lead into the second frame thanks to a 9-2 edge in points from  the free-throw line and 5-for-11 shooting.

"We want to play fast and we're trying to play fast," Montana coach Brian Holsinger said. "I had seen some stuff on film that I liked against them in transition, how they defended in transition. I thought we could take advantage of it.

"Our goal was to play fast for sure."

The Lady Griz and Vikings seemed content to trade baskets in the second quarter and it paid dividends for the hosts, who hit 4 of 9 shots from 3-point range in building a 43-30 lead. Huard was 3 for 3 from behind the arc in the first half and Carmen Gfeller hit two triples in tallying a team-high 12 points by intermission.

Huard hit her first two shots from long range in the third quarter as the hosts stretched their lead to 70-43. Montana hit 4 of 8 from behind the arc and 9 of 18 shots overall in the period.

"We really focused on our defense, to not let them score anymore," Huard said of the second half. "That helped us. Our intensity picked up."

Montana finished 12 for 29 from behind the arc and 32 for 65 overall. It was the team's most effective long-range shooting performance since Dec. 20 when it hit 14 of 22 attempts in a home blowout win over Utah State.

"I told them this morning, 'One of the things I'm really excited about is we've had really good practices and lots of practices, and gone really hard," Holsinger said of the two idle weeks leading up to Thursday's game. "I thought we had improved, but you never know until you get here in the game situation and go, 'Oh yeah, we got better at this and that.' It's good to see some improvement in some areas."

Notes: Montana held a 46-26 edge in rebounds. Abby Anderson has a double-double for the Lady Griz with 14 points and 10 rebounds. Sammy Fatkin had 16 points and seven rebounds and Carmen Gfeller 12 points and six rebounds ... Portland State shot 21 for 58 overall and 7 for 29 from three. Forward Alaya Fitzgerald led the Vikings with 12 points.

Photos from the college women's basketball game between the Lady Griz and Portland State at Dahlberg Arena, Thursday, Jan. 20, 2022.