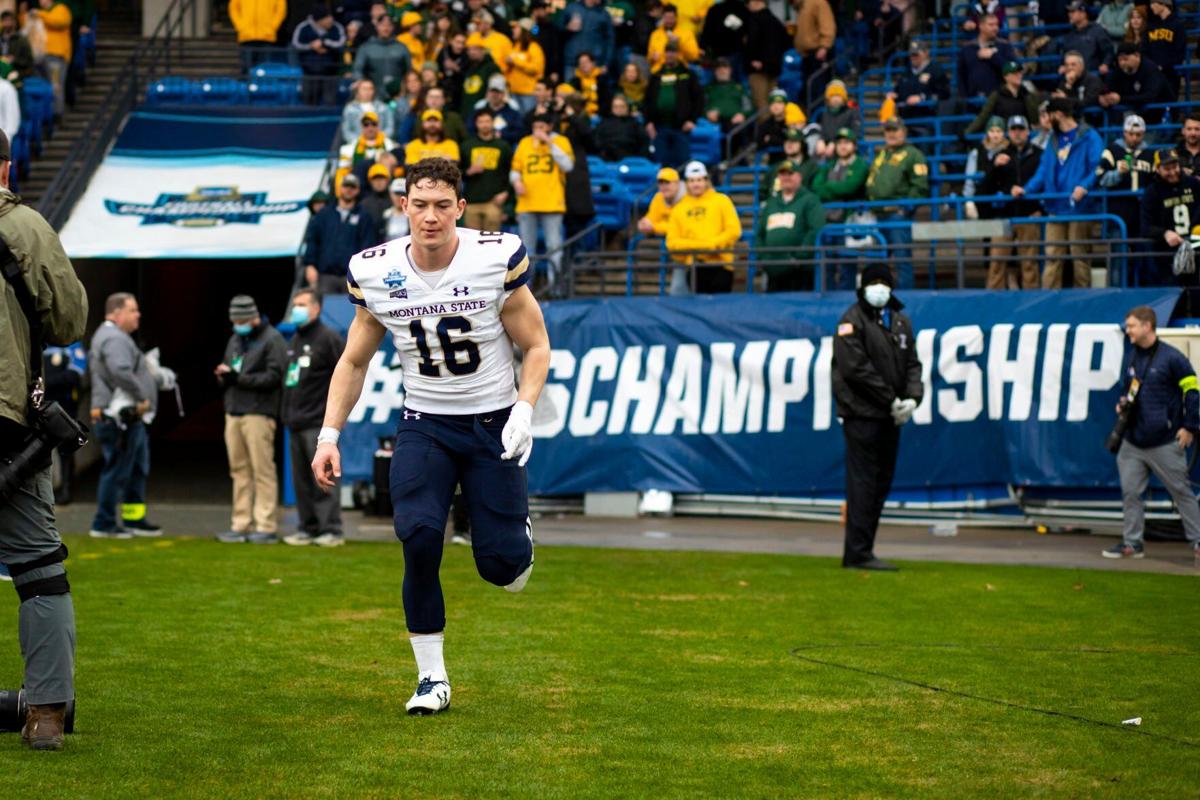 Montana State's Tommy Mellott tries to run on the sideline after injuring his ankle on the Bobcats' first possession against North Dakota State in the FCS title game on Saturday, Jan. 8 in Frisco, Texas. 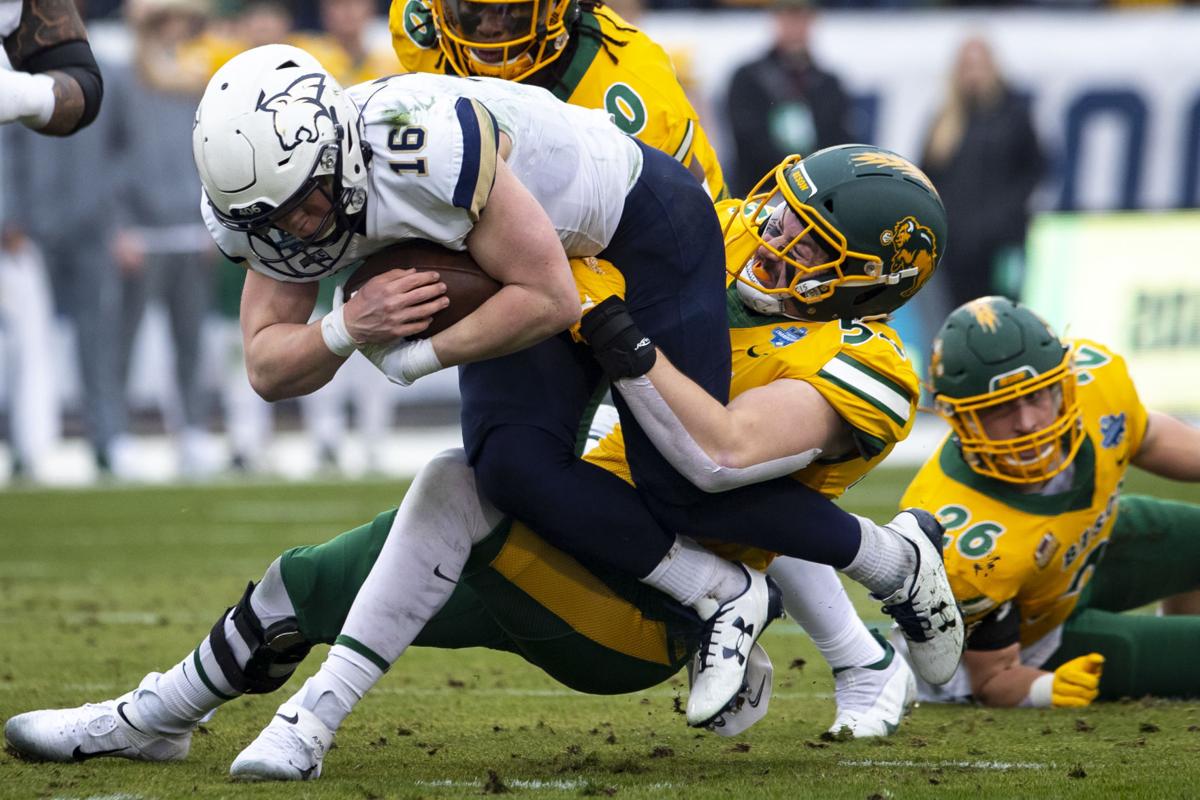 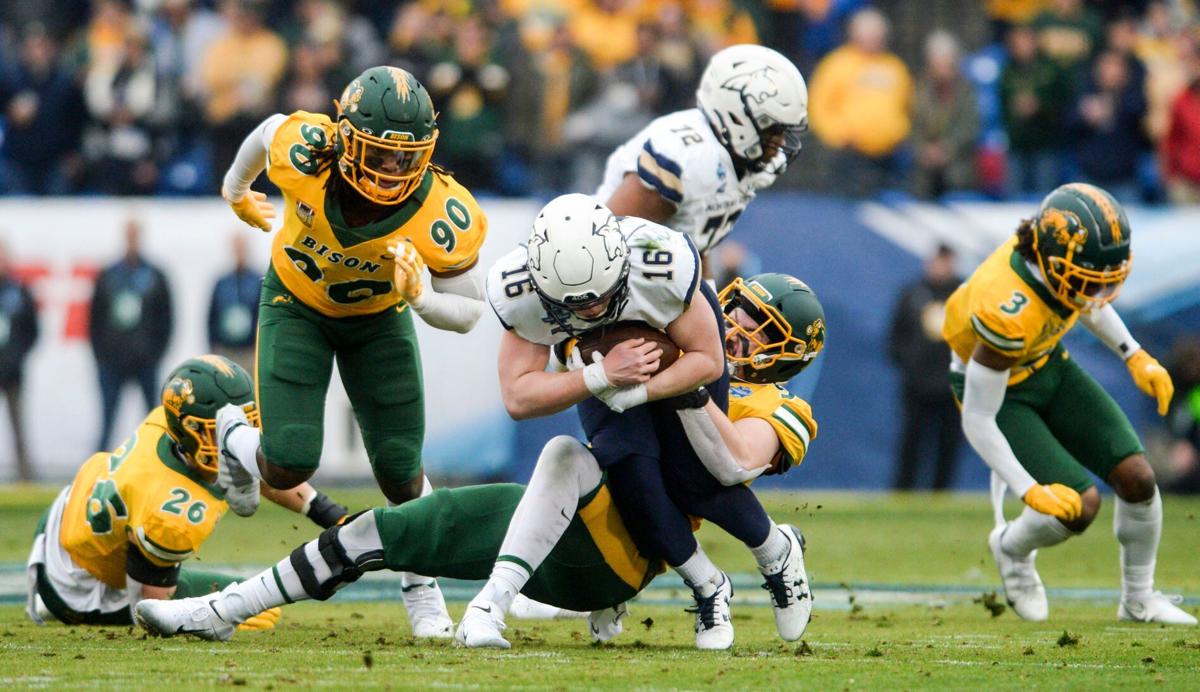 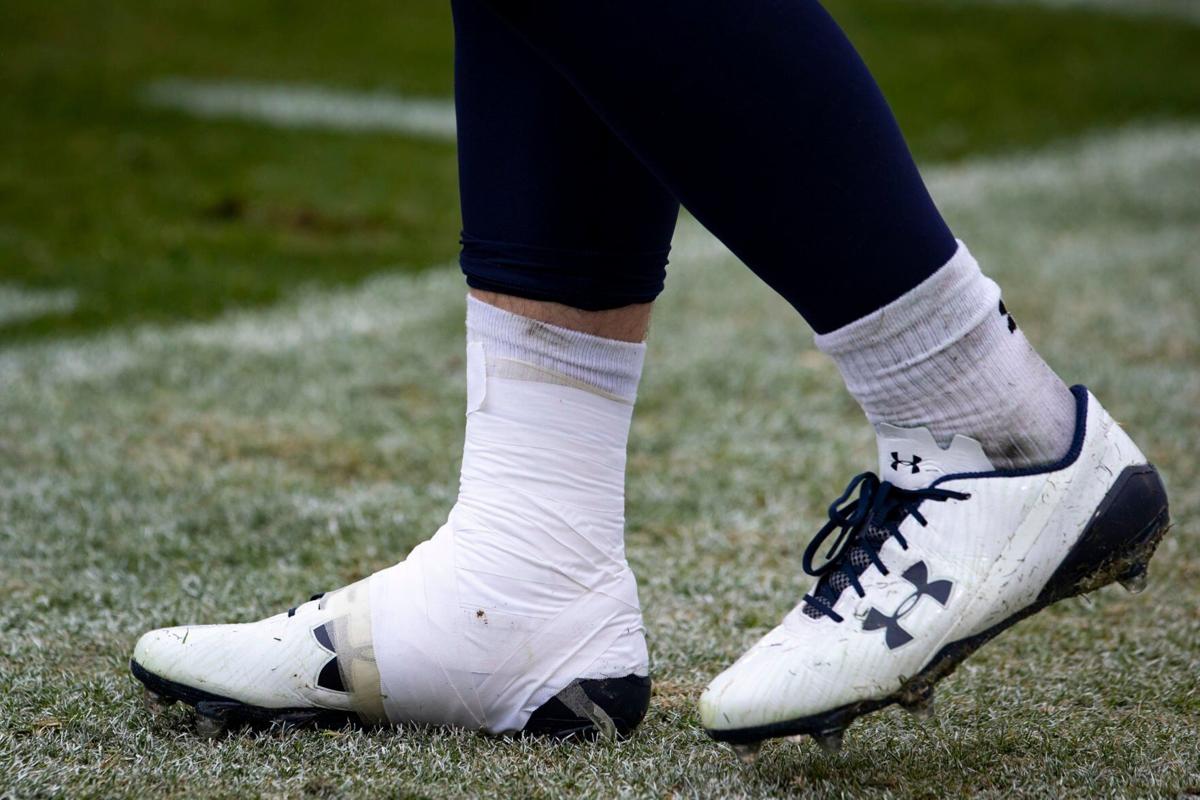 Montana State's Tommy Mellott has his right ankle wrapped as he walks gingerly on the sideline during the FCS championship game on Saturday, Jan. 8 in Frisco, Texas.

Mellott tore a ligament in the ankle, per sources. It happened on the first drive of the Football Championship Subdivision title game loss to North Dakota State last Saturday in Frisco, Texas.

The extent of the damage and length of Mellott's recovery are uncertain. Athletes usually take many weeks and often months to recover from ankle ligament reconstruction.

The injury appeared to occur on the fourth play from scrimmage, when Mellott rushed for two yards on third down and 1 and was tackled by NDSU's Jake Kava. The 6-foot-1, 241-pound defensive end landed on Mellott's right ankle and caused it to twist.

Mellott didn't look hurt on the play immediately following the two-yard run. But he came up limping on a five-yard completion to Lance McCutcheon and favored his right leg on the next play, a five-yard run from Isaiah Ifanse. Mellott threw deep to McCutcheon on the play after that and once again looked hurt. He held his right leg in the air after he released the third-down pass, which fell incomplete.

Mellott then limped to the sideline and went into the medical tent. Trainers looked at the freshman from Butte for several minutes and taped his right ankle before he left the tent and jogged on the sideline. His limp wasn't severe, but he still struggled to put weight on his right leg.

Tucker Rovig replaced Mellott for the second drive, and Mellott missed the rest of the game. North Dakota State won 38-10.

The injury ended a legend-making playoff run from Mellott. He replaced regular-season starter Matthew McKay (who's now in the transfer portal) before MSU's playoff opener against UT Martin. Mellott rushed for a program playoff QB record 180 yards in that game, a 26-7 win for the eighth-seeded Bobcats.

One week later, Mellott accounted for five touchdowns in a 42-19 victory at top-seeded and defending national champion Sam Houston.

Mellott rushed for two TDs, passed for the other two and nearly compiled 400 total yards in the MSU's 31-17 semifinal win over South Dakota State. That win sent the Cats to their first national title game since 1984.

Mellott is one of three QBs on the 2021 MSU roster currently set to return. Third-stringer Casey Bauman will be a redshirt junior next season, and Sean Austin redshirted this fall.

Rovig has one more year of eligibility but chose to make 2021 his final season. He is pursuing a master's degree and a coaching career.

After 16-day layoff, Montana State women return to action with win over Idaho

Potter is from Boise and spent time with the Broncos as a player and coach.

Beasley is a guard from Australia.

Beattie is the daughter of a former Montana standout.

The Ross family formed Bobcat ties in 2020, when Troy was stuck inside.

Montana State's Tommy Mellott tries to run on the sideline after injuring his ankle on the Bobcats' first possession against North Dakota State in the FCS title game on Saturday, Jan. 8 in Frisco, Texas. 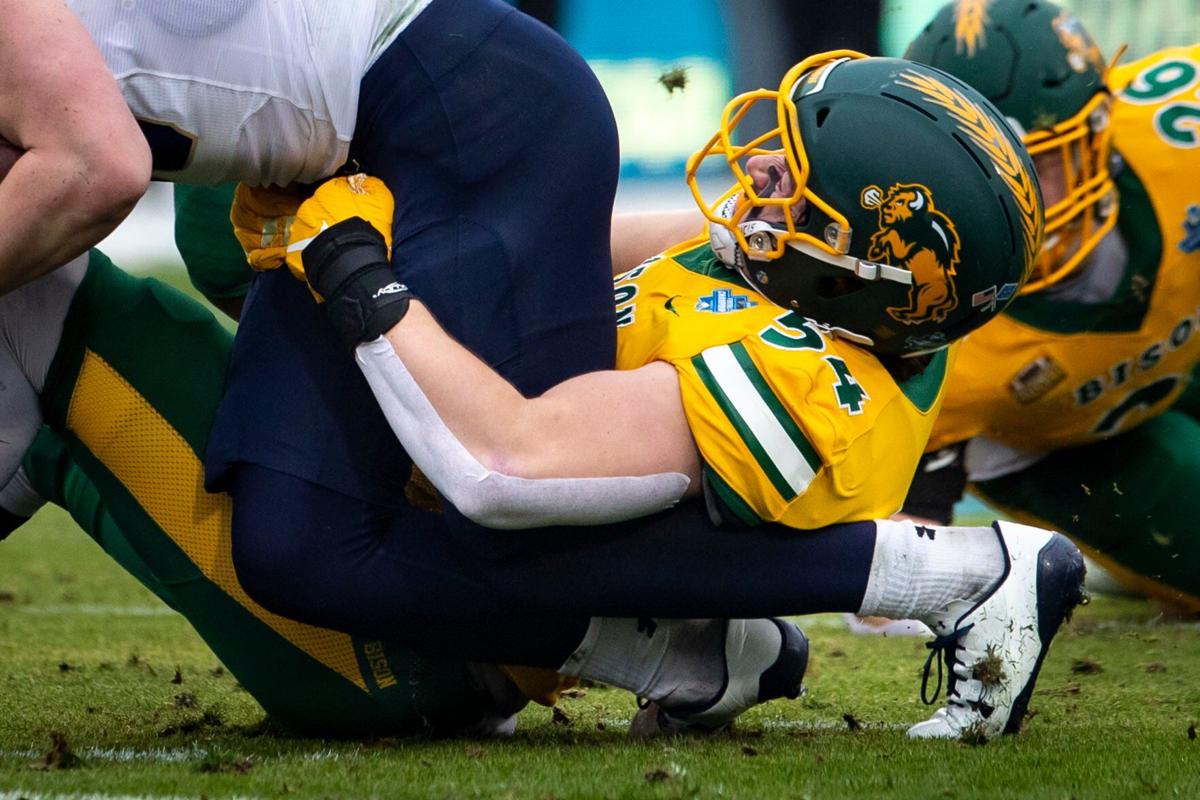 The right ankle of Montana State's Tommy Mellott appears to twist as North Dakota State's Jake Kava comes down on top of it during the FCS championship game on Saturday, Jan. 8 in Frisco, Texas. 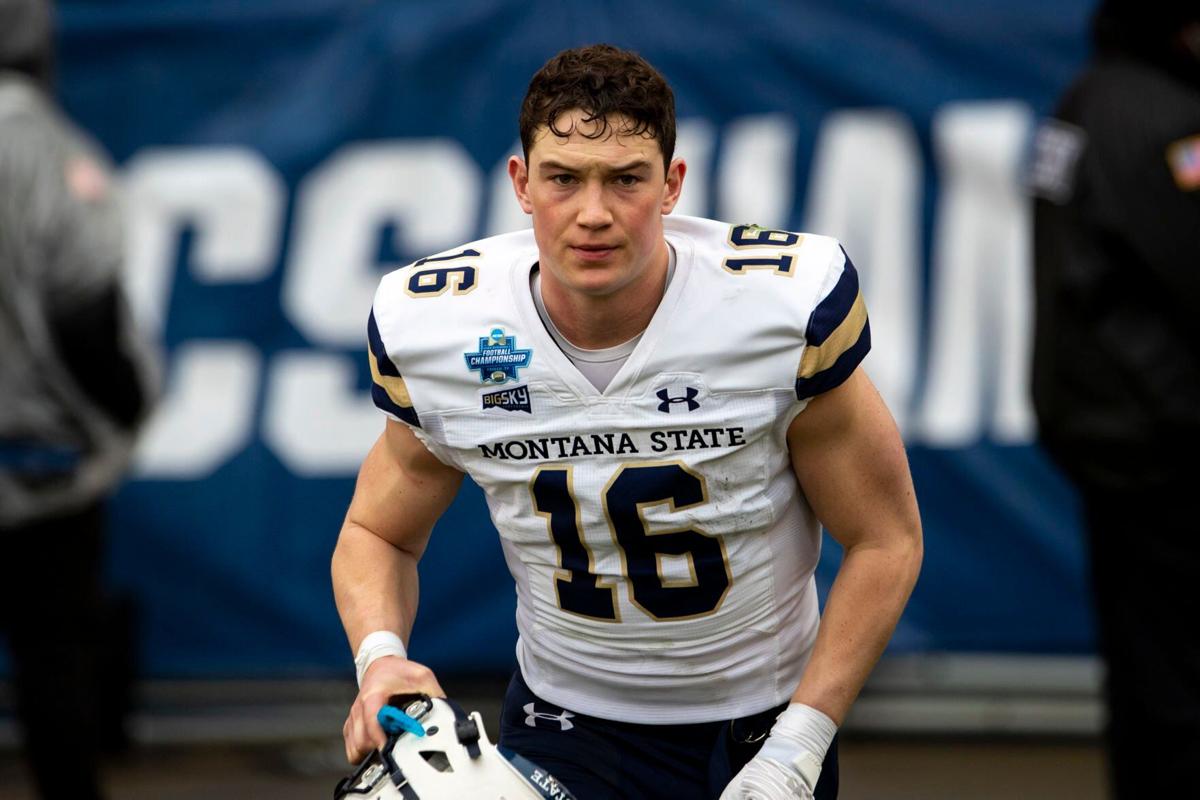 Montana State's Tommy Mellott runs on the sideline during the FCS championship game at Toyota Stadium in Frisco, Texas, on Saturday, Jan. 8.

Montana State's Tommy Mellott has his right ankle wrapped as he walks gingerly on the sideline during the FCS championship game on Saturday, Jan. 8 in Frisco, Texas. 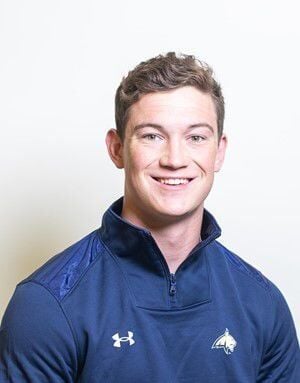