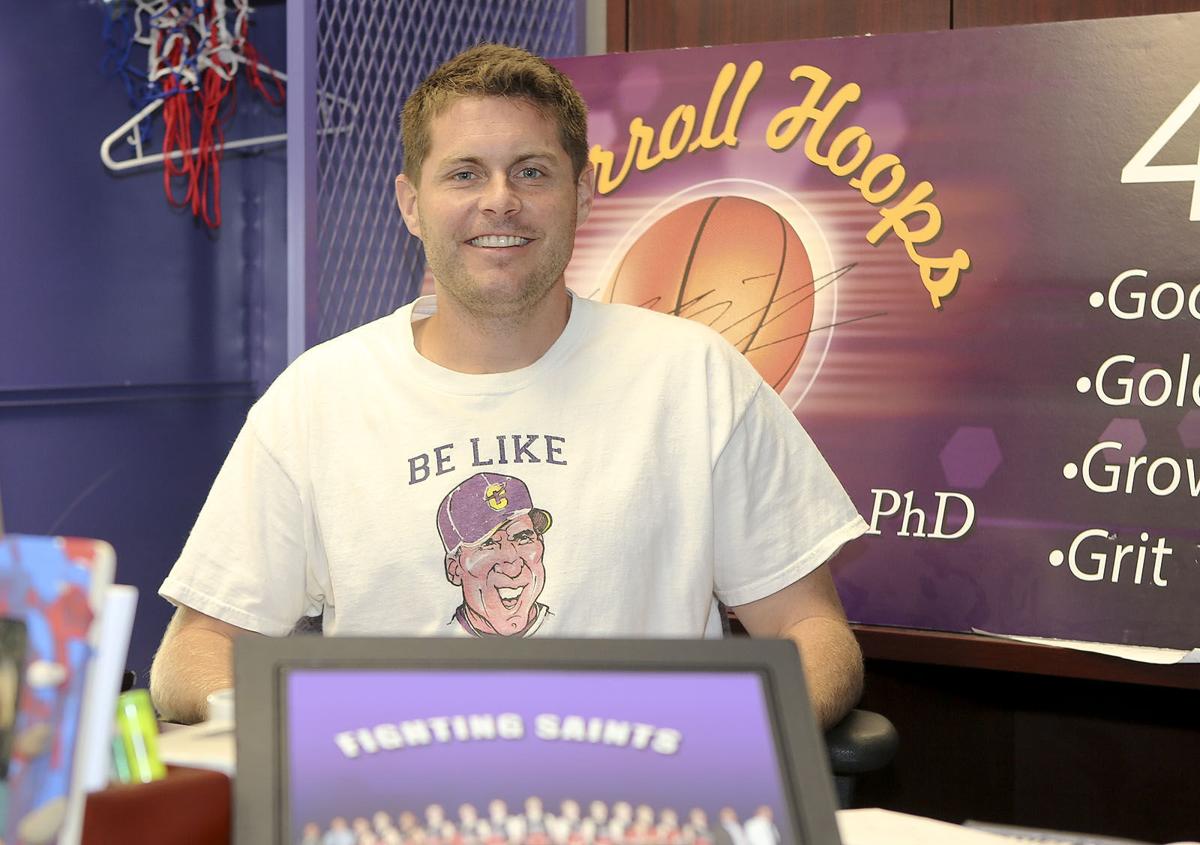 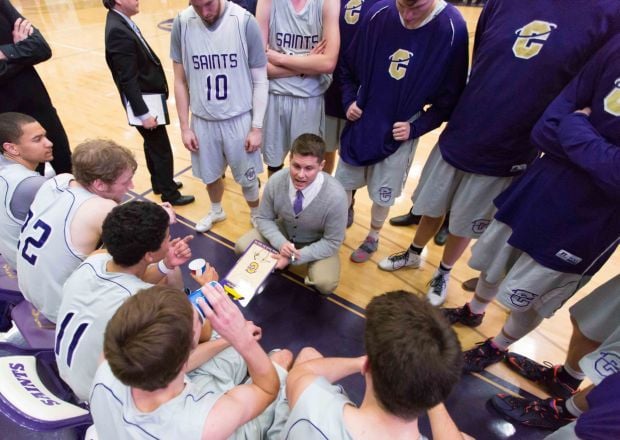 In the final minutes of the second half, Carroll coach Carson Cunningham talks strategy and gives direction to the team. 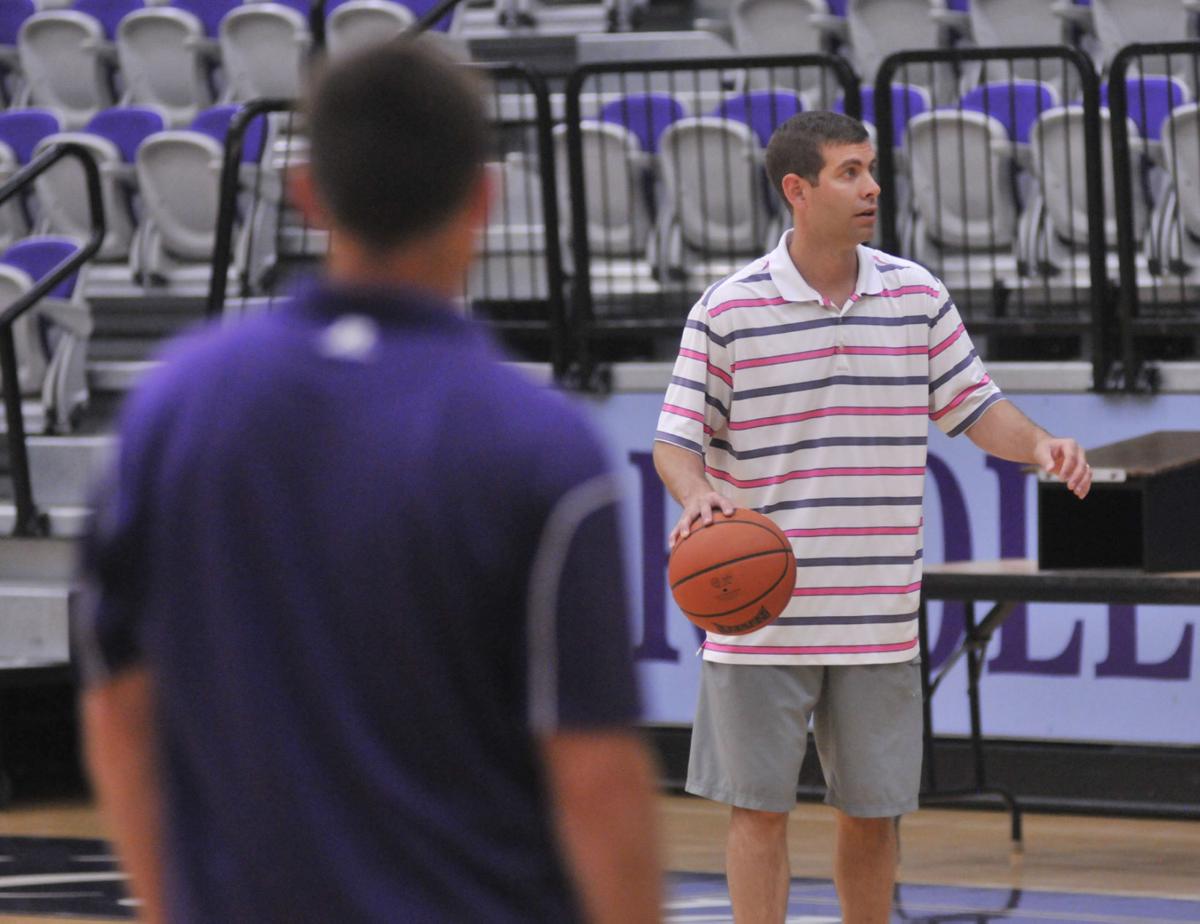 To any Big Ten Conference aficionado who can evoke a memory of that surehandedpoint guard from Purdue University in the late 90s, Carson Cunningham was more than a serviceable commodity.

At 6-foot-1 and 180 pounds, the kid from Northwest Indiana wasn’t an imposing figure. He was, however, the most cerebral and exhibited a style that bounded the lines of both flash and convention when he helped the Boilermakers reach the Sweet 16 in 1999 and the Elite 8 in 2000.

Longtime friend Brad Stevens, the head coach of the Boston Celtics, can attest to the flashy aspect of Cunningham’s game, which was good enough for a stint overseas and in the now-defunct CBA.

“He could really play. When he was at Purdue, he had the big hair and the eccentric game,” Stevens said of his former AAU teammmate. “He’d throw the no-look pass. Just a real trickster with the ball.”

Fifteen years later, heading into his third year as the head men’s basketball coach at Carroll College, the 37-year-old Cunningham still boasts eccentricities compared to most in his line of work.

It’s easy to notice on the surface, too.

From the five-syllable words he’ll drop in casual dialogue to his Twitter account that retweets everything from military robotics, astronomy to time travel, it’s enough to know there are many layers to Cunningham that have nothing to do with composite leather.

A cursory glance at Cunningham’s decorated resume will also affirm that notion. The man is an academic. An author, too.

Cunningham’s academic laurels go as far as a Ph.D in history -- he also teaches history at Carroll -- from Purdue and a MBA from DePaul University in Chicago, where he also taught.

He’s written four books, one fiction and three-non fiction, ranging from the a 21st Century Huckleberry Finn story where the classic character experiences the modern world to the truth and wackiness about the Continental Basketball Association.

Oh, and he’s turning around a Carroll basketball program -- one that had just two wins the year before he took the helm -- that went 18-12 a year ago with a roster loaded with underclassmen.

Cunningham always had a thirst for knowledge, but admitted he didn’t have the ability to be self-taught.

“I needed some structure and guidance to learn. I’m grateful because I learned a ton,” Cunningham said of earning his various degrees. “Some people can do it on their own at libraries. I needed teachers.”

When anyone points out Carson’s accomplishments, he’s quick to point in the direction of Christy, who worked at sports marketing firm in Chicago before the family moved to Montana.

“I’m not even the most accomplished person in my household,” Cunningham said. “I married an absolute dynamo. The things she can do on a daily basis amaze me.”

Ryan Collingwood is on Twitter @RwCollingwood and can be reached at ryan.collingwood@helenair.com

In the final minutes of the second half, Carroll coach Carson Cunningham talks strategy and gives direction to the team.