Hiking to 21 lakes in the Beartooth Mountains was a fun way for Dan Pendergraph to spend last summer, but the trips had a disheartening downside.

Pendergraph was looking for indications that human feces had contaminated the water in popular areas. Those included the Froze to Death Plateau near Granite Peak, the state’s highest mountain at 12,807 feet. He also visited lakes along the Beaten Path, a trail up the East Rosebud Creek drainage, and the Lake Fork Rock Creek drainage.

The hikes were part of his University of Montana graduate thesis, which proved to be revealing. Out of the 21 lakes and two snowmelt sites, both on Froze to Death Plateau, water samples from 11 tested positive for E. coli contamination. The bacteria is commonly found in the gut of humans and animals where it helps with digestion.

Once outside the gut, though, the bacteria can be nasty. According to the Forest Service the “bacteria and viruses found in human feces are known to cause hepatitis, salmonella, giardia, and other gastro-intestinal diseases.”

After the 11 E. coli positive hits, Pendergraph and his assistant hiked back to most of those waters and four new waters that might be contaminated to take samples to determine what might be the cause: human or animal. Out of the tests seven of 15 were positive for human contamination.

Triplicate refers to three distinct samples used to compare variability in each water.

Waters that tested positive for E. coli registered from 1 to more than 200 colony forming units, or cfu, per 100 milliliters of water. Once in the water E. coli can persist for months, Pendergraph said.

“Over 200 is alarming, but any detectable levels could be considered hazardous.”

Water samples from Lost Lake, along the Lake Fork Rock Creek trail, ranged from 15 to 200 cfu of E. coli/100mL of water, so even in the same lake different samples showed distinct contamination levels.

“It’s almost like a full-time job. That’s a sad commentary," he said.

Backcountry regulations and the Leave No Trace ethic recommend waste be disposed in 6- to 8-inch deep “cat holes” at least 200 feet away from water sources in inconspicuous places where others aren’t likely to congregate or camp. Unfortunately, not everyone is aware or follows the rules.

Since 2014 Austin Hart, of Beartooth Mountain Guides, has required his clients to use a WAG Bag for their waste during guided trips to Granite Peak. After defecating in the plastic bags they are double sealed and carried out for disposal. That helps reduce contamination in the rocky Froze to Death Plateau where climbers often camp.

“The amount of human waste up there is definitely noticeable,” he said.

Sometimes toilet paper protrudes from under rocks. In other spots campers didn’t even try to bury their waste, he said.

There are now at least two commercial products directed specifically at packing out poop. WAG (waste alleviation gelling) Bags are manufactured in Belgrade by Cleanwaste, formerly Phillips Environmental Products. Restop bags are similar, using heavy outer bags that are touted to trap more of the smell. The bags — which are good for more than one use — cost less than $3.

Hart uses WAG Bags on his trips and has found “They don’t stink too bad.” He said suffering through the stench is part of being a good steward of wild places. His company warns clients about what to expect, but some of them are still taken aback by the odd potty routine.

Human waste has long been a problem in other popular backcountry areas.

Washington's Mount Rainier started requiring hikers, campers and climbers to pack out their poop in the 1980s by mandating the use of “blue bags.” Other high mountain routes, like California’s Mount Shasta and Alaska’s Denali eventually followed suit because finding a place to dig a cat hole in such terrain was next to impossible. In 2006 Mount Whitney in California’s Inyo National Forest began requiring visitors to pack out their waste, an amount estimated at 7,000 to 8,000 pounds of crap a year.

On average a human produces one to two pounds of waste a day.

Pendergraph’s study emphasizes the importance of filtering water while backpacking or hiking.

“We’re pulling water from little tarn lakes where there’s a high chance for contamination,” Hart said of the Froze to Death Plateau.

Using a water filter or purifier removes dangerous bacteria like E. coli, giardia and cryptosporidium, which can make people seriously ill. Prior to the popularity of filters, hikers were advised to boil water for up to three minutes to kill dangerous bacteria, but that requires a lot of stove fuel or a campfire.

Even waste buried correctly may contaminate water supplies because mountain soils are often porous and snowmelt runoff can be heavy.

Years ago a Montana State University study in the Bridger Mountains showed that test samples buried at different elevations still contained significant amounts of bacteria even after a year in the harsh climate.

“That’s plenty of time for groundwater or surface water to move it through the catchment,” Pendergraph said.

Because the water test samples had to be back to the laboratory in Bozeman within 24 to 48 hours, all while being kept on ice, Pendergraph and his intern didn’t have any time to hang out after collecting the lake and stream water.

The duo would camp at the trailhead and then “run up” to get samples, preferably from more than one source.

But it was all worth it to get to spend part of his summer exploring a popular portion of the Beartooth Mountains.

“I was happy to detect poop so I could go back in.”

What to do with poo?

What’s the best way to address the problem of hikers and backpackers who don’t properly take care of their poop?

One solution could be to limit use by going to a permit system. Fewer people equals less poo.

A requirement to pack out all poop has helped in several high-use mountainous areas, as well as along popular rivers like the Colorado where it runs through the Grand Canyon.

Stepped-up patrols have helped at Mystic Lake, a popular site along the Beartooth Front, according to Jeff Gildehaus, outdoors recreational planner. But campers regularly disregard signage when no one is around to enforce the rules.

To learn more about proper etiquette, purchase a copy of “How to Shit in the Woods, An Environmentally Sound Approach to a Lost Art,” by Kathleen Meyer, $11.99, Ten Speed Press.

A new anthology featuring more than 40 conservationists tells the history of the state’s wild places in an attempt to spark future advocacy. 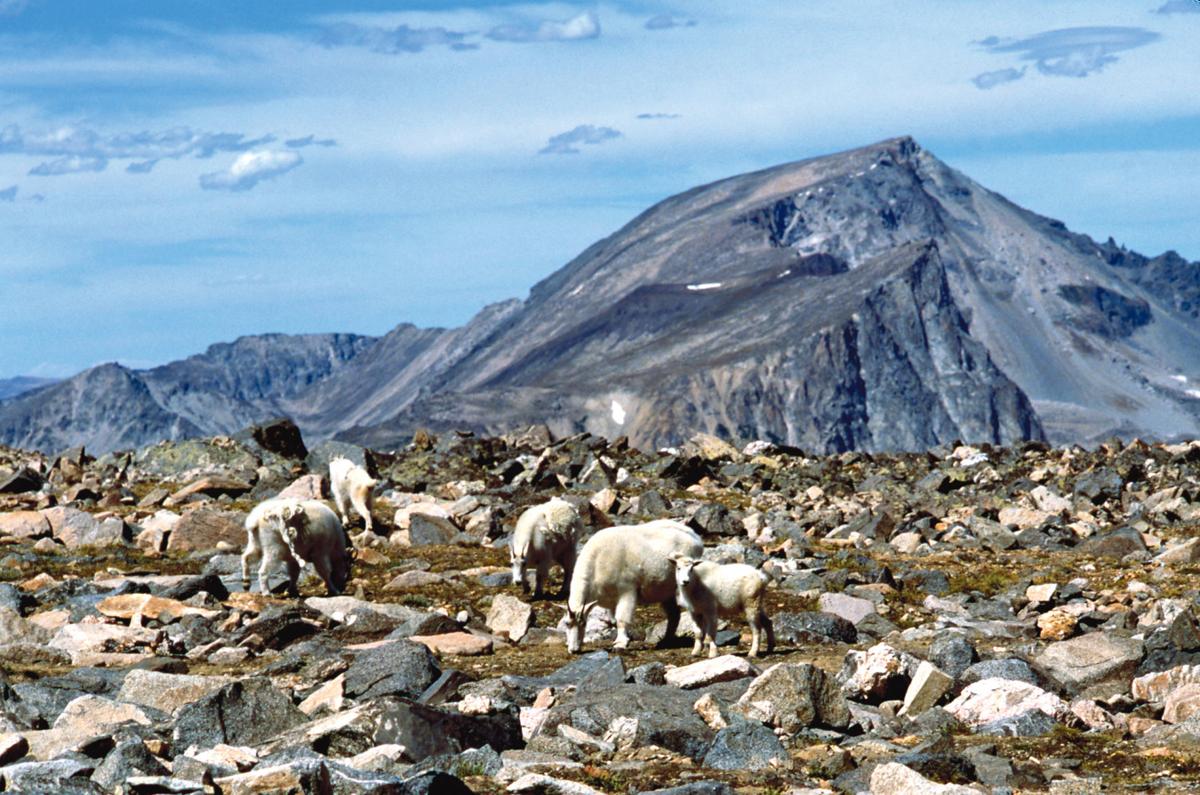 The Froze-To-Death Plateau is a popular campsite for climbers looking to scale Montana's highest mountain, 12,807-foot Granite Peak. The rocky plateau has become littered with human feces as visitation has increased. 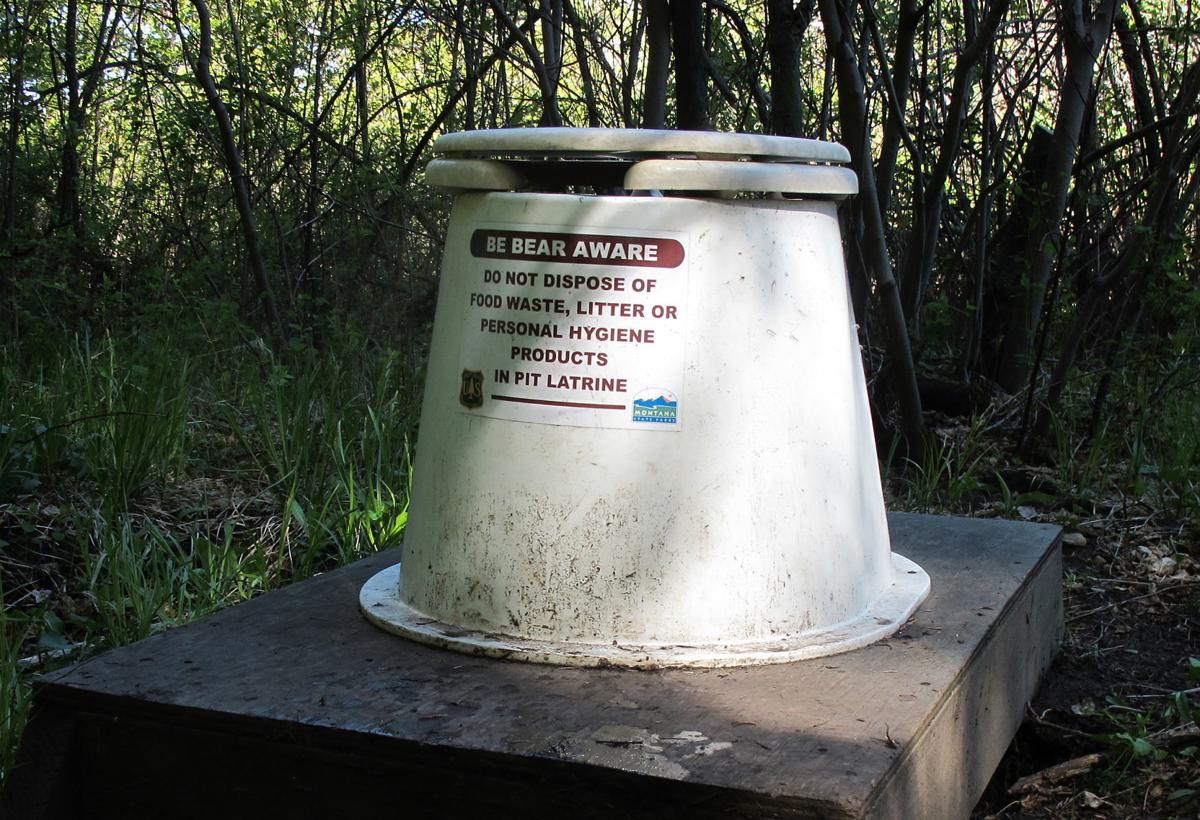 Pit toilets are located at campsites along the Smith River and in Glacier National Park for backcountry campers. 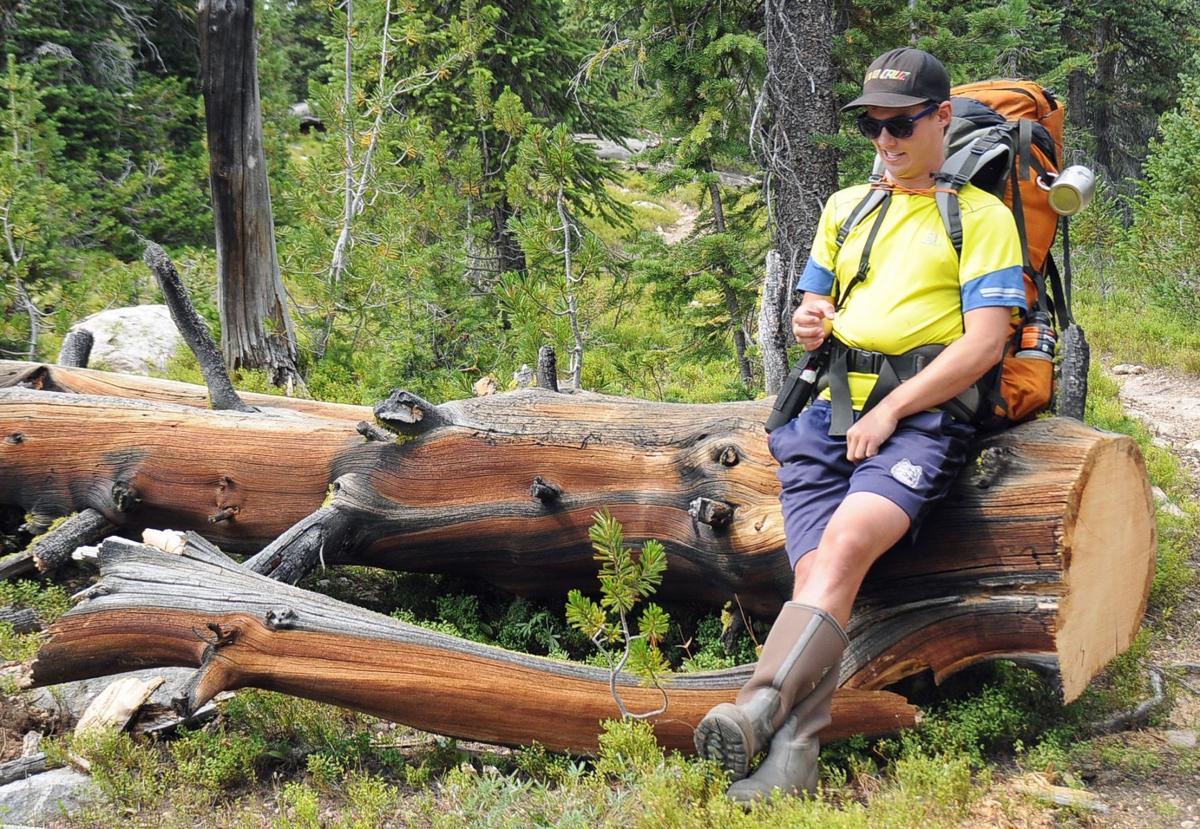 Dan Pendergraph spent a large chunk of his summer in 2018 hiking into Beartooth Mountain lakes to take water samples as part of a study of e-coli contamination. 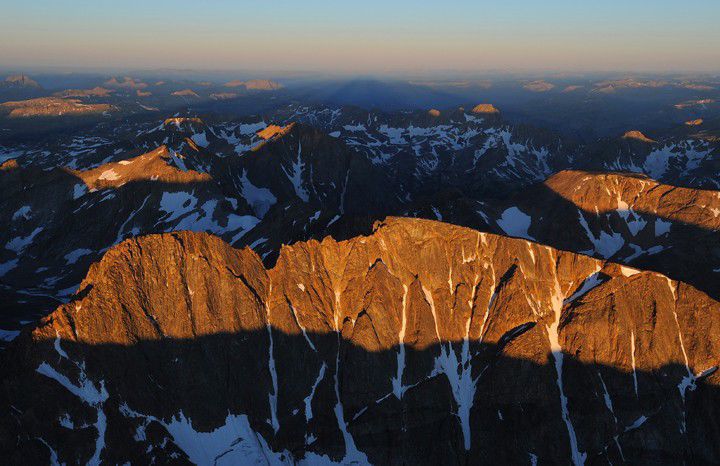 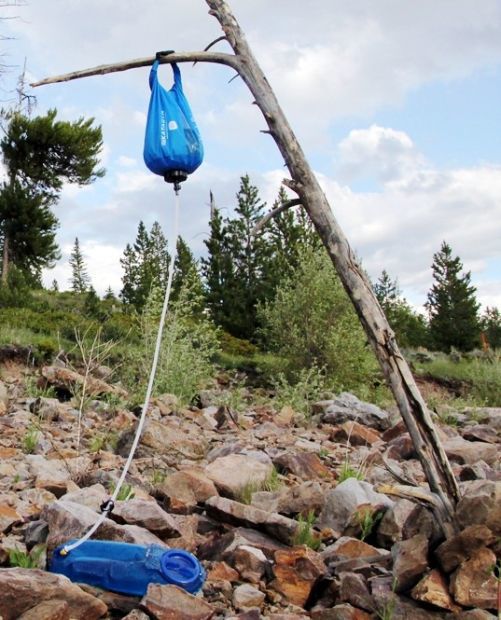 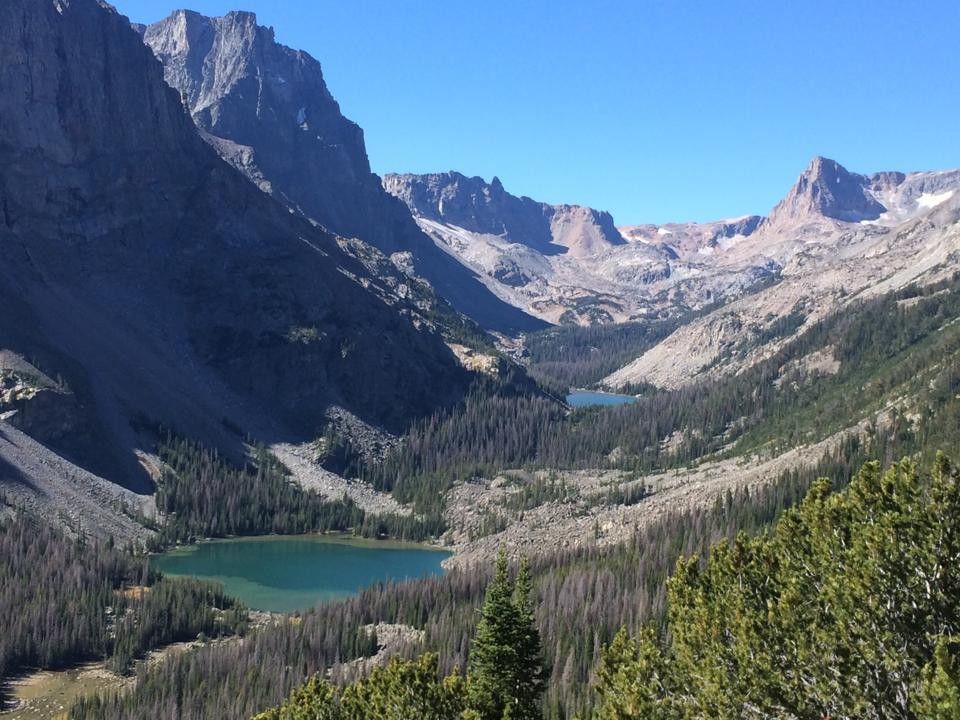 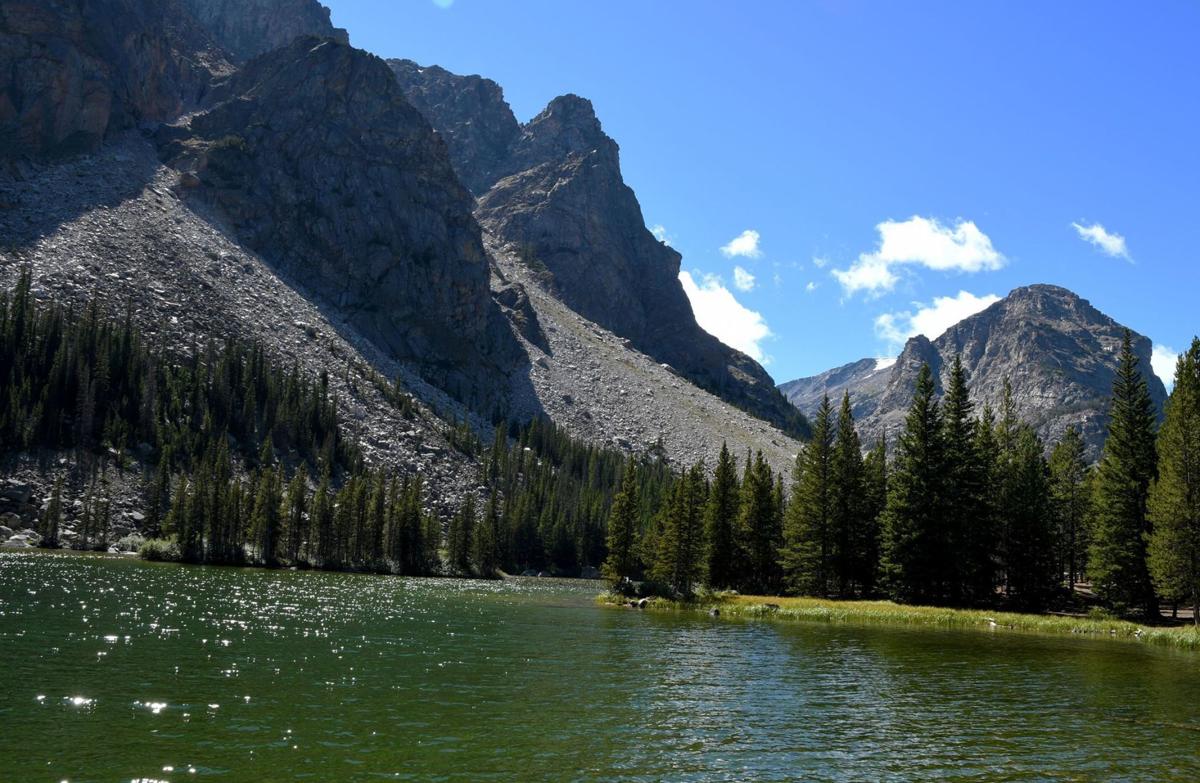 Lost Lake along the Lake Fork Rock Creek trail was one that tested positive for e-coli contamination. 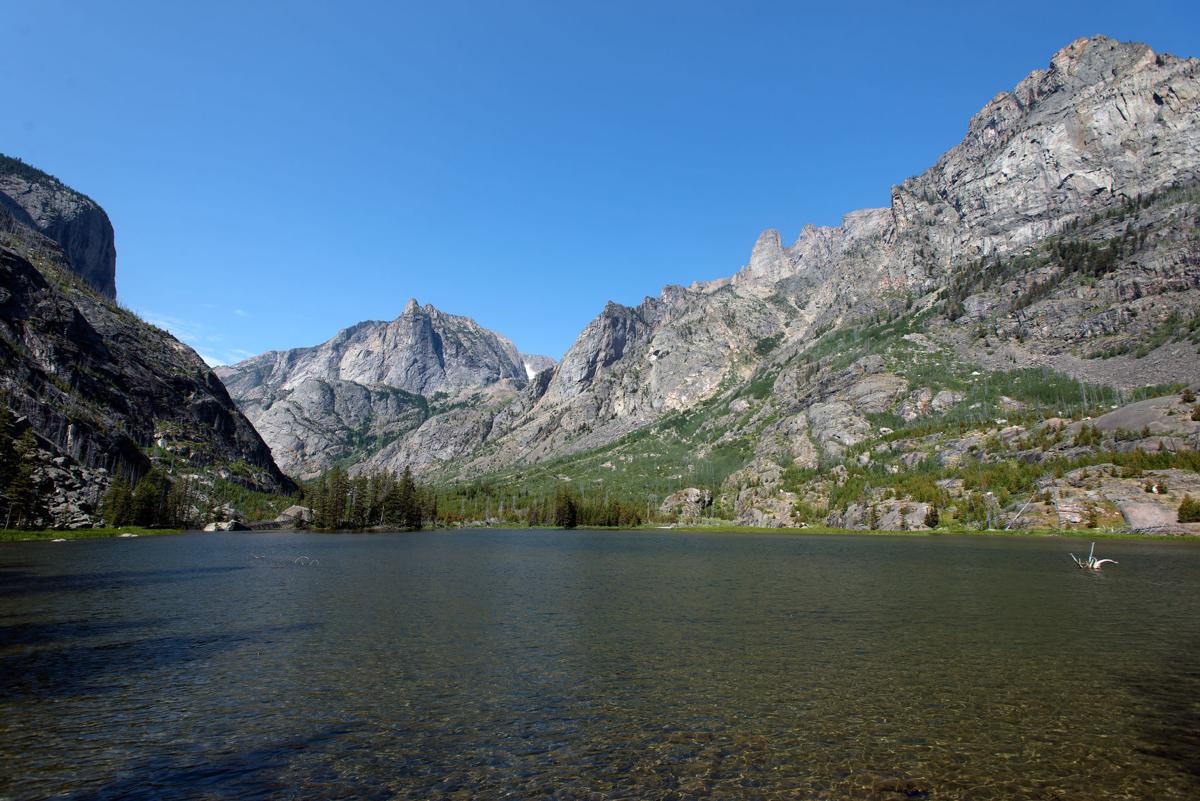 Elk Lake in the Beartooth Mountains is pictured in August 2018.