A second lawsuit challenging a major forest project near Helena was filed Wednesday.

Alliance for the Wild Rockies and Native Ecosystems Council filed the lawsuit in U.S. District Court in Missoula asking the judge to halt the Ten Mile-South Helena Project southwest of Helena. The groups contend that the U.S. Forest Service erred in several aspects of its environmental analysis in regards to logging and prescribed burning, building roads and trails, and the project’s impact when taken in conjunction with other projects in the area.

The Forest Service approved the project last year and planned to implement it over the next 15 years. It calls for thinning, logging and burning on more than 17,500 acres within a 60,000-acre project area that includes a major source of water for the city. Goals of the project include mitigating wildfire, improving firefighter safety and protecting city water infrastructure.

The city of Helena convened a collaborative to offer comment on the project.

In March, Helena Hunters and Anglers and the Montana Wildlife Federation filed a federal lawsuit over impacts on big game habitat through approved logging and prescribed burning in two inventoried roadless areas. The groups contend that the Forest Service improperly implemented elk “security areas,” which are areas free from roads, as part of the management plan, but eliminated a requirement that those areas have hiding cover.

The sportsmen groups did not challenge activities outside of the roadless areas.

The alliance and council lodge similar legal points on roadless areas to the first lawsuit. Specifically they argue that the project does not meet standards for big game hiding cover and that roads not open to the public but open for logging or administrative use were improperly exempted from analysis.

The alliance and council further challenge the entirety of the project in their lawsuit. Increased road density during and after the project is likely to impact grizzly bears, which have been documented in the area, they argue. They also challenge the project based on its proximity adjacent to the Telegraph Vegetation Project south of Elliston, arguing that the two projects should have been analyzed as one to determine “cumulative impacts.”

“The decision calls for 11,650 acres of logging including clearcutting 2,239 acres, prescribed burning of 7,189 acres, bulldozing 11 miles of new logging roads and rebuilding another 21 miles of already revegetated old roads. In return, Helena's municipal watershed will suffer a 15-year-long project that will destroy habitat for elk, lynx and grizzly bears while bulldozing in new brand logging roads and massive clearcuts,” Mike Garrity, executive director of the alliance, said in a statement.

The alliance and council ask the court to halt the project and remand it to the Forest Service for further analysis. The groups also ask the court to award attorney fees, costs and expert witness fees.

A request for comment from the Forest Service was not returned in time for this story.

In response to the first lawsuit, Helena-Lewis and Clark National Forest Supervisor Bill Avey said he was disappointed in the litigation but that officials were determined to move ahead with the project.

“It’s about public health and safety, water for Helena, and trying to minimize intense fire behavior adjacent to and within the city,” he said in March.

Earlier this week, the alliance and council also filed a lawsuit challenging a Forest Service project near Lincoln.

Authorities have identified the scuba diver who died in Canyon Ferry Reservoir Monday as Jesse Travers Hubble of Somerville, Massachusetts.

Saying that the public was unduly excluded from weighing in, two environmental watchdog groups filed a lawsuit Monday over a U.S. Forest Servi…

Reconstruction of the Sperry Chalet in Glacier National Park will enter its second summer with a completion date set for Oct. 1.

The city of Helena has used insects to combat the spread of weeds for more than a decade, and for the first time Helena recently offered up so…

After disagreement over Helena race, hiking and biking groups commit to dialogue

Hiking and mountain biking groups say they are committed to a dialogue, after hikers raised safety concerns about a recent mountain bike race …

A field of 117 other teams tried to reel in two Helena anglers over the weekend, but Cory Novak and Kyle Beto could not be beat in the annual … 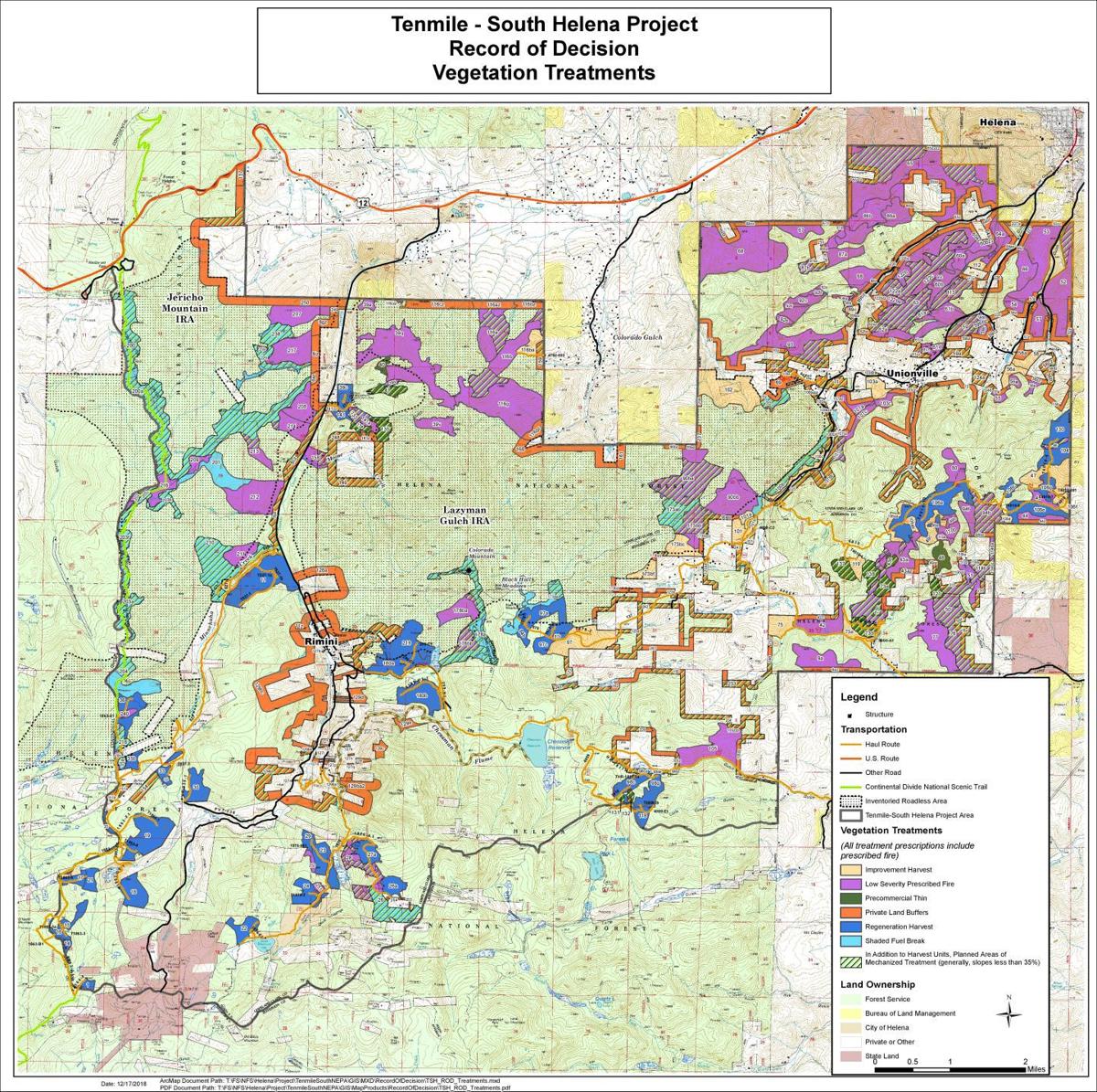 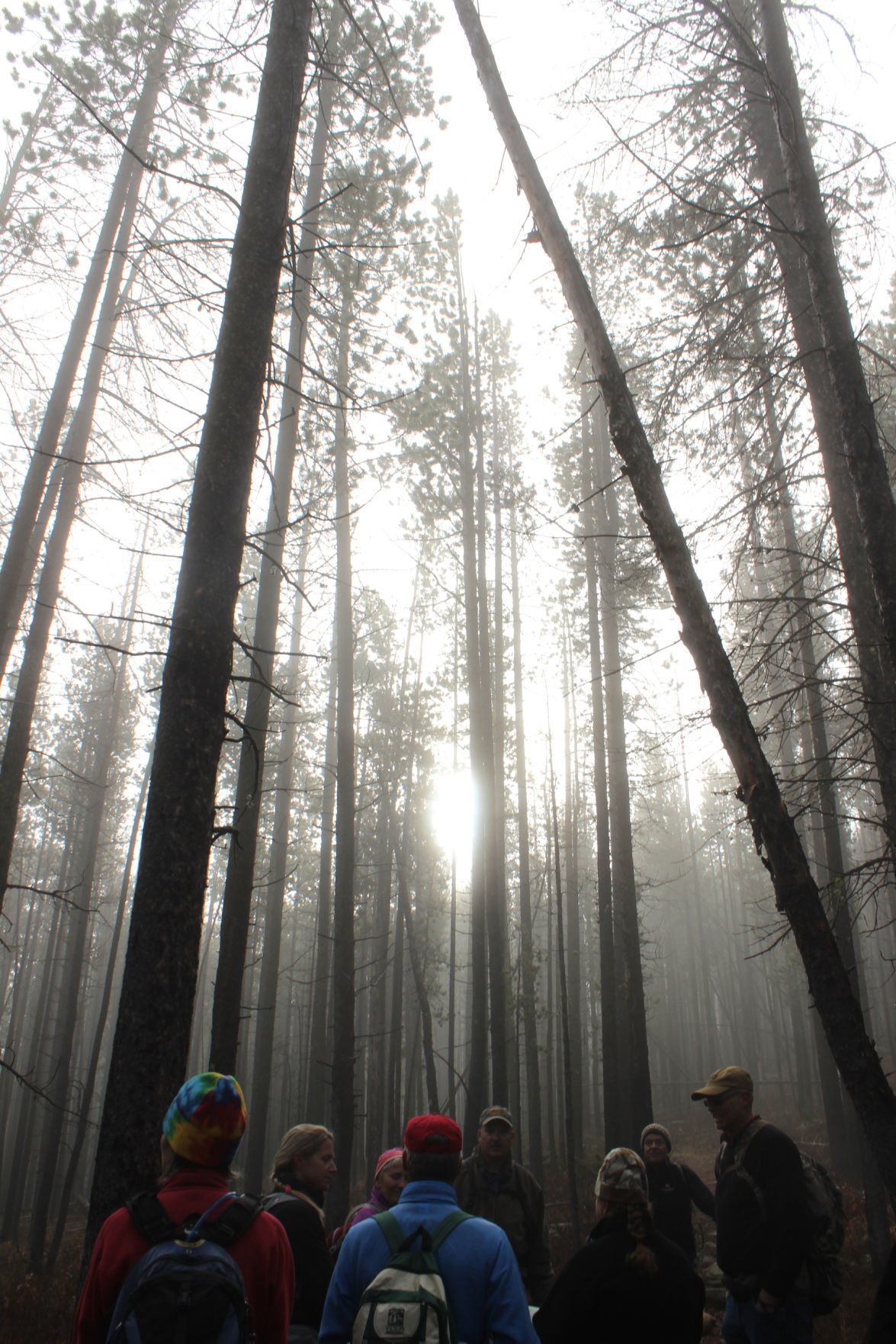 On a foggy October day in the Jericho Mountain Inventoried Roadless Area, Forest Service personnel and members of the Ten Mile-South Helena Collaborative stop to discuss proposals to remove beetle-killed trees falling across the trail in this 2015 IR file photo.