Montana Fish, Wildlife & Parks’ head of research Justin Gude scrolled the mouse across the computer screen, checking a couple of boxes as the map zeroed in on several GPS data points north of Livingston.

The series of yellow dots showed the location of a collared cow elk in the Bangtail Mountains — one of 10 elk tracked as part of a study there, he told lawmakers at a recent meeting of the Environmental Quality Council. The collars in question record location once an hour and upload it to a satellite and central database every 11 hours.

But Gude and other state officials did not come to the EQC to talk about research. They came at the request of the council which is studying how the data collected from more than 1,100 collared animals in the state may be misused.

While GPS collars are invaluable to researchers and wildlife managers, the data they produce are the subject of debate about who should have access to the information and why. Some hunters have requested and received the exact latitude and longitude of collared animals, and that has conservation groups and lawmakers concerned about violating the edict of fair chase hunting or the potential to monetize the data.

“I think we need to put some protections around this (data),” Sen. Jill Cohenour, D-East Helena, told the council. “We’ve heard about the ways and kinds of information people are requesting and you can see how they could be used in not a way that comports with Montana’s wildlife heritage.”

In the past two years Montana has received 45 requests for wildlife location data, and of those requests 24 self-reported their intention to use the data to hunt, said Becky Dockter, FWP’s chief legal counsel. The agency has little choice but to release the information.

“There are precious few exceptions to allowance of keeping that information in house and not providing it to the requestor,” she said, adding that the exceptions to open records law include sensitive information such as confidential criminal justice information or personnel files.

In 2019, Cohenour brought legislation that would have eliminated the release of state wildlife location data entirely. That drew pushback from natural resource developers who request the data for environmental reviews as well as open government advocates. A compromise bill that outlaws the use of the information for hunting did pass, and EQC is tasked with continuing to look at the issue and potential changes to further curb misuse.

John MacDonald, lobbyist for the Montana Newspaper Association, noted that unlike some other states that have prohibited release of wildlife location data, Montana’s Constitution allows relatively few exceptions to the public’s right to know. The association opposed Cohenour’s original bill over creating a new exception to make currently public information confidential, but did support the final version criminalizing its use for hunting.

“At this point I think it would be a mistake to make any change to the statute that we have currently,” MacDonald said. “I don’t think anything that would limit the public’s right to that information would withstand a constitutional challenge.”

MacDonald, who continues to work on the issue with conservation groups and FWP, suggested including a cover sheet for anyone requesting the information that details its prohibited use for hunting and that game wardens be notified for anyone that self-reports hunting as their purpose.

But curtailing the data’s use likely also walks a fine line under the Montana Constitution. In nearly all other cases information deemed public has no restrictions on its use. Those seeking public information also have no obligation to disclose their intended purpose nor even identify themselves when requesting it. That makes most screening questions unenforceable, although nothing bars the state from asking.

FWP Law Enforcement Chief Dave Loewen said the law, which went into effect in July, is relatively new and game wardens did not charge anyone during the last hunting season. Wardens receive training regionally as new laws go into effect and will continue to receive instruction on wildlife data restrictions, he said.

Some would like to see the law strengthened to give more protection to accessing the wildlife location data and not just for hunters. Researchers collar a variety of species including grizzly bears, wolves and wolverines and keep records of sensitive areas such as den locations.

“This is an information age and information gets weaponized, and it’s not just the people that want to go out and shoot a wolf someplace, it’s the people who want to get those den locations and then maybe go out and protect that pack,” said Ben Lamb, a consultant who works on conservation issues. “So it cuts both ways here, and I think what Sen. Cohenour is trying to do here is make sure there’s a level playing field so we don’t incentivize poor behavior on either side.”

Cohenour and others also have concerns that the perceived security of wildlife data could have some larger impacts on reporting by hunters and landowners. While perhaps not rising to the same ethical concerns as real-time GPS data, they fear that hunters may become less likely to volunteer information to FWP staff knowing it could later become subject to a public records request. Or when required, hunters could become leery of providing accurate information on harvest location.

“Landowners and hunters not providing information should be a real concern because that’s where we get some of the best data,” she said.

Get outside: Flesher Pass snowshoe outing a lesson in winter adventure

Two men rescued on Holter Lake after breaking through ice

Two men who broke through the ice on Holter Lake late Sunday afternoon were rescued by search and rescue and local firefighters.

Snowpack near or above normal for most of Montana

While the Helena Valley remained relatively dry in recent months, abundant moisture spilled into much of Montana from the Pacific last month, …

Path to pedaling: Helena nonprofit gets youth up to speed on bicycling

On a Sunday afternoon in downtown Helena, where the winter chill had briefly given way to sunny skies, joggers and cyclists clogged the city p…

BOZEMAN — For over 100 years, scientists have studied the heat-loving microbial life in pools and springs on the surface of Yellowstone Nation… 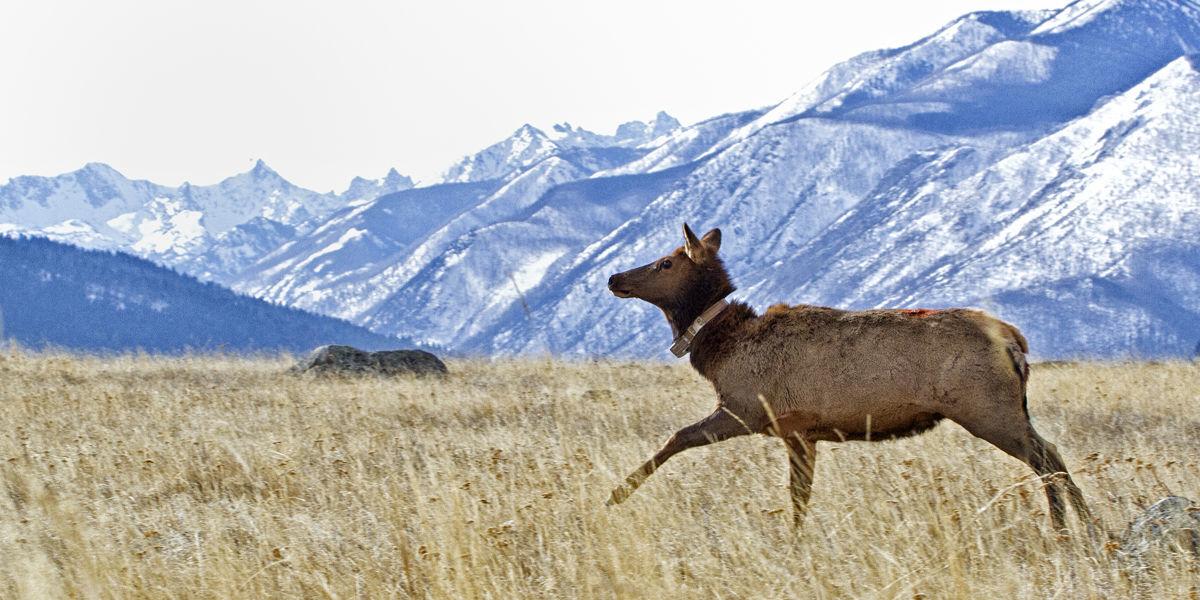 A cow elk bounds away after being collared by Montana Fish, Wildlife & Parks. More than 1,100 animals are collared in the state and officials are grappling with who should have access to the data due to concerns about hunting ethics. 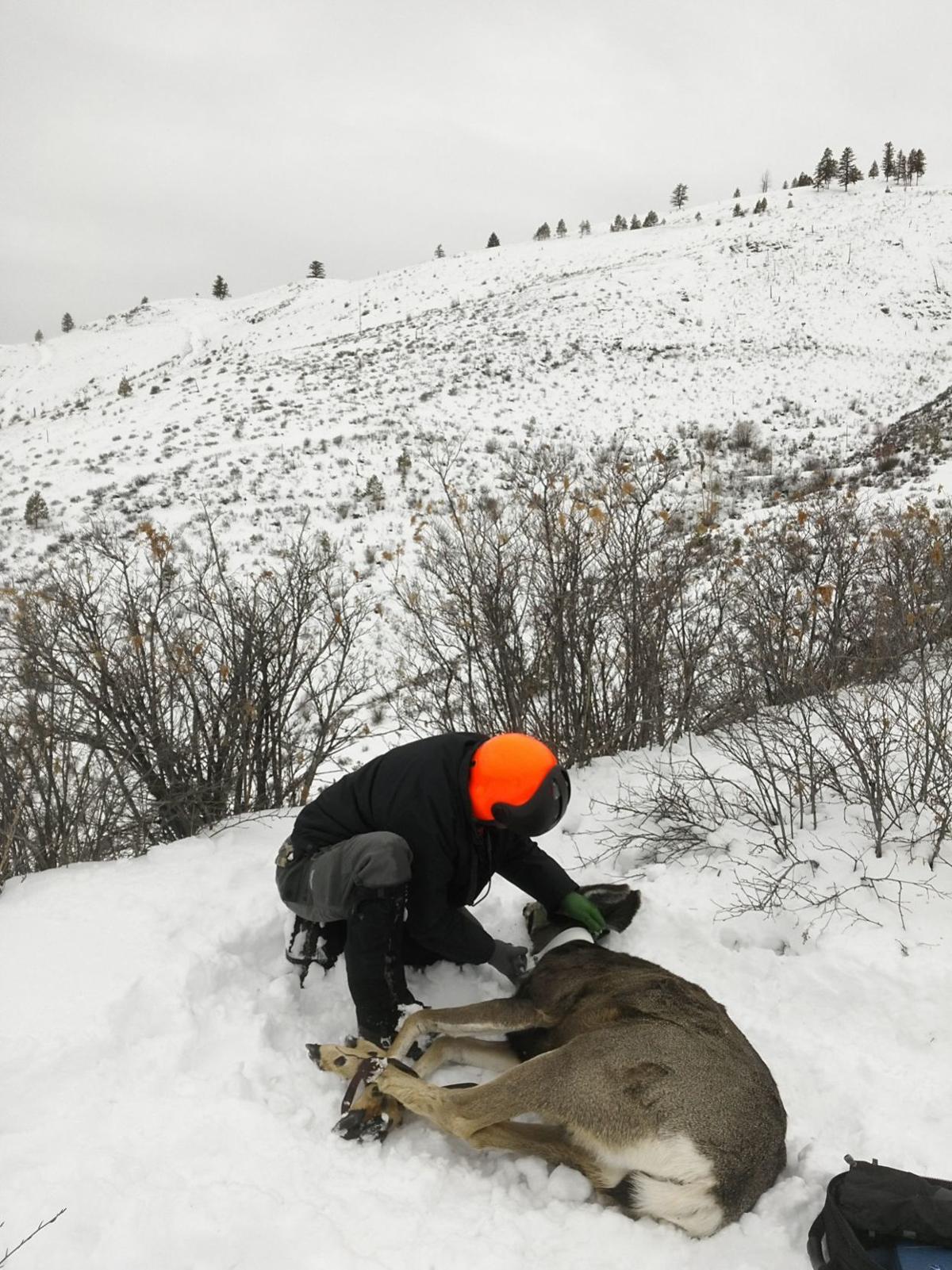 A Montana mule deer is collared by a Montana Fish, Wildlife & Parks worker. 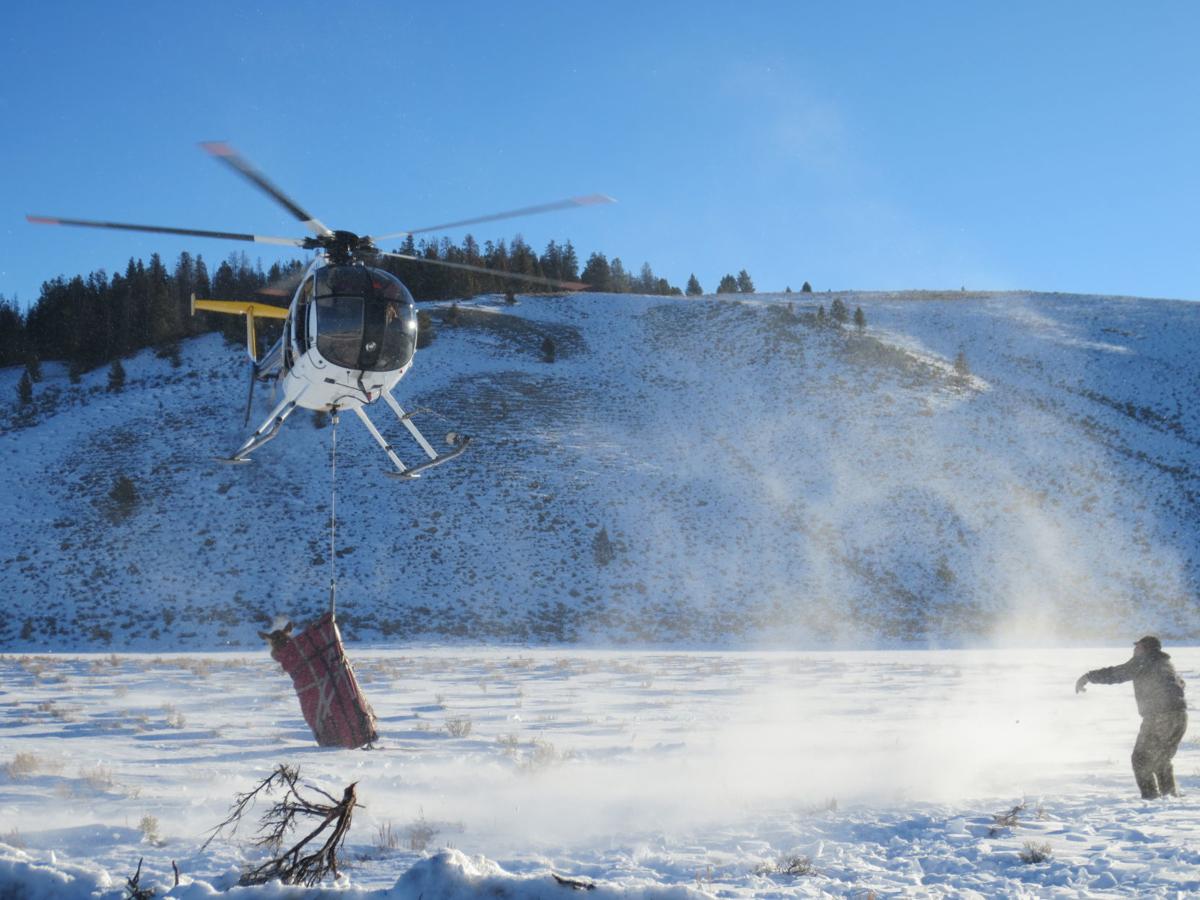 Montana Fish, Wildlife & Parks uses a helicopter to transport an elk in a capture and collar study. 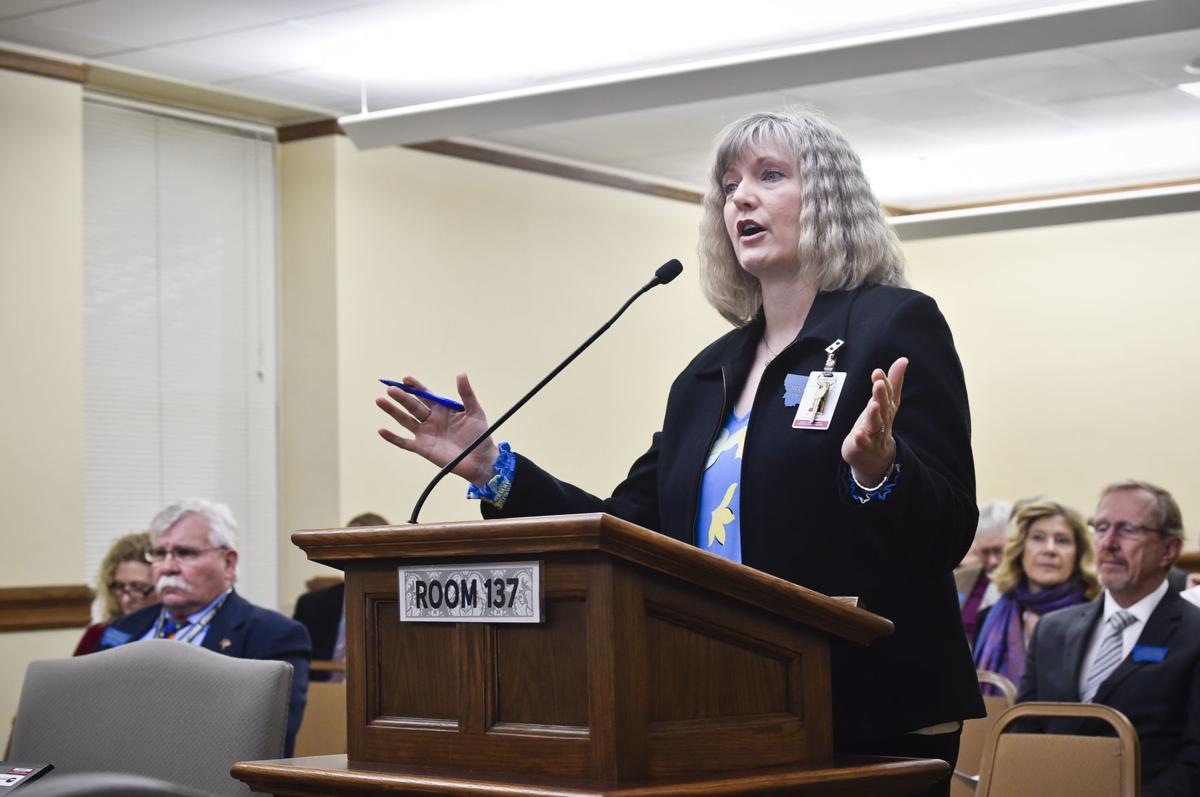 Sen. Jill Cohenour, D-East Helena, testifies during a committee meeting at the Capitol in this file photo.