AUGUSTA- Crested by limestone reefs of the Rocky Mountain Front, the gates of the Sun River Wildlife Management Area flew open at noon Wednesday and a wave of antler pickers poured through.

At the main gate, a 300-vehicle procession that stretched for nearly a mile snaked its way along. From a separate gate, a mix of sprinters and hikers dashed off. And a venerable stampede of horses glided through a depression and onto the open hillside. Augusta-area Game Warden Brady Murphy glanced in his rearview mirror long enough to make sure horse wrecks were at a minimum before flooring his pickup to the north.

While the vast majority attending the annual antler hunt happily abide by the noon start, multiple reports began trickling in of early trespassers, and Murphy was on his way to investigate.

“Our main job up here today is to make sure nobody ruins it for everybody else,” he said of those not following the rules.

Murphy spends considerable time keeping the wildlife management area free of people before it opens May 15. The area exists primarily for elk winter range, and as winter turns to spring, Sun River is where the animals often drop their antlers. With antlers both valuable and collectible, the hunt is a major holiday for many and an obsession for others.

Reports of the early trespassers quickly turned to detailed descriptions as Murphy and other wardens zeroed in. Soon, a call came over the radio that Game Warden Ezra Schwalm had two suspects in sight.

Murphy pulled up and he and Schwalm approached two men from Choteau. At 12:15 p.m. they were more than a mile and a half into the wildlife management area, including over several steep hills and ridges. Their story of not having a watch, and FWP Regional Investigator Bryan Golie seeing them inside the management area’s borders nearly an hour earlier, earned them two citations.

For those who do follow the rules, Murphy and the other wardens enjoy stopping to chat, offer congratulations and receive a few reports of people and wildlife.

"That is the fun part of this," he said.

For Chester Game Warden Willie Miller, his first time at Sun River was worth the trip to come down and assist.

“It was a madhouse,” he said. “I’ve always wanted to see it, and maybe I’ll have to come back next year.”

“Each wildlife management area has a unique purpose, and the opener is used primarily to keep it quiet so that animals aren’t unduly stressed,” he said. “We also use the start to keep it as much of a level playing field as possible; to give everyone a chance to find a horn.”

Wildlife managers also see the management area as important in providing wintering elk a place away from neighboring ranches. The antler hunt acts as a tool as well, with a “big flush” of people moving elk out in the spring and into the backcountry, he added.

This year was Schlepp’s 28th at Sun River. In that time he has seen the antler hunt evolve. FWP used to open the gates at midnight and a dedicated few would venture out with spotlights in search of antlers. The probability of someone getting hurt or running into a grizzly bear led managers to think better of a nighttime start, and now the noon opener has become standard.

“I think that really started when there started to be a monetary value to antlers, that purpose of finding an antler to sell,” Schlepp said. “It’s also really evolved from a simple recreation thing to do to a big public event. A lot of gates will swing open at noon today.”

Among those finding a trove of antlers was Matt Sweeney from Columbia Falls. For the second year in a row, his Subaru occupied the first spot in line, which required him to park about a month ahead of time.

“I’m just addicted,” he said. “It seriously is an addiction, lots of people might sell them, but we just pile them up in our house and look at them. Maybe someday I’ll sell some and retire.”

Also finding a few shed antlers were Wes Yoder from Colorado and Aaron Helmuth from Ohio. The duo had only heard about the Sun River a few hours before the opener and decided on a whim to come up and check it out.

Deal falls through on FWP purchase of Townsend-area ranch

The proposed purchase of a Broadwater County ranch for incorporation into Montana’s network of wildlife management areas will not move forward.

The slap of a beaver’s tail against water is one of the most unique and startling sounds in nature.

Get outside: Wildlife management areas open May 15 for annual antler hunts

May 15 is a special date for many Montanans.

What do you think about Montana's fishing regulations? FWP wants your input

Montana Fish, Wildlife & Parks is asking for ideas from the public as it considers future changes to fishing regulations.

HELENA — If you ask UFC bantamweight fighter Sean O’Malley how he spends his day, he won’t sugarcoat it.

When game wardens shot a mountain lion near downtown Helena last Wednesday, it struck a nerve with many who questioned why the animal was not … 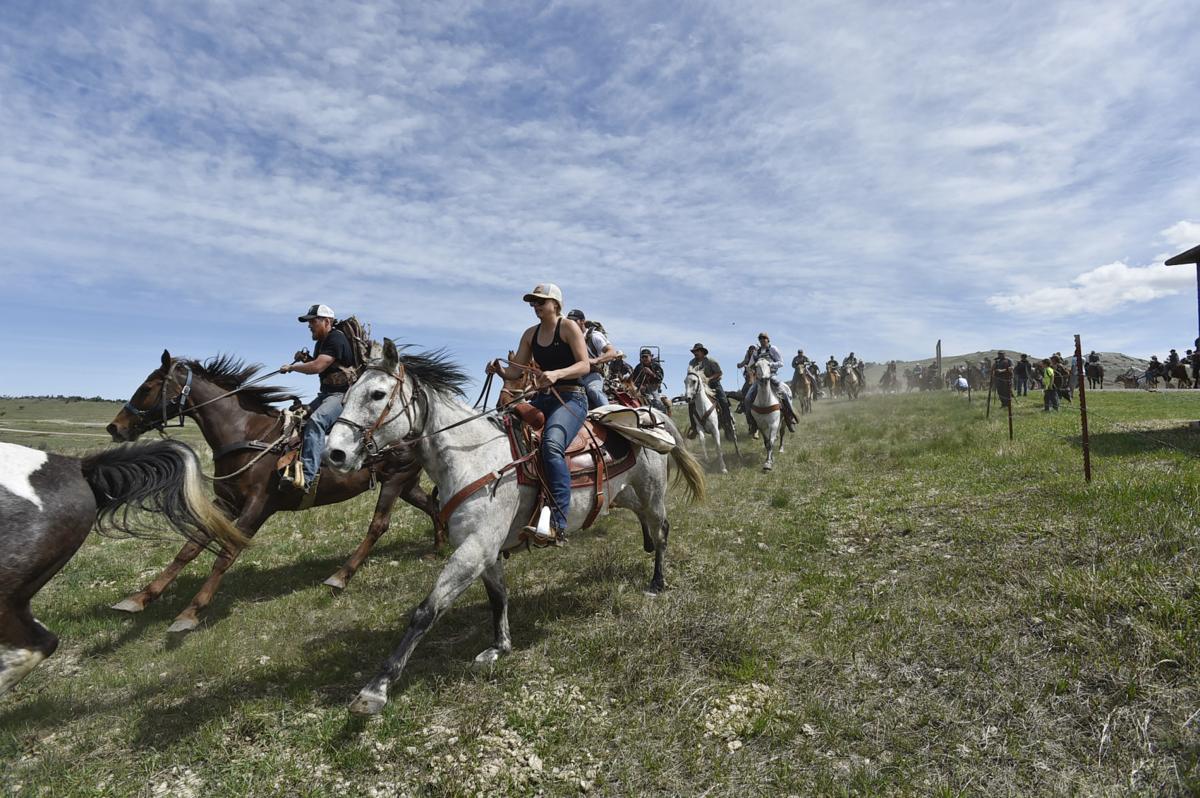 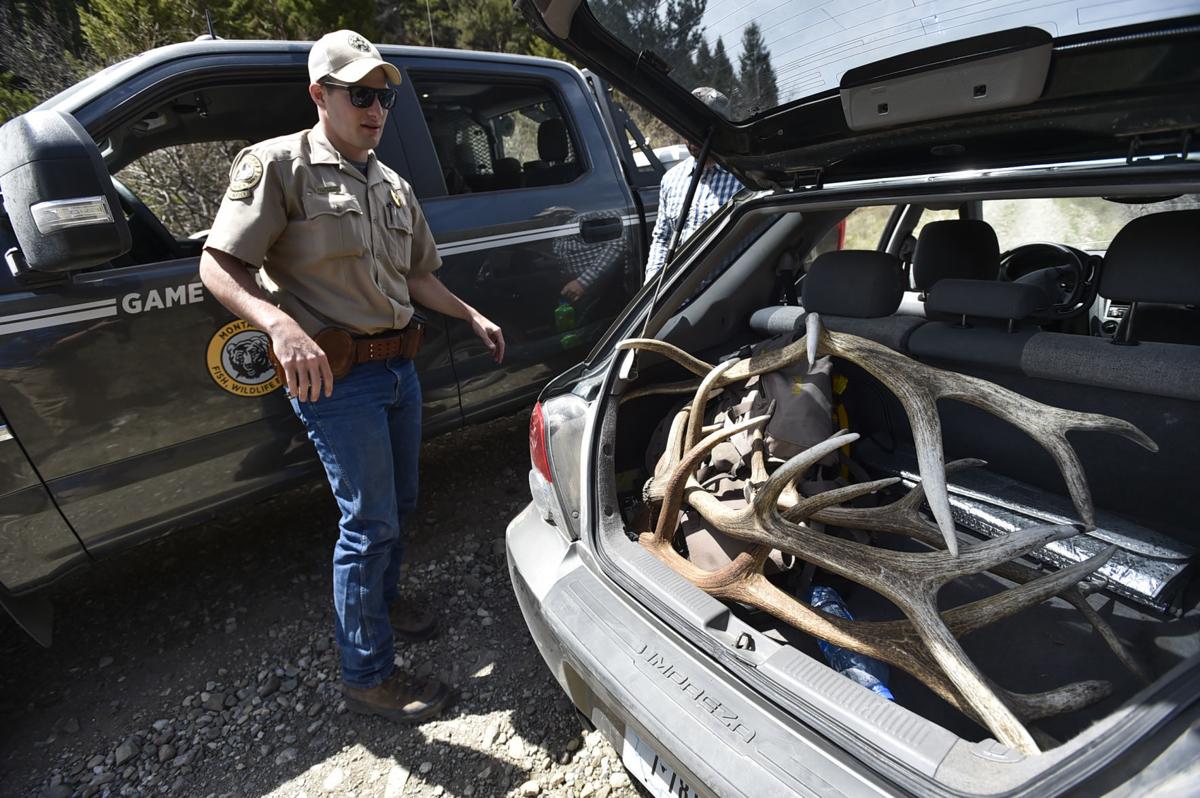 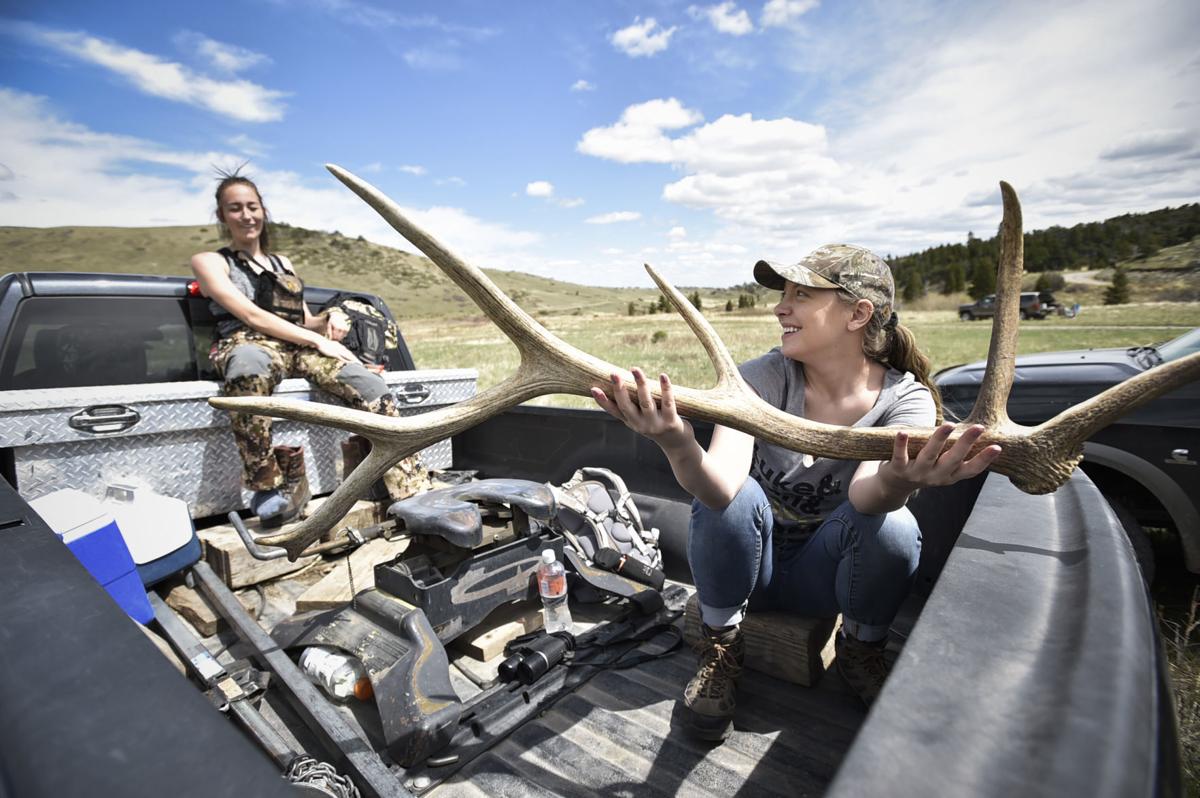 Mariah Hayes, right, and Bailee Pottratz joke in the bed of a pickup Wednesday after picking shed antlers on the Sun River Wildlife Management Area. 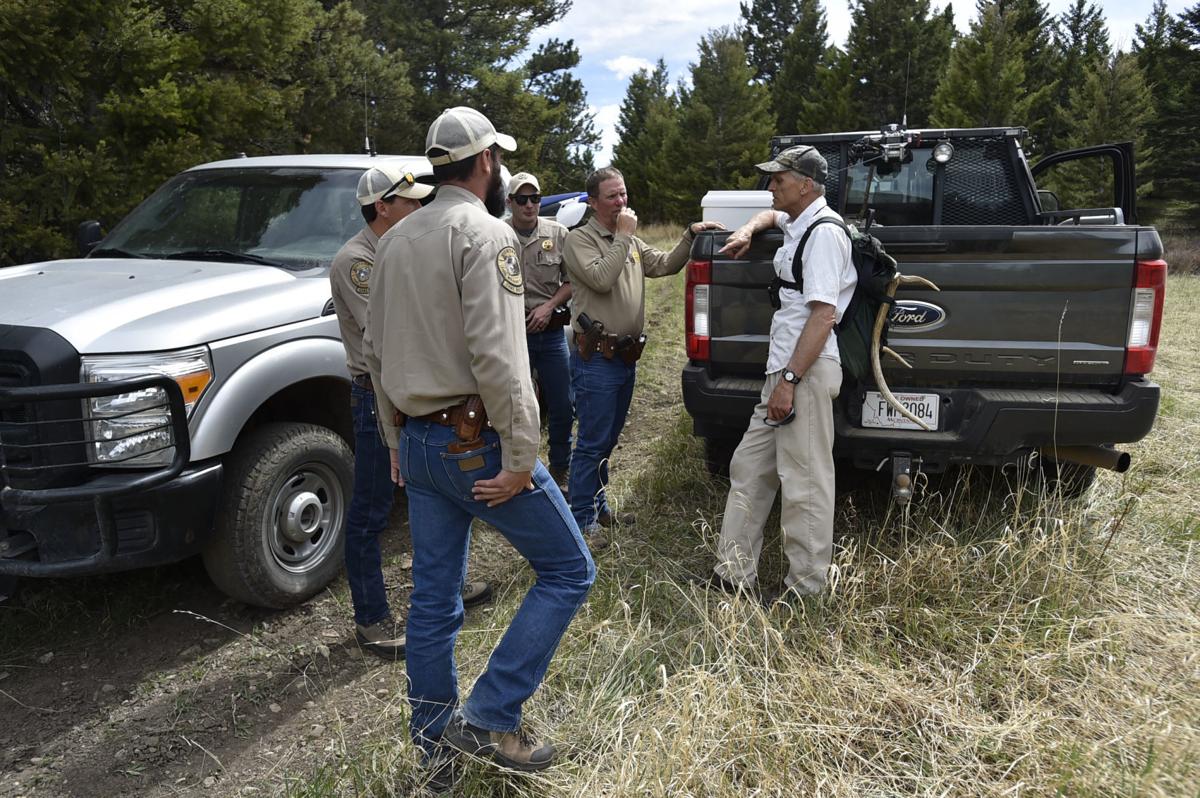 Montana Fish, Wildlife and Park game wardens chat with a shed hunter Wednesday after reports of early trespasser on to the wildlife management area. The man pictured is not one of the violators. 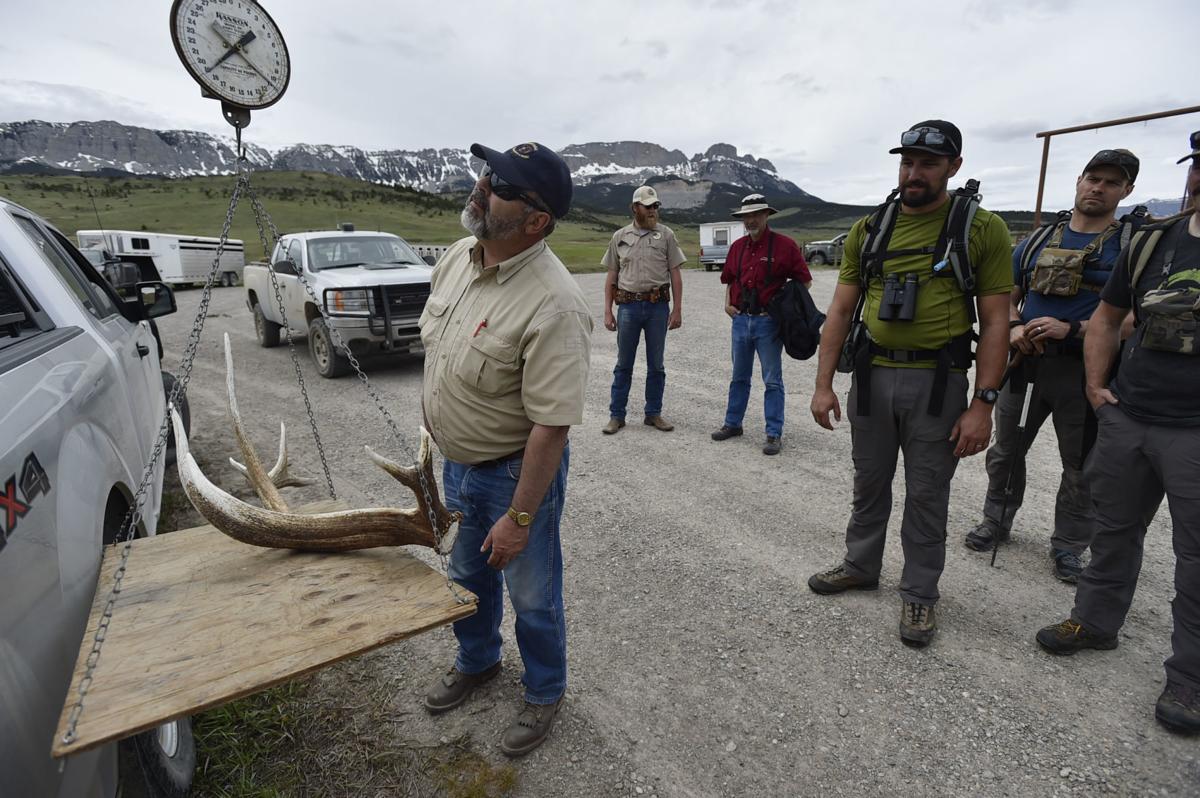 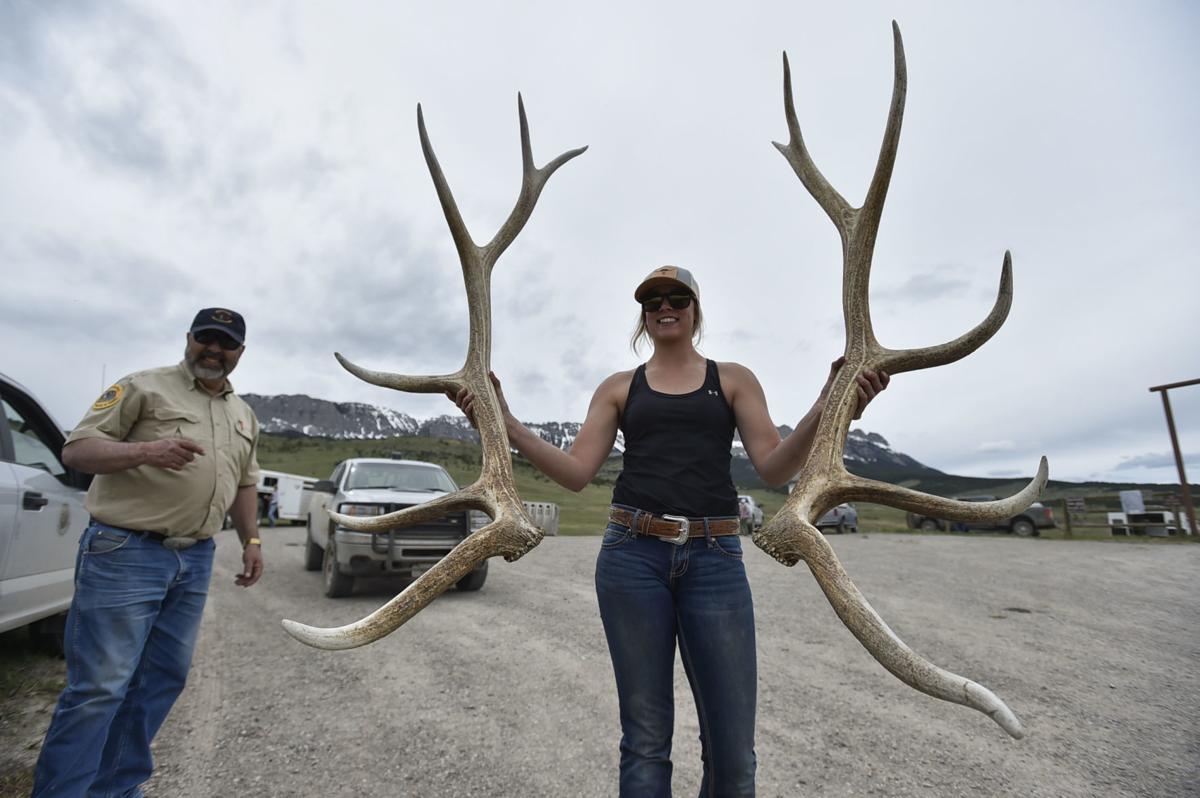