The sun had set Wednesday night over an undisclosed stretch of the Marias River when Robbie Dockter set the hook into something big.

Armed with only an ultralight rod and 4-pound line, at first the Conrad angler thought a lake trout or bigmouth buffalo had taken his small Kastmaster spoon. But on the end of the line was a fish that would shatter a record that has stood more than half a century in Montana.

“I’ve fished this stretch a lot on it’s a very good fishery and some very big trout,” Dockter said Friday evening. “I was thinking I’d finally gotten a brown over 10 pounds, but then she rolled in my headlamp and we realized this thing is next-level big.”

Dockter and his daughter Sierra try to get out about once a week to fish and love to hit the last stretch of daylight and just after sundown. March is when they start targeting brown trout, and Wednesday started out as a typical father-daughter fishing trip.

They were working back after dark when Dockter cast across the river and hooked into something so solid he first thought he was snagged. With the frigid water temperatures the fish didn’t jump or start making great runs, but he says the trout “did whatever it wanted” by swimming upstream as if it hadn’t even been hooked.

Dockter thought back to catching paddlefish and after about 15 minutes managed to steer the massive trout down river. Finally he got the fish beached, Sierra handed him the net, and he sprinted to get the net over and scooped it up.

It was difficult to fully grasp the trout’s immense size and the excitement rattled the father and daughter. Dockter remembered seeing a 25-pound chinook salmon caught in Tiber Reservoir and kept telling Sierra he thought the fish they’d just landed might be bigger.

Dockter seldom brings a scale or a net for that matter, but on Wednesday they happened to have both. When they got back to the truck they watched in amazement as the scale leveled out over 32 pounds.

When they got back into cellphone reception, Sierra decided to look up the state record. It belonged to E.H. Peck Bacon and the 29-pound brown caught in Wade Lake in 1966.

“I called my wife and told her I think I just caught the state record and she didn’t believe me,” Dockter said.

When they got home to Conrad, their meat scale registered 32 pounds 8 ounces – 3 ½ pounds over the record that had stood for 55 years.

The next morning they took the fish to a shop with a certified scale in Conrad. The scale only went to 30 pounds.

After a few phone calls Christiaens Meat & Grocery in Valier said they could weigh the trout. The game warden met them there and watched as the fish registered an official weight topping 32 pounds 6 ounces, measuring 37 inches long and with a 28.5-inch girth.

“It’s a really humbling experience and I think it proves that monsters do exist, and it’s proof that you just never know and it just takes that one cast,” Dockter said. “That’s what makes fishing so cool.”

Jason Rhoten, fisheries area manager for Montana Fish, Wildlife & Parks, said that while the Marias does hold some nice trout, producing the new state record was not expected.

“It’s an outlier for that stretch of river, there are some quality fish in there, but it’s definitely an outlier,” he said.

FWP did not have an estimate on the age of the trout.

Dockter, an accomplished hunter, said the trout ranks on top of all his experiences in the outdoors. Only one thing could have made it a little better.

Republicans advanced a pair of bills that would allow private payments to wolf trappers and hunters as well as directing the state to consider more aggressive means of taking the animals.

There have been five new fish records in Montana in less than a year.

Rainbow trout are still cruising the shorelines at many lakes and reservoirs. Also on the rivers, warming temperatures could cause flows to rise.

For Helena angler Trevor Johnson, it is the allure of the unknown that has always inspired his passion for fishing.

“I always wanted my name in the book, I just didn’t know it’d be a longnose sucker,” said Helena angler Austin Wargo. 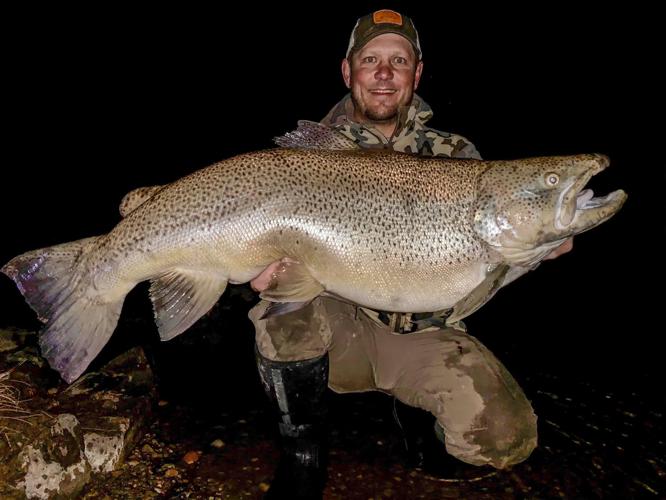 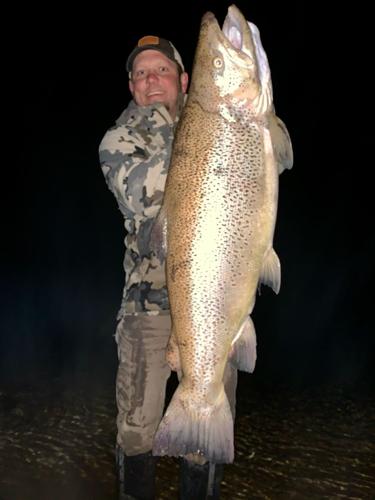 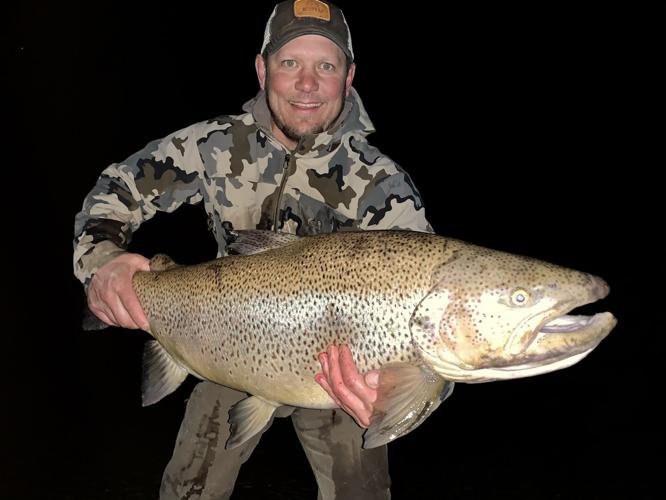