After two days of tough fishing against 110 other teams, anglers Tim Fredrick of Helena and Duane Visser of Manhattan tipped the scales to win the annual Canyon Ferry Sunrise Walleye Festival.

The tournament is part of the Montana Walleye Circuit, which has seen some events canceled this year due to COVID-19. The two-day event includes payouts for the biggest fish each day, the top adult-child and male-female teams, and $10,000 for first place overall.

Fredrick and his father-in-law Visser came into 2020 with plenty of experience on Canyon Ferry. Both anglers fish the reservoir frequently. Fredrick fished the tournament for a number of years before a break and then returned to fish the last couple of years. Visser has fished it every year since it began.

They began Saturday jigging and Visser hooked into a nearly 32-inch, 13-pound walleye that had them off to a solid start.

“Once in a while a blind squirrel finds a nut,” Visser joked. “We’ve tried hard over the years and come close a few times, but not had a big one like that to close the deal.”

The duo managed to catch several other walleye jigging, which bolstered their total weigh-in to more than 18 pounds after the first day. No other team had cracked 16 pounds.

Then came the wind on Sunday.

“It was a tough year – the weather really didn’t want to cooperate,” Visser said.

They switched to trolling and managed to pick up three walleyes, which left them uncertain where they might place.

“Saturday fished well for us – we caught a lot of fish and were able to find a few bigger ones,” Fredrick said. “Sunday it was a whole different ballgame with the storms and water and huge waves. It was very limiting on what you can do so you just fought it out.

“I think we both probably decided we weren’t in first place with only three fish but luckily the teams that were close to us struggled too.”

Believing that first place may have slipped away, it wasn’t until the duo weighed in that they learned their total weight of 21.54 pounds was enough to edge out the second-place team of Marty McLean and Caed Melone and about 2 pounds more than third-place finishers Brian Clausen and John Steeples.

“You think about winning but I never went in dreaming we’d win it,” Fredrick said. “Then being in first place sitting on that huge lead and then the emotional roller coaster feeling it slip away and then win at the end, it still kind of seemed surreal to me.”

Fredrick and Visser both say they have not yet decided how to spend their winnings, although Fredrick thought there could be some more fishing in their future this year with the shrunken tournament schedule.

Commissioners universally spoke out about the use of remote-controlled devices and the creep of technology into both angling and hunting.

The city of Helena Parks and Recreation Department has a new approach to public participation in decisions about recreation on the city’s open lands. 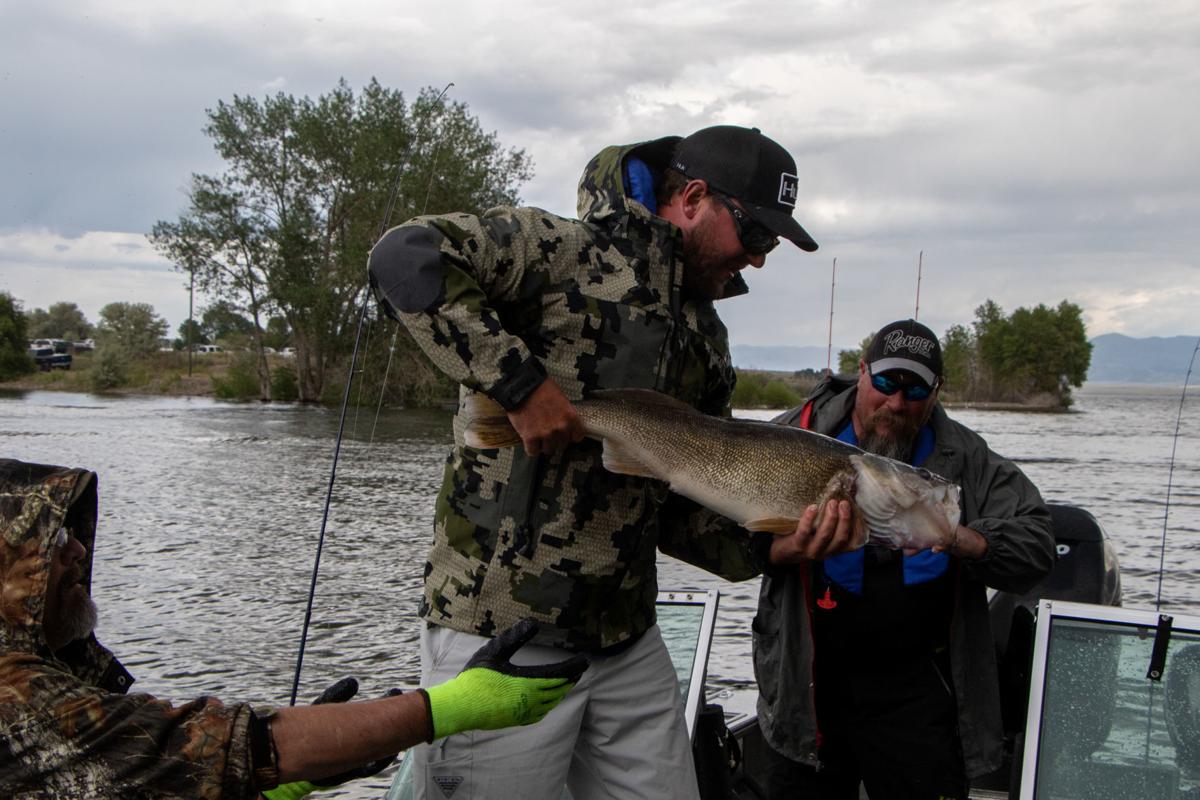 Tournament participants Travis Woodland and Jason Rager bring in a walleye to be weighed Saturday afternoon for the 2020 Canyon Ferry Sunrise Walleye Festival. 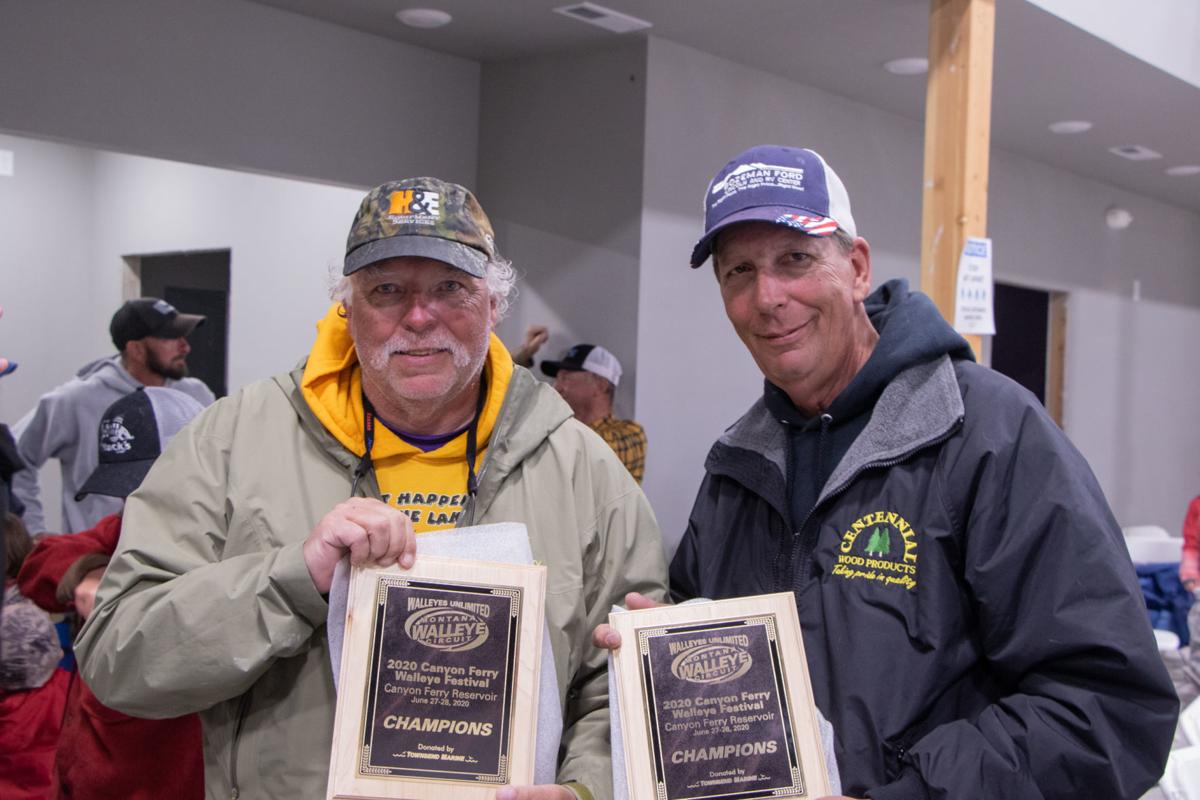 The team of Tim Fredrick and Duane Visser were the overall first-place winners of the 2020 Canyon Ferry Walleye Festival Sunrise Tournament. They were awarded the $10,000 first-place prize. 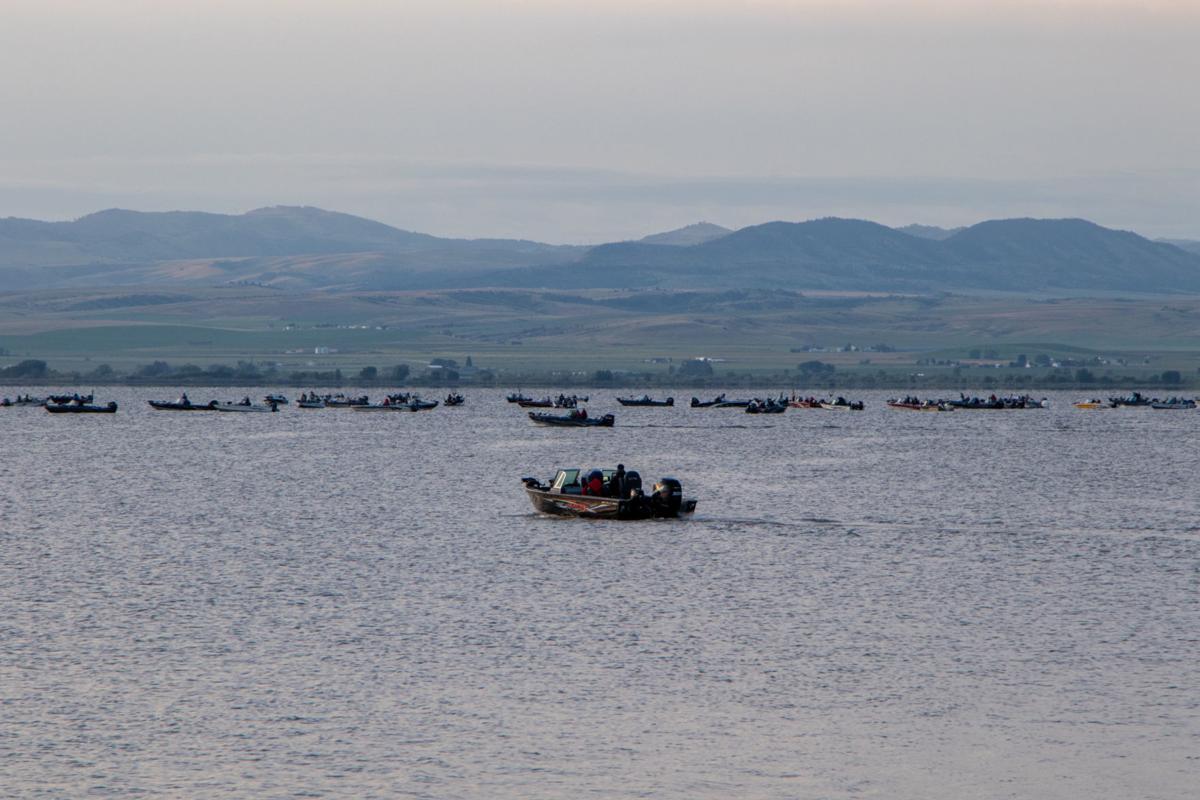 There were 110 teams in this year’s Canyon Ferry Walleye Festival Sunrise Tournament on Saturday and Sunday. The boats line-up each morning near the weigh-in area, and at 6 a.m. the teams are free to go to their fishing spots for the day. The teams had until 3 p.m. to catch fish and weigh in. 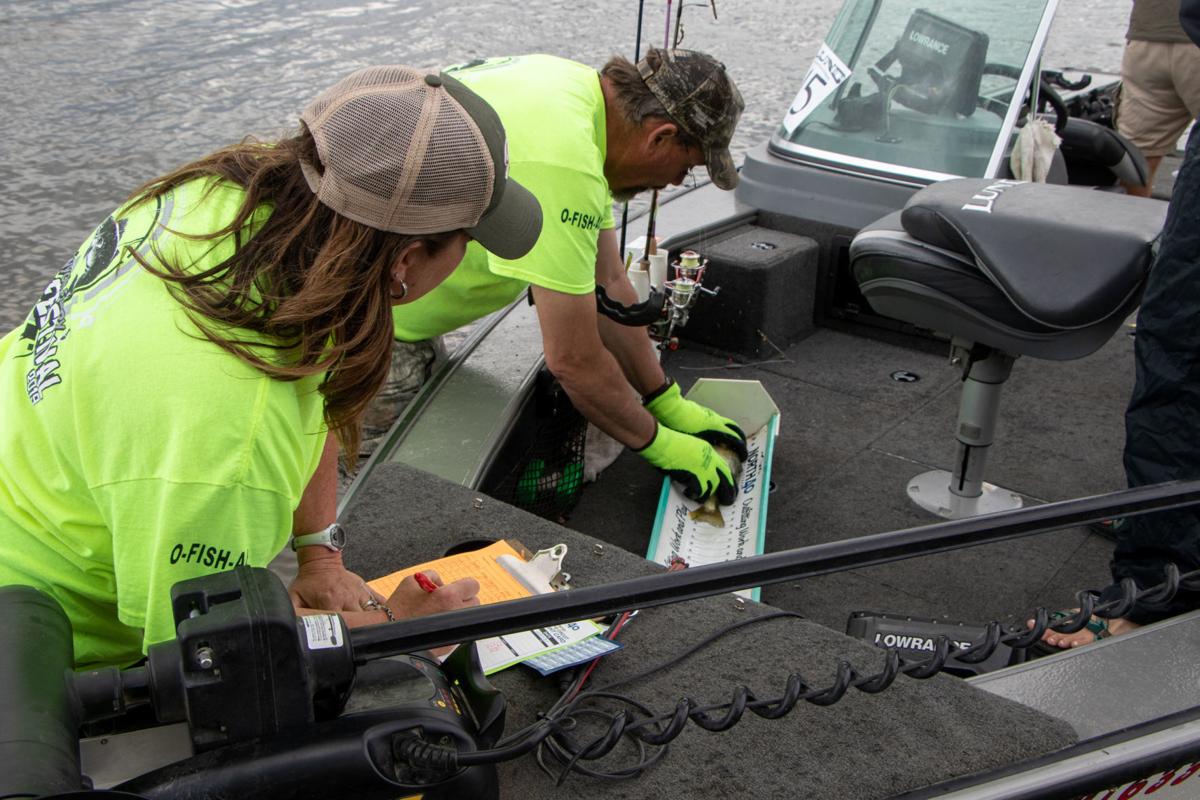 Volunteers were stationed at the weigh-in area to record and obtain information from the anglers at the Canyon Ferry Walleye Festival Sunrise Tournament.