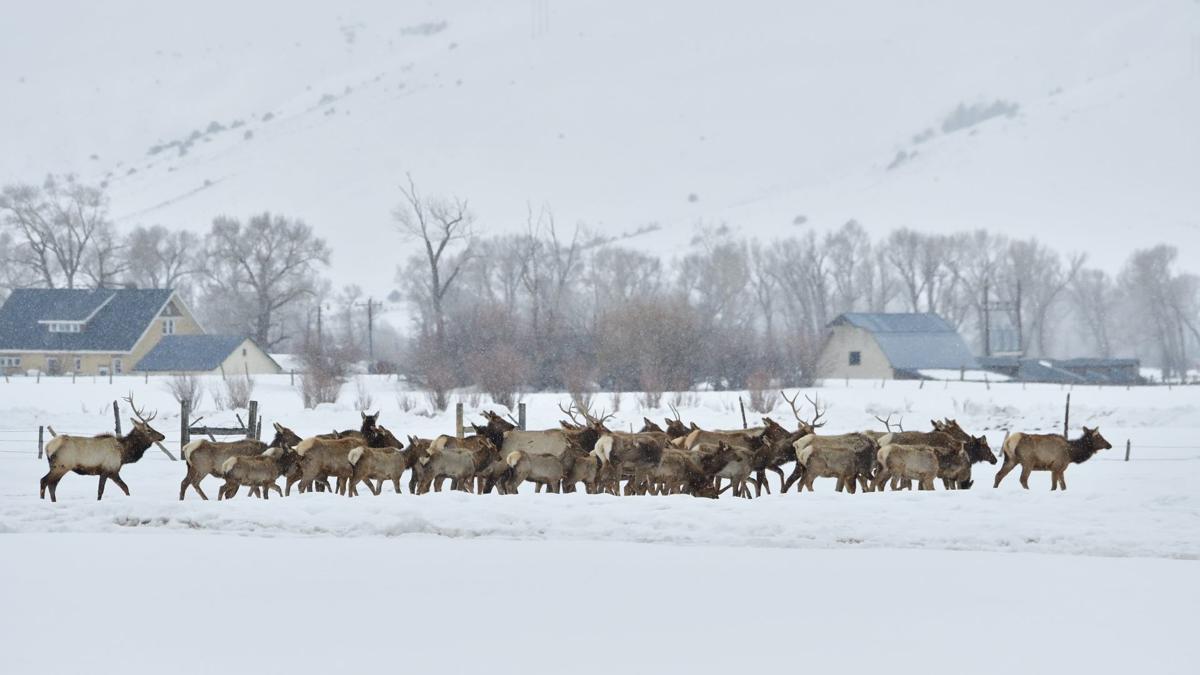 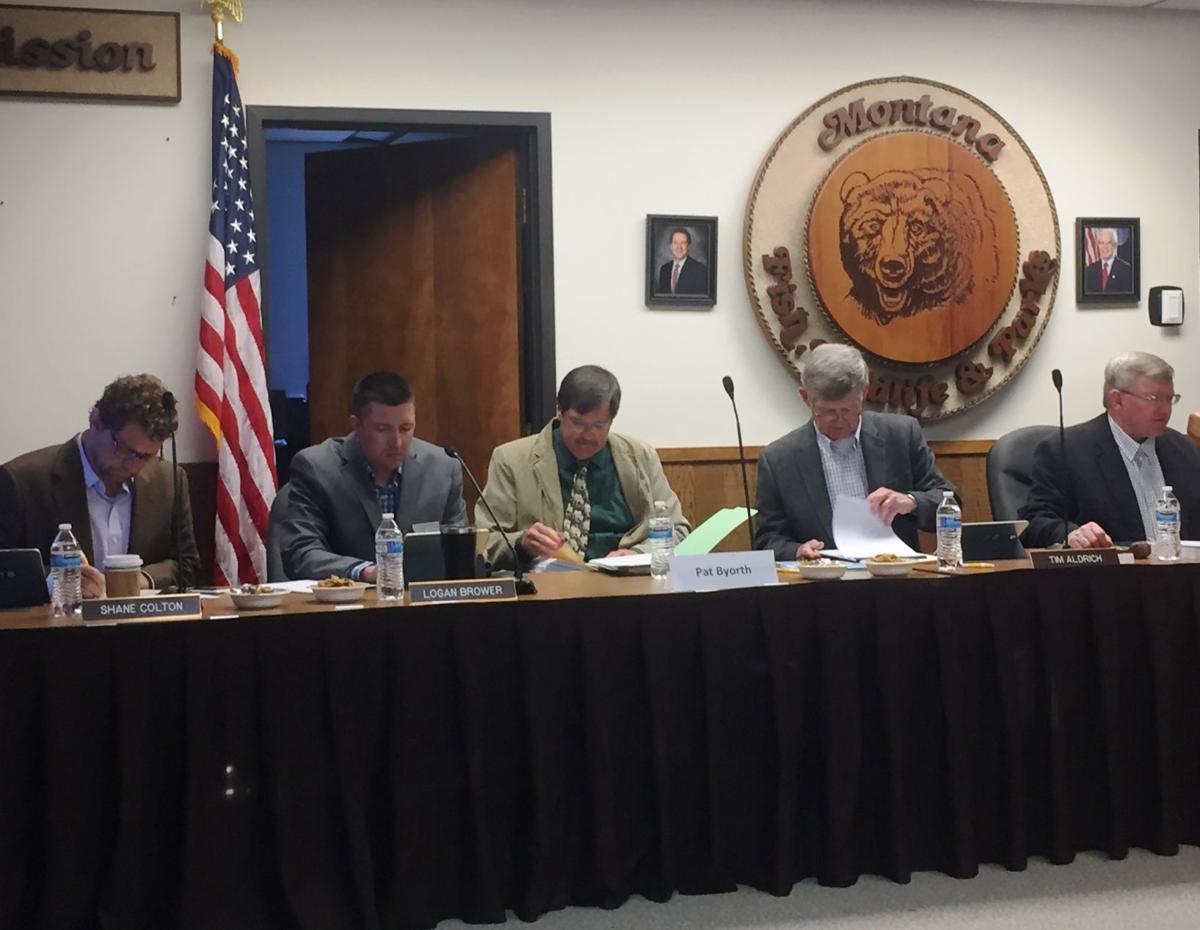 Elk hunters could see a number of regulation changes for the coming year for west-central and southwest Montana.

Montana Fish, Wildlife & Parks is holding public meetings starting this week as part of its biannual big game season setting process. During the process the agency solicits public comments on proposed changes for future consideration by the Montana Fish and Wildlife Commission.

An early December commission meeting featured lively debate over the efficacy of elk “shoulder seasons,” which run before archery and after general seasons in areas well above desired populations. The seasons were designed four years ago to reduce over-objective elk herds by targeting females on private lands.

Shoulder seasons have been controversial since their inception. Some sportsmen’s groups have levied concerns about the ethics of hunting elk up to half the year as well worries that the seasons would ultimately reduce public access to private land during the general season when bull elk may be harvested.

FWP put in place a number of “performance based” criteria for the shoulder seasons with the goal of ensuring a strong general season elk harvest coupled with shoulder seasons aimed at reducing populations.

At the commission meeting Dec. 5, Chairman Shane Colton of Billings suggested that shoulder seasons that are not meeting the criteria be pulled, or at least reexamined. When the seasons passed in 2015, it was in part with the caveat that in areas where they do not work to reduce elk numbers or if public access suffers, they could be eliminated.

A number of the shoulder seasons, which had run as late as Feb. 15, are now proposed for changes or removal.

Biologists also propose a number of other changes to elk and deer regulations in several districts around Helena with goals of increasing hunter opportunities but also balancing that with animal populations and access.

A large district that includes the Little Blackfoot drainage, Spotted Dog WMA and forests southwest to Deer Lodge and Butte, HD 215 had allowed antlerless elk hunting with a general license. FWP proposes eliminating that regulation in favor of an antlerless elk permit for the district, as well as extra antlerless licenses that begin Aug. 15 and are not valid for national forests.

The reasons for the proposed changes include slowing the antlerless elk harvest rate as the population drops toward objectives and addressing game damage on private land, according to biologists.

HD 293 includes the Avon and Helmville valleys north to U.S. Highway 200 and the mountains making up the spine of the Continental Divide. Proposals call for the addition of a new antlerless elk license good only for private lands in the southern portion of the district.

The districts northwest of Helena have a combined antlerless elk permit, which allows hunters to harvest a cow elk and then punch their general license to tag their animal. Under the existing regulations hunters are restricted from hunting for bull elk in those districts, but the proposed change would eliminate that restriction.

The reason for the proposal is due to negative feedback from hunters and that the restriction did not seem to have a biological reason to support it, according to FWP.

Managing elk populations in the Big Belts on the backside of Canyon Ferry Reservoir has long been a challenge.

The national forest sees ample hunting pressure and the ballooning elk population quickly seeks refuge on private lands. In an effort to reduce numbers, the general license has been valid for both brow-tined bulls and cows, but now FWP proposes changing that regulation to eliminate the antlerless provision on national forest land.

“While overall observed elk numbers in the HD have been well above objective since the HD was reconstituted in 2016 as part of a major boundary change involving HDs 391 & 392, elk numbers and elk presence on national forest land in the HD continue to get worse,” FWP’s proposal states. “ It’s estimated that 90-95%+ of the elk in the HD are found on private land with little to no public hunting access during the hunting season while the bulk of the hunting pressure in the HD occurs on National Forest land. Elk hunter success rate on national forest land in the HD is estimated to be in the low single digits at best.”

The current private land shoulder season would also be removed. In its place, FWP would offer over-the-counter antlerless elk licenses good for private, state and BLM lands south of Duck Creek that run until Jan. 1.

For the hunting district that includes the York area, FWP proposes removing the opportunity for youth hunters or hunters with disabilities to harvest antlerless elk on their general license. Biologists also propose dropping the number of antlerless elk licenses from 50 to 25.

The proposals aim to increase the elk population in the hunting district.

The collection of four hunting districts north of Wolf Creek and surrounding Augusta are known for high numbers of wintering elk and been under shoulder seasons in recent years.

FWP proposes eliminating the month of December from the late shoulder season, meaning hunting would end at the end of general season and then begin again Jan. 1 for six weeks.

The proposal aims to balance concerns from some hunters about the hardship on elk and landowners of a six-month season. The month-long break would allow elk some time to recover before hunting began again, according the biologists.

“This proposed change will hopefully prove to be effective in still allowing further harvest on antlerless elk, limit the persistence of chronic refuge areas, and effectively break up larger groups of elk into smaller groups in order to lessen the direct damage to agriculture operations all while recognizing concerns of long hunting seasons on landowners, elk and hunters alike,” FWP states in its proposal.

These proposals highlight only the changes for districts in the greater Helena area. For a full listing of proposals or to comment, go to http://fwp.mt.gov.

FWP season setting public meetings all from 6 p.m. to 8 p.m.

A complete list of proposed changes can be viewed online at https://go.usa.gov/xpdvC. Comments can be submitted in the following ways:

Timber sales ramping up as part of a major forestry project near Helena are expected to produce nearly 31 million board feet of timber.

In response to increasing flu activity, St. Peter’s Health in Helena is implementing visitor restrictions at the hospital and opening its seas…

Canyon Ferry: Most of the reservoir is open water except for bays and south of the Silos.

Helena rancher Rocky Forseth is on his way to Texas this week to compete at the National Farm Bureau’s annual convention.

For those looking for some quality time with a dog but are unable to have one in their homes, the Lewis & Clark Humane Society is offering…

Women gather for ice-fishing workshop at Helena Valley Regulating Reservoir as part of the Becoming an Outdoors Woman program. 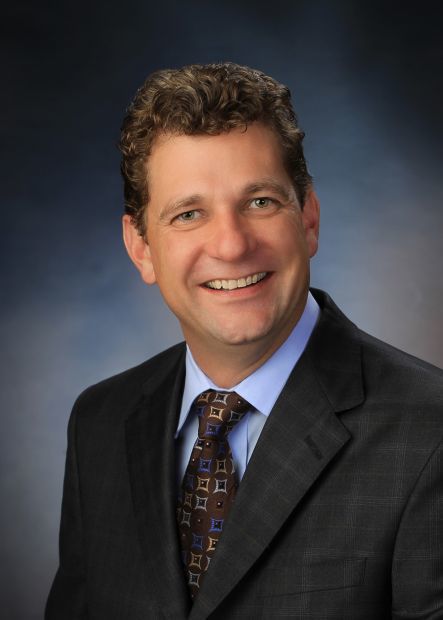