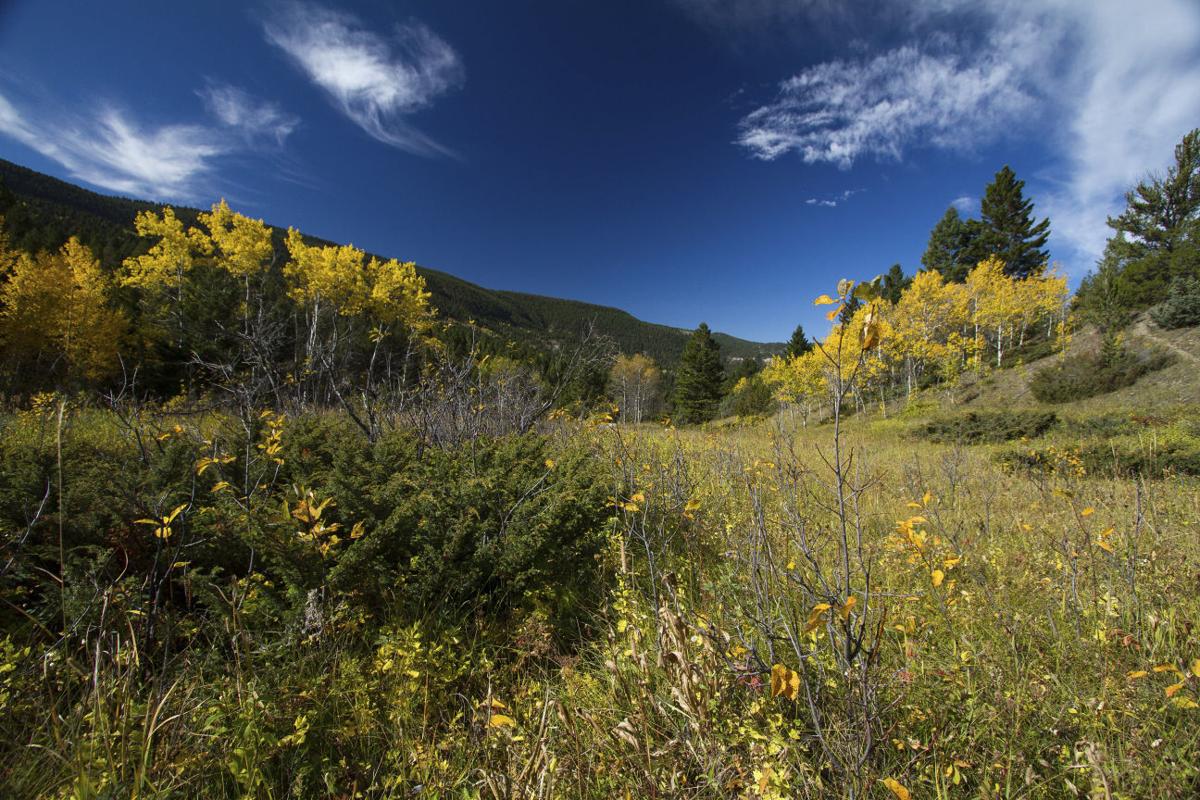 The Tenderfoot Creek land acquisition in the Helena-Lewis and Clark National Forest was funded in part by the Land and Water Conservation Fund. 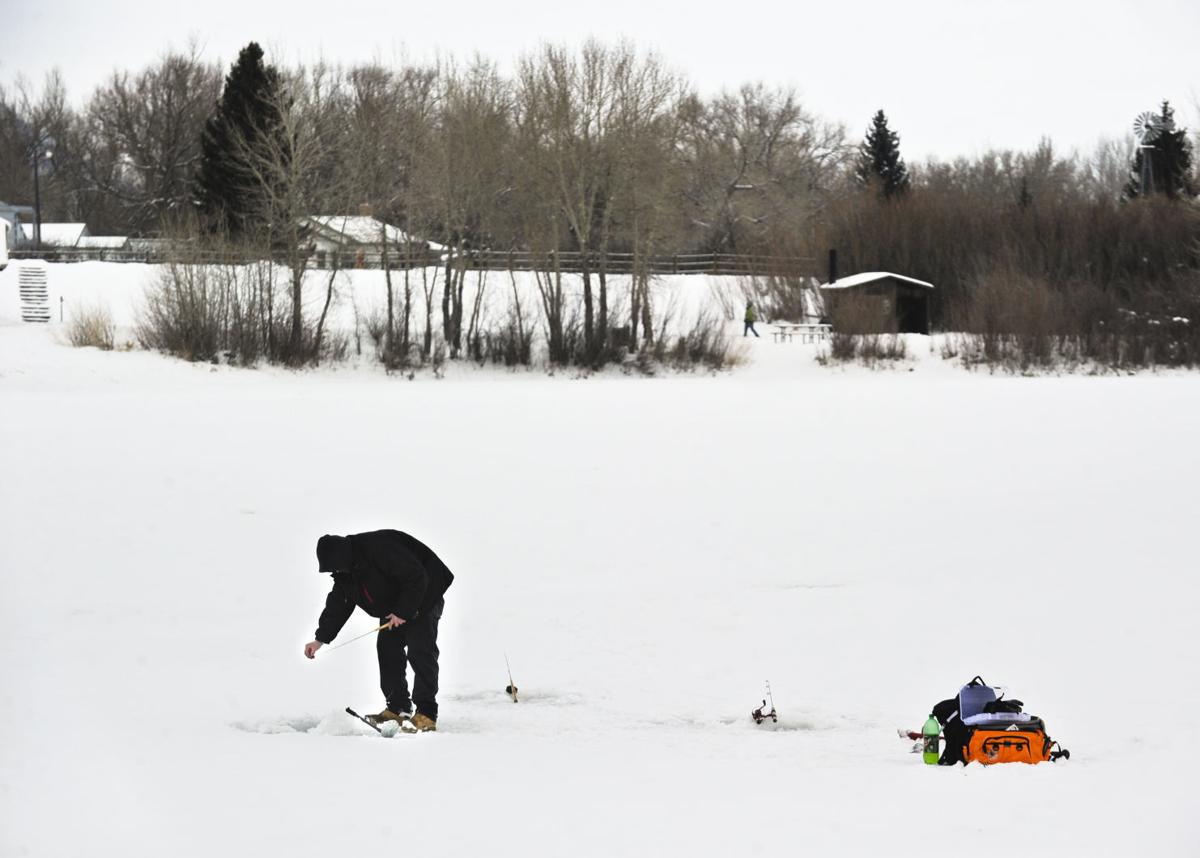 A fisherman tries his luck on the frozen Spring Meadow Lake at Spring Meadow State Park in 2016. The state park has received grant funding from the Land and Water Conservation Fund.

With the backing of Montana’s Congressional delegation, the Land and Water Conservation Fund saw permanent reauthorization earlier this year – a significant victory for conservation groups and lawmakers who spent years advocating for the program. Now the funder of major public access projects to municipal parks is in the midst of another debate: How much money it will receive this year and into the future?

LWCF uses a portion of offshore oil and gas royalties to fund a variety of conservation and recreation projects across the country. While the program may be most recognized for federal land purchases, state grants go to multiple programs on the local level including municipal parks and infrastructure such as playgrounds and swimming pools.

In the last half century LWCF has spent nearly $600 million in Montana. In recent years the program has funded an 8,200-acre Forest Service acquisition in the Tenderfoot Creek area in Meagher County; a 6,400-acre addition to the Stillwater State Forest near Whitefish; and a 620-acre Forest Service addition on the southern Rocky Mountain Front. Nearly three-fourths of Montana’s fishing access sites also received financing.

LWCF may be funded up to $900 million annually, but that has only happened once in the program’s history. Funding has lagged since the only full $900 million appropriation in 1998, dipping as low as $255 million in 2008 and never getting higher than $677 million in 2002. In recent years funding has ranged from $400 million to $450 million, and this year it is set at $465 million pending congressional action.

The push to fully fund LWCF has risen as a priority for conservation groups following permanent reauthorization. Montana Sens. Jon Tester and Steve Daines are in a unique position to push full funding, as both are members of the committee that debates appropriations for the Department of the Interior, which includes LWCF.

“I think the results in Montana speak for themselves,” Daines said. “It’s an important tool that helps protect our public lands, and importantly it helps expand public access and protects our very way of life in Montana.”

Tester said the next one or two decades are a critical time for LWCF.

“It’s not a priority for some people in Congress,” he said. “It needs to be a priority, and the reason is because I think we have a moment in time to do some really good things on habitat.”

The fight to permanently reauthorize LWCF took years and passed as part of a major lands package. A step toward full funding will also be the product of similar negotiations and behind-the-scenes work.

“You have to have a relentless push, and we were successful in getting (permanent reauthorization) through, and that was a major fight,” Daines said.

While LWCF has largely enjoyed bipartisan support from Montana’s congressional delegation, the program has its share of critics, as well. Most opposition centers on concerns over increasing the amount of land owned by the federal government, particularly in light of maintenance backlogs for land agencies.

Democrats — including Tester — back full funding, and Daines is one of a handful of Republicans who has thrown support behind full funding for LWCF as well. He sees it as a good investment and as part of a larger platform to balance outdoor recreation with natural resource development.

If full funding is to pass the Senate, it will need Republican support and that of leadership to bring it to the floor.

“It really depends on how much pressure the Republican side of the aisle puts on (Senate Majority leader Mitch) McConnell,” Tester said. “If we have the will to do it, I think we can make it happen.”

The initial priority is this year’s appropriations bill. The senators have cosponsored an amendment on the floor to fully fund LWCF, but funding bills are notoriously complex.

“That Interior subcommittee bill, and I know it might sound weird to people, but it’s pretty tight,” Tester said. “There’s a lot of things in there that need to be funded like mine cleanup, money for the parks, but LWCF is in there too.”

Daines and Tester have also signed onto a bill that would remove LWCF from the annual appropriations process and fully fund it each year. It currently has nearly 50 co-sponsors including a half-dozen Republicans.

The bill is expected to receive a hearing and a vote next month, Daines said. It is early in the process and he hopes to see more Republicans come aboard.

“If we can get a number of Republicans on it, that speaks volumes because what’s important here is to get bipartisan support,” he said. “I’d be more concerned if it was one party or the other.”

One expected challenge is the opposition among some Republicans to remove programs from the debated appropriations process and make the spending mandatory, Daines added.

Daines’ work on LWCF has been lauded by many conservation groups, but others in the community have attacked the senator over some of his actions, including funding requests and committee votes.

Montana Conservation Voters have criticized Daines for a letter he sent in May to committee chair Lisa Murkowski requesting $600 million for LWCF. MCV launched the #giveitback campaign recently after the appropriation then came in at $465 million, saying that Daines has not done enough to push for full funding.

“Sen. Daines is part of the majority party and a member of appropriations, so he’s in the driver’s seat holding the bag in a way Jon Tester is not,” said Whitney Tawney, MCV deputy director. “In May he asked for only $600 million, so why ask for less money, why not start at the highest? We’re a little tired of lip service.”

Tawney applauded Tester for his requests for the full $900 million, but said “we need to have more action” from Daines, specifically putting pressure on Republican leadership. With the current political climate in Washington D.C., the viability of the amendment and bill remains highly uncertain, she said.

Daines' communications director Katie Schoettler says criticism of the $600 million request does not take into context the full letter, which encourages full and mandatory funding and “at least” $600 million. Pointing out that LWCF will tentatively be funded at its highest level since 2004 and up roughly 50% since Daines' first year in Congress, she questions why the groups were not more critical of LWCF funding levels when Democrats controlled Congress.

Daines says he thinks the criticism comes down to politics but added he “respects the feedback” and is listening.

“The vast majority of the conservation groups we’re working with, we engage with day-in and day-out, are very supportive of what we’re doing here, they see the progress, they see the sincerity of the efforts,” he said. “Unfortunately there are some very politically motivated couple of groups that have a different opinion and they’re entitled to that, I just disagree with them and I think it’s politics.”

Among the conservation groups supporting Daines are Montana Trout Unlimited and the Rocky Mountain Elk Foundation.

Clayton Elliott, conservation and government relations director with Montana Trout Unlimited, recently penned an op-ed applauding Tester and Daines. The piece praises Daines for speaking out recently in committee over his disappointment with LWCF funded at only half of what it could be.

“Without the leadership of Senator Daines and Tester we wouldn’t be this close to achieving full, dedicated funding for LWCF,” Elliott wrote. “While we are disappointed that dysfunction in Congress is getting in the way of doing the right thing for Montana’s fish, wildlife and outdoor heritage, Montanans support and appreciate the continued leadership of our senators to prioritized full, dedicated funding for LWCF.”

With this fall’s early season winter storms, it may be hard to believe that only three months ago a wildfire burned through Helena’s North Hil…

Despite objections from walleye anglers, the Montana Fish and Wildlife Commission voted Thursday to release for public comment, a new fisherie…

Some students of Helena High School and Capital High School had their regular teacher replaced by a University of Montana professor on Friday.

Edward Lutkehus took aim with the help of his dad Brett, positioning himself behind the rifle until the scope rested steady on its target. Wit…

Get outside: Visit National Bison Range for wildlife encounters

Located in the Mission Valley near St. Ignatius, the National Bison Range offers a rare opportunity to see and photograph a whole host of wild…

Great Divide Ski Area will once again be the first ski area in the state to open when the chairlift fires up Saturday morning.

Montana has about 5.2 million surface acres and 6.2 million mineral acres of state trust land with a staff of about 125 managing those lands.

The Senate voted 73-25 to pass the bill that fully funds the Land and Water Conservation Fund at $900 million annually and removes it from the annual appropriation process.

The Great American Outdoors Act is now the law of the land.

The Tenderfoot Creek land acquisition in the Helena-Lewis and Clark National Forest was funded in part by the Land and Water Conservation Fund. 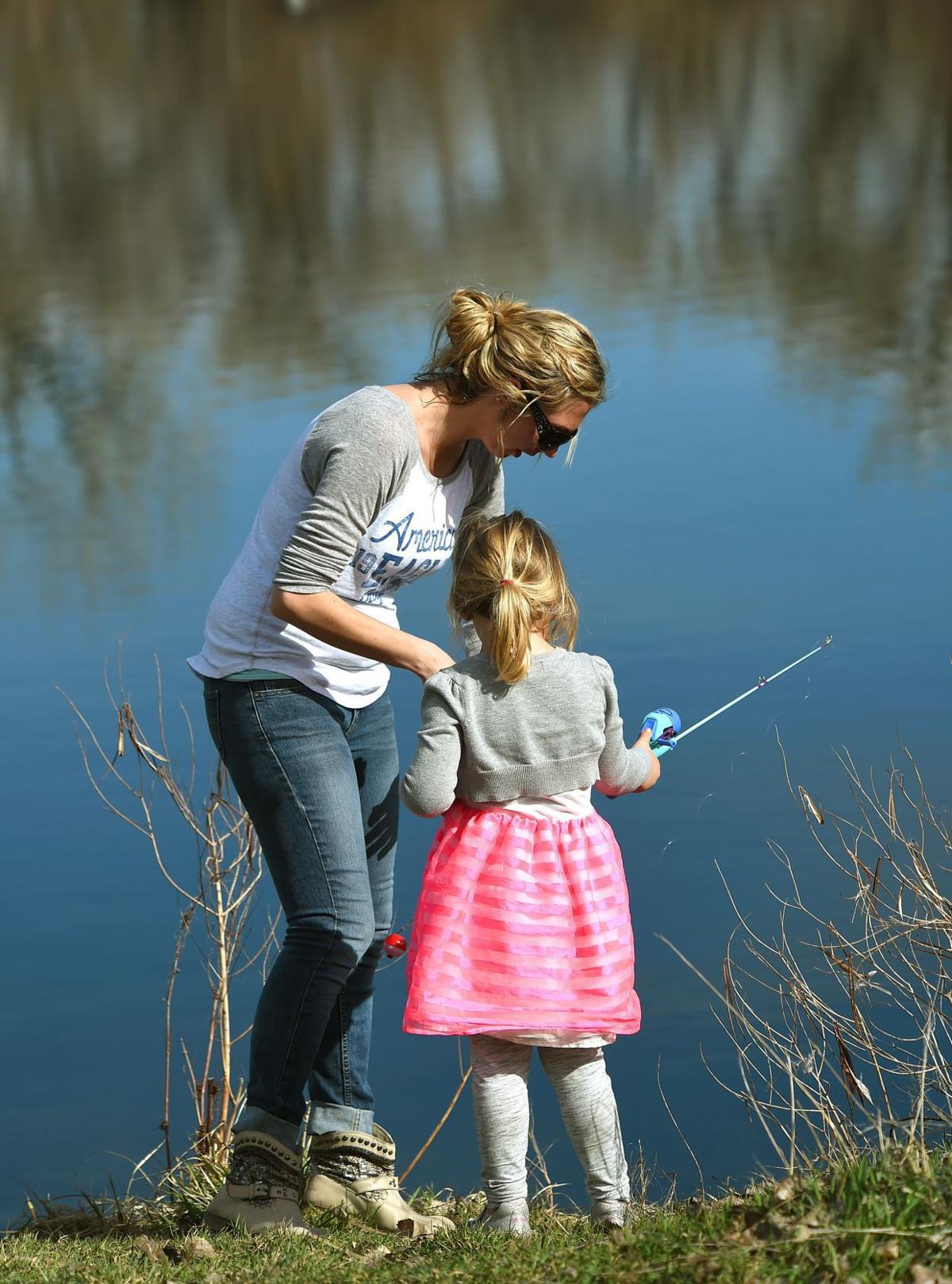 Serena Crowe and her 4-year-old daughter, Raegan, fish at Lake Josephine in Riverfront Park in Billings on March 29. The park is one of many projects in Yellowstone County with funding from the Land and Water Conservation Fund. 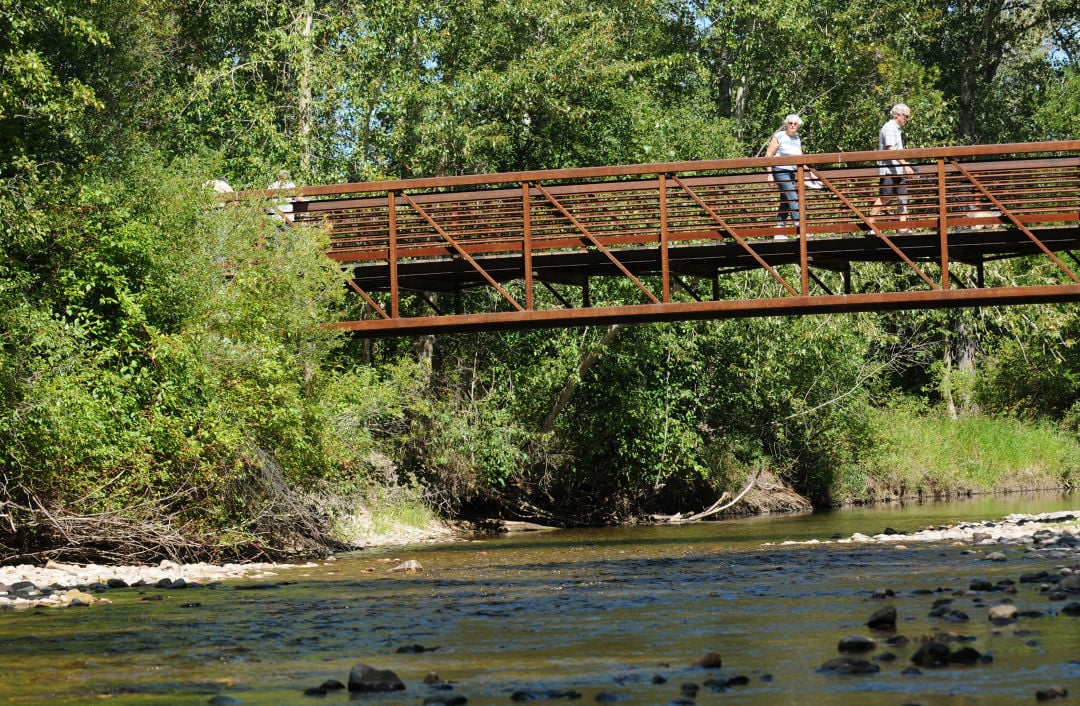 Travelers' Rest State Park was the most recent Missoula County project to receive a boost from the Land and Water Conservation Fund. It received more than $500,000 in 2017.

A fisherman tries his luck on the frozen Spring Meadow Lake at Spring Meadow State Park in 2016. The state park has received grant funding from the Land and Water Conservation Fund. 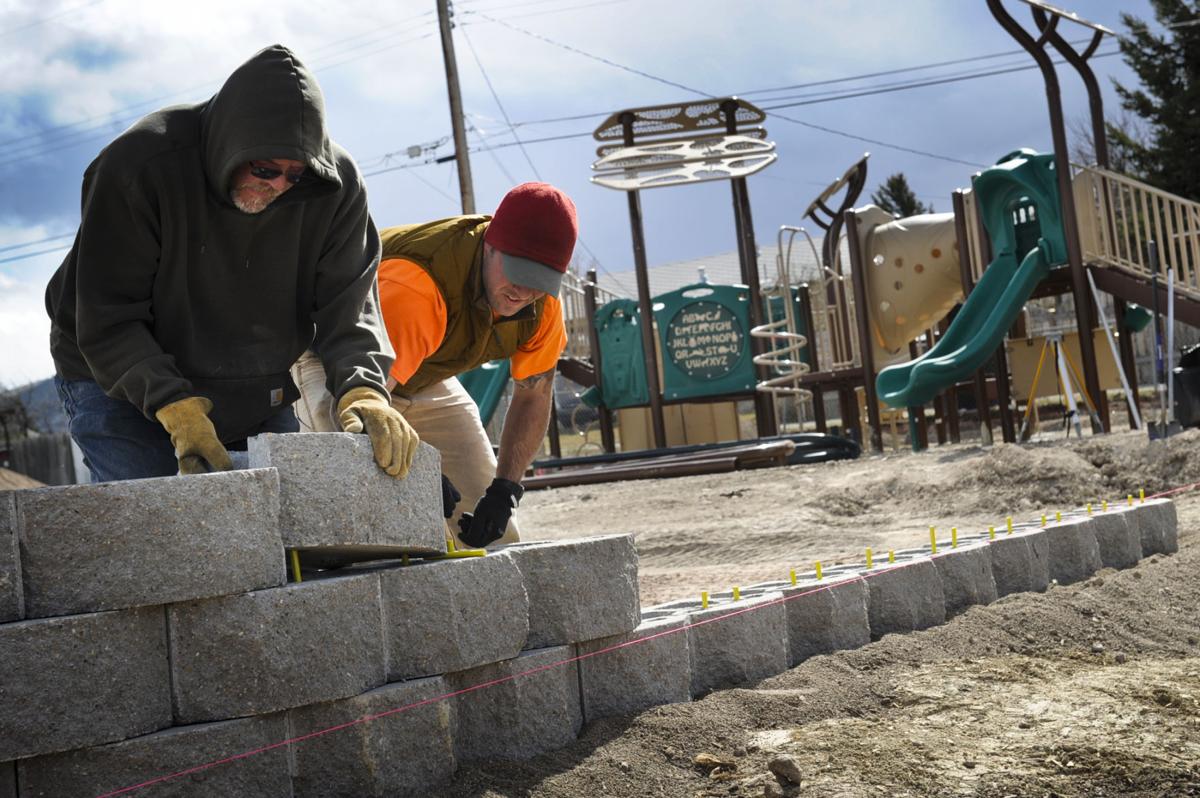 Helena city employees Dean Lofthouse, left, and Jason Browne build a retaining wall in March 2016 during the installation of a new playground at Barney Park. The city received grant funding from the Land and Water Conservation Fund to update the park. 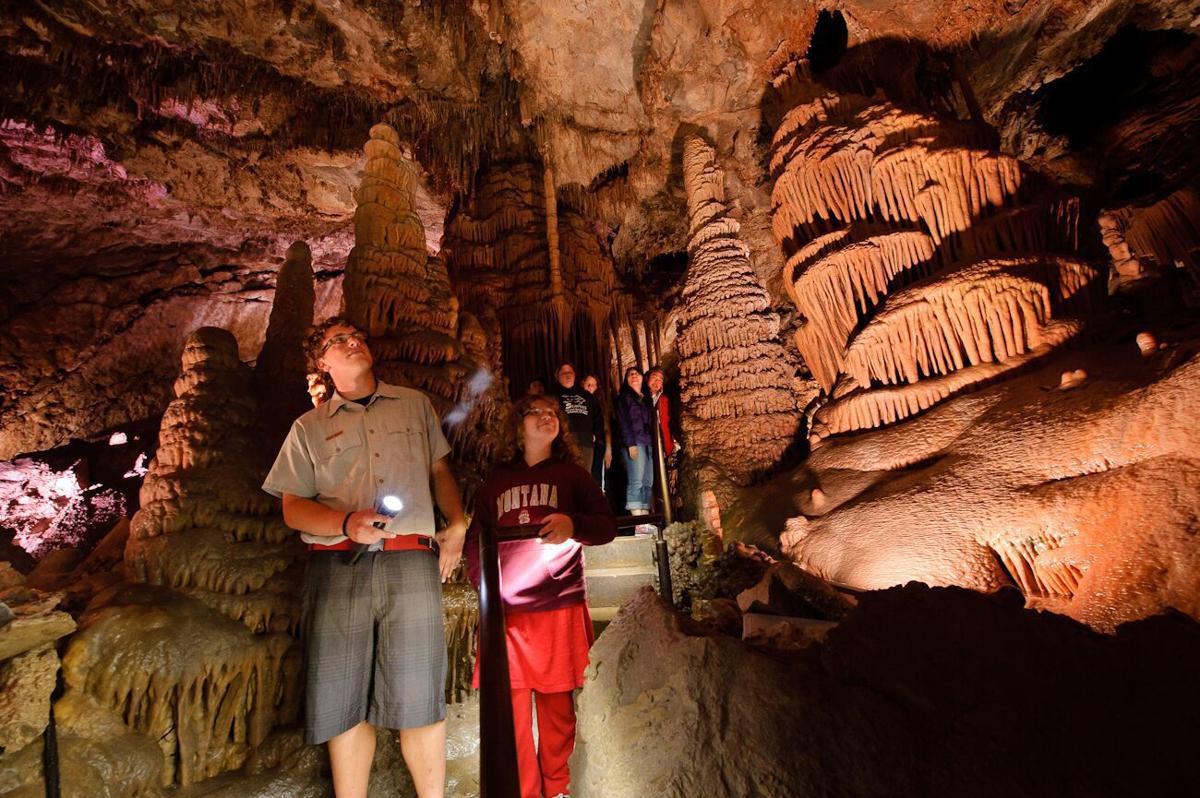 Naturally air conditioned, the limestone caves at Lewis and Clark Caverns State Park are lined with intricate stalactites, stalagmites, columns, and helictites, and are electrically lighted and safe to visit. The state park has received a couple Land and Water Conservation Fund grants in the past. 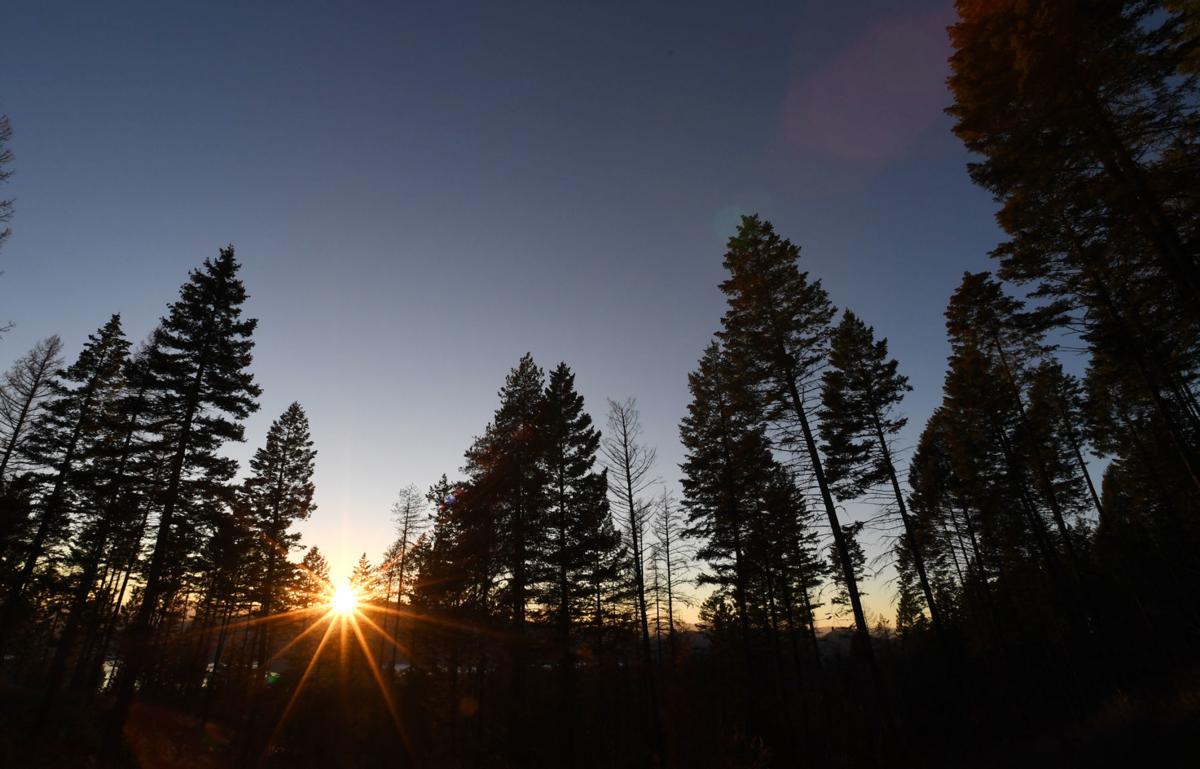 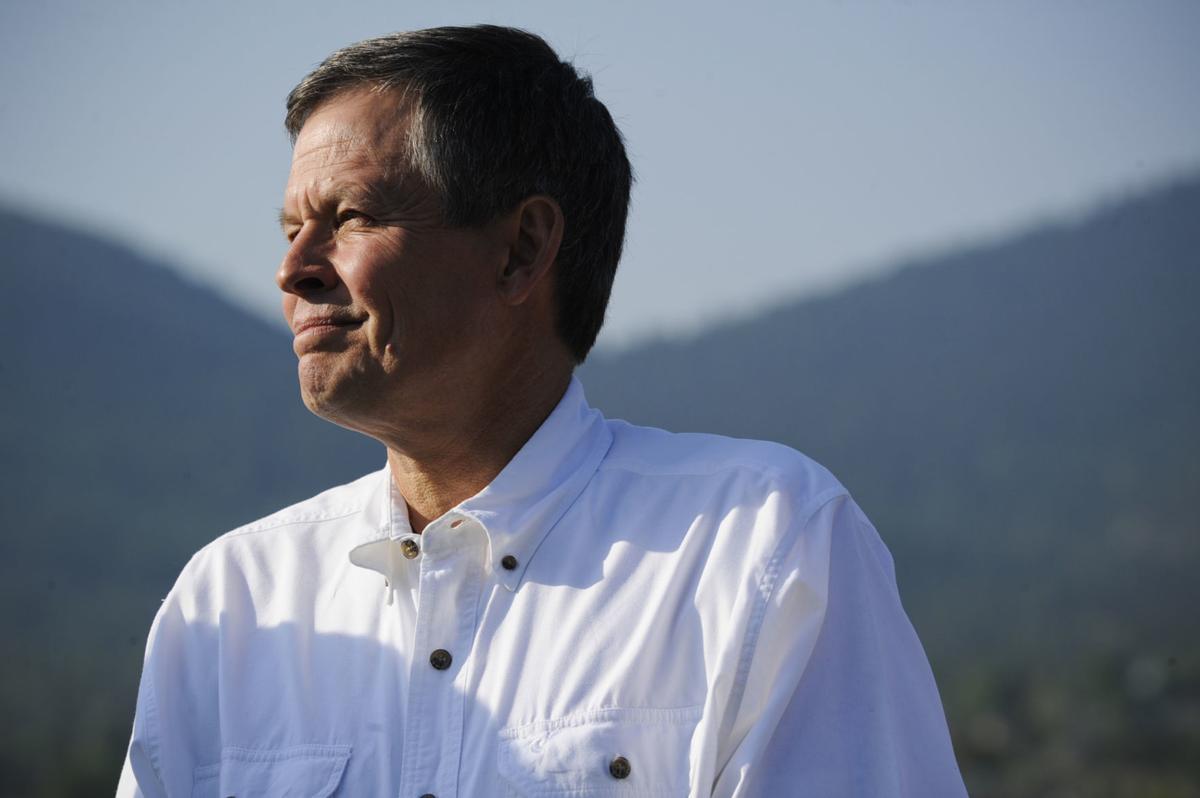 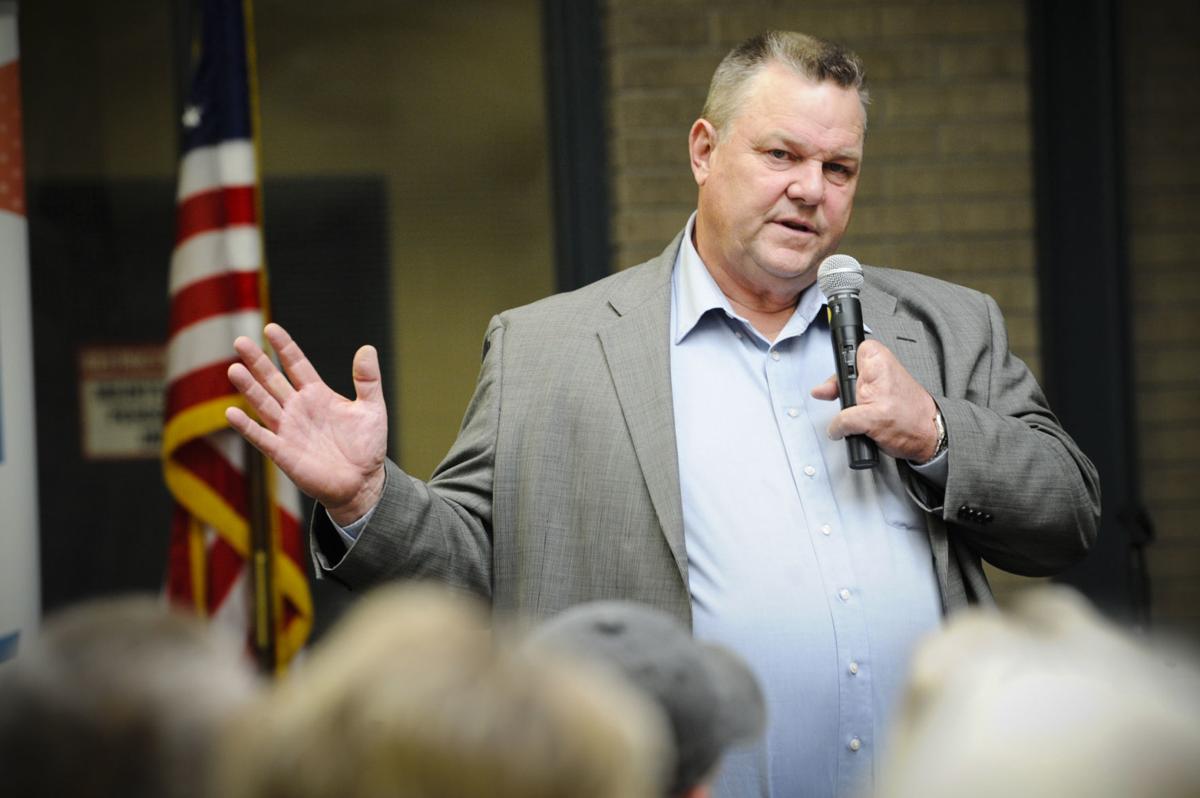