Bears need baths too, but not to wash dirt from between their hairy toes. Instead, taking a dip in a cool pool of water helps the large, furry mammals reduce their body temperature.

“Grizzly bears are big, heat sensitive animals,” said Ryan Long, associate professor of Wildlife Sciences at the University of Idaho. “They need a way to deal with that to go about their business.”

Turns out, a cool dip in a pool of mountain spring water is the perfect solution during hot summer days. As the climate warms, temperature-controlling plunges may be especially important for females with cubs and those that are pregnant. That’s because when pregnant or lactating, female bears generate more heat.

“As long as they have access to cool water, they’re expected to do just fine,” Long said. “Without those bathtubs, they would be in bad shape.”

Long said his colleagues at the Interagency Grizzly Bear Study Team in Montana were most interested in how flexible bears are in overcoming environmental challenges such as warmer temperatures.

“Nobody ever knew why they used these bathtubs. It’s pretty smart on their part,” he said.

Long and graduate student Savannah Rogers recently co-authored research based on their study which used five captive female bears at the Washington State University Bear Research, Education, and Conservation Center to answer their questions. Two of the bears were from Yellowstone National Park.

The work involved a couple of unusual scenarios. One part of the study required shaving a 2-inch square clump of hair off the grizzlies to measure the amount and density of their fur.

“I wouldn’t try to do it while they were awake,” Long joked.

Instead, the animals were anesthetized for their bear haircut, or is that a bearcut?

“Their fur is super dense, that’s why they do so well in the cold,” Long said.

The animals also walked on treadmills to measure their oxygen consumption. Here’s how you get a bear to walk on a treadmill. Charles Robbins, a professor of Biological Sciences at Washington State University, trains them to stay on the treadmill by constantly feeding them honey water.

“It’s the most farcical thing you’ve ever seen,” Long said.

Computer models were then used to predict the potential effects of a changing climate on female grizzlies with cubs versus those without cubs.

The questions surrounding a warmer climate and its effects on bears are many. If pregnant or lactating females get too hot, it could affect the amount of energy they devote to milk production or reproduction. Bears may also become more nocturnal during hotter periods, forcing them to forage and feed when the air temperature is cooler.

Grizzly bears have slow reproductive histories — females don’t reproduce until about 4 to 9 years old, and then only every 2.6 to 5.6 years, and they have small litters. Thus a hotter climate could affect bear populations. If bears need to be near cool water from mid-June to late September, it could affect where they spend time in places like Yellowstone National Park as the climate warms.

However, the scientists noted the most common factor affecting grizzly bear location in Yellowstone is elevation, specifically higher elevations, and distance from roads. Both are areas where there are fewer humans. High country in the summer also contains two important protein-rich food sources: whitebark pine nuts and cutworm moths.

Yellowstone National Park bear biologist Kerry Gunther stumbled onto bear bathtubs about 20 years ago. A bear had dropped its research collar so he went in search of its location. The transceiver guided him to a remote pool. The collar was on the bottom. Looking around the area, it was clear the site was a well-known bear bathing pool based on the number of tracks and trails.

In 2015, National Geographic magazine published photos and video of grizzly and black bears using the same pool in the Yellowstone backcountry. The images were taken using high-resolution camera traps.

“Bears came to the pool, soaked, bathed, and cooled off,” Gunther wrote in a “Yellowstone Science” article. “Females brought their cubs to play at the pool. Even adult bears were observed playing with sticks pulled up from the bottom of the pool. Interestingly, bears also scent-marked along the edge of the pool, rubbing their necks and cheeks on the ground and lush grasses surrounding the pool.

“Since discovering the bear bathtub, several other collars have been retrieved from small, cold ponds. The park likely has many such places visited by bears to bathe, soak, play and scent mark.”

In a 2010 study conducted in the Bitteroot Valley, researcher Michael Sawaya found black bears using puddles and pools, as well. “Bear use steadily increased over summer, peaking in late summer when ambient temperatures were high and fat layers were thick,” he wrote.

Long and Rogers published their bear bathtub findings in “Functional Ecology,” a journal of the British Ecological Society. The work included the help of researchers from Washington State University, the University of Wisconsin-Madison and U.S. Geological Survey.

Roads in Yellowstone National Park will begin to close to oversnow travel on March 7 to allow spring plowing to begin.

thanks to the work of E. Richard “Dick” Vincent, today Montana and many western states boast healthier and self-sustaining populations of trout.

The men spent two nights in the mountains with no shelter and were suffering from hypothermia when rescuers found them.

Bill would require 4 landowners on expanded Fish and Wildlife Commission

The Montana Fish and Wildlife Commission should be expanded from five to seven members with four of the governor appointees required to be landowners working in agriculture, said Sen. Mike Lang, R-Malta, on Thursday.

Beginning on March 24, visitors will be able to make advance reservations at three additional campgrounds in Yellowstone National Park.

After losing a court case in January, the National Park Service on Monday announced new “interim guidance” for commercial filming in parks. However, since the lawsuit didn’t address still photography, those regulations will stay the same.

Caldera chronicles: What did Yellowstone look like before the hot spot?

We know Yellowstone today as the site of a huge caldera that erupted 631,000 years ago and covered the region in a thick layer of ash. But what was present before the caldera?

In response to public concerns, the Custer Gallatin National Forest has modified its South Plateau logging project west of Yellowstone National Park in an attempt to increase "grizzly bear secure habitat by 1,000 acres."

The nearly 44-inch lake trout was caught on the Wyoming side of Flaming Gorge. 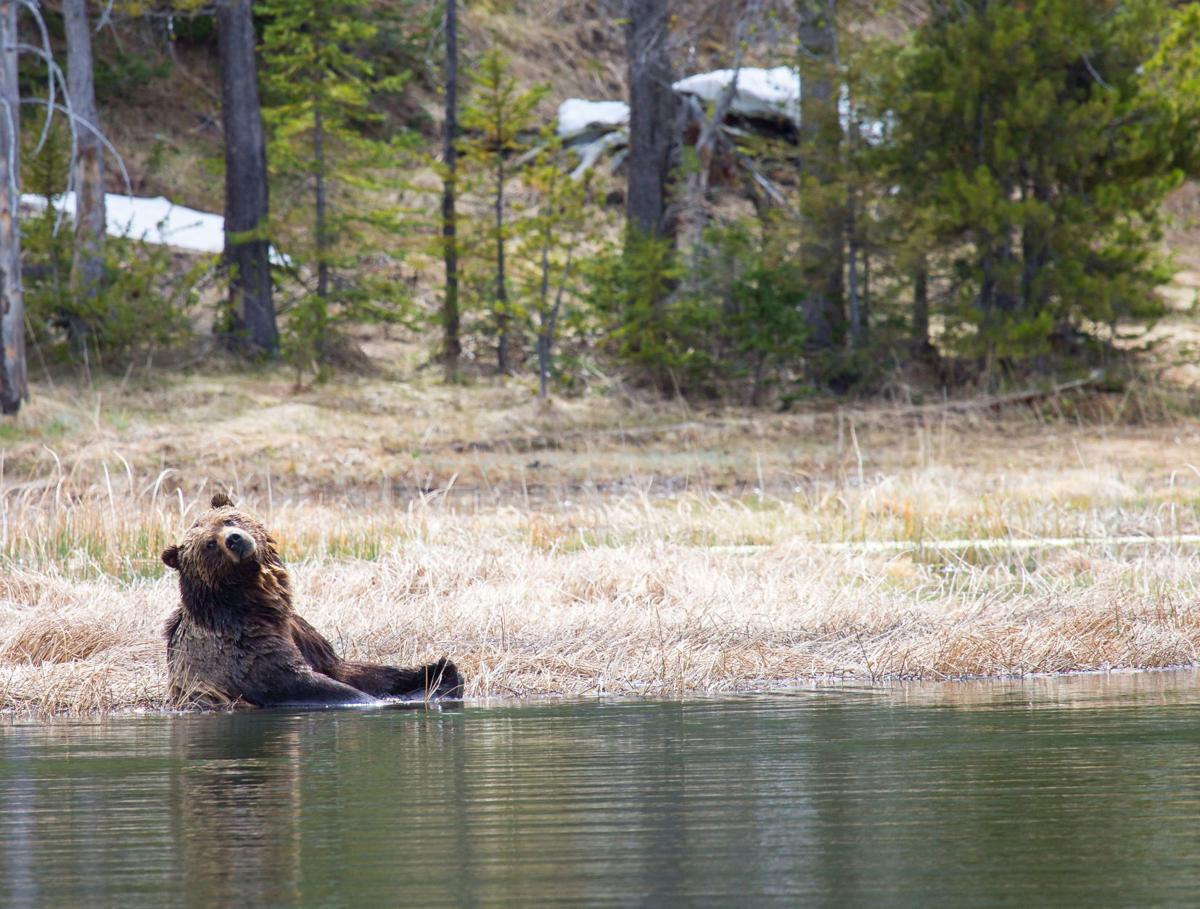 Grizzly bears in Yellowstone National Park are using pools to stay cool during warmer days that can extend from June until September. The bears' ability to regulate their temperature despite heavy fur was recently studied by the University of Idaho. 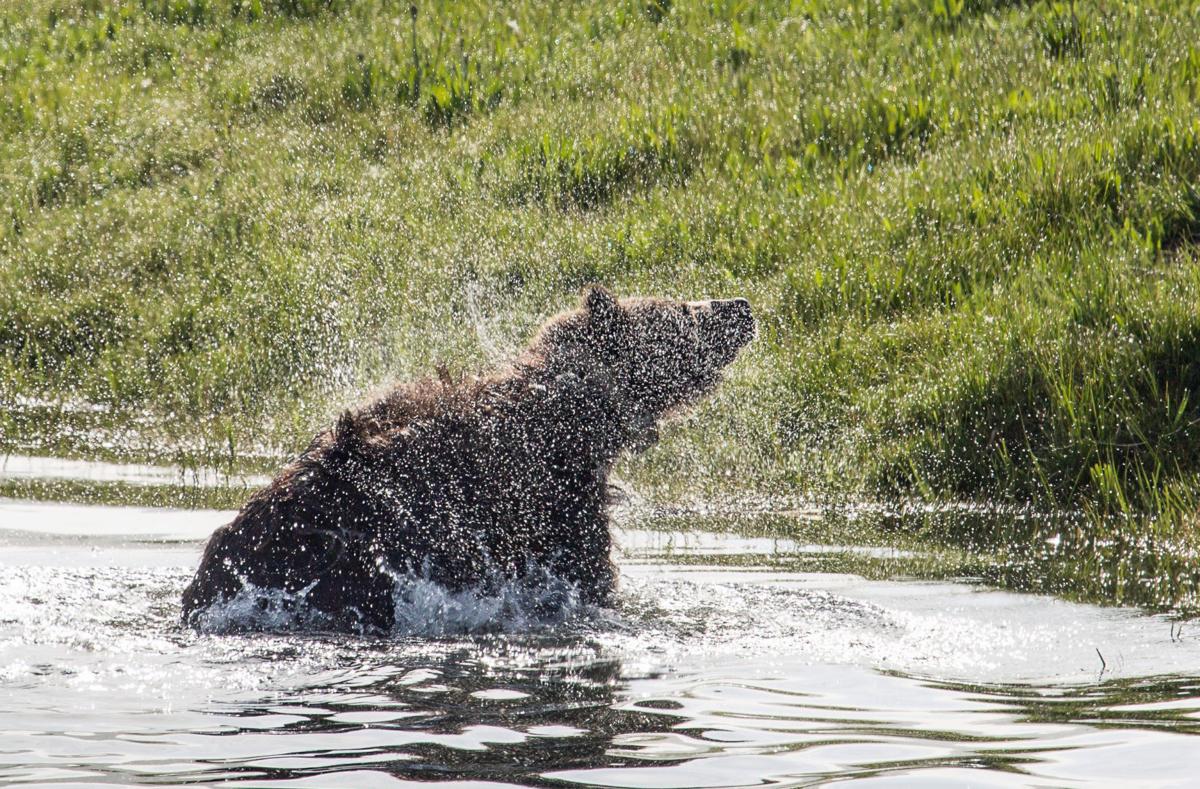 Grizzly bears gain build up fat reserves in the summer that can make them uncomfortable on warm days. A dip in some cool water can help alleviate the discomfort. 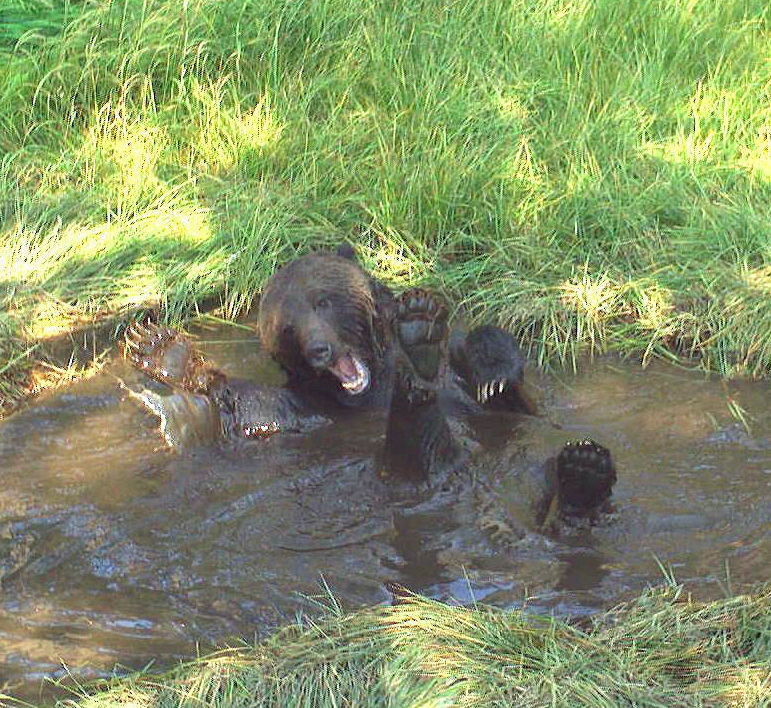 Small, remote bear bathtubs are found around Yellowstone National Park. They are well used by grizzlies and black bears. 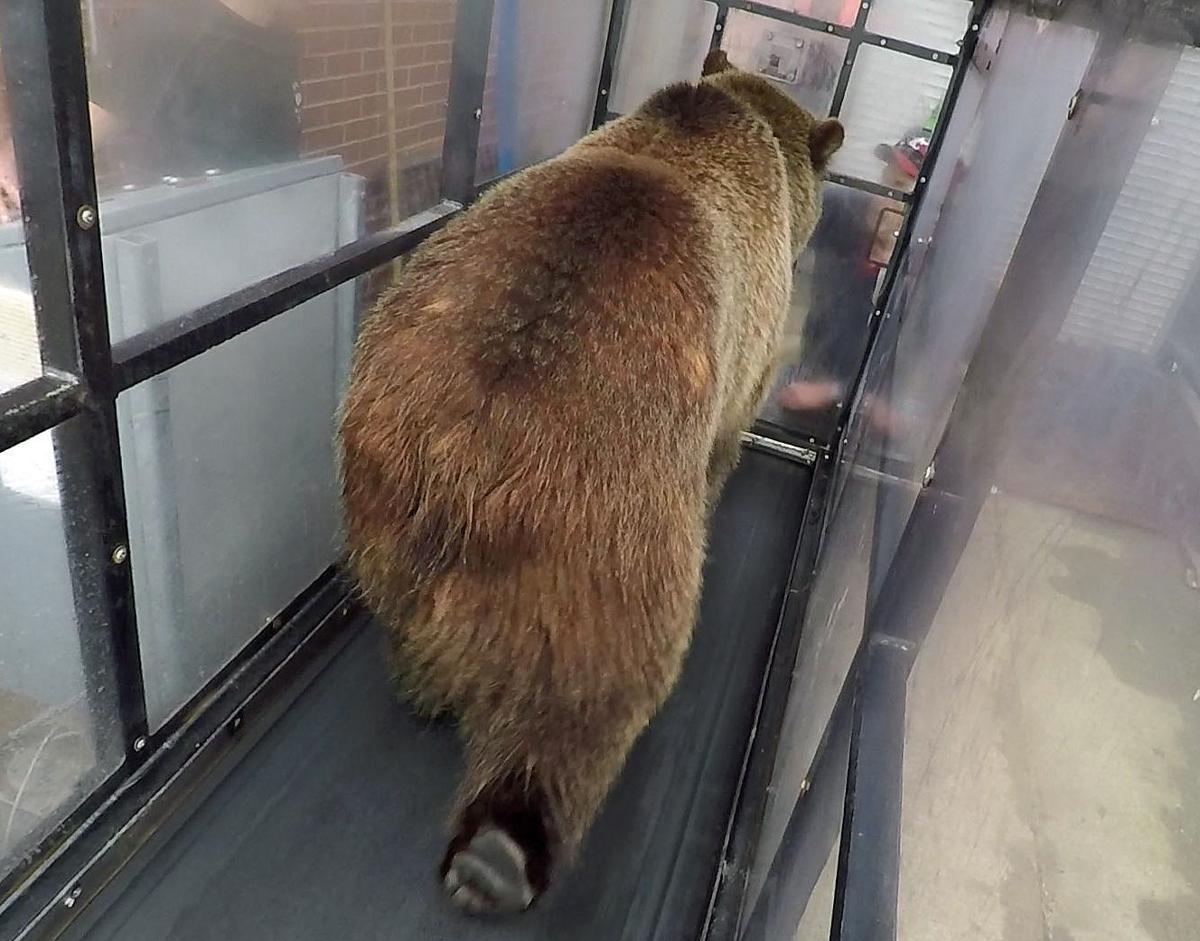 A grizzly bear walks on a Washington State University treadmill specially designed to gather information about the animal's energy expenditure.