Yellowstone Caldera Chronicles is a weekly column written by scientists and collaborators of the Yellowstone Volcano Observatory. This week's contribution is from Laura Blackstone, Yellowstone Geology Program guest scientist, and Jefferson Hungerford, park geologist at the Yellowstone Center for Resources.

Many people understand that Yellowstone National Park is unique because it hosts more than half of Earth's geysers, mudpots and thermal springs. The park is also unique because it contains rock formations that span more than half the Earth's 4.6-billion-year lifespan. These rock formations tell stories of the sinking, pulling, contracting and twisting of an ever-changing landscape.

In the Paleozoic era (542 to 251 million years ago), sea levels rose and fell while the Yellowstone area was close to the equator, due to the ever-shifting nature of Earth's tectonic plates. Layers of limestone, shale and sandstone record periods of deposition in shallow marine environments, like the present day Bahamas and U.S. East Coast. These rocks can be seen in the mountains of the Gallatin Range on the western border of the park.

During the Mesozoic era (251 to 66 million years ago), the North American continental plate gradually moved from the equator to approximately where it is now. At the beginning of the Mesozoic era, a subduction zone was present along the West Coast of North America as two tectonic plates collided and one dove beneath the other. The compression on the North American Plate and melting that resulted from this subduction resulted in volcanism like we see in the Cascade Range today and the pushing up of mountains to the west of the Yellowstone region. During the early to middle parts of the Mesozoic era, the Yellowstone region reverted back and forth between a coastal plain and a shallow sea.

Over time, the compression of the North American plate pushed the mountain building farther east toward the Yellowstone region. The sedimentary rock layers throughout western North America began faulting and folding in what geologists call the Sevier orogeny (orogeny is a term meaning mountain building from the compression of Earth's crust), which lasted from about 140 to 50 million years ago. Much of what you see in the Rocky Mountains, which includes the Gallatin Range in the northwestern part of the park, is a result of this mountain building.

Late in the Mesozoic era, sea levels rose again and the Yellowstone region became part of a shallow sea at the foot of the mountains to the west. This sea covered the Great Plains of North America and ran all the way from Alaska to the Gulf of Mexico. Shallow marine sediments deposited in this sea are exposed in the cliffs and slopes of Mount Everts, visible from Mammoth.

Even before the end of the Sevier orogeny, another sequence of mountain building occurred in the region. The Laramide orogeny (80-45 million years ago) not only deformed sedimentary rocks near the surface, but also reached deep into Precambrian (older than 541 million years), bringing these rocks up to the surface along faults. These basement rocks are 2.7 billion years old and very resistant to erosion; you can see them in the steep walls of Lamar Canyon near Lamar Valley. Yellowstone during this time might have looked like the Andes mountain range.

Early in the Cenozoic Era (66 million years ago to present), things started heating up with the inception of the Absaroka volcanic field in the Yellowstone region. This volcanic activity was similar to what we see today in the Cascade Range of Washington, Oregon, and northern California. Massive flows of ash, mud, and debris buried trees, which became petrified wood. Some of these deposits are preserved in the northern part of the park — for example, petrified forests found on Specimen Ridge.

More recently (starting 16.5 million years ago), a plume of hot material sourced deep within the Earth created a hotspot that migrated to Yellowstone due to plate movement, forming the volcanic system we know today and that encompasses most of the national park.

Yellowstone isn't always a land of fire, but also experienced two recent periods (about 150,000–130,000 and 22,000–13,000 years ago) of glaciation that reshaped and carved much of the mountains and valleys into their current forms, and that also left mounds of gravel and dropped boulders in odd places as the ice melted. One place to see these deposits is in Hayden Valley, but evidence of glaciation can be found all over the Greater Yellowstone Area.

Yellowstone's youngest rocks are formed by hydrothermal activity. Hydrothermal waters transformed hard lava flows into colorful clays that erode easily and form the dramatic walls of the Grand Canyon of the Yellowstone. At Mammoth Hot Springs warm water springs deposit travertine that forms terraces. In the geyser basins boiling water and hot steam erupt from underground pipe-like systems and deposit the silica-rich sinter that form the cones of our favorite geysers, like Old Faithful.

So the next time you visit Yellowstone remember that the big volcanic explosions are just one part of a long and complex geologic history — a history that is recorded by rocks that are exposed across the landscape, spans eons, and tell an amazing story.

Outdoor recreation is exempt from Montana's stay-home order, but don't go too far

What recreationists need to know about COVID-19-related change at Montana's public land-management agencies.

Yellowstone Caldera Chronicles is a weekly column written by scientists and collaborators of the Yellowstone Volcano Observatory. This week's contribution is from Dakota Churchill, physical scientist with the U.S. Geological Survey. 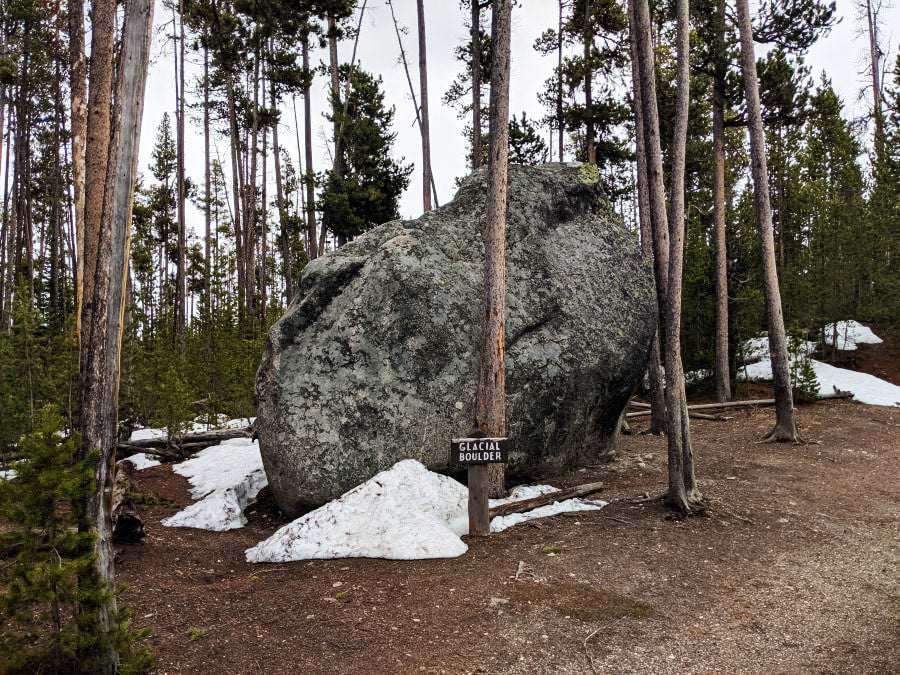 This huge boulder was dropped by a retreating glacier on the north rim of the Grand Canyon of the Yellowstone in Yellowstone National Park, a testament to Yellowstone's icy past. 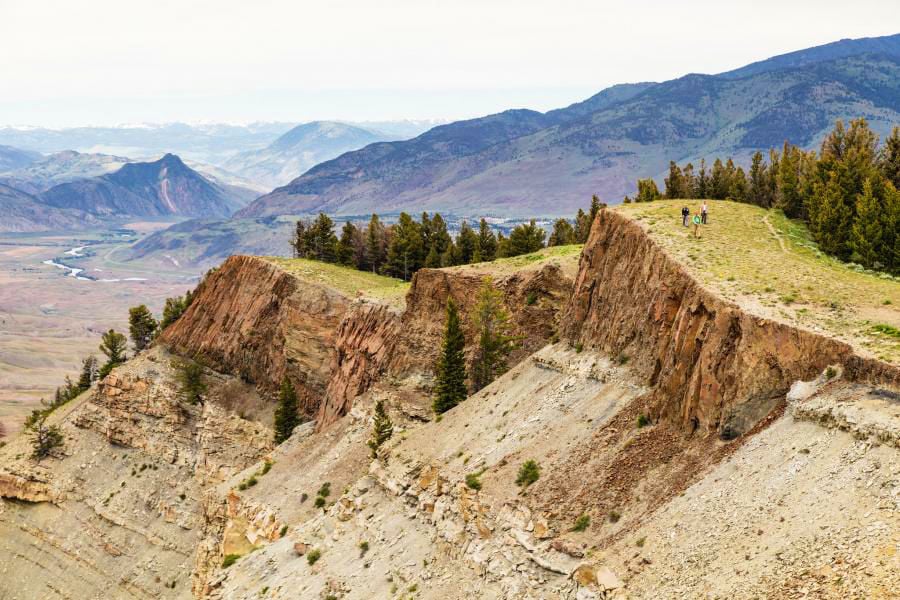 On Mount Everts, shallow-sea sedimentary rocks from the Cretaceous period are overlain by the Huckleberry Ridge Tuff volcanic deposit from the first caldera-forming eruption of the Yellowstone hotspot 2.1 million years ago.