The Pryor Mountains may be best known for its wild horse herd, but the range 70 miles south of Billings is becoming increasingly popular for motorized recreation.

To oversee ATVers and four-wheelers on more than 80,000 acres of land in the Pryors, the Bureau of Land Management has released a modified travel plan. The plan follows some public outcry last year after the agency failed to publicize the release of its Pryor Mountain travel plan.

The agency’s Billings Field Office is taking comment on the environmental assessment for the plan through Dec. 14. The BLM’s chosen alternative “emphasizes multiple-use management by protecting sensitive resources, while providing recreation and travel opportunities,” according to the EA.

In 2018 more than 17,400 people visited the Pryors, which also includes lands managed by the Custer Gallatin National Forest and Bighorn Canyon National Recreation Area. The area is popular for a variety of activities, including “hiking, camping, picnicking, fishing, caving, OHV riding, hunting, target shooting, and wild horse, wildlife and landscape viewing,” according to the BLM.

The majority of the roads on BLM land in the Pryors were built by ranchers and miners, so many of the routes are steep, rocky and poorly designed. This summer, a grant provided funding to upgrade 35 miles of BLM roads by building runoff diversions and filling in deep ruts.

Under the environmental assessment one of the worst roads, Red Pryor, is proposed for rerouting to lessen erosion problems on about 2.5 miles. Elsewhere, almost two miles of Stockman Trail is planned to be moved west to stay on BLM land. Currently, the beginning of the route crosses private land. Both roads would remain open to motorized use and connect to Forest Service roads providing loop routes.

Altogether, there are 243 miles of road on BLM lands in the Pryors, 112 of which would remain open to motorized users. Fifty-four are closed to motorized recreation and another 64 miles are limited to administrative use.

For hikers, the Demijohn Loop Extension Route and Sykes Arch Route were public proposals adopted by the BLM. The proposed Demijohn Loop would add a 4.3 mile segment to tie in with an existing route. Sykes Arch would climb from Bighorn Canyon National Recreation Area for about two miles.

Almost 16 miles of existing roads would be designated for nonmotorized use only.

The BLM’s decision to allow electric bicycles on trails in the Pryors is what raised a red flag for the Montana Wilderness Association last year. Under the current EA, the BLM is proposing to allow the bikes — along with hiking and horse use — on trails on Red Pryor Mountain. Eventually, a trail system would be designed, the EA said.

“BLM would work in cooperation with partner organizations or other interested parties to plan and design a trail system that incorporates existing routes, but may also include developing connections between existing routes,” the document stated. “Coordination with the State Lands Department of Natural Resources and Conservation (DNRC) would provide critical connections on existing trails across a state-owned section. The trail system would be designed with bicycling (including e-bikes) in mind and would be analyzed in a separate environmental assessment.”

E-bike use would also be allowed on the Horse Haven Trail, which is less than a half-mile long but connects to other routes. The mile-long Water Canyon Trail would also allow e-bike use.

More information, relevant documents and a venue for submitting comments are available on the BLM e-Planning project website at https://eplanning.blm.gov. Search using the NEPA number: DOI-BLM-MT-C010-2019-0029-EA.

A virtual public meeting is set for Dec. 2, from 5:30 to 7 p.m. via Zoom. Preregistration is required on the BLM’s e-Planning website.

The BLM’s travel plan comes in the wake of a similar document for the Forest Service on its Pryor Mountains acreage. That plan was completed in 2008 but wasn’t implemented until 2014 due to a lawsuit filed by the Pryors Coalition. The conservation group sought to cut the 124 miles of roads open to motorized use. The 9th U.S. Circuit Court of Appeals rejected the group’s arguments.

Last year the Montana Wilderness Association protested when the BLM proposed allowing electric bicycle use on trails in the Pryor Mountains.

“Montanans made it clear that the agency needs to respect the law and the diverse ecological, cultural, and recreational values of the Pryors during its planning processes, and make site-specific decisions about how it manages these vital places,” said Bertram, of the Montana Wilderness Association. “MWA is continuing to carefully review the new environmental assessment, and we look forward to working with the BLM to secure a wild and sustainable future for the Pryors.”

Out of the 80,000 acres it manages in the Pryor Mountains, more than 21,800 are protected as Wilderness Study Areas. There are also Areas of Critical Environmental Concern, or ACECs, overseen by the BLM in the mountains to protect scenic, geologic, cultural, paleontological and biological values. They include Petroglyph Canyon ACEC (239 acres); the East Pryor Mountain ACEC (11,040 acres); and the Pryor Foothills ACEC (2,607 acres).

A band of about 80 bighorn sheep roams the mountain range, which is also home to black bears, mule deer and sage grouse. Almost a third of BLM’s travel management area is identified as a Priority Habitat Management Area for the threatened sage grouse.

The travel management does not affect BLM’s management of the Pryor wild horses. That decision was made in the agency’s 2015 Resource Management Plan for the area.

While recreationists view the Pryor Mountains as a playground, members of the Crow Tribe see them as sacred ground.

Known as the Arrow Shot Into Rock Mountains, the Pryors contain fasting and burial sites, as well as evidence of prehistoric use such as tepee rings, hearths, rock shelters, stone quarries, game drive sites and seven petroglyph and pictograph locations.

One rock art site was created to recognize the birth of a child named “the snake that jumps,” Veronica Spotted Bear told the BLM. Demijohn Flats was a popular campsite for the Crow because it was easy to keep the horses from running away, she said.

“So overall that whole mountain is sacred for us,” Crow historian Burton Pretty On Top told Mark Edwards for a 2014 video.

Cabin owners around Tepee Lake in northwestern Montana have petitioned the Fish and Wildlife Commission to ban motorized watercraft on the lake.

The Bureau of Land Management has released its travel management plan for the Pryor Mountains. One of the proposals is to move Stockman Trail so it starts on federal land. 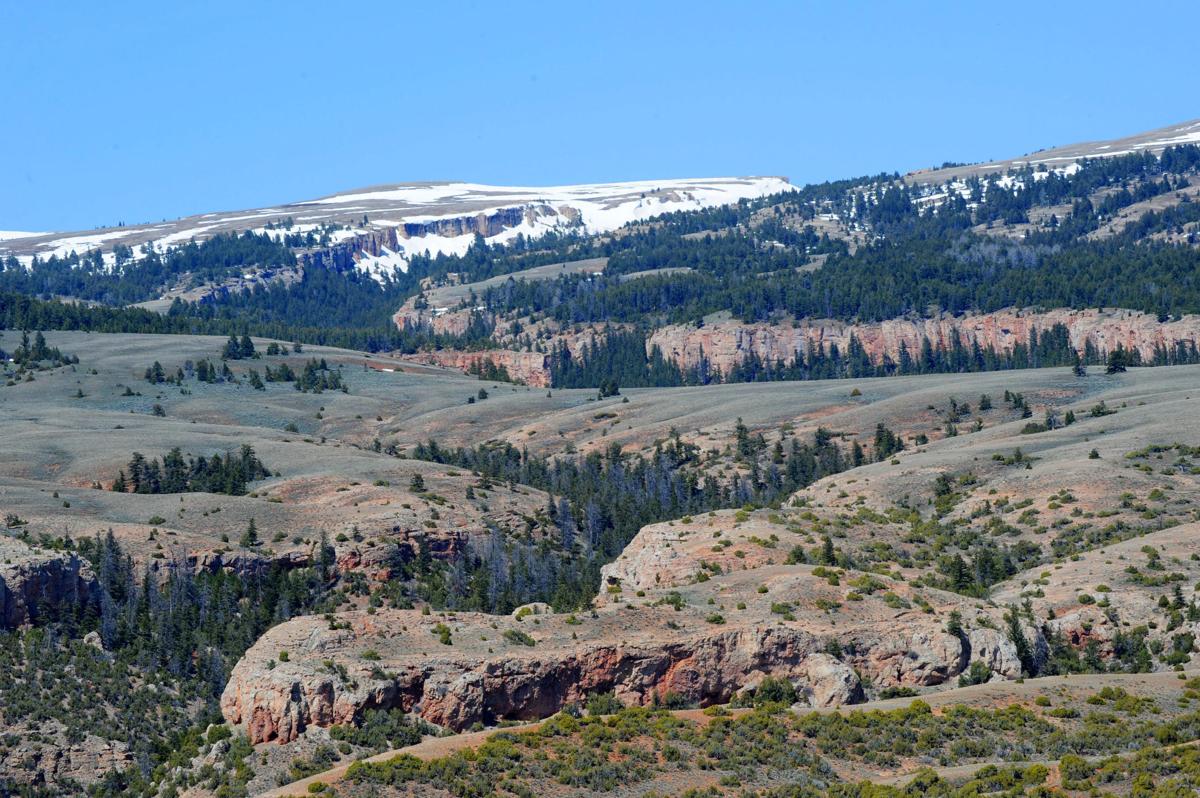