On April 3, Montana lost a wise and deeply decent public servant. Stan Stephens, our state’s 20th governor, passed away at the age of 91.

A native of Calgary, Stan’s father suffered a debilitating illness when Stan was a small boy, leaving Stan’s mother and her five young sons in perilous circumstances. Trained by his musician father, at the age of 7 Stan was able to use his remarkable gift for music to play trumpet solos in the Calgary Symphony, and soon after as the child prodigy player in small ensembles, musical productions, dance bands and jazz bands. Importantly, his talent and wit led him to radio.

After serving in the U.S. Army in the Korean War, Stan became an American citizen and landed a job as a radio broadcaster in Havre. Hard work and his entrepreneurial spirit resulted in his co-ownership of radio station KOJM. Stan emerged as a leader in his community through his insightful and powerful radio commentaries. His expose of a huge scandal in Montana’s worker’s compensation system brought Stan national attention and resulted in his being awarded the Edward R. Murrow Award, considered the “Pulitzer Prize in Broadcasting.”

Stan’s personal philosophy of self-reliance and earning his own way blended into his developing political philosophy, and he began to identify with the Republican Party. In 1968 the people of then heavily Democratic Hill County elected him their state senator.

In the legislature Stan Stephens was a natural leader. He was a staunch conservative and early backer of Ronald Reagan. He built bridges across the political spectrum, making many friends and earning wide respect for his independent judgment. I remember he earned the ire of the veterans’ organizations by effectively speaking against legislation to grant preference in job promotions to veterans. He argued that while veterans should be entitled to a preference in reentering the job force after military service, any preference after that should be earned in fair competition with all employees, on the basis of performance and merit.

He was also a defender of organized labor, including the railroad workers of Havre.

More predictably, Stan was a formidable foe of expanding the powers of government, and an outspoken advocate for the private sector.

With much encouragement, Stan announced his candidacy for governor in 1988. True to his approach to all things, Stan relentlessly traveled the state, with his trademark trumpet, carrying his Reagan Republican message to Montana’s remotest corners. He estimated he traveled over 150,000 miles, “the equivalent of six times around the earth at its circumference,” in delivering his message.

In the end, the work was worth it. Stan triumphed over former Democratic Gov. Tom Judge. But even so, he won with less than 52% of the vote in then strongly competitive Montana.

Stan expected to have a good relationship with the legislature because of his experiences there, but I know he was disappointed. Always a proper, straight-arrow gentleman, Stan was never comfortable, I think, with the bare-knuckled treatment he received from opposition Democrats from the instant he entered office.

Probably because of our long-standing friendship, I was delegated by Republican legislators to offer what we hoped would be useful advice to him. As I entered his office there was no warm grin and happy handshake. He appeared sad and beaten down in a way I’d never seen him. He fixed me in an uncharacteristic hard stare, and in a soft voice, almost a whisper, uttered, “You think this is an easy job, don’t you, Bobby.”

Stress-related health problems led Stan to not seek a second term in 1992. I think he was not sorry to return to private life. He closed the door on politics.

Stan Stephens was a totally principled man of enduring good will. In his retirement in Kalispell, I saw him repeatedly in his remaining 30 years. His radiant smile, his clever comments and his health returned. With Ann and his two daughters and their families, he settled comfortably on his own terms.

He was my good friend. Perhaps, I think, Montanans never fully appreciated the gift of himself Stan Stephens gave to us.

Bob Brown, of Whitefish, is a former Montana secretary of state and state Senate president. He is a retired teacher.

Open carry on campus is not a Second Amendment issue

Concealed weapons on campus? House Bill 102 directly raises that issue. But in spite of arguments to the contrary, this is not a Second Amendm…

An update on legislative accomplishments

Anyone who’s ever seen a circus roll through town can tell you there are a lot of “droppings” to clean up behind the elephants. Montana’s legi…

The primary constitutional duty of the Montana Legislature each session is to pass a balanced two-year state budget. House Bill 2 is the state…

Don’t be fooled by oil and gas industry rhetoric

For decades, oil and gas companies have taken advantage of a broken federal leasing system in an effort to stockpile our nation’s precious pub…

The 67th Legislature was historic and successful

Montana voters spoke clearly last November. They elected Republicans up and down the ticket, giving legislative Republicans a clear mandate to…

Montana is facing a housing crisis.

Carroll College: Not for school but for life

As we move into the 2021/2022 academic year, which we profoundly hope will be a post-pandemic year, I want to emphasize to our community, our …

For over 15 years, we’ve shared this goal: Congress passing the Blackfoot Clearwater Stewardship Act. Thanks to the continued support of U.S. …

I almost fell out of my chair when I heard U.S. Sen. Steve Daines question Interior Secretary Deb Haaland on grizzly bear science. Relying on … 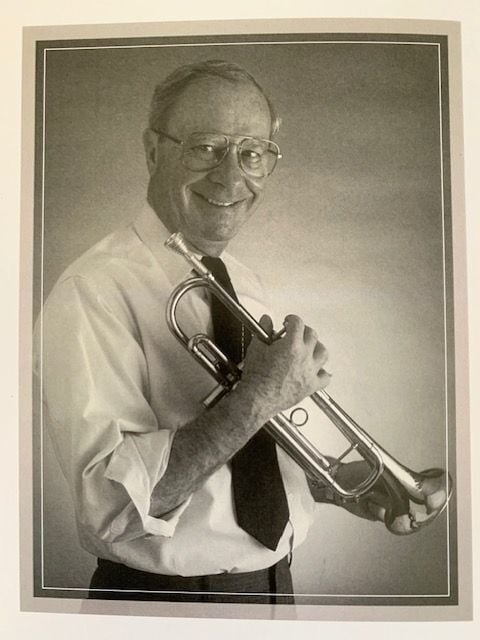 Stan Stephens was able to use his remarkable gift for music to play trumpet solos in the Calgary Symphony.