In America, voters choose who our leaders will be. At least, we used to. In the 2021 legislative session, Montana Republicans flipped that tradition. They chose who their voters would be. Their choice: Montanans most likely to vote for them.

They passed three bills that make it harder for four distinct populations to vote: the disabled, the poor, American Indians, and college students. Of course, they couldn’t say that was their intent…but, frankly, their statements on the floor, in public, and in court remind you of asking your son and his friends why the car you let them take camping smells — well, funny. They can’t get their lines right or their stories straight.

HB 530 was originally a “clean-up” bill, intended merely to update security measures to prevent foreign interference in our elections. It sailed through the House, but mysteriously languished in the Senate. It was having a makeover.

Earlier in the session, the Senate had killed a bill prohibiting paid ballot collection after election clerks and tribal members complained mightily of the burdens such a ban would impose. But in the flurry of activity two days before the legislature left town, Republican leadership snuck the same concept into HB 530 as a floor amendment.

Floor amendments don’t allow for public comment, so senators were spared the vehement objections to the original bill. The new, “improved” HB 530 passed the Senate on a party-line vote. Wearily, the House sponsor saddled up what had become a Trojan horse and rode it back to the House. Despite her incoherent defense of the makeover, the bill passed, slashing what Montana’s Native Americans describe as their “lifeline” to the ballot box.

Next: Election Day Registration (EDR). One story alone justifies EDR. On Election Eve 2017, a Montana candidate for Congress assaulted a reporter and then lied about it. Maybe you hadn’t cared much about that election — or any election — until then. But if you wanted to register the next day and cast your vote to keep someone with those character issues out of Congress, you could.

Not now. HB 176 eliminated EDR even though Montanans voted to keep it in 2014. Yes, election eve surprises are rare, but election day registration isn’t. Since 2008 7% of all registered voters in Montana, nearly 1/3 of those young voters, have used it. It’s never been associated with fraud.

For the trifecta: HB 169, revising Montana’s voter ID requirements. After 36 years running Rosebud County elections, Rep. Geraldine Custer saw weaknesses in the original bill. For a month she worked with the governor’s office, the Secretary of State, the bill’s sponsor and her party’s leadership to make HB 169 “the best ID law in the land.”

She finally got consensus. But in the 11th hour, the Speaker of the House himself rose to amend HB 169 from the floor. The amendment? Eliminating student IDs as a primary source of identification.

Speaker Galt took the silver spoon out of his mouth long enough to explain: “If you’re a college student and you don’t have a registration, bank statement, or a W-2, I kind of wonder why you’re voting.” Sheesh.

While her Rosebud County “colleague” openly ridiculed her from behind, Custer took her last stand. It’s discriminatory, she warned. It’s going to be challenged. “We’re going to spend hard-earned Montana taxpayer dollars to line the pockets of attorneys.”

Her majority leader rose to scold her for over-reacting. “You lost me at ‘lining their pockets,’” she told Custer. The legislature has allocated $1.3 million to pay a private law firm to defend against challenges to these three bills. Not to over-react, but that’s a lot of pocket-liner.

The solution isn’t in court, critics say. If you don’t like what these legislators did, “throw the bums out.” There’s the rub. The Montanans most likely to do the tossing have been tossed themselves.

Mary Sheehy Moe is a retired educator and former state senator, school board trustee, and city commissioner from Great Falls. Now living in Missoula, she writes a weekly column for the Lee Newspapers.

Johh Mues: Storing of classified information wrong on all levels

Whether or not one is supportive of former President Trump, one shouldn’t be confused about whether his storing of highly classified information at Mar-a-Lago was wrong. It was, on several levels.

Gustafson over Brown is as easy and obvious a choice as I can remember.

The only reason you’re not rich is you’re lazy. My mother told me that. She didn’t buy my moaning about low pay in the state bureaucracy.

Innovation in public policy has always started at the state level. For example, voting rights for women and minorities were state reforms befo…

Earth is the “Goldilocks planet” — not too hot (like Venus), not too cold (like Mars), but just right for the development of life.

Guest view: Working to get your money back to you

Over the last two years, the state of Montana has over collected $1.6 billion in unanticipated, unexpected and unappropriated money from you, the Montana taxpayer.

U.S. Sen. Lindsey Graham, R-S.C., has proposed a national U.S. abortion ban barring the procedure after 15 weeks. This push to restrict abortion access across the country follows a rash of new state laws passed by Republicans after the Supreme Court overturned Roe v. Wade in June.

Over the past several decades, Americans have changed the way they see predators. Once treated as pests, wolves and bears are now conserved as part of the natural landscape. 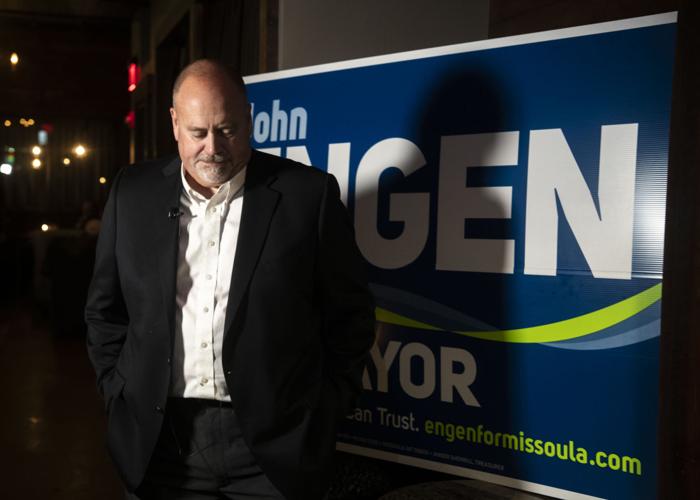 Mayor John Engen speaks to the media at his watch party at Rumour in Missoula on Nov. 2, 2021. 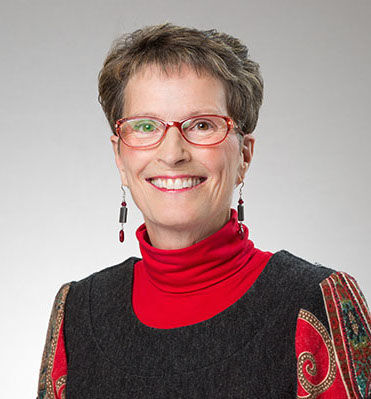