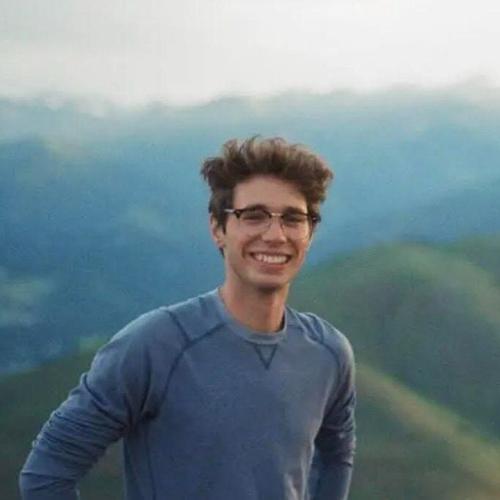 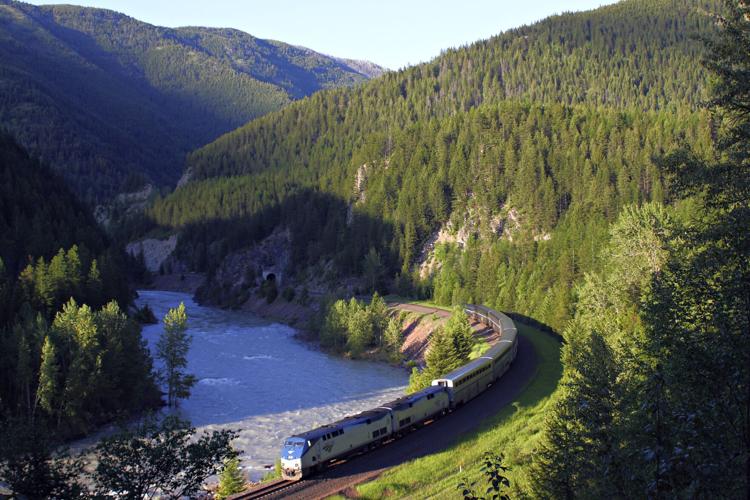 Amtrak's Empire Builder, shown here making its way along the southern boundary of Glacier National Park near West Glacier in 2011.

As many Montanans may know, this state was built on railways. Beginning in 1880 when the tracks first linked us to the rest of the nation, railroads played a key role in transporting livestock, grain and passengers from the West Coast to the Atlantic. Although the second half of the 20th century into the beginning of the 21st has been a difficult time for passenger rail travel, I believe it is key to strengthening our state as we look to support a growing population.

For 100 years the major population centers of Montana were connected by passenger trains until service was cut in 1979. I can imagine the excitement of watching the "North Coast Hiawatha" pull into the local station. Before the cancellation of passenger service, Missoula, Butte, Bozeman and Billings had a train running through them three times per week. According to then Secretary of Transport Brock Adams, the route was on the chopping block because it was not able to recover its operating costs. Despite numerous fearsome attempts to protect the line, the last blow was finally struck.

After more than 40 years many Montanans are looking back on that fateful decision with confusion and regret. Of any route which wandered through Montana, why would we cut the one which passed through four of our biggest towns? Amtrak, with the help of growing ridership and a refortified budget, seems to have halted its retreat and is looking to regain lost ground. Composed of 19 counties, three Native American tribes and broad public interest, the Big Sky Passenger Rail Authority (BSPRA) was formed in 2020 to enhance and expand rail travel in Montana.

In a report compiled by the Rail Passengers Association, the largest passenger rail advocacy group in the United States, in 2021, the benefits of restoring coverage to the North Coast Hiawatha would outweigh the costs by a significant margin. Per their estimate, the service would inject an additional $271 million annually into the seven states along its route. In Montana alone, the annual contribution would be $44 million. What’s more, ticket purchases would offset estimated operation costs by 66%, giving us even more bang for our buck. When considering that the annual operations expenditure of $21 million would lead to the regional inflow of $271 million each year, this price tag would not be a sore spot for long.

We can talk about the financial figures all day, but where the true benefits lie is in what this project would do for Montanans on an everyday basis. The resumption of passenger rail could provide transport for 29,000 Montanans who currently have no means to travel. For those without a car, passenger rail could be their only way to visit out-of-town family and friends. The highways of Montana are among the deadliest in the United States; with the presence of a passenger rail route offering an alternative to highway travel, many anxious families seeing their children and loved ones off wouldn’t have to worry nearly as much about bad weather conditions, deer running onto the road, or reckless drivers.

Beyond the extra service it would provide, there is also a certain sense of wonder that comes along with taking the train that is hard to describe. Rather than having to keep a focused eye while driving down I-90, you could instead buy a cup of coffee and read, watch a movie, or take a nap: the choice would be yours.

In recent years we have been reminded that Montana does not lie too far off the beaten path, and our state’s cities have begun to show it. In order to get ahead of this population growth, it is essential that we as a state begin investing into long-term solutions to existing problems. In Montana, passenger rail development is the perfect combination of old and new, tradition and innovation.

Copeland Burchenal is an environmental studies major from Missoula.

Melinda Reed: System needs to adapt so all can serve

The Montana Legislature lost a member recently. A young woman resigned because, among other reasons, as a college student, the low-paying part…

James C. Nelson: Medical aid in dying and knowing the mind of God

Lawyers and judges understand and respect the rule of law. This simple principle informed the writing and adoption of the federal Constitution…

When we do just a little digging, we discover that seven of the lawmakers have gladly taken almost $5 million in handouts from federal governm…

When Gov. Greg Gianforte announced the formation of a task force in July to identify “short- and long-term recommendations and strategies for …

Amtrak's Empire Builder, shown here making its way along the southern boundary of Glacier National Park near West Glacier in 2011.