A coastal town in north Wales has found a whole new meaning to the phrase herd immunity, after goats were spotted roaming its quiet streets.

Residents spotted herds of goats strolling around Llandudno on Friday and over the weekend, after more than a dozen of the animals ventured down from the Great Orme headland and roamed the streets of the coastal town.

They are referred to as Great Orme Kashmiri goats, whose ancestors originated from northern India, according to the town's official website.

"The goats live on the hill overlooking the town. They stay up there, very rarely venturing into the street," he told CNN.

Resident Joanna Stallard spotted the goats in her garden and said they were a regular occurrence.

Mark Richards, from hotel Lansdowne House, told CNN: "They sometimes come to the foot of the Great Orme in March but this year they are all wandering the streets in town as there are no cars or people."

"They are becoming more and more confident with no people," he said, adding that it saves him cutting the hedge.

But local councilor Penny Andow told CNN she has lived in the area for 33 years and has never seen the goats venture from the Great Orme down into the town.

North Wales Police confirmed that they received a call on Saturday about the wild goats.

However, the force said it was "not that unusual in Llandudno."

"We are not aware of officers attending to them as they usually make their own way back," the police said in a statement sent to CNN.

With South Africa in lockdown, lions take it easy

Photos from normally busy Kruger National Park, shut since March 25 as part of South Africa's lockdown, show a pride of lions lounging on a road.

Along the Emirati coastline in recent weeks, exotic rays flocked to Dubai Marina, and large gatherings of dolphins and sharks have been seen. 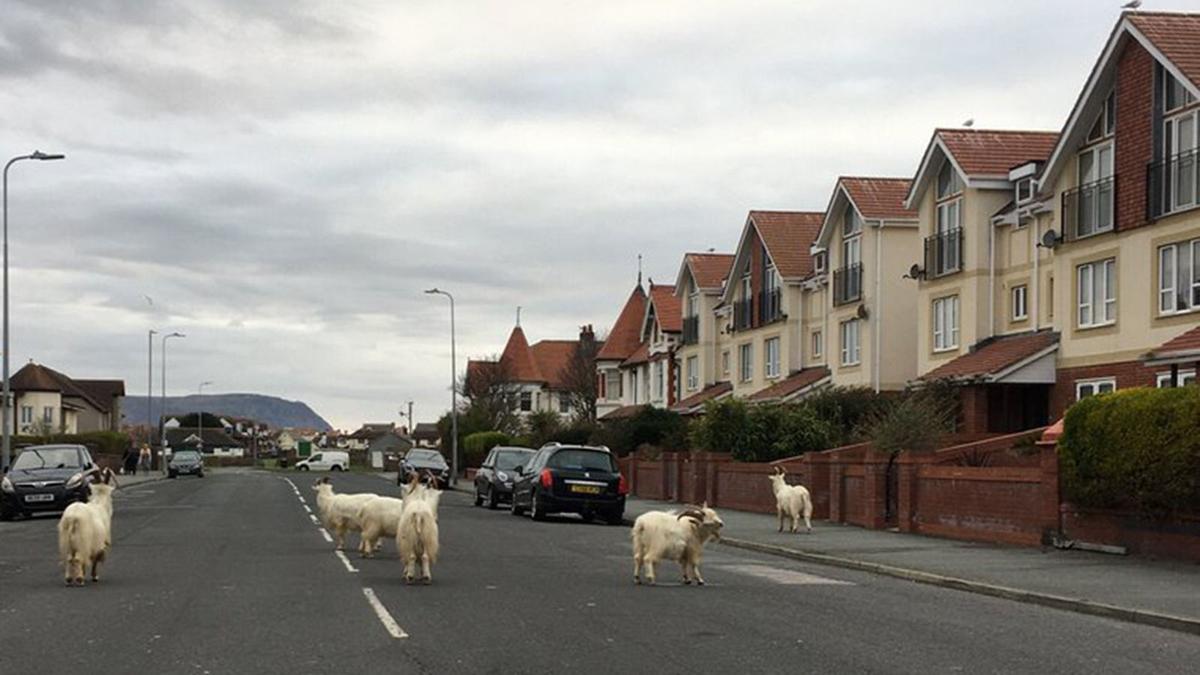 The goats were roaming the street in front of Carl Triggs' car. 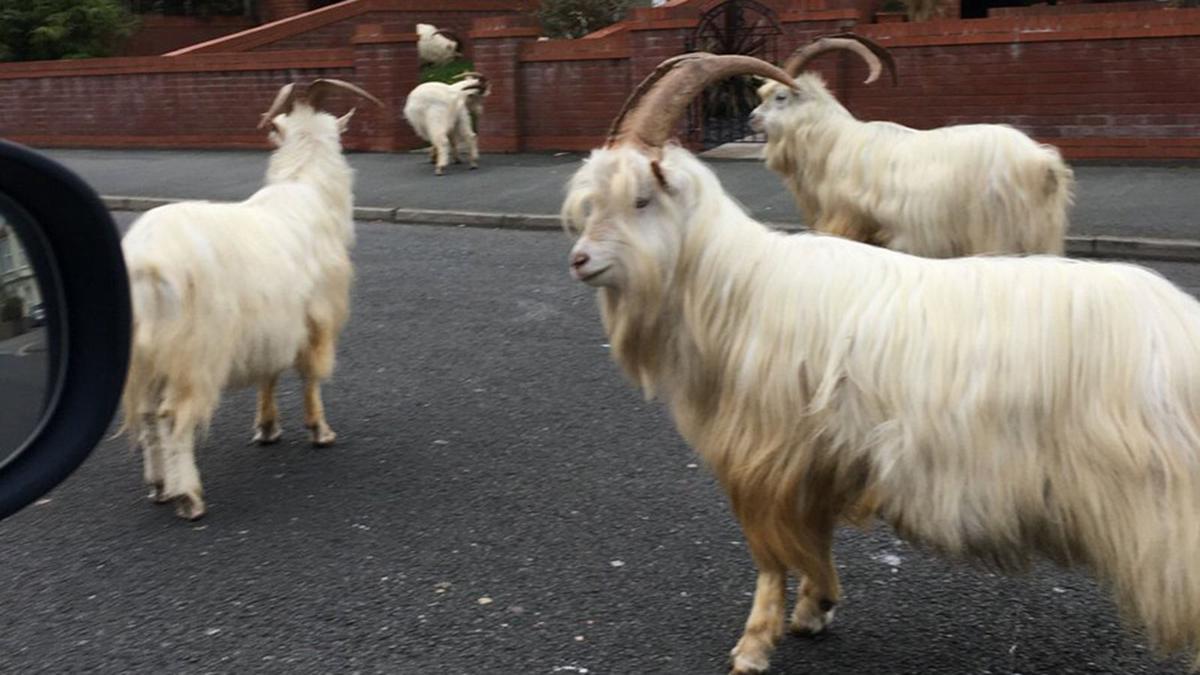 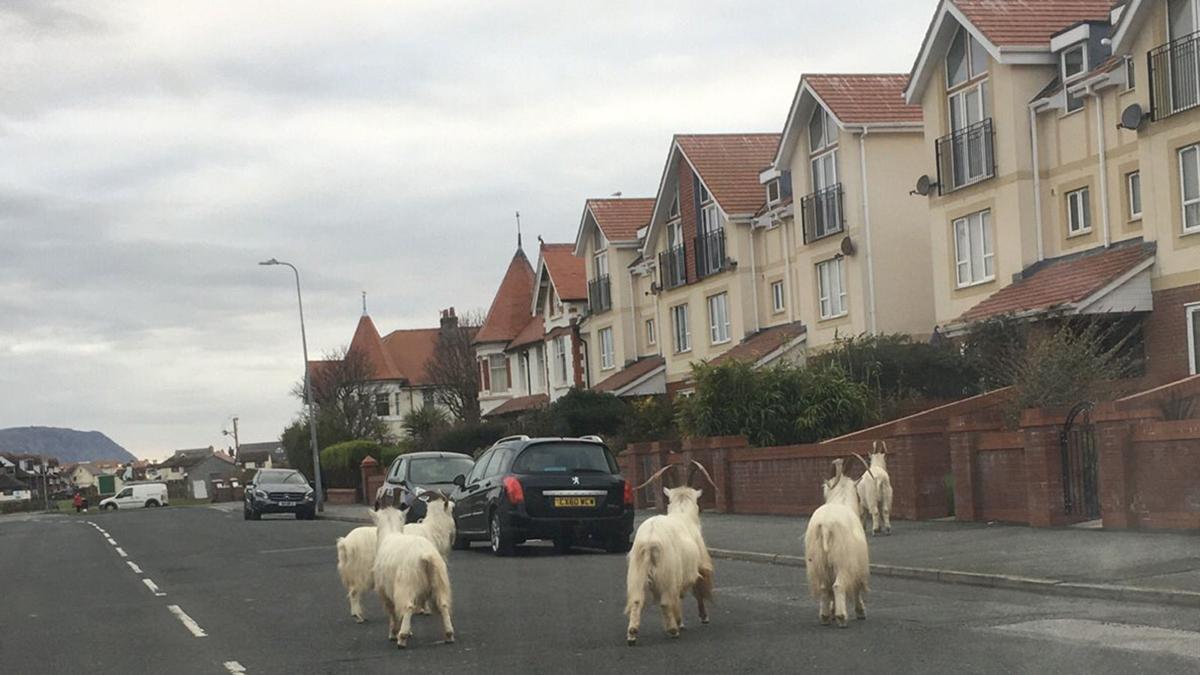