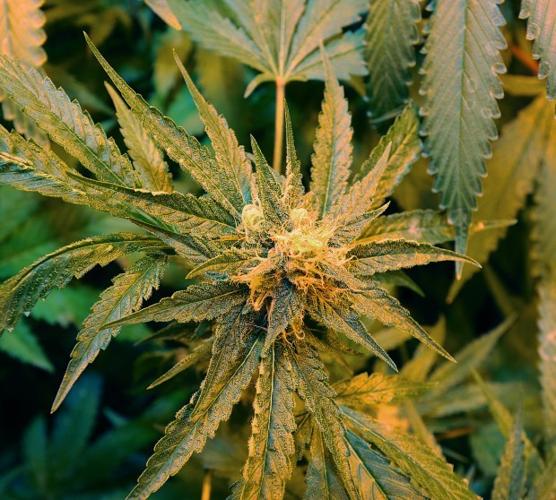 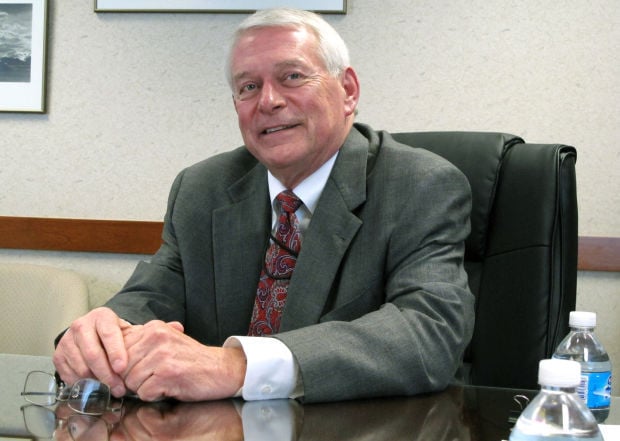 U.S. Attorney Mike Cotter discusses the end of a three-year investigation into Montana medical marijuana in a news conference in Helena on May 3.

If American society's tolerance for marijuana is now growing, then what happened in Montana illustrates just what can happen when the government decides things have gone too far.

Pot advocates were running caravans, helping hundreds of residents in a day get medical marijuana user cards. Some doctors who conducted cursory exams on scores of people were fined. As the number of users quickly grew, so did a retail industry that led some to dub the state "Big High Country."

Today, thousands of medical pot providers have gone out of business, and a health department survey showed that the number of registered users have fallen to less than a quarter of their 2011 numbers.

The drop was driven in part by a tougher 2011 law on medical marijuana use and distribution. But more than anything, marijuana advocates say, the demise of the once-booming medical pot industry was the result of the largest federal drug-trafficking investigation in the state's industry.

The three-year investigation by the U.S. attorney's office, the Drug Enforcement Administration and other federal agencies wrapped up last week when the last of 33 convicted defendants was sentenced. That allowed its architect, U.S. Attorney Michael Cotter, to speak publicly for the first time on the crackdown.

"For a long time, we were hearing complaints from local law enforcement and from citizens ... that they were tired of marijuana and they were tired of it next to schools, to churches, people smoking it openly on the streets," Cotter said in an interview with The Associated Press.

"It was just something that had to be done," he said. "And the result of doing it the way that we did, it was a strong statement that marijuana wasn't going to be tolerated in Montana."

Cotter said he believes he is on the right side of history, regardless of what is happening in the country. Last fall, voters in Colorado and Washington state passed laws to legalize recreational pot use, and a Pew Research Center poll released last month found 52 percent of Americans think marijuana should be legal.

The Justice Department has yet to decide whether to sue in federal court to block Colorado and Washington's laws under the legal argument that federal laws outlawing any use, possession or distribution of marijuana prevail over state laws.

In Montana, what started out as a system to provide marijuana to those with health problems turned the state into a source for drug trafficking, Cotter said. The industry had ballooned so much and so quickly that drug traffickers were operating under the guise of medicinal caregivers, and the pot was being sent to users in New Jersey, Virginia, Colorado and other states, he said.

Now, marijuana is still in Montana, but it's manageable, he said.

The investigations were split geographically into three parts: Operation Smokejumper, Operation Weed Be Gone and Operation Noxious Weed. They targeted medical marijuana providers dealing in more than 100 plants and came away with 34 indictments, from a longtime state lobbyist to a former University of Montana quarterback.

Most of those arrested argued at first that they were following the state's medical marijuana law. When federal prosecutors, led by Assistant U.S. Attorney Joseph Thaggard, successfully squelched that argument in court, all but three of the providers made plea deals.

The federal Controlled Substances Act, which bans any distribution or use of marijuana, trumps state law, Thaggard said. Besides, the investigation found that none of the defendants was following state law, he added.

"I think that we were confident that if we had to go down that road, we would show just how out of compliance these people were," Thaggard said.

The final scorecard: 33 convictions. Thirty-one made plea deals, two went to trial and lost and the case against the accountant of a provider was dismissed.

Federal prosecutors in other states watched closely as the probe unfolded in Montana, and was widely seen as a success and possibly a model for others, Cotter said.

"Speaking through enforcement action does have the deterrent effect that is needed," Cotter said. "It had the effect that we were looking for, and that was to deter the trafficking of marijuana."

Montana Cannabis Information Association spokesman and Marijuana Policy Project lobbyist Chris Lindsey — who also was one of the 33 providers convicted in the probe — agreed the federal investigation was the main driver in changing the shape of the industry.

But a federal crackdown won't stem the tide of the public will, he said.

Montana residents are increasingly in favor of improving the medical marijuana laws so there is better regulation and better access for those who need it, Lindsey said. "In Montana, it seems our options have only been the wild, wild West or no activity at all. Ultimately, we will be in the middle," Lindsey said.

Cotter and DEA Agent in Charge Brady MacKay, who led much of the investigation, dispute that medical marijuana is beneficial for the seriously ill. They say patients who need the relief that marijuana provides should get it from Marinol, a prescription drug that contains some of the properties of marijuana.

"I think it's Madison Avenue marketing, the person who dreamed up tying medical and marijuana together," Cotter said. "It's a powerful marketing tool. But the fact of the matter remains that marijuana is a dangerous drug and it's harmful to people," Cotter said.

Here's a breakdown of the federal crackdown on marijuana trafficking by people operating under Montana's medical marijuana law.

Trials: 2, both resulting in convictions

Changes in the Montana pot industry

A look at how the number of Montana medical marijuana users and providers has changed since its peak in 2011.

Some families will see their monthly co-pays go from $10 a month to several hundred dollars, providers said.

“I care deeply about the division and the people in the division specifically,” said FWP Enforcement Chief Ron Howell.

The initial vote on the rules still needs to be ratified when the Legislature convenes starting Jan. 2.

A Montana law requiring public schools to notify parents of lessons that mention human sexuality has reached further and been more cumbersome than anticipated, according to two school district leaders.

Montana’s redistricting commission voted to select a map of state House districts drawn by Democrats for the next round of public comments and partisan negotiations.

Gianforte discusses proposed $14.4B budget with taxpayers group in Helena

Gianforte discussed the $14.4 billion two-year budget at the 101st annual meeting of the Montana Taxpayers Association.

Backers said they will push for a new conservation trust fund during the next Legislature with proceeds benefiting wildlife habitat on both public and private lands.

Brittney Griner on way back to US after prisoner swap

Did you know your face is covered in tiny mites?

Did you know your face is covered in tiny mites?

Apollo lifted out of Versailles' gardens for restoration

Apollo lifted out of Versailles' gardens for restoration

Tom Brady and Stephen Curry under investigation after FTX collapse

Tom Brady and Stephen Curry under investigation after FTX collapse

U.S. Attorney Mike Cotter discusses the end of a three-year investigation into Montana medical marijuana in a news conference in Helena on May 3.