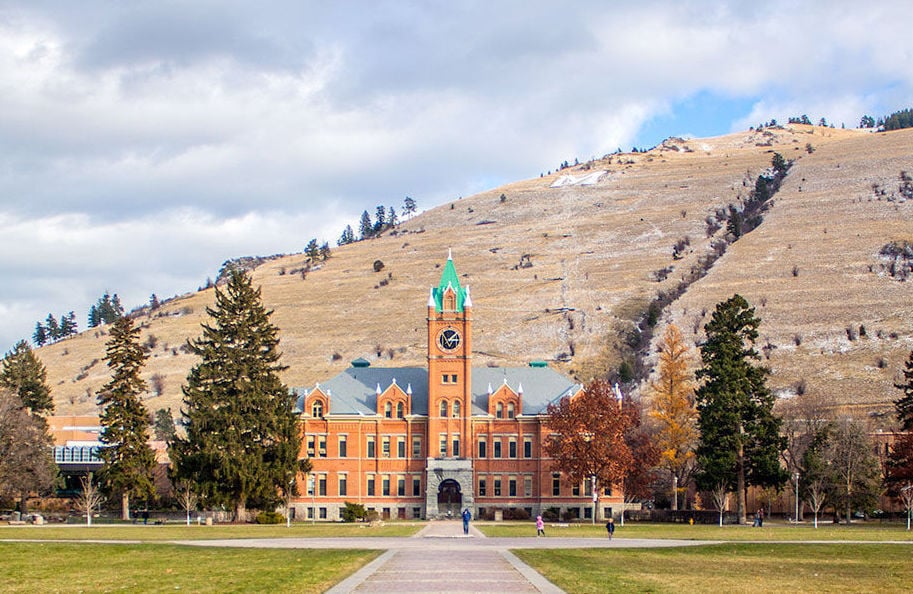 Main Hall on the University of Montana campus. 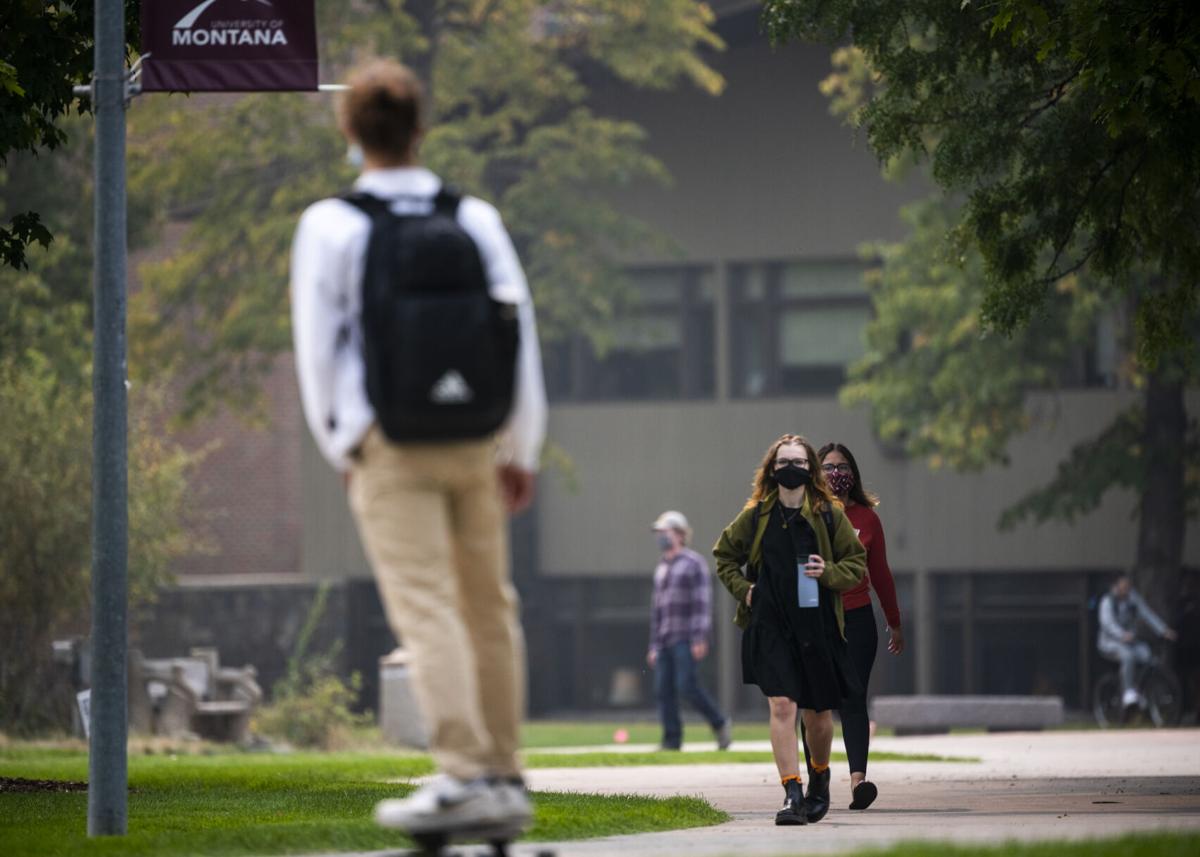 Students walk on the Oval at the University of Montana on Tuesday. The university released their enrollment numbers for Fall semester on Wednesday.

The University of Montana reported a 4.5% decrease in student enrollment Wednesday, attributing the drop to the coronavirus pandemic that shifted student plans after high school.

In total, UM reported 10,015 students enrolled for the fall 2020 semester, compared to 10,487 in fall 2019. The decrease in overall enrollment can be attributed almost exclusively to a smaller freshman class, said Dave Kuntz, UM director of strategic communications.

Prior to the pandemic, UM was seeing an increase in both overall applications and out-of-state applications for fall semester, Kuntz said.

After the pandemic hit in the spring, little movement took place, and Kuntz said the number of students, especially out of state, who followed through on those applications and enrolled didn’t end up reflecting that 7% increase.

“We know that a lot of these students, especially out-of-state students, decided to stay closer to home during the pandemic, so we weren’t able to yield as large of a freshman class as we had hoped prior to COVID,” he said.

He added many of those decisions were made last minute in the weeks leading up to the first day.

“We are optimistic that when we are on the other side of COVID-19, our continued efforts to revitalize UM’s student recruitment infrastructure will drive continued growth in applications and higher yield rates of enrolled students,” UM President Seth Bodnar said in the news release.

UM did see an increased student retention rate for the second year in a row, improving to 75% this fall from 71% last fall.

"The first-year retention rate is an important indicator for the university, as students who persist into their second year are much more likely to successfully complete their studies and graduate," according to the release.

Given the uncertainty of the pandemic, Kuntz said the retention rate is a bright spot in the enrollment data and a strong indicator of future success. (See related stories on A1 and Sports for updates on COVID-19 cases on campus.)

“We think that the university’s continued prioritization of meeting our student needs and delivering for students is really paying dividends, especially with this increase in the retention rate and typically, as we dissect the success, it’s our bolstered academic advising, the way we’ve reimagined orientation, the wellness and health support that we’ve been providing students during the pandemic — it’s just really encouraging across campus to see this retention rate increase so much in the past couple years,” Kuntz said.

“We think that our graduate school programs are seeing this rapid growth because they’re meeting the needs of the students, and they’re preparing them for successful careers,” Kuntz said.

In another indicator of graduate student success, UM recently reported it spent more than $100 million to conduct research this fiscal year, setting a record for the flagship.

UM said the enrollment data is preliminary and a complete set of numbers and breakdowns will be released the last week of September.

"Due to many student hardships created by COVID-19, UM is exercising a Board of Regents procedure that allows Montana universities additional time to work with students to finalize their registration status," the release said.

Any change in data would be small and likely would not change the percent decrease in total enrollment, Kuntz said.

UM has struggled with enrollment for years. Since 2012, the campus has lost 36.5% of its student population counted by full time equivalents, according to data from the Montana University System.

By comparison, the entire system lost 13.5% over the same period, and Montana State University–Bozeman has bucked the trend among campuses nationally and gained nearly 22.9% since 2012.

Another 217 COVID-19 cases and the COVID-19-related deaths of two more people were reported Thursday morning in Montana.

RAPID CITY, S.D. — The South Dakota Attorney General reported hitting a deer Saturday night but had actually hit and killed a pedestrian whose body was found the next morning, according to the Department of Public Safety.

Montana Public Service Commission documents showing a pattern of bullying, harassment, and spying at the agency have been released by a district court judge, months after commissioners sued the news media rather than release data.

Another 190 COVID-19 cases in Montana were reported Wednesday morning on the state's mapping and information website.

The Carbon County attorney is declining to prosecute the shooting death of a Billings man near Red Lodge in April saying the killing was in self-defense.

Another 139 COVID-19 cases in Montana were reported Tuesday morning on the state's case mapping and information website.

Main Hall on the University of Montana campus.

Students walk on the Oval at the University of Montana on Tuesday. The university released their enrollment numbers for Fall semester on Wednesday.