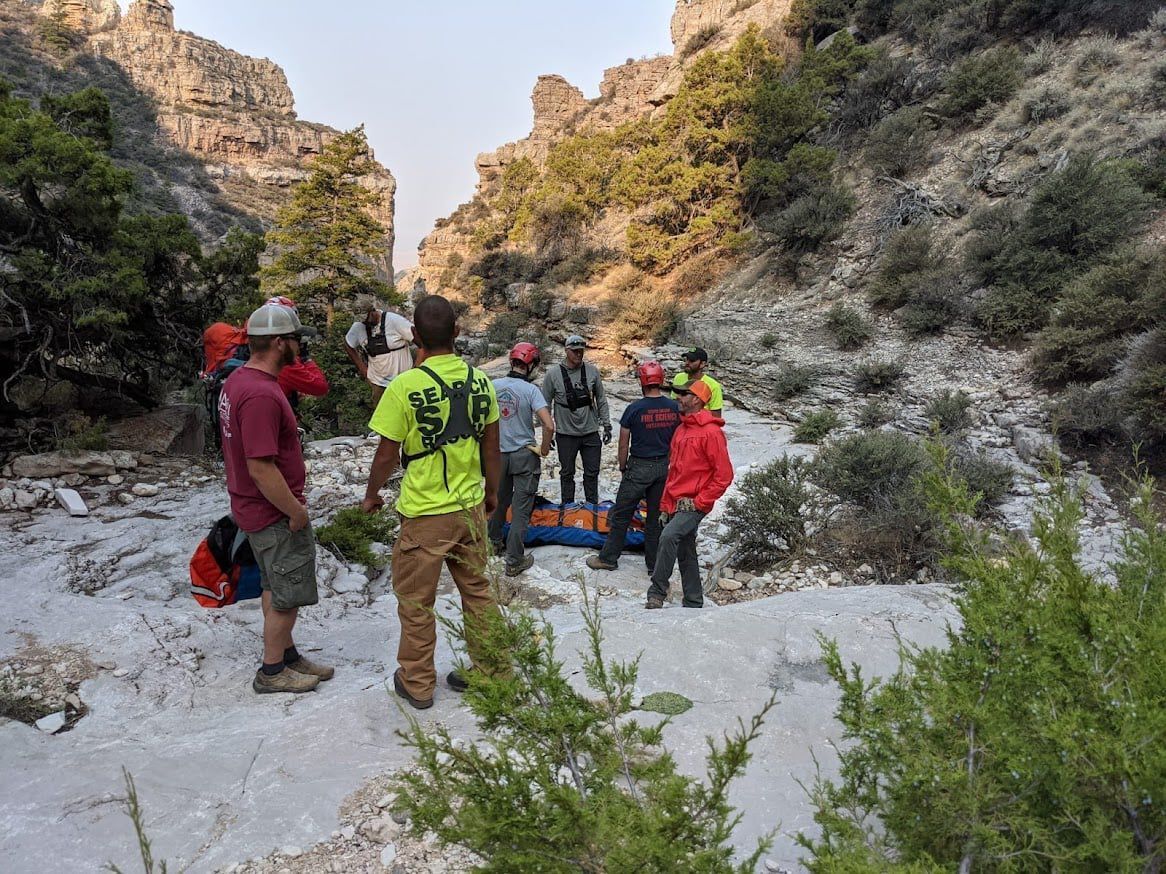 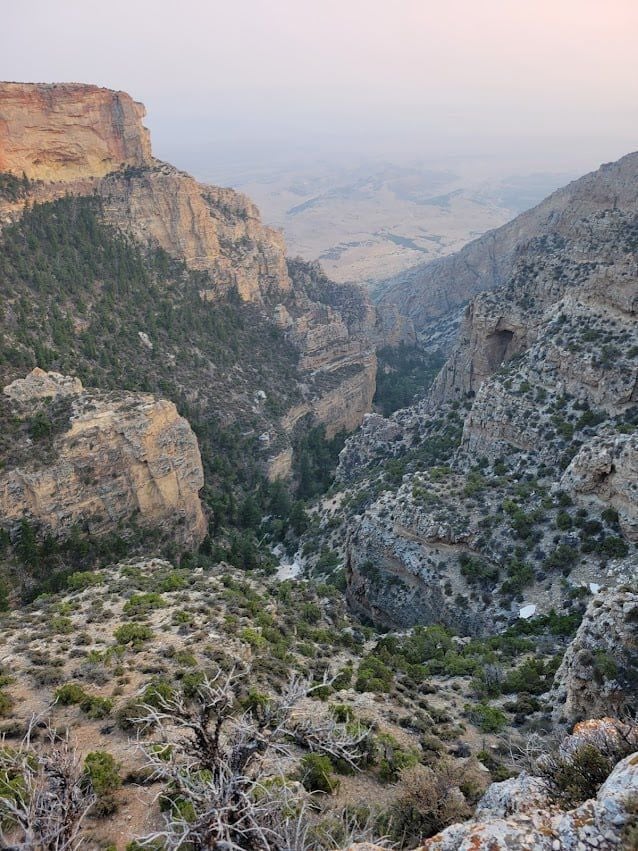 The interior of the Wyoming National Guard helicopter used to rescue two hikers from Simmons Canyon on July 27.

The hikers, a 25-year-old woman and her mid-fifties stepfather, left the Porcupine Falls area on July 18, hiking west toward Little Mountain.

The two may have underestimated the amount of supplies needed to complete the trek, or run through their supplies more quickly than expected, said Big Horn County Sheriff Ken Blackburn.

After running out of food and water on either Sunday or Monday, the two deviated from their planned course, attempting to head directly downhill toward sources of food and water. “They went from a higher elevation to a lower elevation, and temperatures increased exponentially,” said Blackburn. The additional heat compounded the problem of not having water, resulting in severe dehydration.

From Little Mountain, they tried to make their way south to an access road but became trapped on a cliff face in Simmons Canyon. On July 26, eight days after they set off, they were able to get sufficient cell service to call the Big Horn County Sheriff’s Office to request rescue, according to a Thursday social media post by the sheriff's office.

Due to the severity of their conditions, neither was able to immediately be moved. The rescue teams stayed overnight, supplying the victims with food, water, and medical treatment while the Wyoming Air National Guard made arrangements to have them evacuated.

“One of the things that made that mission so difficult is there were a lot of issues with flying,” said Blackburn.

Heavy smoke from wildfires meant that a helicopter would only be able to fly in the early morning, and even then with limited visibility. In order to get the hikers out of the canyon, a National Guard helicopter made a three-hour flight from Cheyenne overnight in order to fly to the rescue site at dawn on Tuesday, July 27.

After rescue, the hikers were taken to an ambulance waiting at the nearest road. The hikers were then transported to North Big Horn Hospital in Lovell.

The sheriff’s office expects that both hikers will make a full recovery from their injuries, and credits the diligent work of the rescue crews and the dedication of the National Guard for the successful rescue.

A forensic pathologist testified Monday that gunshot wounds Broadwater County Deputy Mason Moore sustained to his face likely came through the front windshield of his patrol car but it’s unlikely they were fatal.

The interior of the Wyoming National Guard helicopter used to rescue two hikers from Simmons Canyon on July 27.