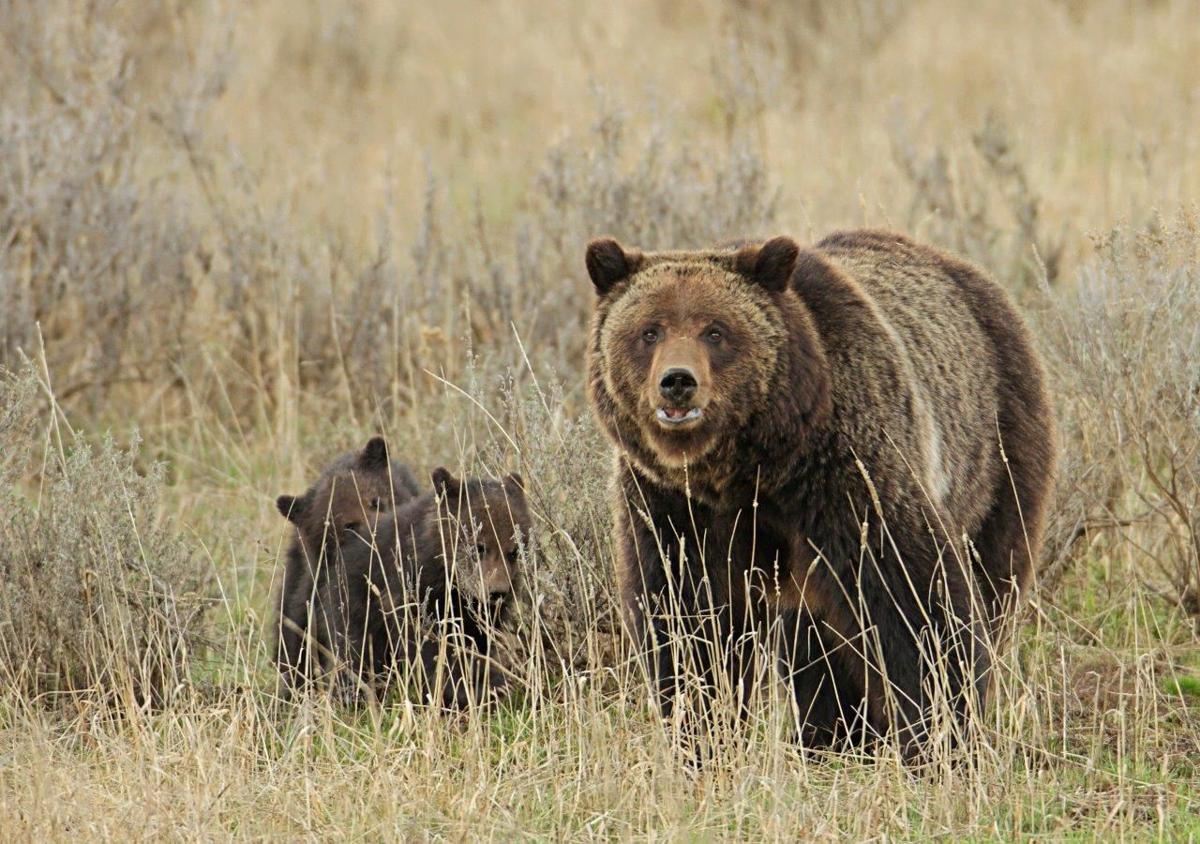 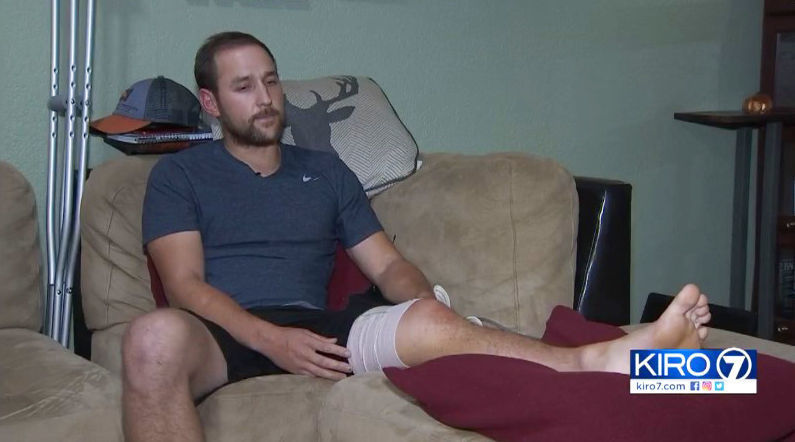 This screen grab from KIRO 7's website shows Graham, Washington, hunter Donivan Campbell talking to a reporter about being mauled by a grizzly bear while hunting in Montana last week. 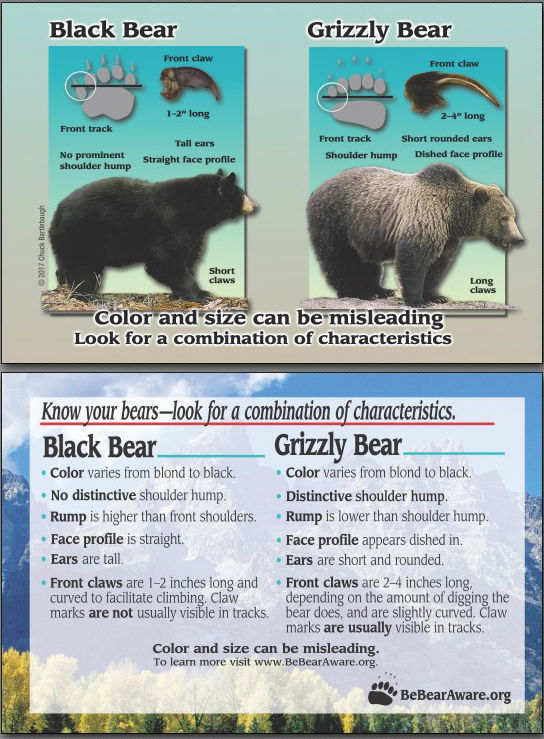 This screen grab from KIRO 7's website shows Graham, Washington, hunter Donivan Campbell talking to a reporter about being mauled by a grizzly bear while hunting in Montana last week.

A grizzly bear that attacked an Ohio archery hunter on Tuesday was apparently injured when the man fired several rounds from a handgun, according to a Montana Fish, Wildlife & Parks press release.

However, an extensive ground search for the wounded bear in the Gravelly Mountains was unsuccessful due to dense vegetation, downfall and the lack of a blood trail, according to Morgan Jacobsen, FWP's Region 3 Information and Education Program manager.

"The wardens found some very small blood drops and a relatively small blood trail," he said. "They are not continuing the search for that bear."

Although the area won't be closed to the public, the Beaverhead-Deerlodge National Forest has posted signs warning visitors of bear activity in the Coal Creek-Twin Springs area.

The hunter reportedly surprised the grizzly while hiking through an area of blown down trees. The bear injured one of the hunter's legs but retreated after the man fired several shots at the bear's head and chest. Morgan did not know the caliber of the handgun.

Fellow hunters in the Ohio man's party came to his aid and helped him from the forest. He was transported to the Sheridan clinic where his wounds were treated and the patient was released.

Last week the forest issued a closure along Cottonwood Road, about 8 miles north of Tuesday’s incident, as FWP wardens investigated two separate grizzly bear maulings that happened on Sept. 16. That closure will be lifted Friday now that the field investigation is finished.

In those attacks three out-of-state archery hunters were injured, one of which also fired shots at the bear.

According to an interview with KIRO 7 television, the two Washington state hunters surprised a grizzly and then ran in opposite directions. Donivan Campbell said the bear quickly caught him by grabbing his left thigh. His friend, Chris Gregersen, heard Campbell scream and came to his aid. According to their account, just as the bear was about to bite down on Campbell's head Gregersen fired several shots at the bear.

“It charged again just as quickly as it did the first time,” Gregersen told the television station. “We have never seen an animal that was that furious, that was that terrifying.”

The hunt for the bear, which included an aerial and ground search, was unsuccessful. The closure was enacted to enable wardens to investigate the separate sites where the attacks occurred.

"They were working to confirm the location of the attacks and how those encounters played out," Jacobsen said.

Using firearms versus bear spray to deter a bear attack is a personal choice that hunters often debate. One thing not debatable, though, is the danger an injured animal may pose on the landscape.

"It's not good to have bears wandering around wounded," said Chuck Bartlebaugh, director of Be Bear Aware, a bear spray advocacy group. "I'm pro hunting but I don't want bears wounded."

His group advocates only using bear spray, being ready to deploy the spray when in heavy foliage, and knowing how to use the product. Be Bear Aware promotes only those sprays that can reach out 30 feet and last more than eight seconds.

"We really haven't prepared people to use bear spray correctly," he said, noting that many professionals in the outdoor field have spread misinformation.

"I'm a little frustrated because it's a simple thing to correct," he said.

The Gravelly Mountains are used heavily by grizzly bears as well as archery hunters seeking elk in an area with good public access.

Grizzly bears are being found in more areas around the fringes of their former strongholds, wildlands like the Greater Yellowstone Ecosystem and the Rocky Mountain Front's wilderness areas along with Glacier National Park.

Fall is also the time when bears are actively seeking food — a phase known as hyperphagia — before they enter winter dormancy and hibernate. Archery hunters — who travel quietly through the woods, often mimic elk sounds or use elk scents to mask their smell to get closer to the animals — are more likely to encounter bears. Traditional bear avoidance techniques for hikers include making noise and traveling in groups of three or more, something archery hunters are unlikely to do. All hikers and hunters are also advised to carry bear spray if they do encounter the animals, and to know how to quickly and effectively deploy the spray.

Those who see a bear should stop advancing and back away slowly. FWP advises to never run from a bear as that may trigger a more predator-like response.

What you need to know to stay safe in bear country

Chances are if you recreate in Montana you've shared the place with bears. Watching bears in their natural environment from a safe, respectabl…