Starting July 1, most of Montana's statewide elected officials will be able to carry a little more cash in their pockets, thanks to a state law that mandates pay raises every other year.

The governor is due for a 3.6% bump, while the lieutenant governor and Supreme Court clerk will not get a raise at all.

The state auditor tops the list percentage-wise with a 9% raise. Supreme Court justices, including the chief justice and district court judges, will get 4.2% raises.

The state Legislature passed laws in 1995 that require the state Department of Administration to do a salary survey that compares the pay of elected executive branch officials and justices in Montana with Idaho, North Dakota, South Dakota and Wyoming.

In 2017, John Mercer, a Polson Republican who was speaker of the House from 1993-1999 when the 1995 bill passed, told the Great Falls Tribune that discussions regarding salaries for elected officials had been “highly politically charged.”

He said the survey removed heartache and gamesmanship.

This survey is done before June 30 of each even-numbered year. The effective date of the new salary is July 1 of the following year. It will be in effect until June 30, 2023.

Legislators are not included.

The survey notes that elected officials may choose to not accept all or part of the raise. And not all state officials have taken them in the past.

Gianforte, a multimillionaire and high-tech entrepreneur, has said he will donate his entire salary to various philanthropies in the state. A spokeswoman for the governor said Friday he will donate the salary on a quarterly basis and expected an announcement to be made soon on where the first allocation will go.

There are 69 people impacted by this survey. The Department of Administration said Friday it did not immediately know if any official has declined the increase.

The salary for Lt. Gov. Kristen Juras will remain $90,140, according to the survey. That salary was ranked fourth out of the five states surveyed. North Dakota was first, as it pays its lieutenant governor $105,285 a year, but South Dakota ranked fifth with a salary of $56,375.

Troy Downing, the state auditor, will get a 9% increase to $100,545. His salary ranked fourth in the five-state survey.

To see the chart, go to https://hr.mt.gov/hr-portal/pay-plans.

Outside of the survey, state employees will see no pay raise during the next fiscal year, but will get a 55-cent-per-hour increase the following fiscal year with the passage of House Bill 13.

Gianforte said in January that state agency directors he nominated would receive more pay than their predecessors, citing low pay compared to other states as the reason. The higher pay ranged from 5% to 46%.

"What they're trying to do is recruit business and hats off to them," Patrick Barkey said. "But state government has very limited ability to grow the economy, especially in the short term."

New names for streets on Boulder campus have MHP theme

The missing and endangered person advisory for Andrew Kaiser has been canceled. He has been located and is safe, officials said Tuesday morning.

Helena-area events are planned throughout the week in honor of Memorial Day.

Preparation work is underway to whittle down a slag pile that has served as a longtime landmark in East Helena, and to send some of Montana on…

With the upcoming move of the Montana Highway Patrol headquarters to Boulder, city officials said they are continuing to focus on key issues t… 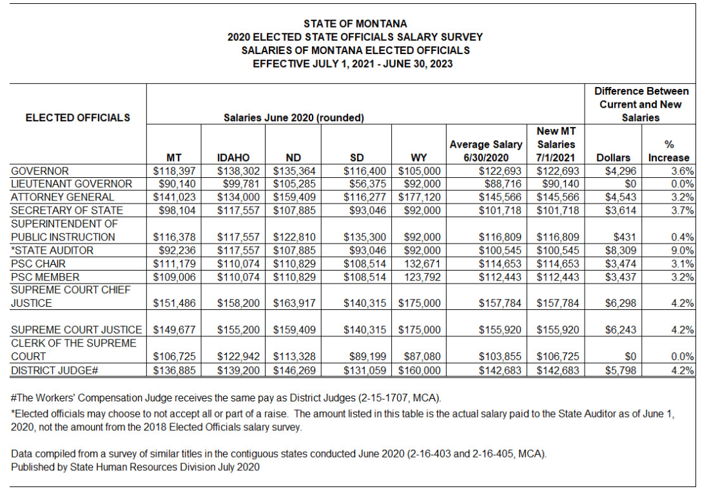 This chart is posted at https://hr.mt.gov/hr-portal/pay-plans. 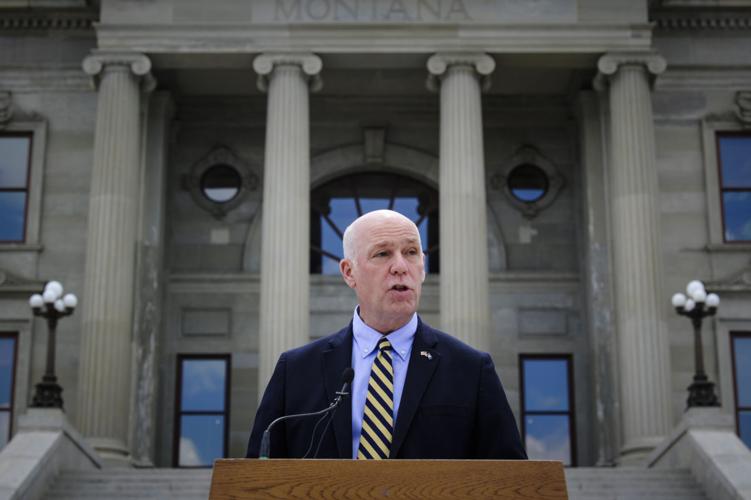 Gov. Greg Gianforte speaks on the step of the Montana state Capitol. 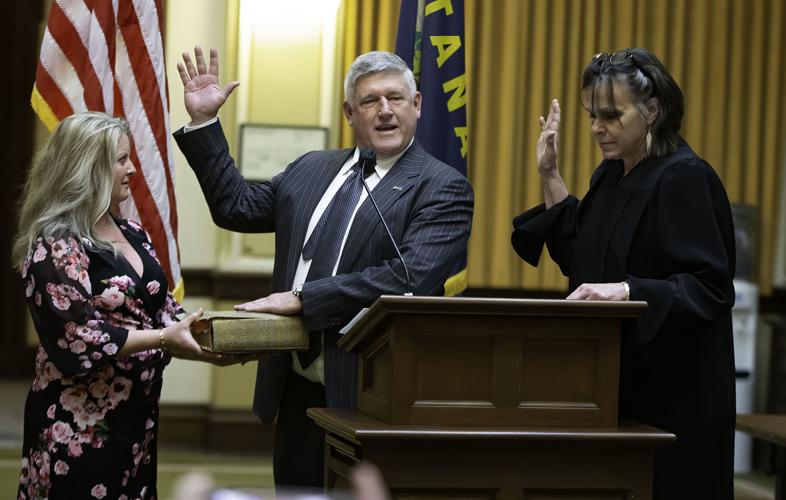 Montana Republican state Auditor Troy Downing is sworn into office at the state Capitol in this Jan. 4, 2021, file photo.