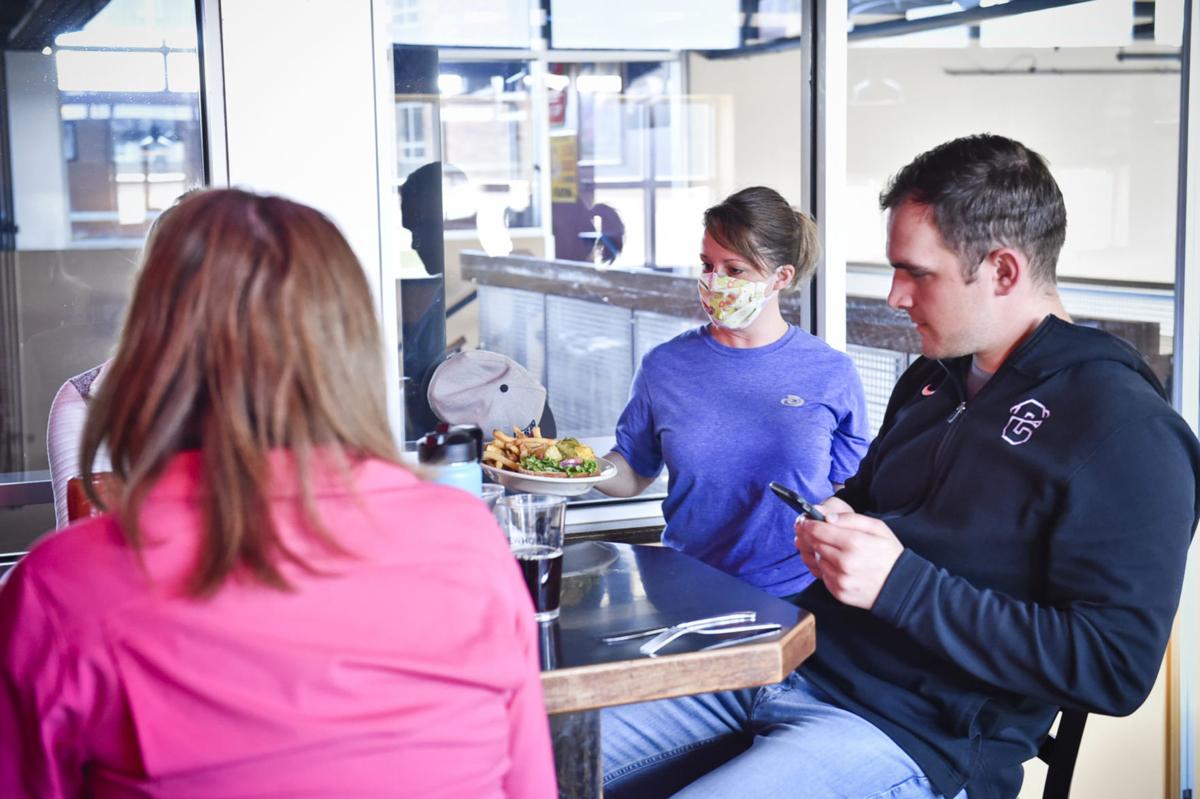 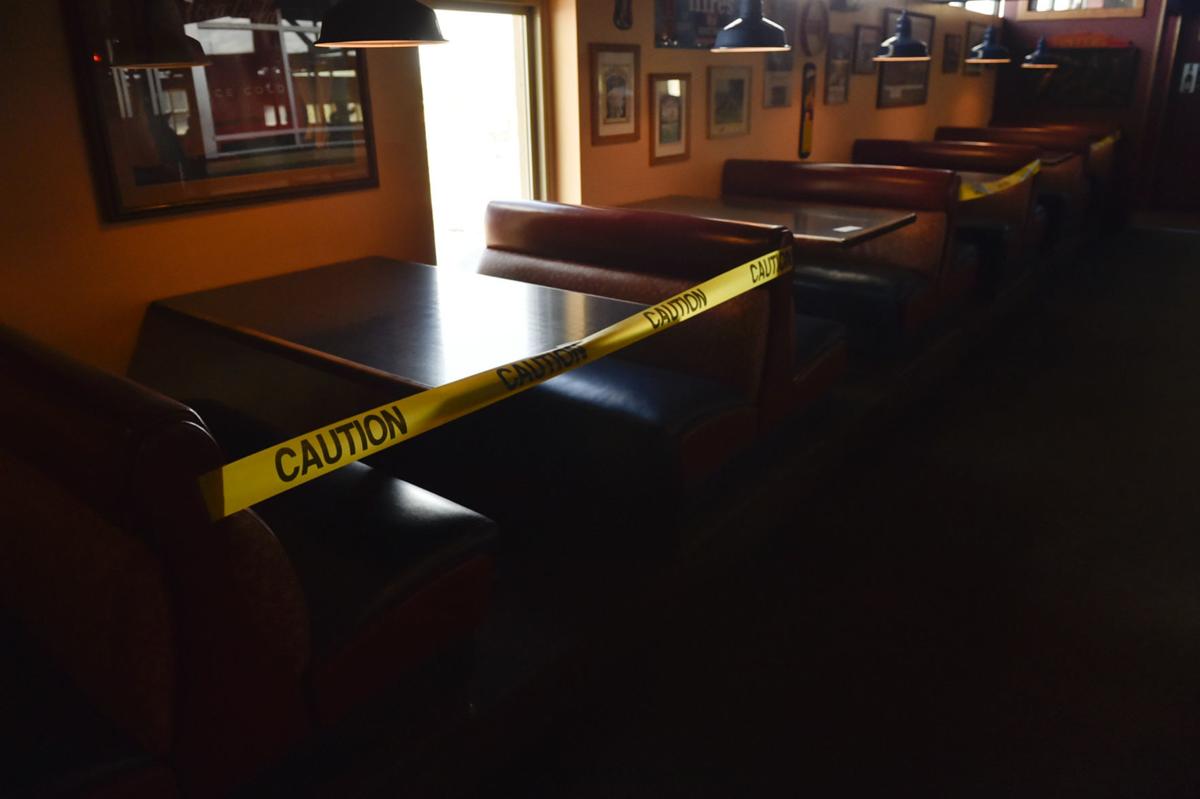 Every other booth in the Brewhouse is marked off with caution tape to maintain proper social distancing between tables. 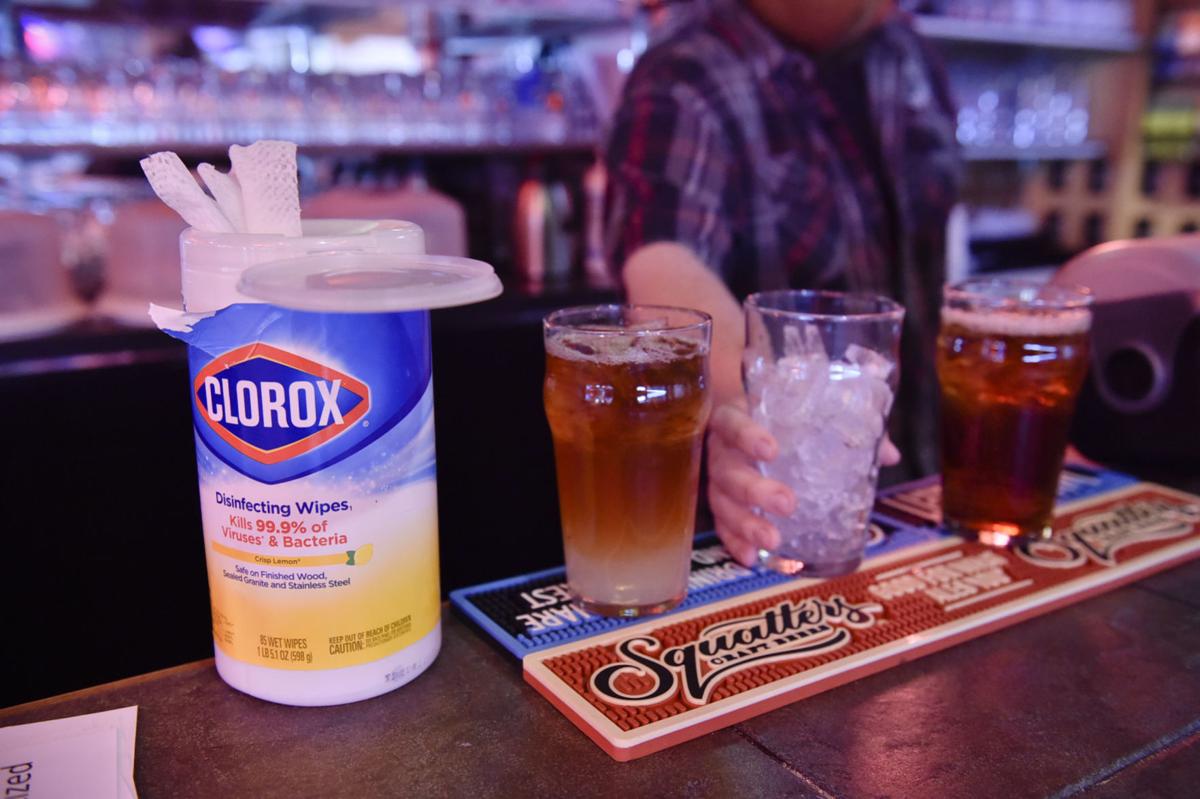 Under the reopening order, servers must use a new glass for each beverage refill. 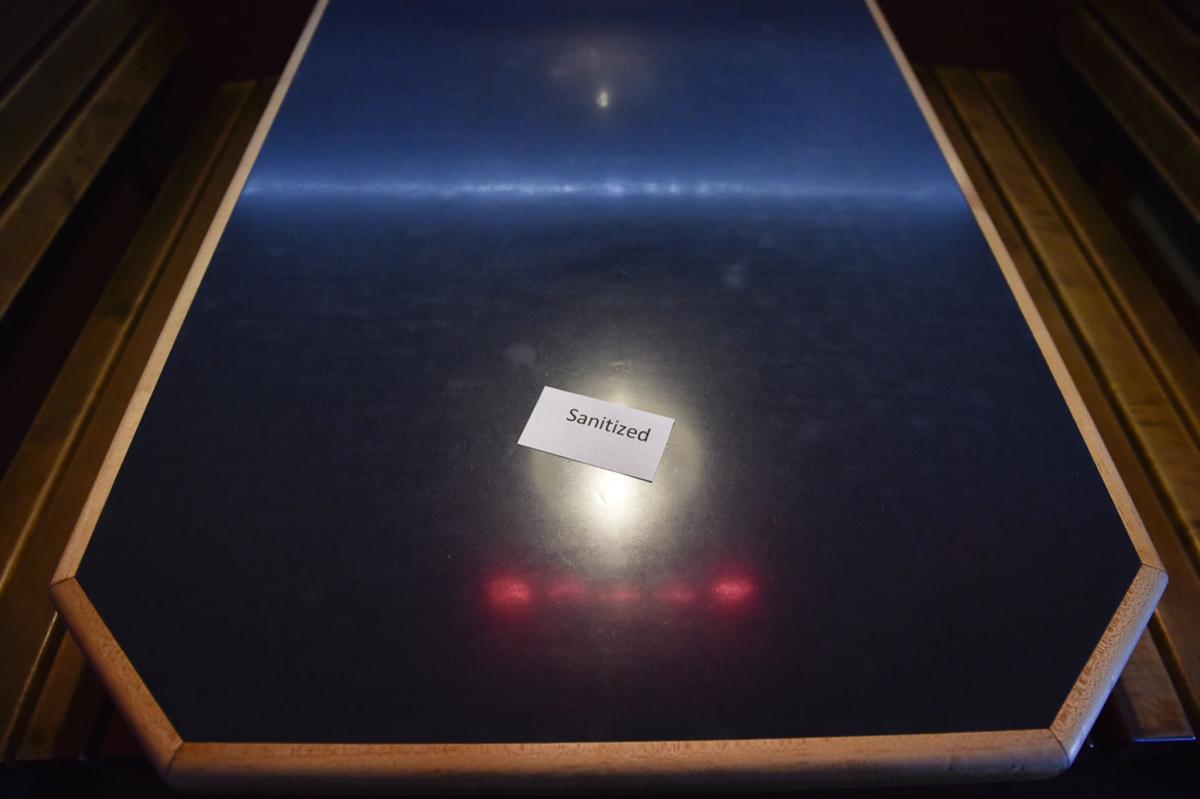 Brewhouse staff label tables after they sanitize them between customers. 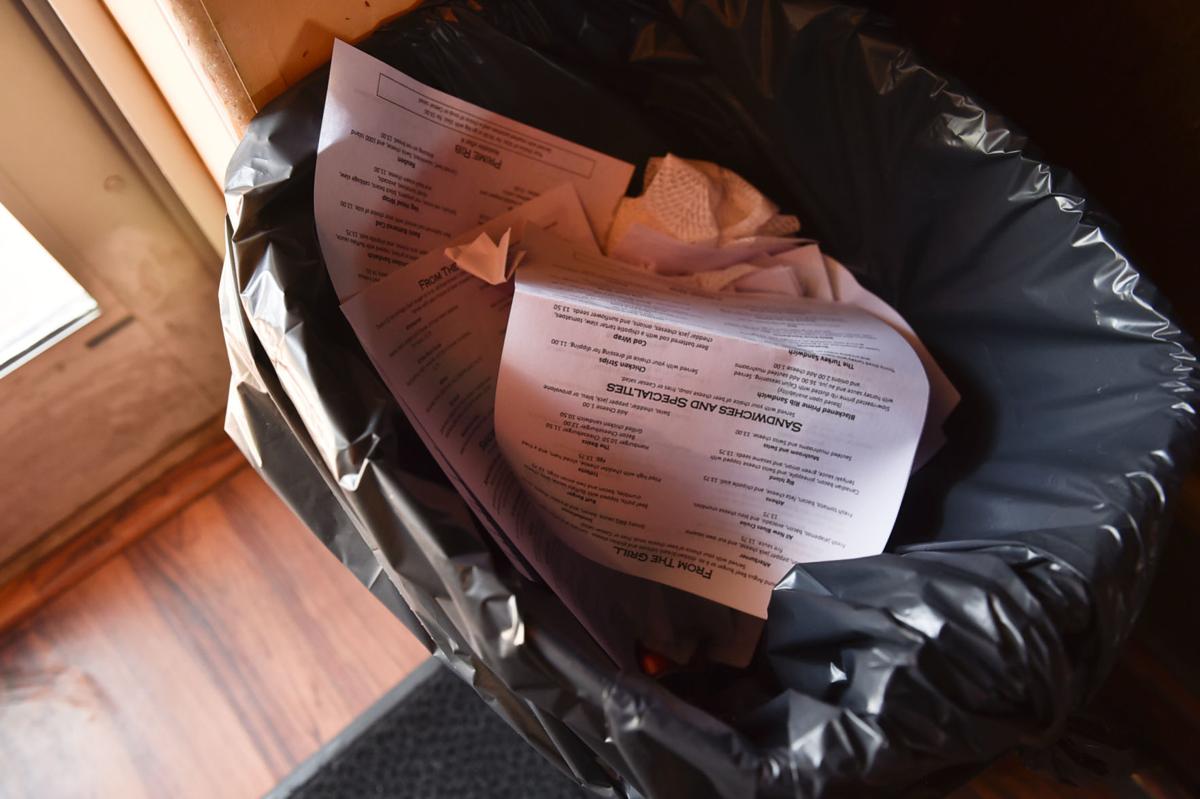 Under the governor's reopening orders, restaurants must use disposable menus.

Restaurants, bars, brewpubs and casinos began reopening in Montana on Monday with limits on crowds and servers donning masks and gloves, as the state lifts more closures imposed to fight the coronavirus.

Not all establishments reopened immediately, and some industry workers expressed concern that interacting with customers puts them at risk.

But with newly confirmed infection numbers down sharply since late March, officials have moved methodically in recent days to reopen sectors of Montana's economy even as many other states kept restrictions in place.

At McCormick Cafe in Billings, closed since mid-March, the first day back started slowly with many tables empty even after some had been removed under a mandate for restaurants to cut their seating capacity by half. Manager Charli Perry said she’s hoping word will get out that the restaurant is doing what it takes to protect customers and employees during the pandemic.

“I honestly believe as people get more comfortable they'll start coming out," she said.

Yet how much work there will be and for how long is uncertain given the prospects of another surge in the virus and a reluctance some may have to return to places where people congregate.

Kris Maxwell, a server for more than three decades, reapplied last week to the Billings bar and grill where she had been working before the virus but wasn't called back.

“I'm not going to lie: I didn't want to be rehired, just because it does scare me to go back at this moment," said Maxwell, whose 17-year-old daughter has a weakened immune system. “I just don't want to put myself out there."

In Helena, Brewhouse Pub & Grille manager Jackie Hudoba opened for the first time since March 16. Employees removed half the tables before the reopening and will wear masks and sanitize tables and chairs between customers, she said.

“Our phone has been busy, so I would hope,” people would come out to eat, she said. “But only having half our tables, I envision we will be doing a lot of to-go."

Montana’s rate of COVID-19 infections has steadily declined since a peak of 35 cases on March 26. The state has reported two or fewer cases per day since April 26, including two new cases Monday among 81 tests run on Sunday. The state has 457 confirmed cases with six people hospitalized, the health department said. Sixteen people have died and 404 are listed as recovered.

For most people, the coronavirus causes mild or moderate symptoms, such as fever and cough that clear up in two to three weeks. For some, especially older adults and people with existing health problems, it can cause more severe illness, including pneumonia, and death. Most people recover.

Churches and retail shops in Montana opened last week and a stay-at-home order was lifted except for vulnerable populations including the elderly. Schools can re-open May 7 under the latest directive from Gov. Steve Bullock, but many districts already have cancelled in-person classes through the end of the year.

Artist and waiter Dave Caserio anticipates returning to his part-time job at the Billings restaurant Bistro Enzo by this weekend. Caserio has been able to get by on unemployment payments, but likes his waiting job and doesn’t want to lose it even though his work hours are being reduced.

“Practically, for me, I’d just as soon go back to work. I’d like to keep working at Enzo and I’d like it to keep going, and I think it will,” Caserio said. He added that he doesn’t begrudge others who might continue taking unemployment rather than go back to work.

The event is part of the Air Force Salutes flyover program with similar events planned throughout the nation.

As Montana moves into a new phase of its coronavirus response, so is our coverage of the data about the virus' spread in Montana.

All five of Montana’s gubernatorial candidates took on their primary opponents on Saturday, with tensions getting higher as the June 2 primary draws closer.

Penned up by the pandemic, Montanans try to get well by getting out

That the public is increasingly turning to open spaces in this time of crisis is abundantly clear.

Helena Christian School will continue remote learning for the rest of its scheduled 2019-20 school year in response to the COVID-19 pandemic.

Helena-area nonprofits step in to shelter homeless amid virus concerns 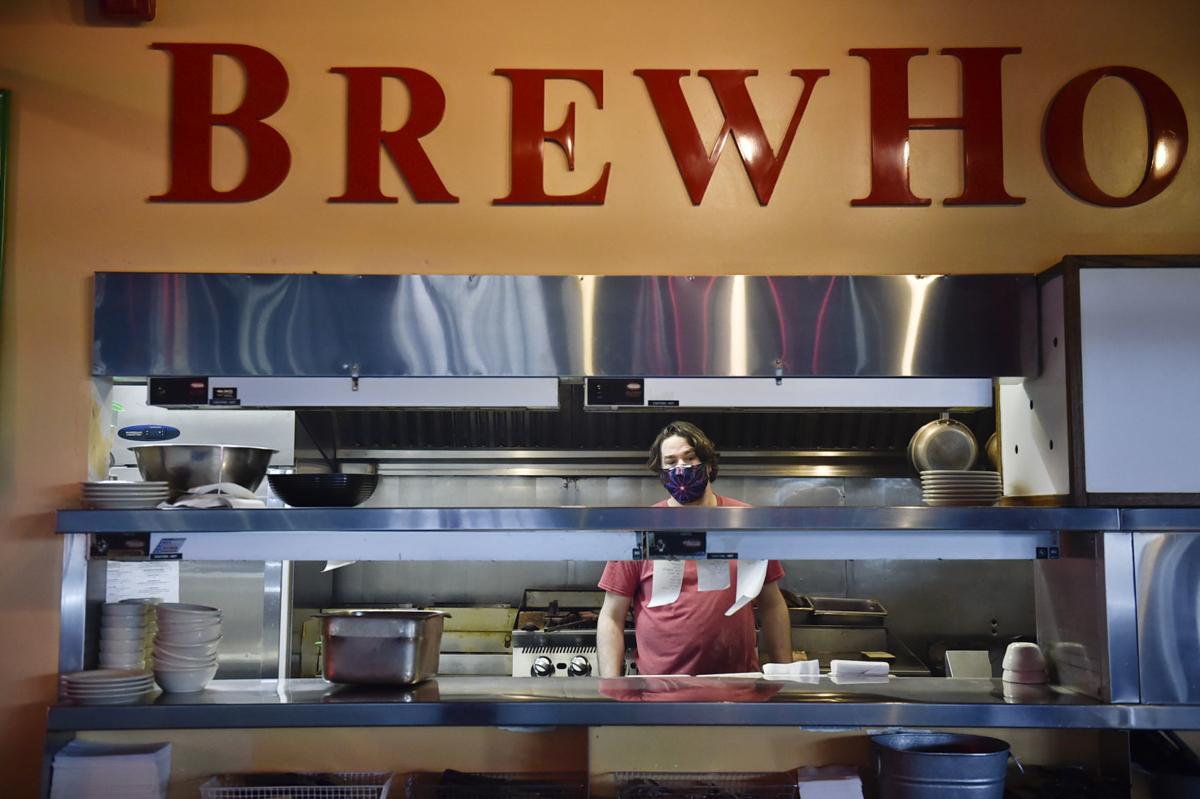 A cook at Brewhouse Pub and Grille in Helena checks on a food order Monday, the first day restaurants were authorized to serve sit-down customers since Gov. Steve Bullock ordered them closed on March 20.

Every other booth in the Brewhouse is marked off with caution tape to maintain proper social distancing between tables.

Under the reopening order, servers must use a new glass for each beverage refill.

Brewhouse staff label tables after they sanitize them between customers.

Under the governor's reopening orders, restaurants must use disposable menus.