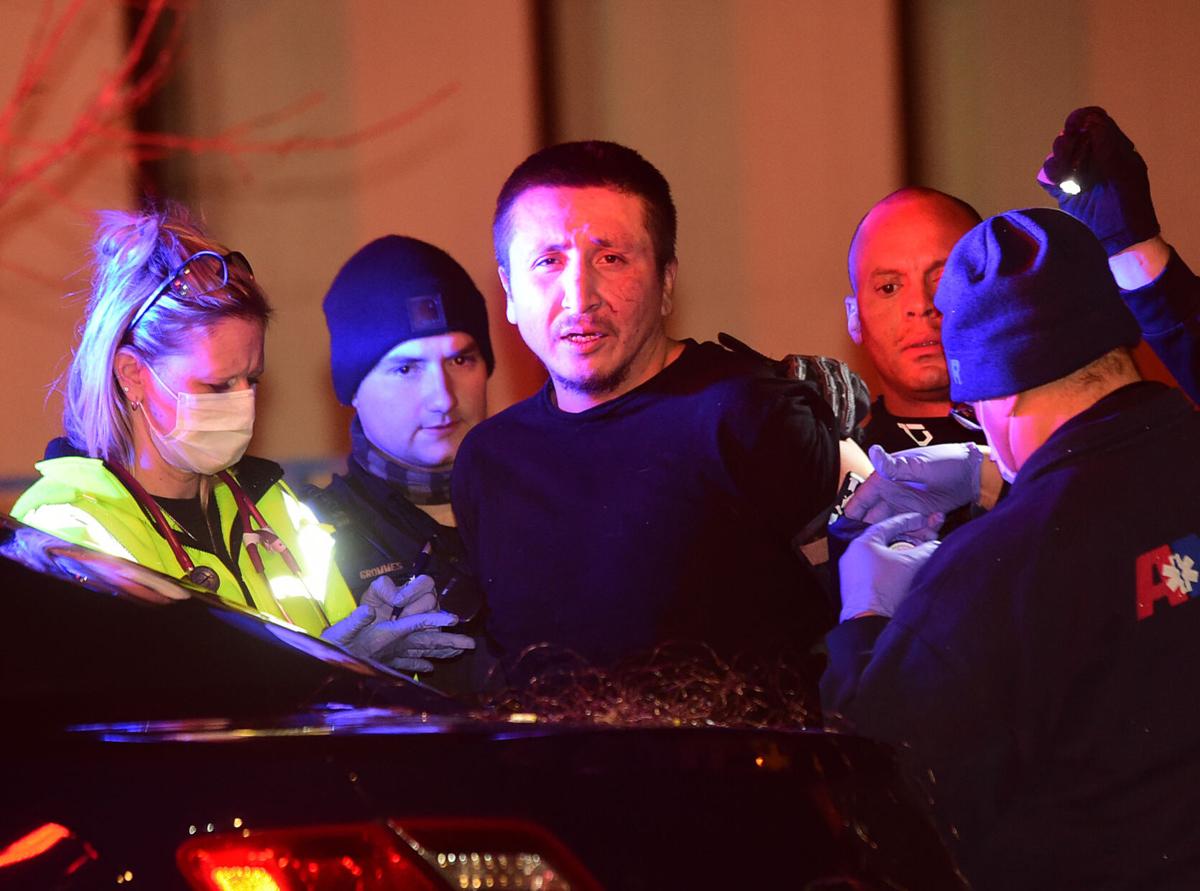 Homicide suspect Taylor Plainbull was arrested by Billings police at the Rodeway Inn Tuesday morning after a standoff with SWAT team members. 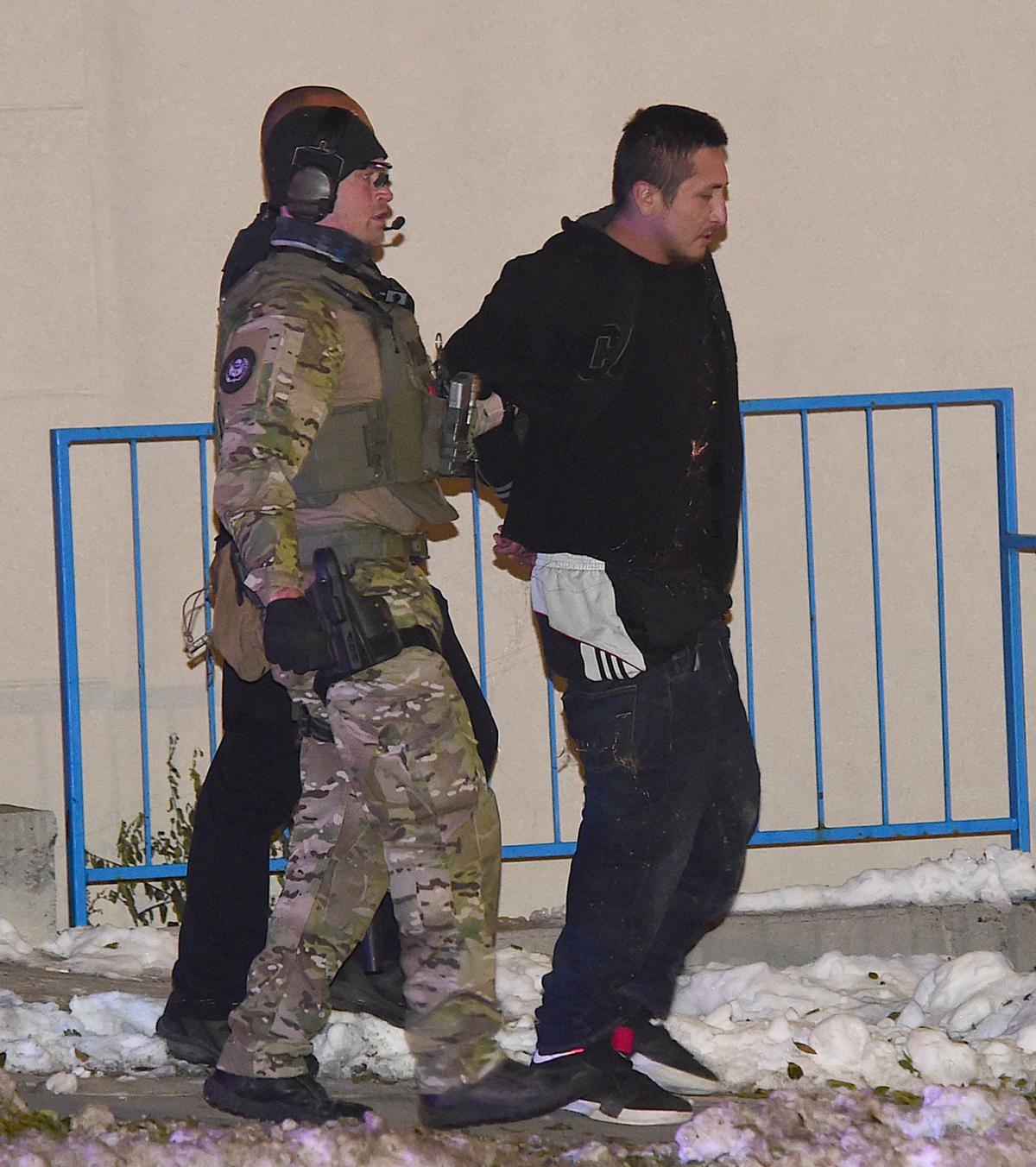 Homicide suspect Taylor Plainbull was arrested by Billings police at the Rodeway Inn after a standoff with SWAT team members. 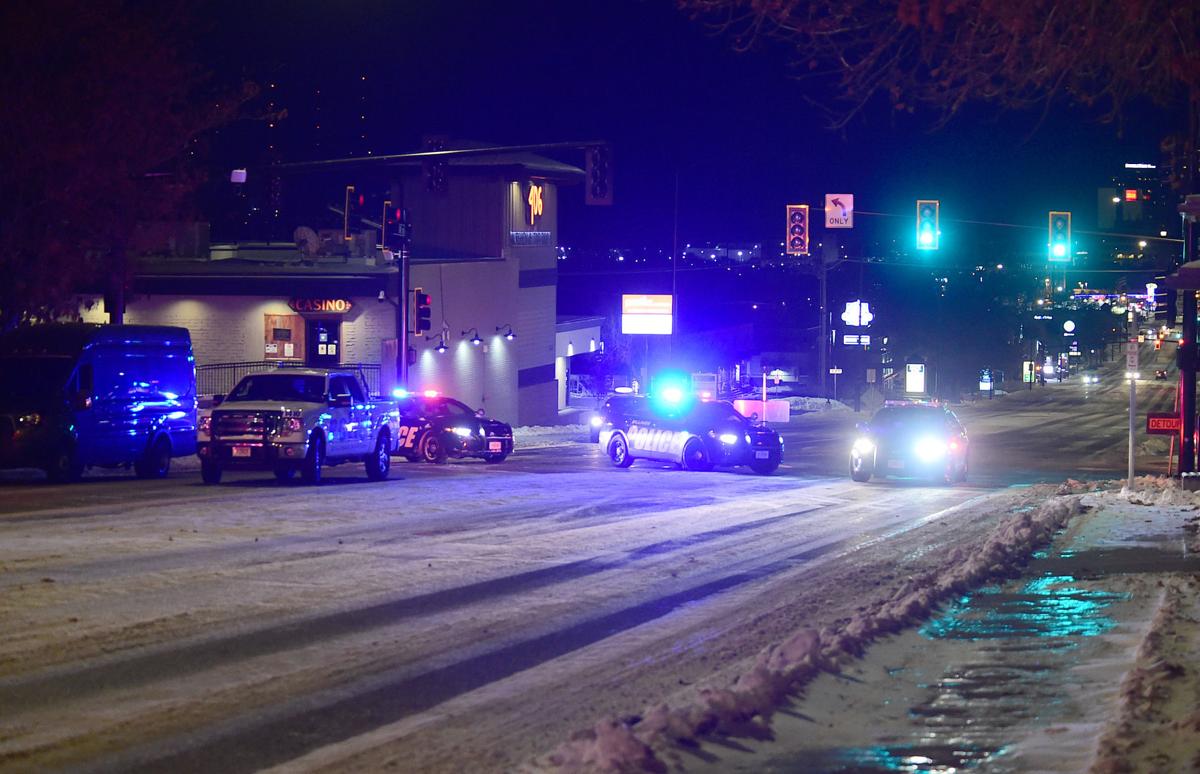 A 27-year-old Pryor man has been indicted on murder, assault and firearm charges connected to the death of a Crow woman in late October.

Taylor Leigh Plainbull, 27, is accused of killing 26-year-old Lenita Goes Ahead Oct. 24 on Blue Creek Road, and assaulting a second person with the intent to commit murder.

Goes Ahead was driving westbound on Blue Creek Road with a man and a child, according to court documents, when she was passed by a pickup truck driven by Plainbull going the opposite direction. Plainbull turned the truck around, and pursued Goes Ahead.

Plainbull drove ahead of Goes Ahead and slammed on his brakes, court documents say, and forced her and the other passengers into a ditch. Goes Ahead locked the doors to the car, while the man she was with called 911.

Plainbull then approached the car pointing a black pistol, according to a criminal complaint filed in U.S. District Court, and the man in the car reported hearing approximately three gunshots. The man received an injury to the forehead, and Goes Ahead was pronounced dead at the scene.

The child with Goes Ahead and the injured man left the vehicle, and prosecutors say Plainbull grabbed the child and drove away. The child was found later the same day.

The shooting occurred south of Billings, on the Crow Indian Reservation, according to court documents.

Plainbull was arrested Oct. 29 following a warrant being issued by the FBI and a standoff in Billings that closed a portion of North 27th Street for several hours.

The indictment filed in U.S. District Court charges Plainbull with first degree murder, assault with intent to commit murder and two counts of use of a firearm during and in relation to a crime of violence.

If convicted of first degree murder, Plainbull faces a sentence of mandatory life in prison.

An arraignment for Plainbull on the indictment is scheduled for Nov. 23.

The pileup involved 30 or more vehicles, including semi-trucks, on the bridge crossing the Yellowstone River near mile marker 452.

Rep. Derek Harvey, D-Butte, pointed out the "massive show of force" from workers around the state opposing the bill.

House Bill 568 would limit dispensaries to one per 1,000 county residents with a cap of 10 dispensaries per county.

The bill, brought by Republican Rep. Derek Skees, got its first hearing Thursday in the House State Administration Committee.

The Montana Senate on Thursday in party-line votes gave initial approval to four bills that would change access to abortions in the state.

Montana added 235 new cases of COVID-19 on Saturday, and more than 250,000 doses of vaccines have been administered in the state.

Homicide suspect Taylor Plainbull was arrested by Billings police at the Rodeway Inn Tuesday morning after a standoff with SWAT team members.

Homicide suspect Taylor Plainbull was arrested by Billings police at the Rodeway Inn after a standoff with SWAT team members.