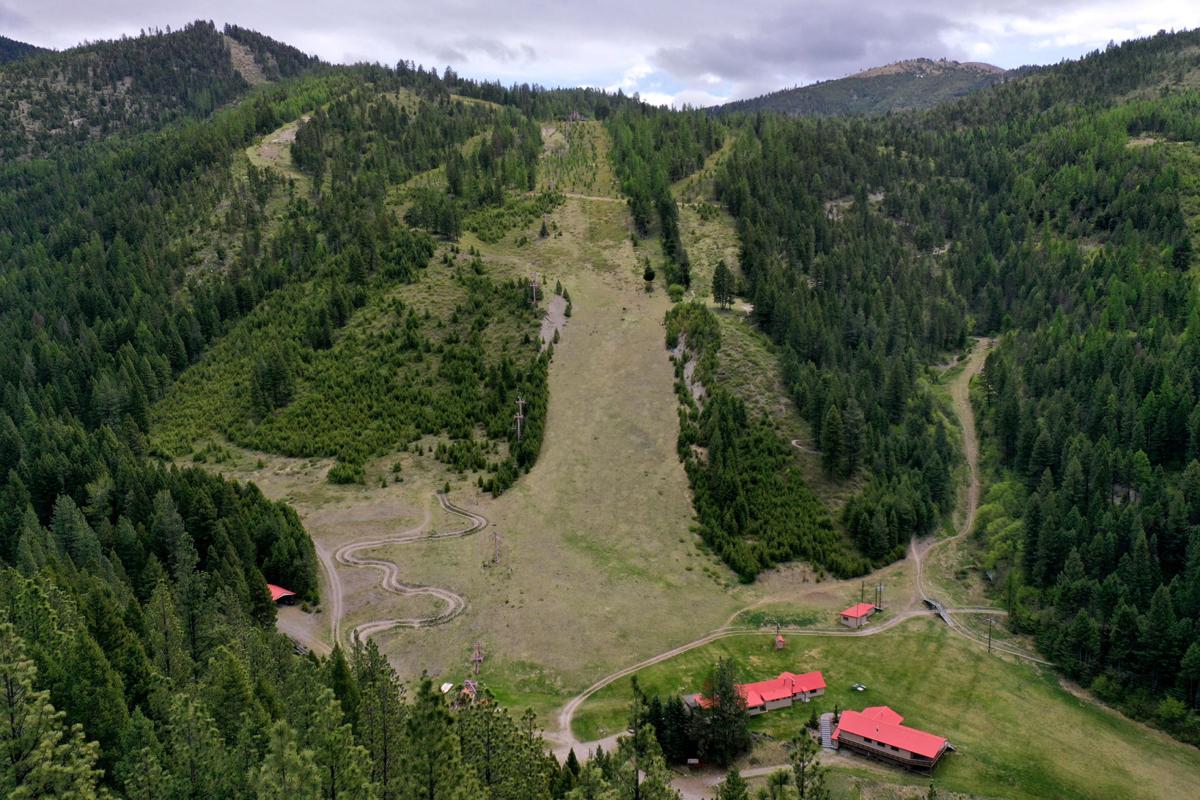 The lower 156-acre portion of the Marshall Mountain property in Marshall Canyon was recently listed for sale for $2.15 million and is under contract. Two local recreation groups are hoping to keep the space open to the public after hearing rumors of a potential buyer taking over the former ski area. 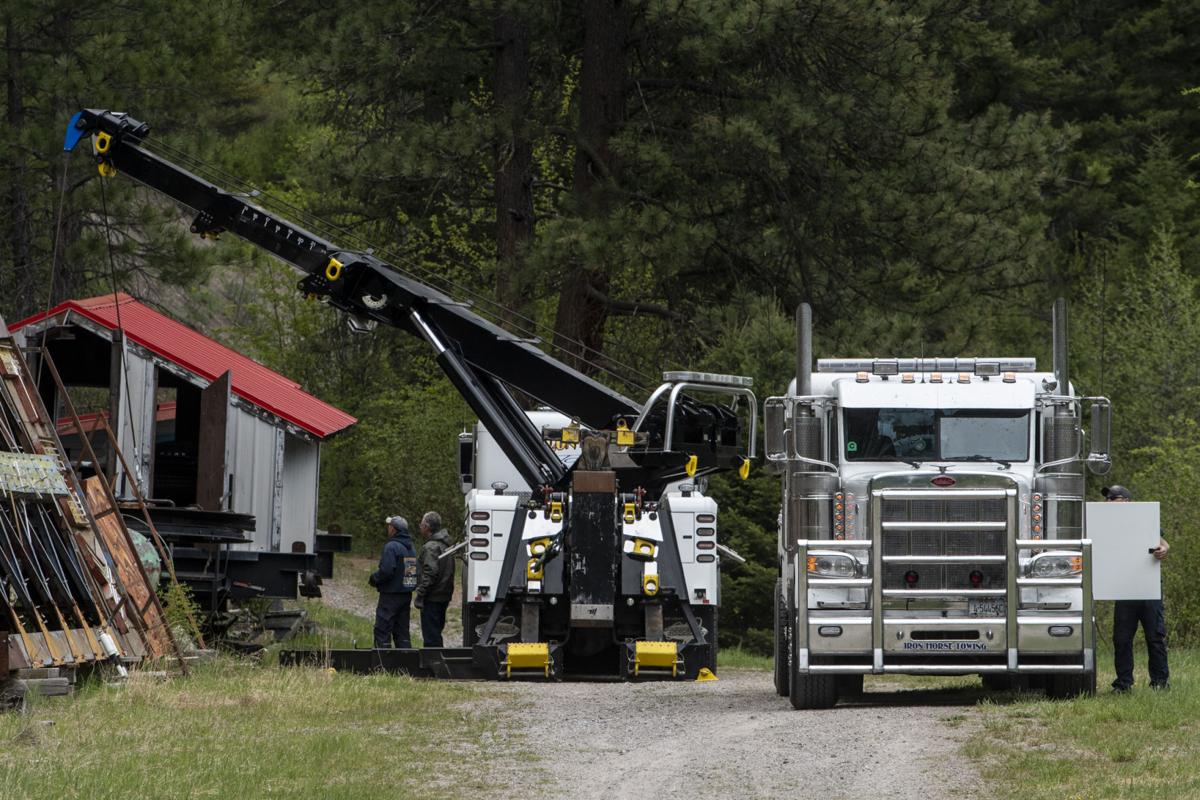 The former ski area has been closed since 2003 after operating for more than six decades. Backcountry skiers, hikers and mountain bikers frequent the area. 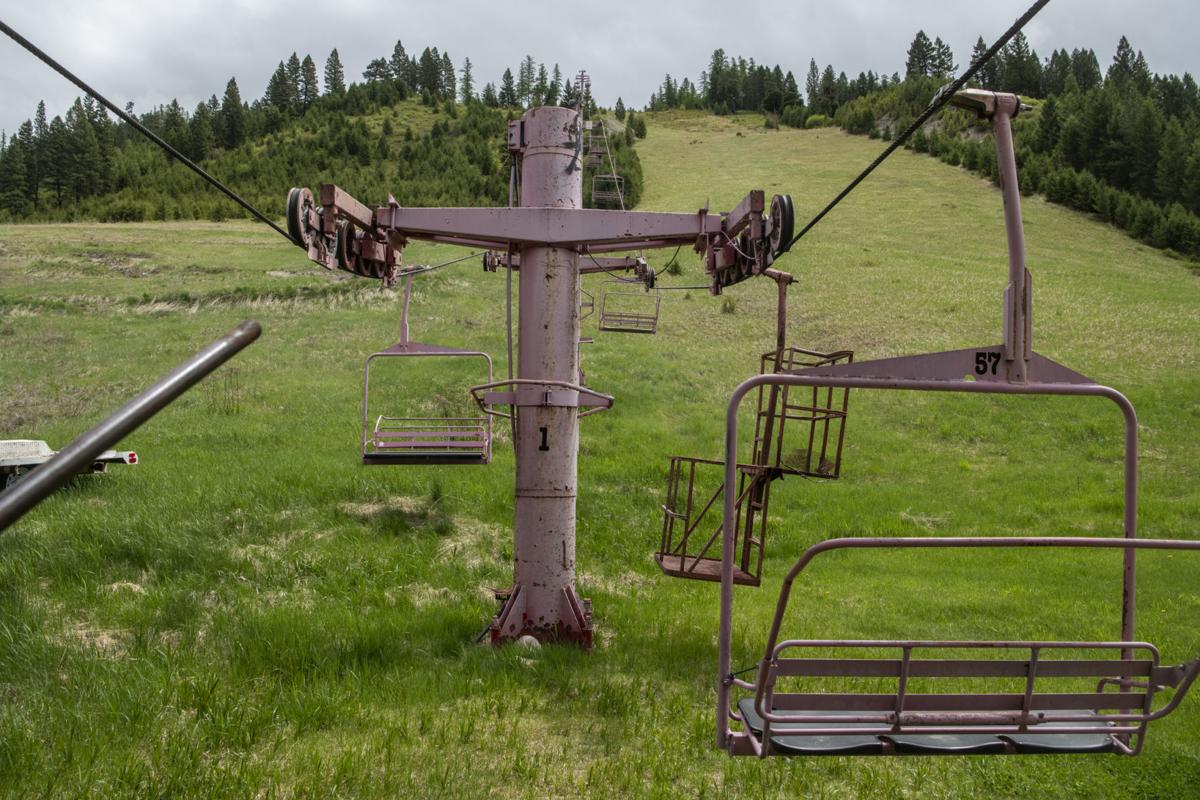 Missoula County voters approved a $15 million open space bond in 2018. Some hoped the money would be used for the Marshall Mountain parcel.

A Missouri doctor and his wife have sued the owners of Marshall Mountain in Missoula, alleging they breached a contract to sell the property.

In the civil suit filed in Missoula County District Court, Dr. Spencer Melby and his wife, Colette Melby, allege that Bruce and Kim Doering are trying to back out of a buy-sell agreement in order to accept a cash backup offer. The cash backup offer has been submitted by longtime Missoula developer Rick Wishcamper, who at one time owned The Wilma building downtown.

Wishcamper told the Missoulian he's trying to buy the land in order to hold it long enough for the city to buy the property. He and his wife Rika want to keep it open for recreational use.

The suit alleges that the Doerings, who are providing seller financing, want to grant a broad public access easement on the 156-acre property to numerous mountain biking groups "due to the historic use of the property by the public."

The Melbys also allege that the Doerings only added that requirement at a late stage in the process after an "attractive" cash backup offer came in.

The Melbys entered into an agreement to buy the property for $2.15 million. They say they have already packed up their Missouri house and are set to close by June 4 and that Dr. Spencer Melby is set to start work in Missoula in the near future.

The property owned by the Doerings is a former ski area just northeast of Missoula. It has been used by backcountry skiers and mountain bikers on an informal basis for many years. When news of the pending sale came out, local mountain bike and ski groups mounted a publicity campaign to try to halt the sale or get a firm agreement from the Melbys that the land would remain accessible.

The suit claims the Melbys approved a preliminary title commitment on March 12.

"In April 2021, The Melbys encountered obstacles with obtaining financing," the complaint states. "At least one bank the Melbys had engaged concluded that the challenges posed by the Missoula ski and bike community's concerns over future recreational access to the property presented too great a risk to extend financing. Consequently, the Melbys and Doerings began discussing seller financing with a contract for deed."

On May 6, the Doerings agreed to provide seller financing.

"After the Melbys and the Doerings executed the agreement, certain individuals and groups started raising concerns about their continued usage of trails located on public land adjacent to the property," the complaint states. "The Melbys met with several representatives of these groups in a collaborative, good-faith effort to address those concerns."

Then, the complaint alleges, a Missoula mountain biking enthusiast informed the Melbys that he had a wealthy friend interested in the property who would be submitting a backup offer.

Melby spoke with Bruce Doering and says in the complaint that Doering told him that the backup offer was an attractive cash offer. However, Melby says Doering agreed that he had a binding agreement with the Melbys to sell the property to them.

Dawn Maddux was acting as the seller's agent for the Doerings. Melby alleges that Maddux "repeatedly contacted the Melbys' agent to try and convince the Melbys to back out of the agreement to purchase the property."

The complaint states that Maddux was acting as the buyer's agent for the person who submitted the backup offer, meaning that if the backup offer was accepted she wouldn't have to split any commission.

The Melbys claim that when they were given a draft of the deed contract on the property, they found that the Doerings' counsel had "proposed extensive and onerous modifications to the draft contract for the deed."

"The Melbys were taken aback by the revisions," the complaint states. "The Doerings had requested additional provisions including an extremely broad public access easement."

They agreed to the bulk of the modifications with a few "careful edits."

However, on May 22, the Doerings decided to reject the Melbys' proposed revisions and terminated the agreement. The Doerings said they would return the earnest money put down and cover the cost of the Melbys' legal fees and inspection costs.

The Melbys claim they have suffered damages "in an amount to be determined at trial."

"The Doerings' last-minute demand for a broad public access easement provision to be included within the contract for deed is a transparent, pre-textual attempt to kill the deal for the purchase of this property by the Melbys so that the Doerings can accept the backup offer on the property in a cash-only deal on more favorable terms for the Doerings, and upon information and belief, for Maddux also," the complaint states.

Maddux told the Missoulian that there is no truth to the allegation that she is only trying to get a larger commission.

"The Melbys are disappointed and I get it," she said. "In the end they didn't come to terms. The seller didn't have any idea what kind of involvement the community would have. He's trying to do the right thing and I feel like they have been so generous over the years by being willing to let people use it."

"It's always been my client's goal to work with the community and allow access through the property," she said. "The current offer, which is a backup offer, is now in place which is a stronger offer and ultimately benefits our community. I am in support of this as is my client. I have chosen to donate a sizable amount of the commission to the organizations involved to help maintain this beautiful piece of Missoula."

Wishcamper said he's submitted a backup offer because he and his wife want Marshall Mountain to be of benefit to the conservation and recreation community in Missoula.

"I've lived here for 25 years and grew up in Superior," he said. "I'm really involved in Missoula. I love Missoula and I feel like it's a great place to contribute. My wife and I want to continue to make it a great place. This is an opportunity to make Marshall everything it has the potential to be."

Wishcamper said he's had some "informal" conversations with the city about eventually selling it. Nothing is certain yet because of the pending civil suit.

"Marshall is an incredible resource and we'd like to see the community be able to use and enjoy it in perpetuity," he said. "My wife and I would like to protect the mountain. We'd like to purchase it and hold it for the time it takes the city to put together a financial package to buy the mountain back from us."

A woman says she got into a heated argument with an older boyfriend she lived with in Dillon before she strangled him to death with a rope in January 2020.

Montana had more deaths than births in 2020 for 1st time

Early and provision data from the state health department and a report compiled by a demographer document the stark statistics for 2020, a year dramatically altered by the pandemic.

Police say the victim and the suspect in a fatal stabbing in Butte on Saturday had been in town about two weeks after coming here from Colorado.

The lower 156-acre portion of the Marshall Mountain property in Marshall Canyon was recently listed for sale for $2.15 million and is under contract. Two local recreation groups are hoping to keep the space open to the public after hearing rumors of a potential buyer taking over the former ski area.

The former ski area has been closed since 2003 after operating for more than six decades. Backcountry skiers, hikers and mountain bikers frequent the area.

Missoula County voters approved a $15 million open space bond in 2018. Some hoped the money would be used for the Marshall Mountain parcel.