Jim Moyle was “hunkered over” a radio at his kitchen table in Butte 50 years ago today, taping a radio broadcast of man’s first steps on the moon with his brand new cassette recorder. He was 14 then and the tapes still play today.

Joe Witherspoon, who now operates an observatory near Twin Bridges, landed in Oakland that very day in 1969, setting foot in America for good again after serving three years in Vietnam. He watched it unfold at his brother’s place in California.

Northey Tretheway was between 7th and 8th grades that summer and spent hours taking in the grainy images on an upstairs black-and-white TV in his house in Butte. He took pictures of the TV screen with a Polaroid camera — the ones that would spit out the picture.

Hey, they were high tech at the time, and he’s still got the photos today.

Like people all across America, folks from Butte and southwest Montana were glued to radios and TV sets when Neil Armstrong uttered a phrase that hasn’t been topped in meaning or magnitude in a half century:

“That’s one small step for man, one giant leap for mankind.”

“It is etched in my memory,” said Tretheway.

He also remembers thinking about Michael Collins, the astronaut who remained on the mothership in the moon’s orbit as Armstrong and Edwin “Buzz” Aldrin took those bouncy steps on its surface.

At one point, Collins was over the dark side of the moon, with no view of Earth or communication with anyone.

“There were two people on the moon and probably 3 billion on Earth at the time,” Tretheway said. “I thought he was probably the loneliest person in our solar system at that time.”

Although people across the world watched, the landing especially brought Americans together. The cold war and space race with the Soviet Union was raging at the time, and the threat of nuclear war was never far from thought.

In the U.S., it was not only a monumental achievement for mankind, it was a bonding in national pride at a time when the common enemy was the Soviet Union and communism, not the president or other political party at home.

All across America, The Associated Press noted that day in 1969, people tuned in together.

“Americans watched in homes, bars, night clubs, prisons, and on special sets or screens at race tracks, parks, plazas, airports and in one murder trial courtroom,” the AP reported.

The latter took place in Nashville, Tennessee, when a judge ordered a color TV set brought into the courtroom so a murder trial jury could watch the moon events.

At Yankee Stadium, where 35,000 people were taking in a game between the Yankees and Senators, the scoreboard lit up with the words “They’re on the moon.”

“Everything stopped as the stadium filled with cheers,” the story said. “Then they sell silent for a moment of prayer, then sang America the Beautiful.”

The Standard talked to folks in Butte that day, including retired school teacher Eva Williamson, who called it a “fabulous achievement.”

“I never thought I would see this happen,” she said that night.

Joey Kujawa, who was 9 at the time, said he thought he might make it to the moon someday.

“The astronauts are the most exciting thing that has happened on television,” he said.

They are memories now, but fond ones.

Don Peoples Sr. was vacationing with family and Jim Johnson at Seeley Lake that day.

“He and I were friends going way back and we went down to the bar to watch it,” Peoples said. “That was a real thrill to see that happening. It was amazing to me. It sent a real chill down your spine.”

Irene Scheidecker was 16 at the time and was visiting relatives at her aunt’s house in Livingston that day.

“We were just all frozen around the TV set, a whole big bunch of us,” she recalled. “It was more important than being outside running around. I remember the part where he stepped out (onto the moon) and said those famous words.”

Moyle remembers that at first, Walter Cronkite didn’t catch all of those initial words right away. Cronkite was not only reporting for CBS on television, his commentary was broadcast over the radio, too — including the one Moyle was listening to that day.

“I believe there was a seven-second delay from the time it was broadcast on the moon until it reached the Earth,” Moyle said. “This is on my cassette — you can hear Armstrong say, ‘One small step for man,’ and then Cronkite says, ‘What did he say?’ He didn’t even hear the most famous statement in the last 50 years.”

Cronkite, after getting the rest of the phrase from someone 30 seconds later, repeated it.

Moyle only recently rounded up the tapes from a desk drawer.

“I thought, ‘The chances of these working are pretty slim,’ but I have been through all three tapes and there doesn’t seem to be any distortion,” he said.

He hopes to have some of the audio transferred to a “newer form of technology” that might last even longer.

Witherspoon became fascinated with space and the stars when he was a kid growing up in Wheatland, Wyoming, and he tried to follow news of the space race with the Soviets all through the 1960s, including his time in Vietnam.

For several years now, he has operated the Cottontail Observatory from his home and 83-acre spread near Twin Bridges, holding “star-gazing” events and sharing his passion and knowledge of the cosmos.

On Saturday, the 50th anniversary of the moon walk, he plans to give talks titled “Apollo 50 — The Next Giant Leap.” The first one will be at 2 p.m. at the Butte Public Library’s Big Butte room and the second is set for 7 p.m. at the library in Sheridan.

He will share lots of facts about the Apollo 11 moon mission that were not publicized at the time and aren’t well-known today.

“Did you know that Neil Armstrong, when he first went out of the capsule when they landed on the moon, broke the ignition switch used to fire the rockets to get off of there?” Witherspoon asked. They fixed it with a plastic ball-point pen, he said.

When the astronauts splashed back down into the Pacific Ocean, he said, they did not emerge from the floating capsule wearing their space suits. A frogman had opened the hatch and thrown in biomedical suits for them to put on.

The fear at the time was they might have picked up lunar germs that could escape, so they were quarantined for three weeks following the mission.

“Those guys had to change clothes in that little capsule,” Witherspoon said.

Today, of course, Moyle’s cassette recorder and Tretheway’s Polaroid camera are obsolete. The computer that guided Apollo 11 was remarkable, no doubt, but there is as much basic, raw computer power in today’s cell phones.

Technology seems to be advancing at warp speed today, but has there really been a single event in the past 50 years to rival the one on July 20, 1969?

“To this day, I don’t think there is an equivalent achievement,” Tretheway said.

Woman goes public about abuse after settlement aimed at prevention

MISSOULA — There could have been a different Bella Butler. Maybe she’d be a college student in another state. Perhaps she’d bond with her room…

The website Politico on Tuesday reported Senate Minority Leader Chuck Schumer, D-NY, came to Montana over the weekend in an effort to try to convince the Democratic governor to run against U.S. Sen. Steve Daines this year.

Man gets 50 years in prison for decapitation death

For the first time in a decade, Montana schools are using fewer emergency authorizations than the year before as small, rural schools continue to struggle finding teachers.

A 61-year-old Helena man died in a single vehicle crash east of Butte on Monday morning.

A former employee of an emergency foster care program in Great Falls has been given a deferred sentence after hitting a 7-year-old girl in her care in January 2019. 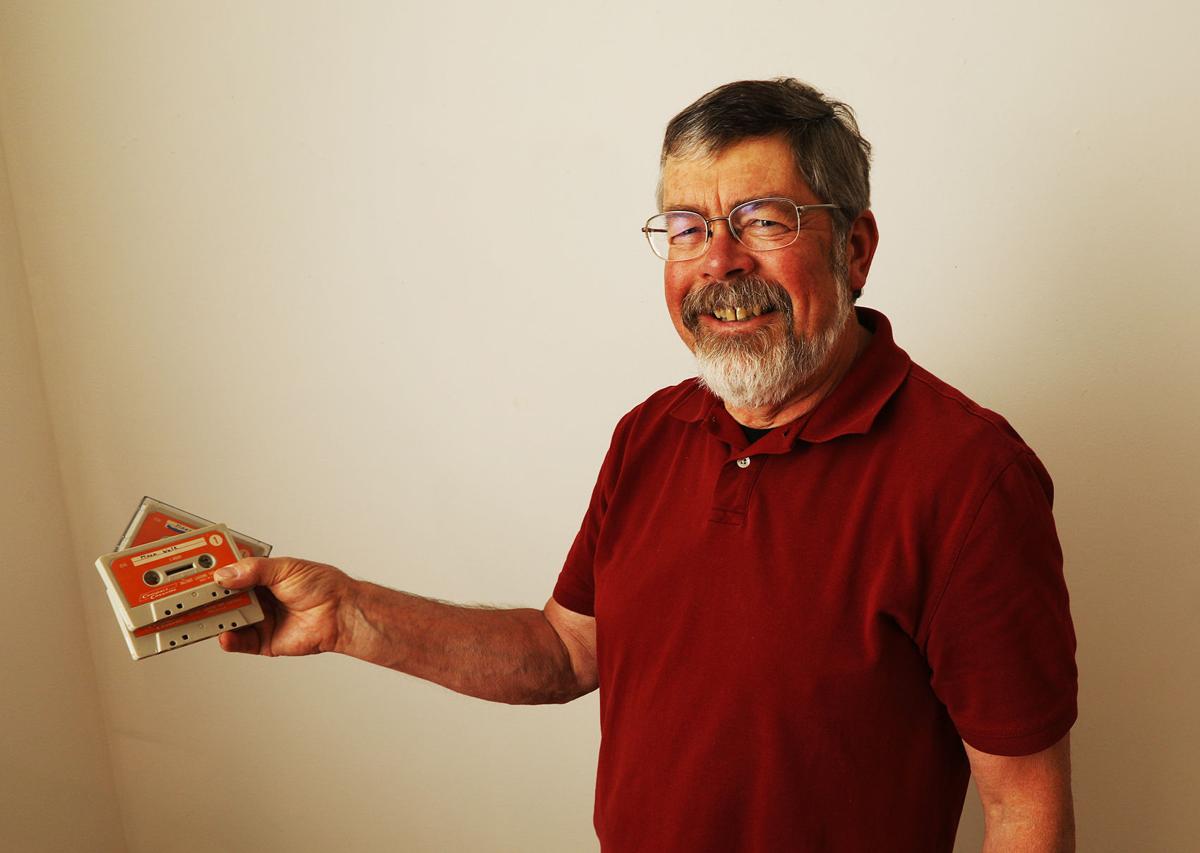 Butte's Jim Moyle is photographed with the cassette tapes that he made of the historic moon walk in 1969. The recordings will play during the public art show entitled "Moon" taking place at the Historic Clark Chateau. The event will feature the work of local artists, scientists, poets and musicians in commemoration of the 1969 moon landing. 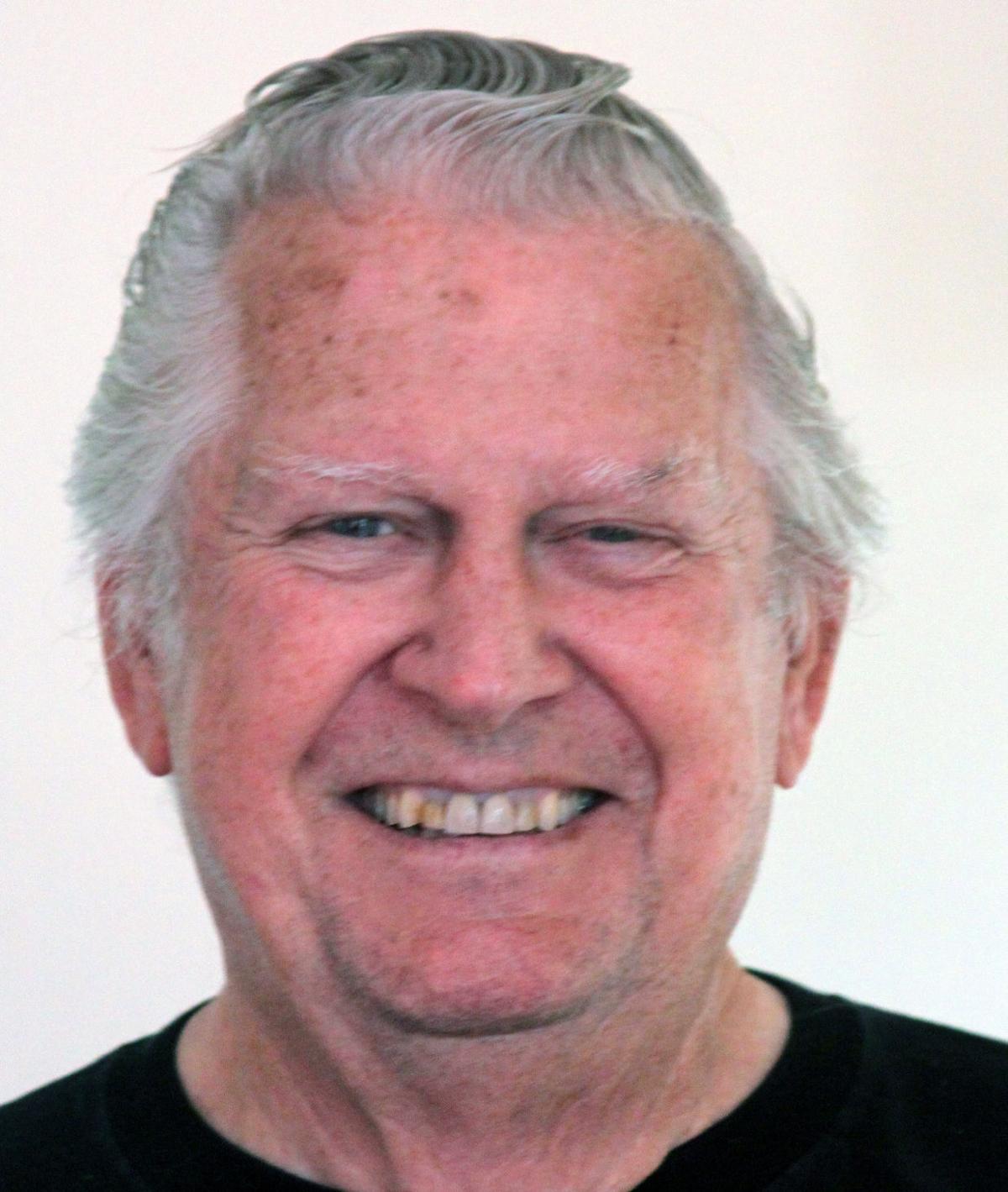 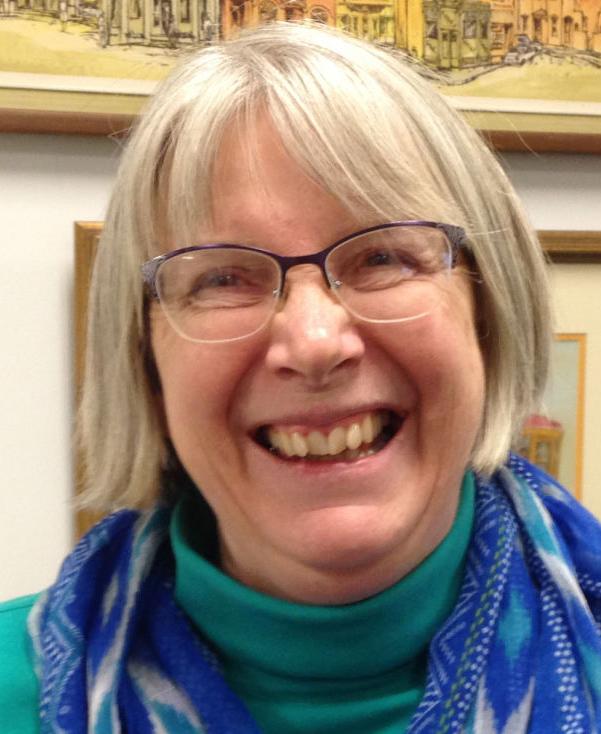 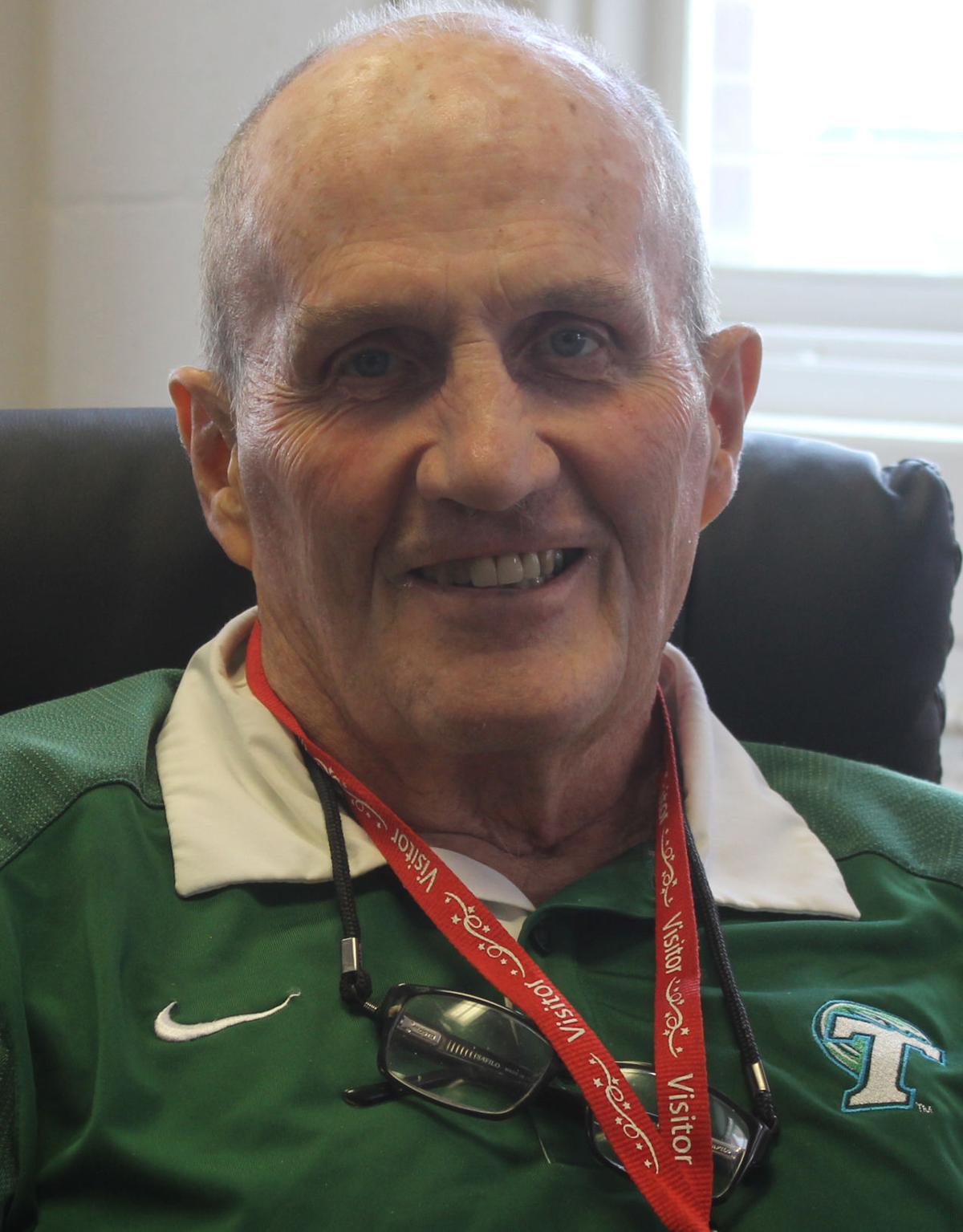 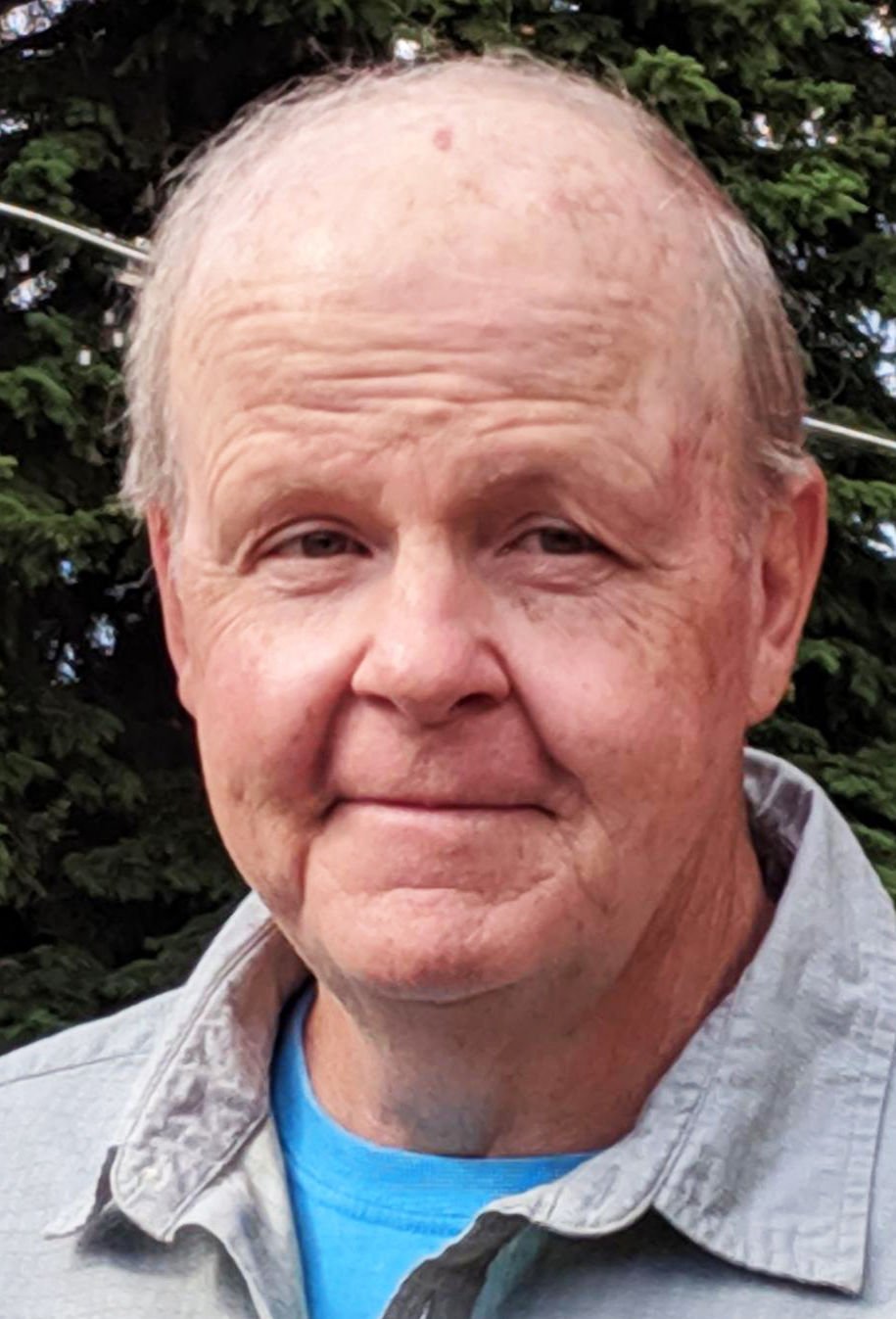