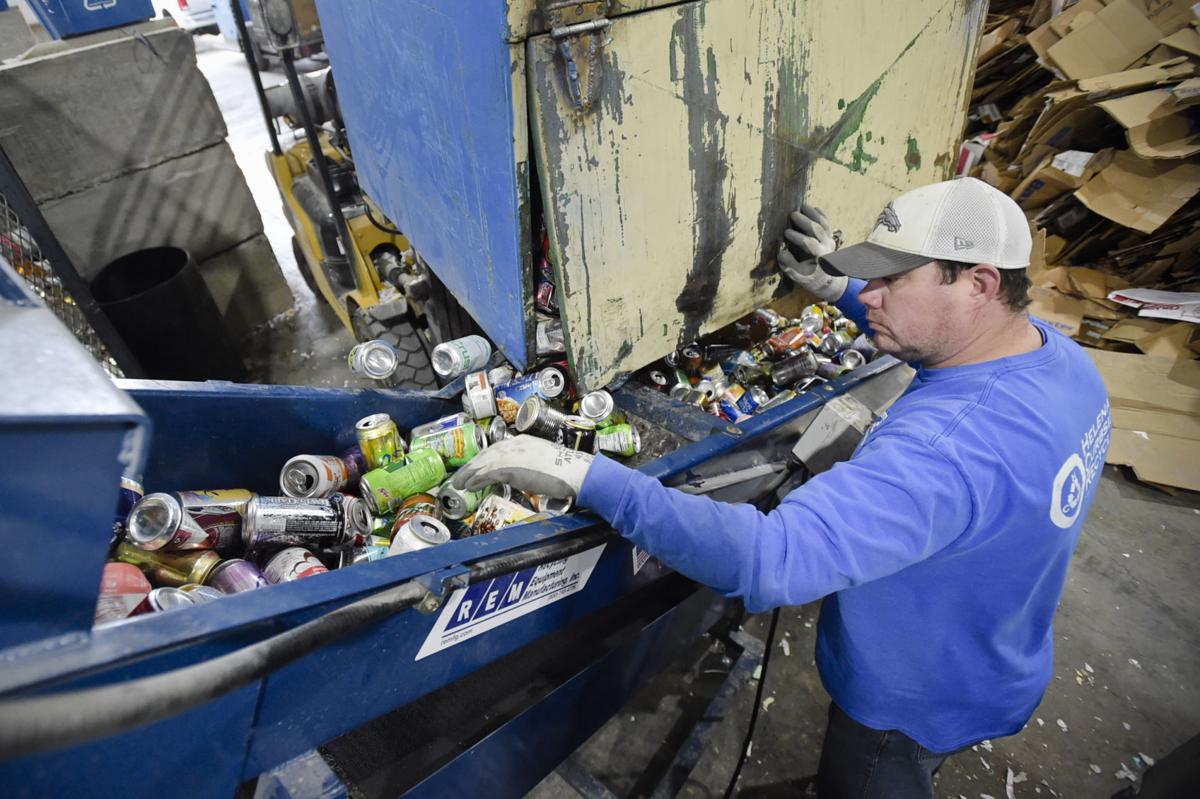 Josh Pocha runs recycled cans through a separator machine Wednesday afternoon at Helena Recycling. A new report published by the Montana Department of Environmental Quality shows each Montanan generates 9.7 pounds of trash a day, with 7.7 pounds going to a landfill and 2 pounds recycled. 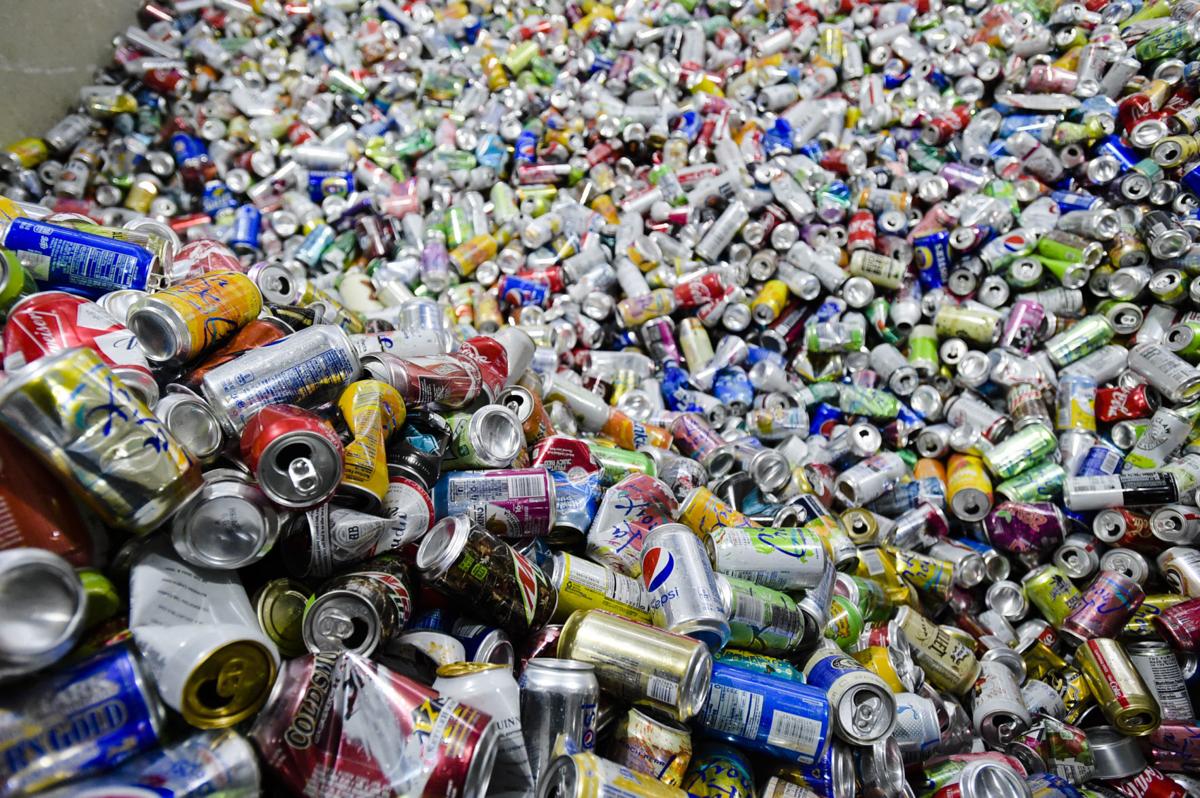 Long distances to recycling centers and gathering accurate data remain challenges to waste management in Montana, but state officials believe both urban and rural parts of the state have made significant strides in recent years when it comes to diverting recyclables from landfills.

The Montana Department of Environmental Quality recently released its 2018 Integrated Waste Management Report. The report looks at how Montana communities address solid waste and steps taken to foster recycling programs. First mandated in 1991 by the Legislature, the state releases an updated report every five years.

“It’s kind of an overview of all of the waste management in the state of Montana, but it also serves as a guidance document intended for state agencies (and) recycling groups and local governments as well,” said Dianna Robinson, materials management specialist at DEQ. “I’d say we’re doing pretty well considering the barriers that we face.”

Those barriers are primarily a product of Montana’s vast landscapes and low populations.

“One thing you need to have a successful recycling program is having an amount that somebody is going to buy from you,” Robinson said. “If you can’t get enough material in one spot for someone to want to pay to transport it to their center, which might be somewhere like Denver, Seattle, Salt Lake City, you have to make it worth their while.”

The state’s waste management strategy focuses on reducing waste, reusing or recycling and composting before material goes to a landfill or incinerator. Both state and nonprofits operate in Montana with education campaigns and training programs to encourage and implement recycling programs and efficient landfill operation.

According to the report, the average Montanan produced about 9.7 pounds of trash per day -- of which the state diverted 17.1 percent for recycling or other programs in 2016, the last year when data was available.

Percentages fluctuated several points each year in the report, but Dusti Johnson, also a DEQ materials management specialist, cautioned that tracking waste data is exceedingly challenging. Officials rely on voluntary surveys and responses are often spotty year to year, which is a national rather than Montana–specific issue, she said.

Garbage is also becoming inherently lighter than it used to be due to use of materials such as plastic rather than glass, making raw weight data difficult to compare. Johnson added that construction and demolition waste, which fluctuates with the construction market, can significantly affect percentages.

“So there is a lot of science that is involved actually in garbage, but overall Montana is doing a very good job for the dispersity between different communities and how far we are from the markets,” Johnson said.

Commodity prices where recyclables are bought and sold play a significant role in year-to-year fluctuations, she said.

Advancements in recycling are not confined to Montana’s urban centers.

Johnson pointed to a program in Eureka in northwest Montana that has managed to recycle about 70 percent of the community’s cardboard. That is partially by design, she said, as when setting up recycling programs they encourage outlying locations to focus on higher paying recyclables, and cardboard is on the upswing.

When it comes to successful recycling, it starts with the individual taking the time to correctly sort through materials.

“If you don’t know what’s supposed to go into your recycling bin, you can contaminate an entire batch of recycling,” Robinson said. “When that happens, it gets thrown away. There is not a magic machine that can sort every little tiny piece of your recycling.”

New levies raise Lewis and Clark County property taxes, but not as much as they could have

Lewis and Clark County taxpayers are paying more property taxes in fiscal year 2019 in part due to a number of new levies.

Helena city commissioners narrowed their search to replace outgoing Commissioner Rob Farris-Olsen on Monday, announcing the six residents to b…

East Helena teens film documentary about life in their hometown

Four East Helena teenagers filmed a movie that's lifelike, loving and connected to their sense of place in their hometown, and it's showing in…

ELLISTON — For some Montanans, a Christmas tree hunt isn’t complete without a trail-ready four-wheel drive, a winch and a few friends to help …

Josh Pocha runs recycled cans through a separator machine Wednesday afternoon at Helena Recycling. A new report published by the Montana Department of Environmental Quality shows each Montanan generates 9.7 pounds of trash a day, with 7.7 pounds going to a landfill and 2 pounds recycled.