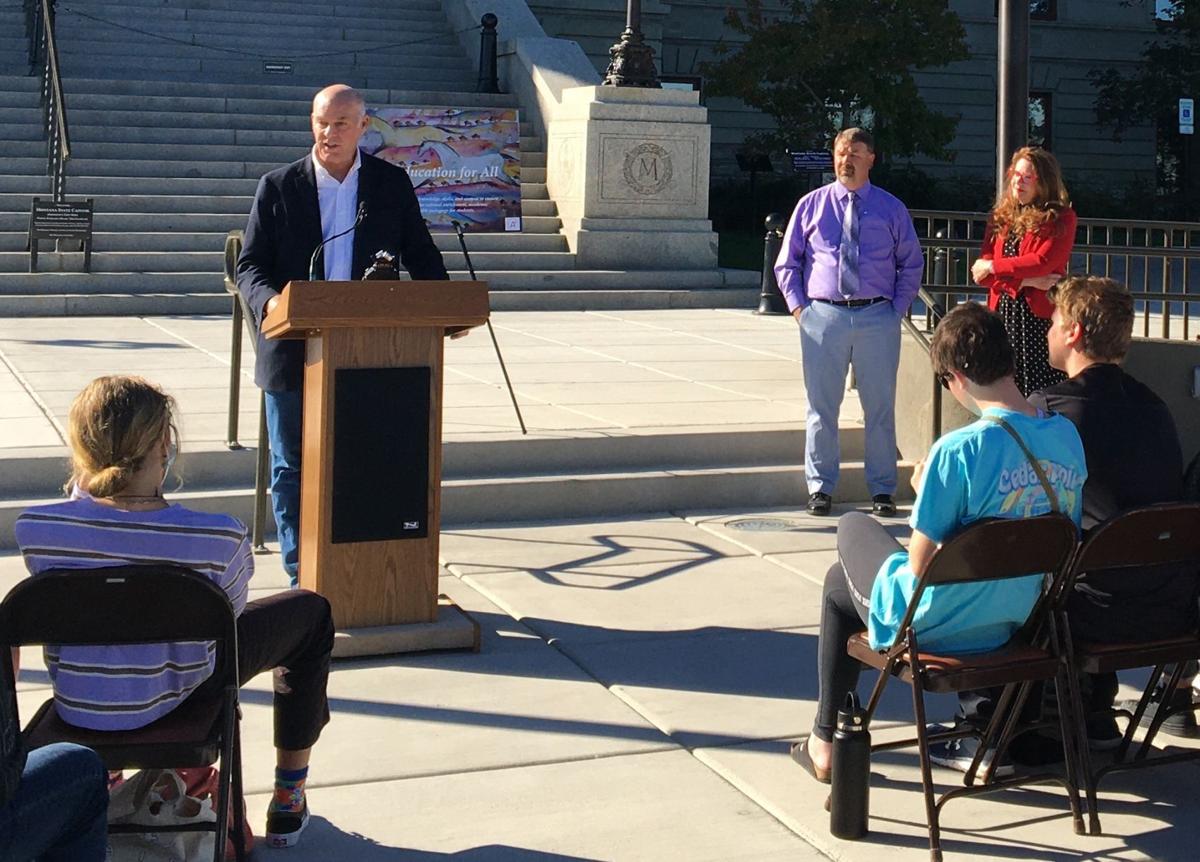 Gov. Greg Gianforte, left, speaks at a ceremony for American Indian Heritage Day in front of the state Capitol as Indian Education for All Director Zach Hawkins, center, and State Superintendent Elsie Arntzen, right, look on. 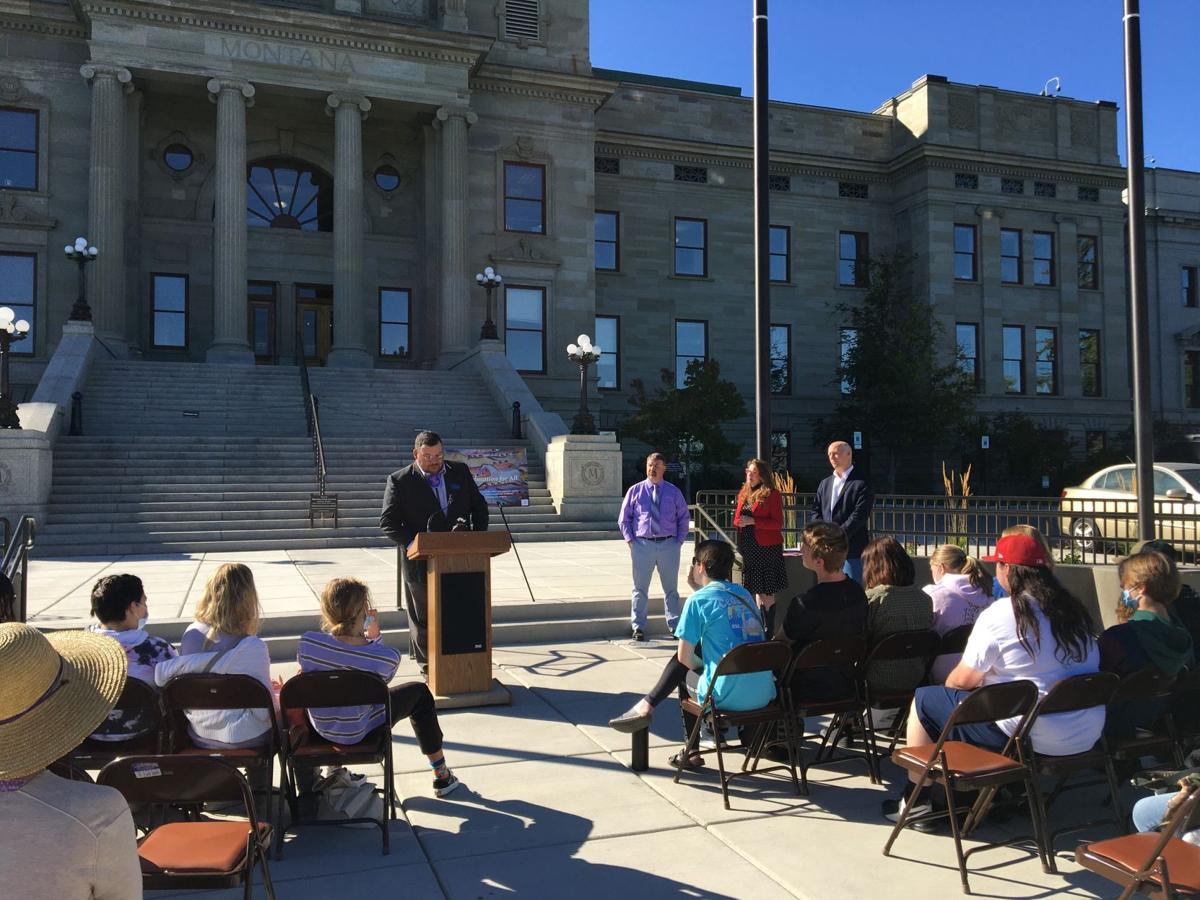 Montana officials marked the state's American Indian Heritage Day with a ceremony at the Capitol’s Tribal Flag Plaza on Friday.

Speakers included Gov. Greg Gianforte, Superintendent of Public Instruction Elsie Arntzen and state Sen. Jason Small, R- Busby, with students from Helena’s Project for Alternative Learning among the attendees. The ceremony was followed by demonstrations of traditional games for the students.

“Working with our tribal partners, we’ll continue to find ways to empower and support tribes in preserving their Native culture, just like we’re doing here today,” Gianforte said. “I’m honored to celebrate American Indian Heritage Day with all of you.”

Gianforte said he met with Crow and Blackfeet leadership in the last two weeks and hopes to have other tribal leadership visit as well. He called the plaza a symbol of tribes' contributions to the state and said the last year has shown the resiliency of Montanans, including Native business owners, farmers and ranchers.

Gianforte mentioned the 2021 State-Tribal Relations Report, released the week before, and passage of House Bill 671 this year, which included moving Montana’s Indian language preservation program from the state Department of Commerce to the Office of Public Instruction.

“We’re witnessing better opportunities in education, in economic development, access to health care, and we’re also making strides in the missing and murdered Indigenous persons problem that we’ve had for years and years," Small said.

Small discussed an opt-in school photo repository at OPI, which the state legislature created in 2019 for the sole use of having a picture in case a child goes missing. Out of more than 150,000 public school students, more than 27,000 or about 18% are in the repository, according to OPI.

“I just hope that any Native student that’s here, or listening or reading can believe that they can dream big,” Kuhl said.

Editor's note: This story was revised Sept. 28, 2021, to correct what percentage of students are in the OPI photo repository.

Helena contracted to drill wells near one of its water treatment plants to explore the groundwater supply ahead of a water rights deadline.

The Build Montana workforce program was showcased at the state Capitol Wednesday after its first run this spring, with plans to expand in the …

Water infrastructure projects in Helena and East Helena are in the works with money from the first round of state ARPA funds.

After a year hiatus, the Helena Clean Energy Expo and Sun Run are back this weekend to support and raise funds for renewable energy.

Amid growing interest from telecommunications companies to expand, Helena is adapting with a city ordinance for processing their applications.

Money from Montana’s portion of a multibillion-dollar emissions settlement is going toward replacing older diesel vehicles to reduce emissions.

Gov. Greg Gianforte, left, speaks at a ceremony for American Indian Heritage Day in front of the state Capitol as Indian Education for All Director Zach Hawkins, center, and State Superintendent Elsie Arntzen, right, look on.