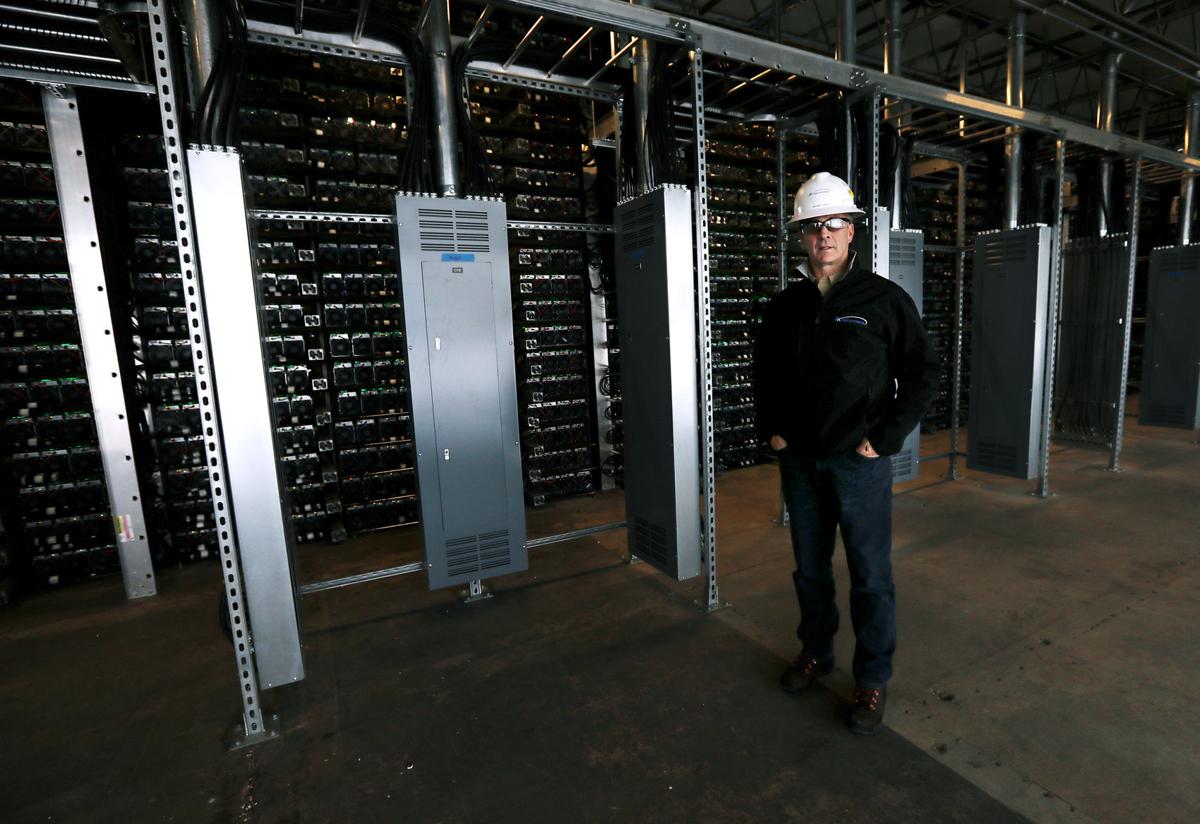 Rick Tabish wears safety gear as he stands in a corridor blowing cold air to thousands of computer servers at CryptoWatt in Butte. 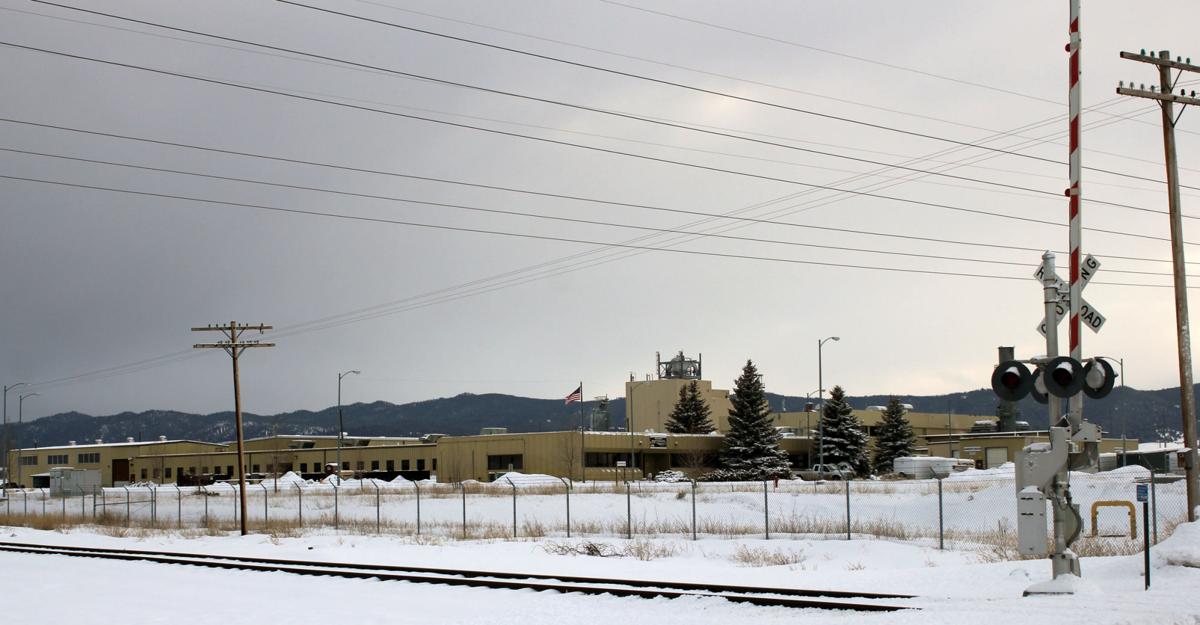 Editor's note: This story has been clarified to include a statement from the Hardin Generating Station owners.

A man indicted in New Jersey on federal charges of defrauding investors of $722 million in a cryptocurrency investment club is the majority owner of CryptoWatt LLC, the bitcoin mining operation at the former MSE site on Butte's south side.

The arrest of Matthew Brent Goettsche, 37, of Lafayette, Colorado has thrown the operation of the Butte plant into turmoil.

Butte's Rick Tabish and his company, FX Solutions, has actually operated the plant, first for former owner Dan Burrell and then for Goettsche after he bought it from Burrell. Tabish said Thursday he was "blindsided" by Goettsche's arrest and indictment.

A reading of the indictment indicates that the charges against Goettsche and four others who operated the BitClub Network had nothing to do with the Butte bitcoin plant. But because of Goettsche's role, the plant's operations are up in the air.

Tabish said Thursday that Goettsche owes him a lot of money.

"My exposure here, between this and other properties, is in the millions," he said. "But I'm paying my people. My payroll is $50,000 a week and I'm paying it."

Tabish said he is involved with Goettsche in two other Montana bitcoin mining projects — one in Hardin and one in Broadview.

("While Goettsche had expressed interest in the power supply at Hardin, there was never any contract, commercial agreement or financial arrangement of any kind between him and the Hardin Generating Station," owners of the generating station said Friday.)

While Tabish is not a part-owner in CryptoWatt, his position as the manager of the Butte plant means he will take action to try to keep the plant operating, possibly including assuming control of the organization.

"If the facility shuts down we all lose," he said. "I want to protect the integrity of the facility, and the interests of our employees, the vendors, everybody who works there. The operating budget of that plant is around $250,000 a month. That's a lot of money for the Butte economy and I'm going to do everything I can to keep it going."

He said that if the facility is idled for an extended period and loses its power transmission agreement, "That business will never come alive again."

Tabish said he would take legal action if necessary to protect the Butte facility.

"The nefarious acts of the owner involving a completely separate entity" should not victimize loyal local workers, he said.

Tabish said he was working with a minority stakeholder to make sure the Butte situation remains stable. He added that he had been in the final stages of negotiating a new power contract for CryptoWatt.

The plant has been closed for a week because power costs were outstripping bitcoin revenue.

While the Butte plant is a state-of-the-art bitcoin mining facility, the servers running in it could be replaced with newer models to increase output. Tabish has been working on that project, which carries a $60 million price tag, for months.

Tabish said he is being represented by Kris A. McLean of Missoula, a former assistant U.S. attorney. "We are cooperating completely" with federal authorities who are investigating Goettsche, Tabish said.

The New Jersey indictment names Goettsche; Jobadiah Sinclair Weeks, 38, of Arvada, Colorado; Joseph Frank Able, 49, of Camarillo, California; and Silviu Catalin Balaci, no age given, who was arrested in Germany.

According to the indictment, Goettsche created and operated BitClub Network, "a worldwide fraudulent scheme that solicited money from investors in exchange for shares of pooled investments in cryptocurrency mining." It said the scheme "rewarded existing investors for recruiting new investors."

According to the indictment, Goettsche told Balaci that "we are building this whole model on the backs of idiots" and further referred to the investors as "sheep."

The indictment relates a conversation in which Goettsche directed the unidentified conspirator to "drop (bitcoin) mining earnings significantly starting now" ... and "we retire RAF (rich as f---)!"

At another point, Goettsche directed Balaci to "bump up the daily mining earnings starting today by 60%," to which Balaci replied, "That is not sustainable, that is Ponzi" territory, and "fast-cash-out Ponzi ... but sure."

Defendants Weeks and Abel created videos and traveled around the world to promote BitClub Network, the indictment alleges. Abel assured potential investors that BitClub Network was "too big to fail." The club had thousands of investors.

The club's marketing materials promised almost instant riches, including a scenario in which an investment of $3,599 could be turned into $250,000 in three years.

"I'm awful proud of that facility," Tabish said Thursday. "It's in everybody's interest that it goes forward as a functioning asset."

Montana added an additional 14 cases of the novel coronavirus by Sunday night for a total of 161.

Rick Tabish wears safety gear as he stands in a corridor blowing cold air to thousands of computer servers at CryptoWatt in Butte.