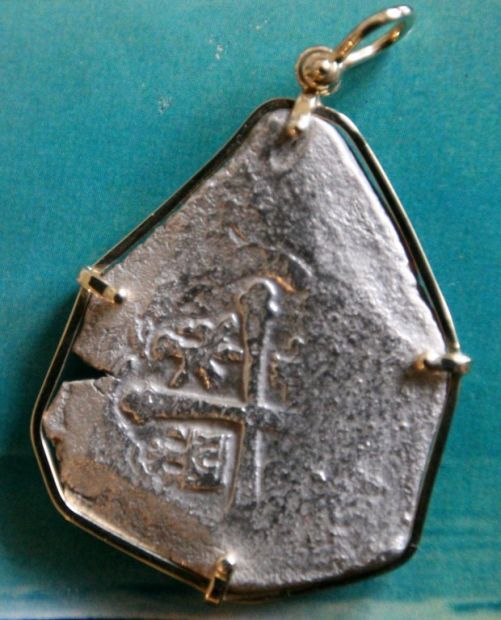 Evelyn Grovenstien's Spanish "piece of 8" silver coin similar to the one missing from her brother's room after he passed away last month. 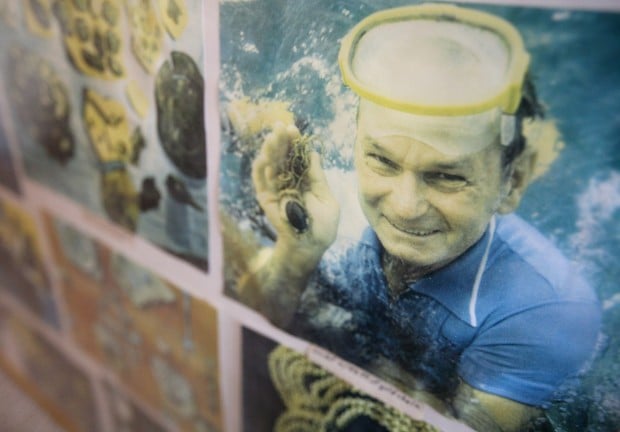 A display of photos of Harold Holden and his diving finds.

BILLINGS — The silver Spanish coin that Harold Holden found while diving off the Florida coast had been missing for nearly 300 years.

Now it's missing again, and his family would like it returned.

Holden, a Florida construction supervisor whose hobby was diving for treasure, died Jan. 10 in a Red Lodge nursing home at age 88.

When his sister, Evelyn Grovenstien, of Billings, went the next day to collect his belongings, the silver coin Holden wore daily on a chain around his neck was gone.

"He wore it all the time," Grovenstien said. "I don't think he hardly ever took it off."

The Red Lodge Police Department is investigating the matter at the Cedar Wood Villa nursing home as a theft, a spokesman for the agency said.

Officers continue to interview employees, but so far the necklace remains lost.

The coin, also known as a Spanish piece of eight, was verified to have come from a fleet of Spanish ships that was sunk by a hurricane off the Florida coast in 1715.

Hundreds of sailors died in the disaster, which scattered the ships' cargo of gold and silver coins across the ocean sands just a few hundred yards from shore.

Some of those coins continue to be found, and Holden was among those who made a hobby of diving in the area to search for the treasure.

Holden found several coins and other relics through the years, and he shared the items with his family. Grovenstien has several coins from her brother's adventures, including one that is very similar to the coin her brother wore on a chain.

Grovenstien said her brother may have taken the coin necklace off a couple days before he died because he was having trouble breathing. She was told by the staff at the nursing home that the necklace had been placed in the drawer of a nightstand next to his bed.

When Grovenstien went to gather her brother's belongings, she was met by two staff members who immediately told her of the missing necklace. They encouraged her to make a report to the police, she said.

Grovenstien isn't necessarily interested in punishment, but she would like the coin and necklace her brother cherished returned so she can pass it along to members of her family.

"I would very much like to have it back," she said.

A change in host for popular 'Backroads of Montana' program

The network will air a special program Wednesday, Dec. 1 at 8 p.m. to mark the transition.

Caldera chronicles: The largest landslide in the world

Yellowstone is well-known as one of the largest volcanic systems in the world. Few people know, however, that the largest-known subaerial landslide on Earth is located just next door.

Montana labs testing for all virus variants, including omicron

The new variant of the COVID-19 virus has not yet been detected in Montana.

The woman's lawyer said her client was not politically motivated, but instead wanted to "ruin" an ex-boyfriend's evening.

Evelyn Grovenstien's Spanish "piece of 8" silver coin similar to the one missing from her brother's room after he passed away last month.

A display of photos of Harold Holden and his diving finds.