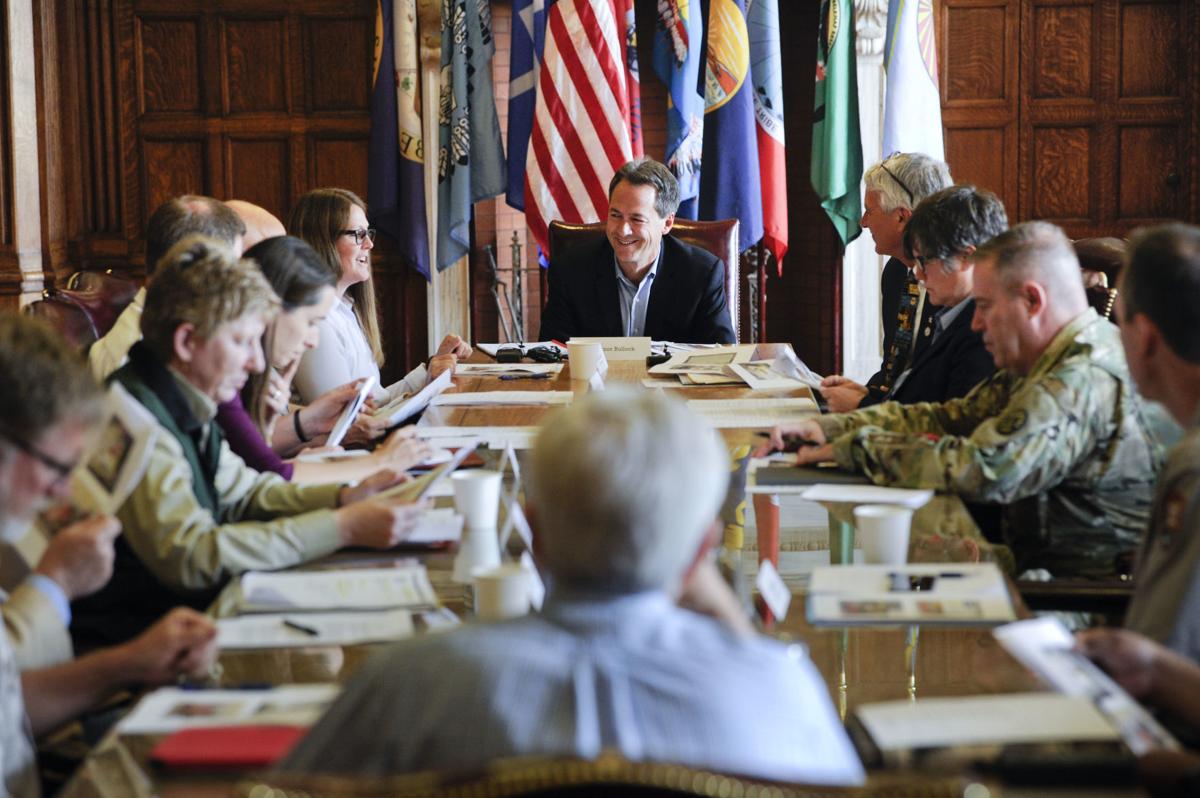 Gov. Steve Bullock meets with local, state and federal officials Friday at the state Capitol for a briefing on the upcoming wildfire season. 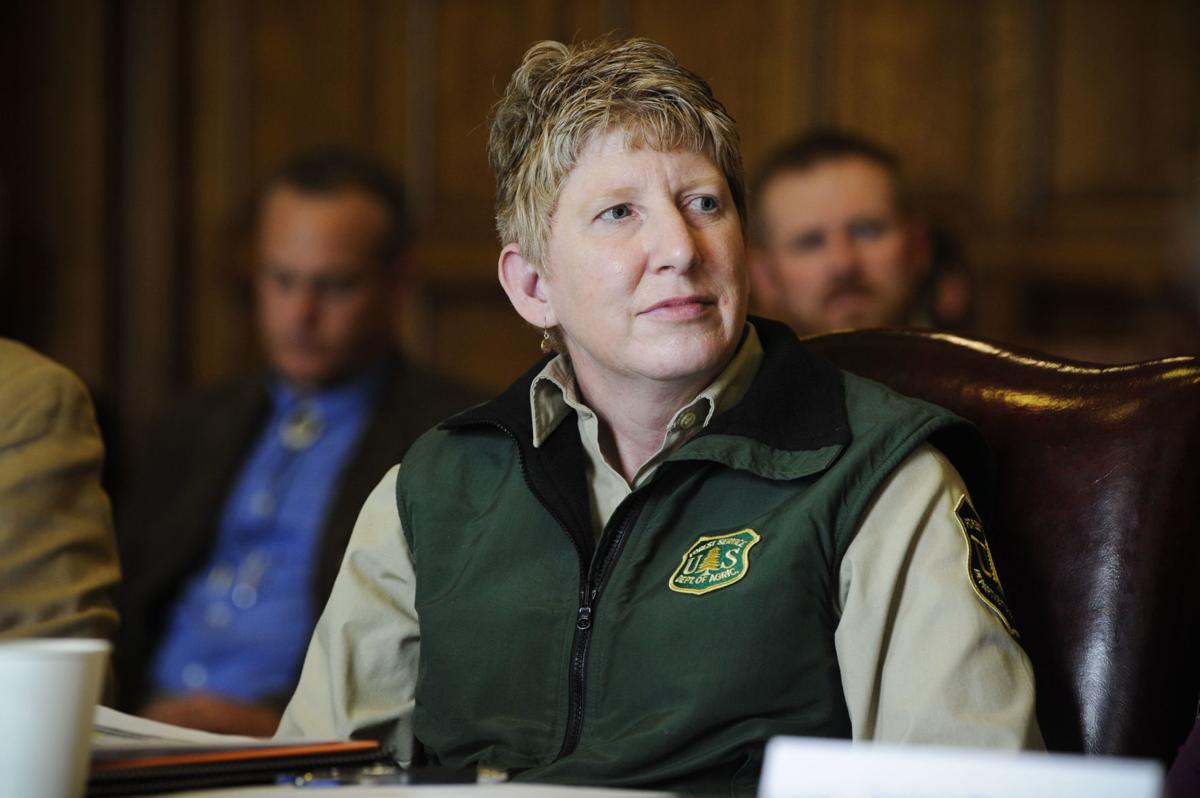 Regional forester Leanne Marten  sits in on a wildfire season briefing at the State Capitol Friday.

Gov. Steve Bullock held the annual state fire season briefing at the Capitol, which included a roundtable of state, local, tribal and federal fire officials to gauge their preparedness for the upcoming summer. Along with details about numbers of firefighters and early weather outlooks, highlighting the meeting was climate change and its associated challenges maintaining a firefighting workforce.

The briefing was more about preparedness for fire season than predictions, Bullock said. No firefighting agency can expect to be successful on its own and cooperation is important when facing the uncertainty of wildfire over the next few months, he said.

Early in his remarks Bullock noted that the job of firefighting is changing across the West.

“As fire seasons have gotten longer, and by many stretches more severe, the duties that face each of our teams to just from a seasonal issue to actually a year-round responsibility to train, prepare, respond and recover from fires continuously, ” he said.

Another critical part of Montana’s firefighting strategy are rural volunteer departments. Like much of the country, volunteerism is on the decline in the state and volunteer stations are tasked with doing more with fewer personnel.

In an average year Montana sees about 1,800 wildfires with approximately 360,000 acres burned, said Colleen Haskins, meteorologist with the U.S. Forest Service. Last year was a relatively quiet one, with only about 147,000 acres burned, which differed from early season predictions of an above average fire year. That was primarily due to weather patterns that pushed lightning to the south, she said.

Trends across the state this year have officials concerned about prolonged dryness in northwest Montana while the remainder of the state is forecast for an average fire season, Haskins said, adding that a predicted weak El Nino favors a cooler and wetter summer.

But does cooler and wetter actually equate to closer to normal when rising summer temperatures are factored in? Haskins thinks so.

July temperatures have risen 3.5-4 degrees warmer than long-term averages and precipitation has trended down about one-third of an inch, she said. She emphasized that temperature and precipitation are only two of many factors in wildfire season, pointing to last year’s dip in lightning that removed the ignition source for many fires.

“We have to address climate change,” Bullock replied when asked about long-term firefighting strategies and citing a 2050 goal of zero net emissions across the globe.

The state's seven biggest fire seasons have happened since 2000, including the 2017 season that was caused in part by a flash drought, after the state was expected to have "normal" fire conditions. About $400 million was spent fighting fires that burned about 2,200 square miles and 140 structures.

Sudden drought and thunderstorms are harder to predict, Haskell said.

"Most of the acreage (burned) is due to ignitions by lightning," Haskell said. "Unfortunately, we can't predict that more than seven to 10 days out," adding that more research is being done.

Recent research has also suggested that some forests may have trouble regenerating post fire due to higher temperatures.

In terms of staffing fire crews, a nearly 80-day longer fire season poses significant challenges in a model that traditionally employs college students and teachers during the summer, said John Tubbs, director of the Montana Department of Natural Resources and Conservation.

In preparing for this summer, federal officials noted some difficulties following this year’s 35-day federal government shutdown and getting firefighters certified, but said they are still on track to be ready.

“My observation of those crews is that they’re more than ready, they’re rocking and rolling ready,” said John Mehlhoff, state director for the Bureau of Land Management.

Regional forester Leanne Marten said she was optimistic about agreements between the state and Forest Service to increase the pace and scale of forest management. Two state programs, Forests in Focus 2.0 and Good Neighbor Authority have amplified the state’s roll in logging and prescribed burning projects on federal lands.

“We’re seeing that same energy and same type of philosophy across everything that we’re doing out there to address the forest health crisis,” she said.

While fire is an important part of ecosystems, officials want to see more prescribed fire as part of protection strategies as well as work in areas where communities meet forests.

Communities have a role, as well.

"We need people to understand that there are not enough resources in Montana for us to firefight our way out of this," said Mike DeGrosky, the DNRC's Fire Protection Bureau chief. He said communities are going to have to plan for wildfires in case outside crews aren't available.

While the snowpack and cooler temperatures look promising right now, "it can change so quickly," said Lt. Gov. Mike Cooney.

The good news is the various agencies are prepared to work with each other, he said.

"We're not going to always agree with each other, but we agree on one thing — we're going to be there to help each other," Cooney said.

Amy Beth Hanson of the Associated Press contributed to this story.

Police chief: Helena much less dangerous than some websites claim

Some websites can make cities such as Helena appear much more dangerous than they really are, Helena's interim Police Chief Steve Hagen told t…

Kristi Ponozzo will enter the director’s chair Wednesday for the city of Helena’s parks and recreation department.

Elite Hotshot firefighters from Montana are among the crews on the Chuckegg Creek fire in northern Alberta.

Gov. Steve Bullock meets with local, state and federal officials Friday at the state Capitol for a briefing on the upcoming wildfire season. 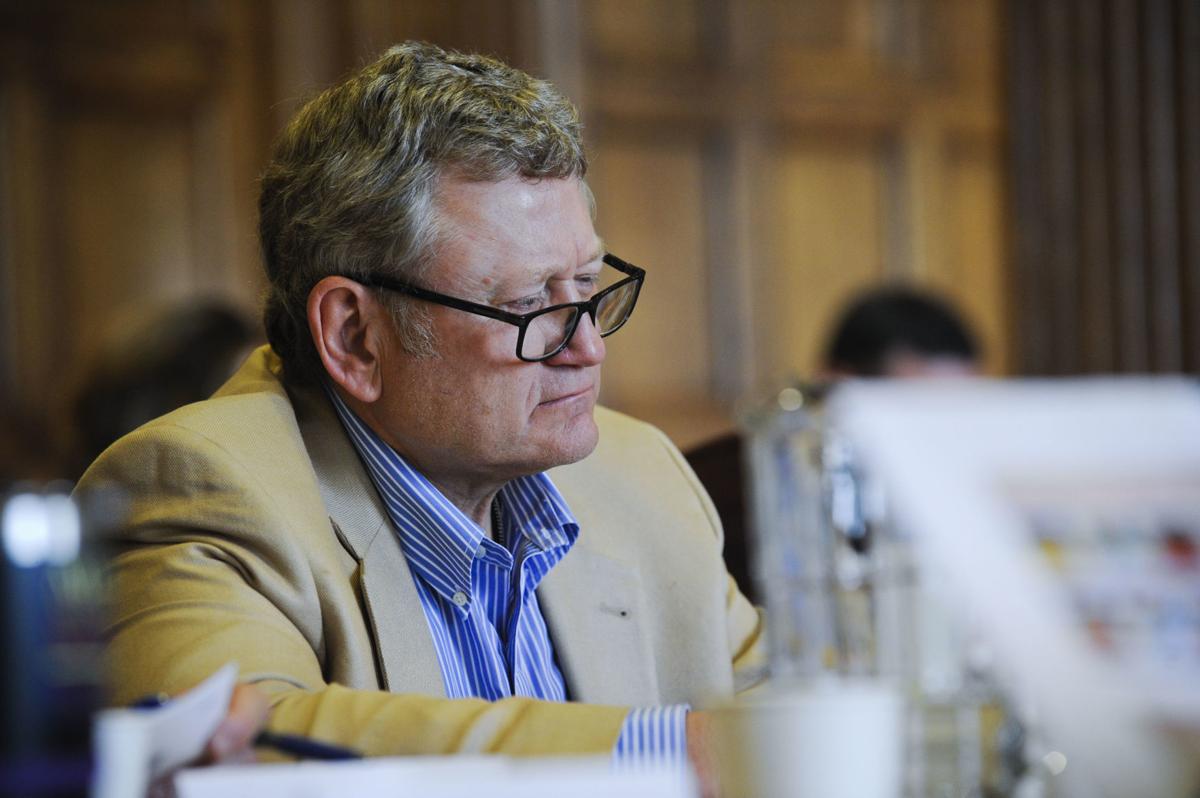 John Mehlhoff, state director for the Bureau of Land Management, sits in on a wildfire season briefing at the State Capitol Friday.

Regional forester Leanne Marten  sits in on a wildfire season briefing at the State Capitol Friday.