Divisions among Montanans regarding how elk should be managed on private lands were center stage in a short Sept. 24 Fish and Wildlife Commission meeting.

At issue was the commission’s approval of 10 free either-sex elk tags to three Montana ranch owners in exchange for limited public hunting access to their lands.

“These are, in the minds of a lot of Montanans, heading toward privatization and commercialization of wildlife, which … is the death of our fish and wildlife management,” said Commissioner Pat Byorth of Bozeman.

Byorth went on to say that to “ramrod” a meeting through at 7:30 a.m. on a Friday after notifying the public only two days earlier may not violate the state’s open meeting law requirements for notice, but does violate the spirit of the law.

“We want to make sure the public has notice and a right to be heard,” he added.

Commissioner Pat Tabor, of Whitefish, took issue with Byorth’s use of the word “ramrod,” calling it an inappropriate term. He said the Department of Fish, Wildlife & Parks and the commission has been attempting to be responsive.

“This is about increasing public opportunity, and getting into areas that historically have just been untouchable,” Tabor said. “And it’s starting down a pathway of finally getting to a meaningful relationship with private landowners that heretofore, some of the policies have been so offensive that it doesn’t cause the private landowners to want to partner with the department or the commission.

“So I applaud the department for making this effort, and I think it’s in the right direction,” he said. “It’s creating opportunities for folks that they would never have.”

The reason the meeting was scheduled so quickly was to accommodate Commissioner K.C. Walsh’s travel schedule, he said. Commission chairwoman Leslie Robinson said the group was also acting quickly to allow the landowners to use the elk tags this season.

Eight free either-sex elk tags were awarded to the Wilks Ranch, which is spread across Fergus, Golden Valley and Musselshell counties and hunting districts 411, 511 and 530. Owned by brothers Farris and Dan Wilks, their N Bar Ranch contains one of the largest elk herds in Montana.

In exchange for the eight free bull tags, the Wilks will allow eight either-sex elk permit holders “from a group to include first-time hunters from the hunter safety program, Wounded Warrior program recipient, Big Hearts Under the Big Sky trip recipients, Montana Hope Project trip recipients, other non-profits, firefighters, law enforcement, and other regional community members who contribute to the success of the ranch,” according to the FWP agreement. In addition, 16 antlerless elk license holders will be selected by the department from a list of applicants to hunt on the ranch for no more than five days during the rifle and shoulder seasons.

Similar agreements were approved for one free either-sex elk tag each for the Pinwheel J Ranch and IX Ranch, both in north-central Montana’s Hunting District 690-20. In exchange, they too would offer an either-sex elk permit to one of the same groups listed above, as well as allowing FWP to pick two cow elk hunters.

The either-sex permits are not taken from the amount allotted to the public during annual drawings, instead they are in addition to those permits already awarded.

Jeff Wagner, of Lewistown, called in to the commission meeting to voice his opposition to the agreements.

“I think these are setting a really bad precedent going forward,” he said, saying the agreements weren’t fair to the public. “These are the people harboring elk causing problems for the department.”

Thomas Baumeister, representing the Montana Chapter of Backcountry Hunters and Anglers, decried the tags. In a letter to the editor published in the Helena Independent Record, he wrote, “At last, the Wilks Brothers got what they wanted but money couldn’t buy: the guaranteed opportunity to hunt trophy elk on their ranch.”

He went on to say that using bull elk to incentivize the landowners would lead to a lack of public access rather than increase it.

As a former FWP employee, Baumeister said he is worried the agency is providing little oversight of the agreements and he worries that biologists who help craft hunting regulations are not being involved in the process.

“The biologists develop these season recommendations to begin with,” he said. “It always starts with them, but in this case it does not. It goes the other way” with the administration orchestrating the agreements.

Havre resident Aaron Wittmer said the HD 690-20 either-sex tags were coveted by hunters since there are so few available. He said the department was giving away the precious resource for a “short benefit to the public,” especially considering that there is a lot of state land on the IX Ranch that is already open to public hunters. He suggested the tags only be given out for providing more hunter opportunity, like 100 hunter days.

Under state statute, which was modified by the last Legislature, for each free permit given to a landowner they must allow three public hunters, allowing the landowner to pick one of the three. Prior to being modified, the statute required four public hunters for each landowner tag.

FWP administrator Ken McDonald said the legislative changes to the statute has made the public hunting access agreements more popular. He said because of the nature of the agreements, regional biologists are not involved in the process, although he noted FWP director Hank Worsech has stated he wants to get a more structured process in place.

“Hopefully we can get this worked out soon,” Worsech told the commission. “But we’ve got so many of these just hitting us and we’re really just not prepared for it in the regions or anything else on how to do these ... I’m really trying to understand what our roles are on this thing.

“I don’t really know the wiggle room of the commission other than if it’s something to do with a number … if the number is too high of a take for the area, I don’t know what else we would be disapproving or agreeing on with it. We need to look into it a little bit more.”

A Drug Enforcement Administration agent from Colorado was charged Tuesday with felony assault with a weapon for reportedly pulling his government-issued handgun on a man at a Bozeman bar while he was intoxicated.

A jury has awarded $16.6 million to a victim of child abuse after state failed to  investigate abuse allegations before the child suffered a traumatic brain injury that led to blindness, developmental delays and seizures.

US panel weighs whether to OK Merck COVID-19 pill

US panel weighs whether to OK Merck COVID-19 pill

Gorillas at Prague Zoo given Christmas Trees to celebrate the season

Gorillas at Prague Zoo given Christmas Trees to celebrate the season 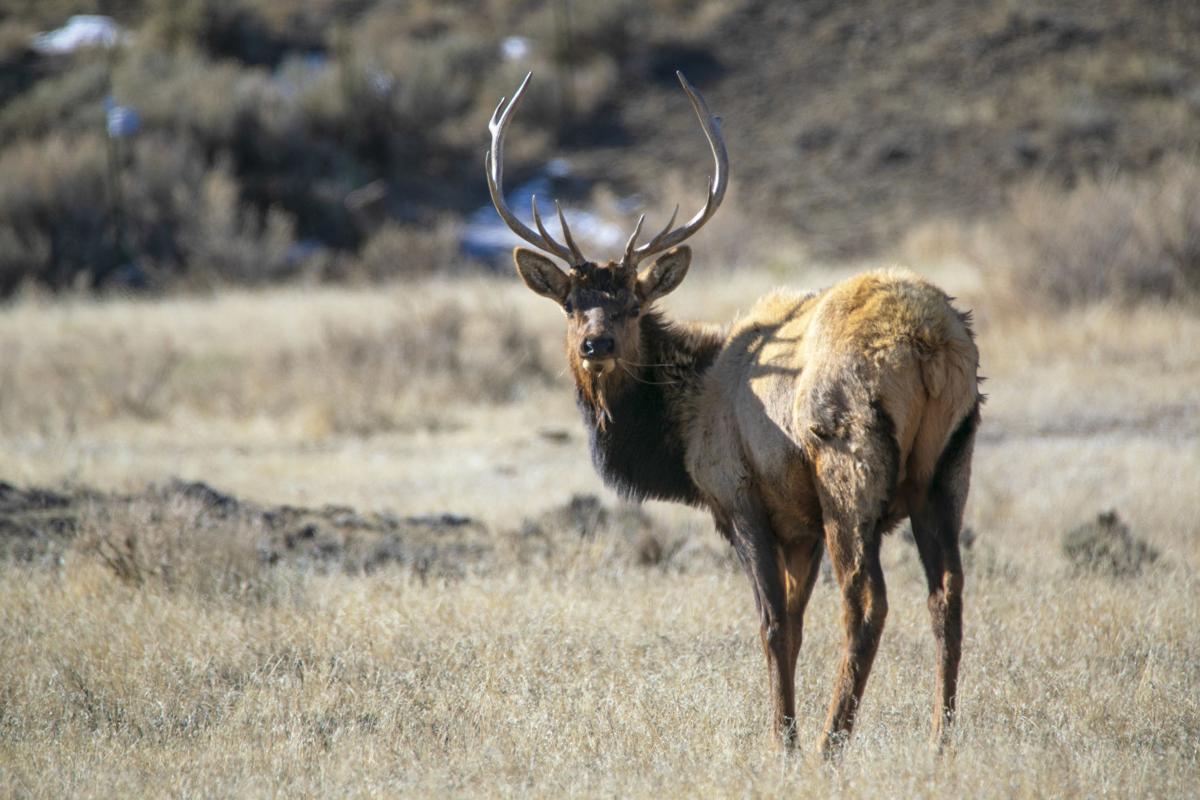 Elk permits given to landowners for allowing public access has stirred up division among the Fish and Wildlife Commission as well as hunters. 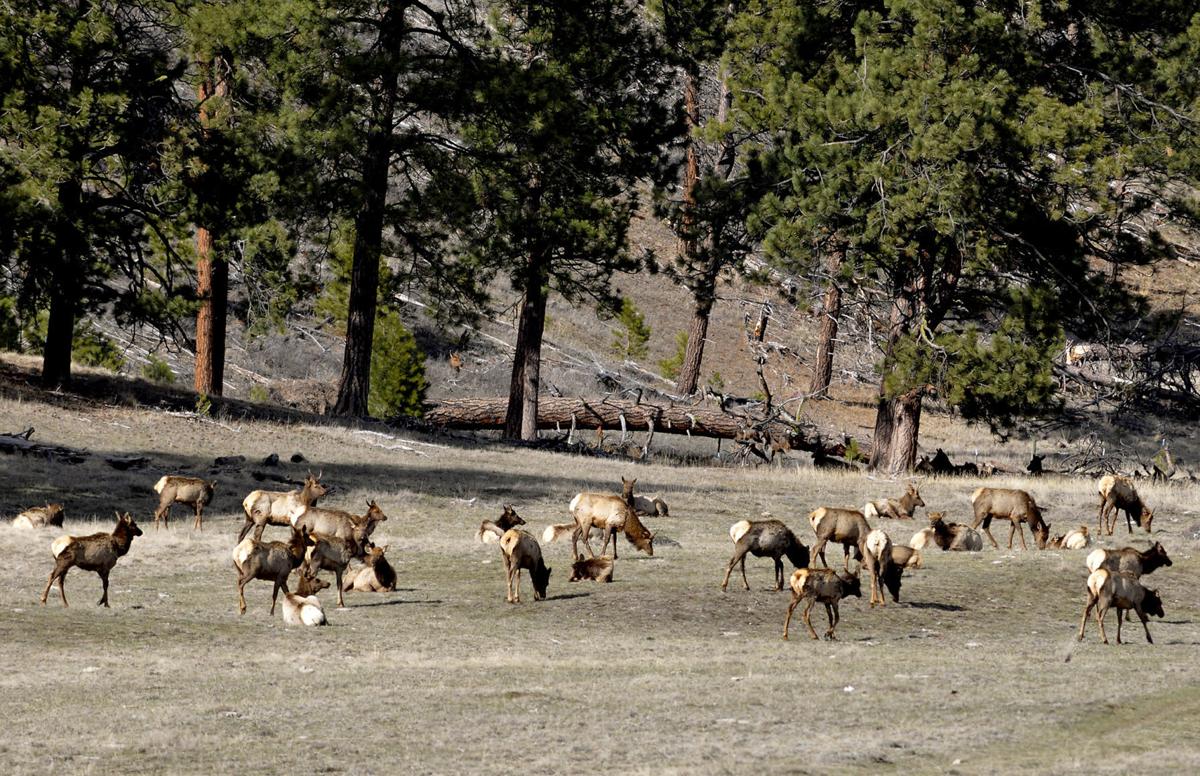 Access for elk hunting is a continuing challenge that has limited opportunities for many hunters.