In a unique move to protect 634 acres from subdivision near Henry’s Lake on the western edge of Yellowstone National Park, The Nature Conservancy and Beartooth Group collaborated on a recent purchase.

To move quickly, the Bozeman-based conservation investment group bought the 1,072-acre Slash E Ranch in May, breaking off the portion that went to The Nature Conservancy in a September sale. Because the Conservancy only wanted part of the property, and the landowner wanted to sell all of it, Beartooth Group founder Robert Keith stepped in to acquire the additional acreage.

The area is well-known to fishing guides who called the Howard Creek Ranch in one corner of the property a home for wayward fishing guides. Its location is why: 15 miles from the Madison and Henry’s Fork rivers as well as Hebgen Lake.

The Audubon Society calls it a “keystone landscape” in the Greater Yellowstone Ecosystem, noting it’s importance to a variety of wildlife, waterfowl and birds. The Bureau of Land Management has designated its public lands near Henry’s Lake an Area of Critical Environmental Concern.

Snowmobilers ride a myriad of trails in the region, making it a popular destination in the winter.

The property was owned by Tom and Sue Cole and the Cole Family Trust. It was initially listed by Fay Ranches for $8.75 million and includes four log buildings. Neither group would disclose the final sale price.

Consequently, the group hopes to resell its portion of the ranch once it has been protected by a conservation easement.

“There’s a lot of appeal to property in this area,” O’Sullivan said. “For better or worse there’s a lot more awareness of Idaho and people wanting to have land in the West.”

The conservation easement will take away some of the value of the land for resale, she added. In a similar acquisition, TNC bought property in the Pioneer Mountains near Craters of the Moon National Park in Idaho and sold it to a rancher in about two years.

A portion of the newly acquired TNC property is leased to a local rancher for seasonal grazing, which will continue.

“I’m just so happy to see this property not getting developed,” local resident John Spencer said in a TNC press release. “And, it is staying in agriculture. I can’t think of a better outcome.”

The land the Conservancy bought from Beartooth Group is located at the intersection of Highways 87 and 20 along Howard Creek, not far from the Caribou-Targhee National Forest. The land had been approved for subdivision by Fremont County and could be divided into 80 tracts for 20-acre home sites, along with an RV park.

“This is really a critical crossroads, or critical pinch point for the wildlife coming out of Yellowstone moving up and down the Madison Valley and heading west to the Centennial (Mountains),” Keith said.

O’Sullivan agreed, noting, “A lot of us realize that national parks don’t support wildlife year-round, nor does public land support wildlife and their needs year-round. So we have this important ecosystem of the Greater Yellowstone Area, and private lands are a critical part of wildlife’s life-cycle throughout the year.”

In a press release, The Nature Conservancy described the area’s native sagebrush steppe, open grasslands and wetlands as “valuable habitat for a diversity of wildlife, including at-risk species like peregrine falcons, gray wolves, bald eagles, grizzly bears and trumpeter swans. Pronghorn rely heavily on the property seasonally and during migration. The property also encompasses portions of Howard Creek, which is a critical spawning stream for Yellowstone cutthroat trout.”

The purchase by Beartooth Group is different than what it originally set out to do when Keith formed the investment firm in 2005 with Carl Palmer. Back then, the company was Beartooth Capital, and the goal was to buy ranches and fix them up, while also providing investors an opportunity to use the lands for hunting, fishing and other recreation. Eventually, sometimes with conservation easements in place, the ranches were sold at a return to investors.

Keith said about two years ago Beartooth Group created a different pool of capital to make purchases, like the Slash E Ranch, that weren’t necessarily going to see a financial return on investment.

“Really, the return…is far more than financial,” Keith said. “It’s ecosystem services. It’s climate change. It’s elk migration. It is antelope movement. It’s grizzly bears. It’s small scale local agriculture. There are all of these other elements of return beyond the almighty dollar.”

He noted the Slash E Ranch was a “very complicated transaction with a lot of moving parts” because of the secondary sale to The Nature Conservancy.

“As the challenges to conservation continue to rise and the need to do our work, we just want to be creative and bring as many partners into the work as we can,” O’Sullivan said.

Those challenges can be a lack of money or a landowner unwilling to bargain, she added.

“It’s really cause for celebration when all of the pieces come together.”

The megafire has scorched more than 130,000 acres so far and three people have died during firefighting efforts.

A four-episode documentary on The Great Northern Railway will be released Sept. 30, telling the story of the man who built it.

A spokesperson for the Department of Justice on Thursday called the complaint "silly."

Could we eventually go from New York to London in less than 2 hours?

Could we eventually go from New York to London in less than 2 hours? 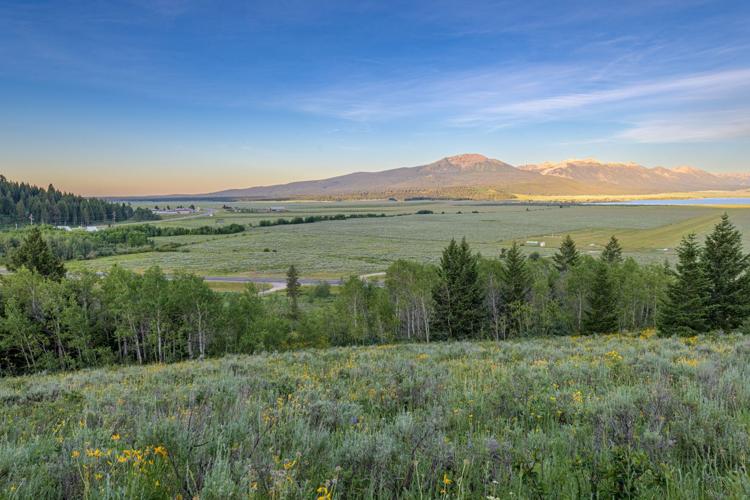 This photo overlooks the Henry's Lake valley and the Slash E Ranch, a portion of which was saved from subdivision when The Nature Conservancy purchased it earlier this month. 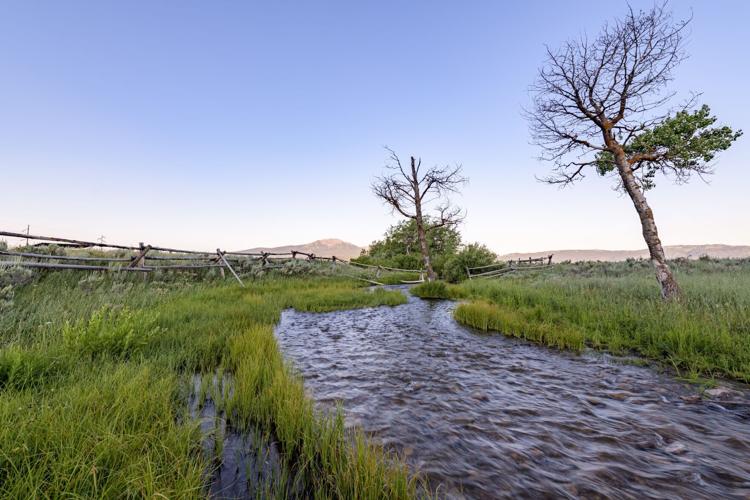 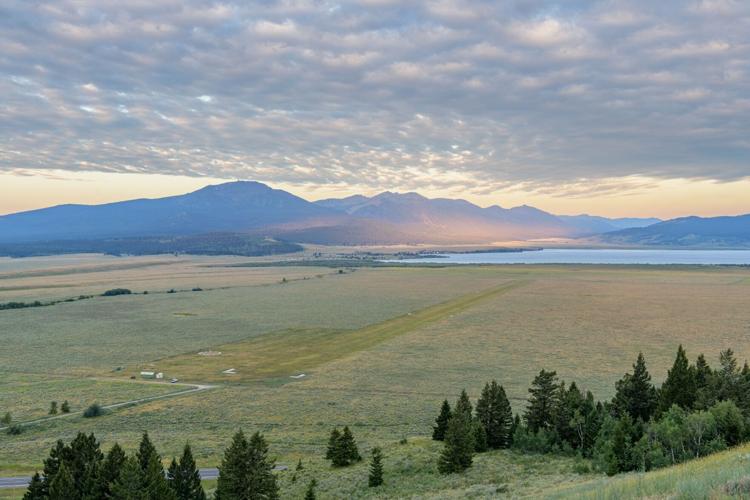 Looking west across the Slash E Ranch toward Henry's Lake shows the wide expanse of land still relatively undeveloped in the valley.